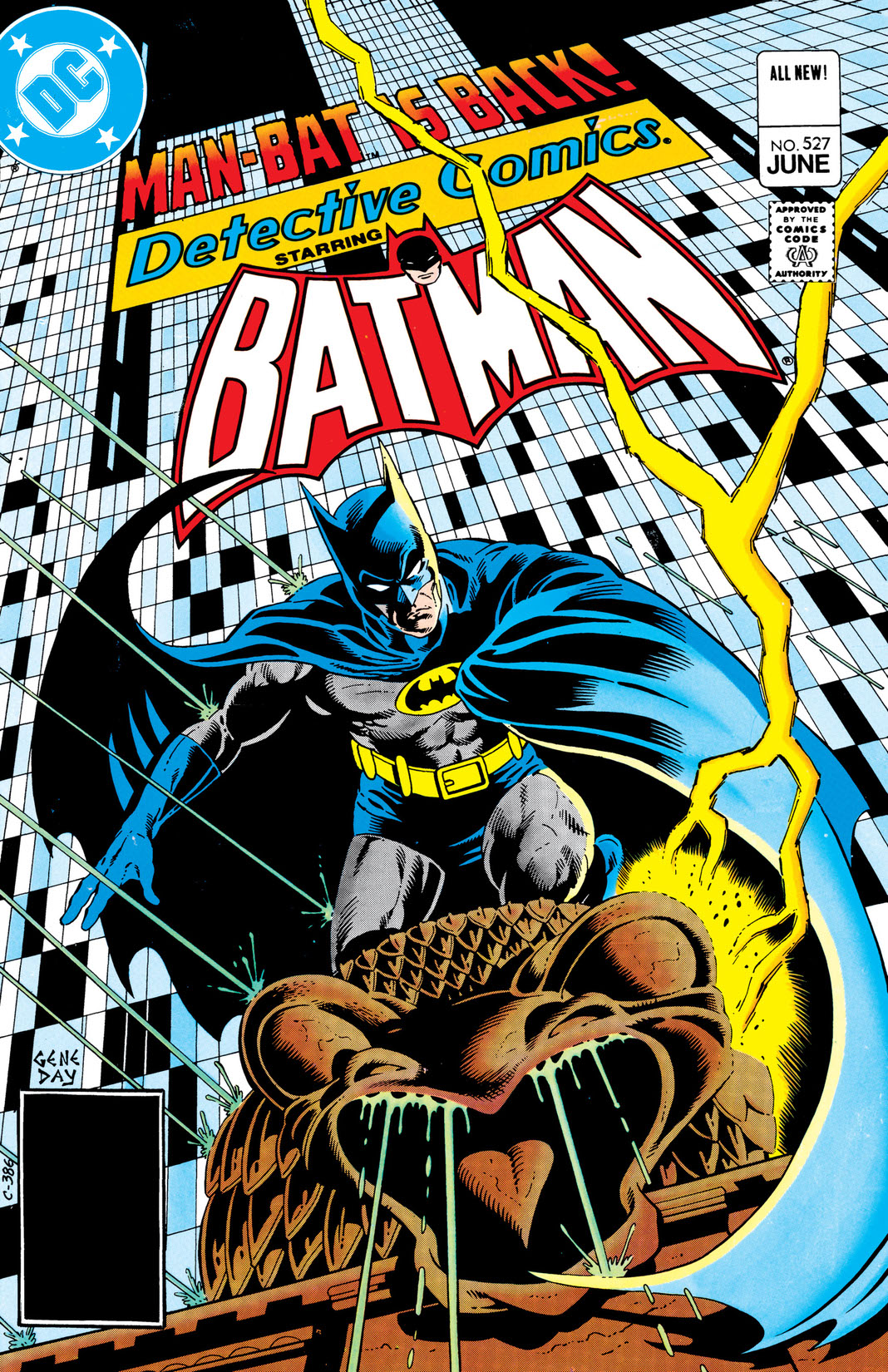 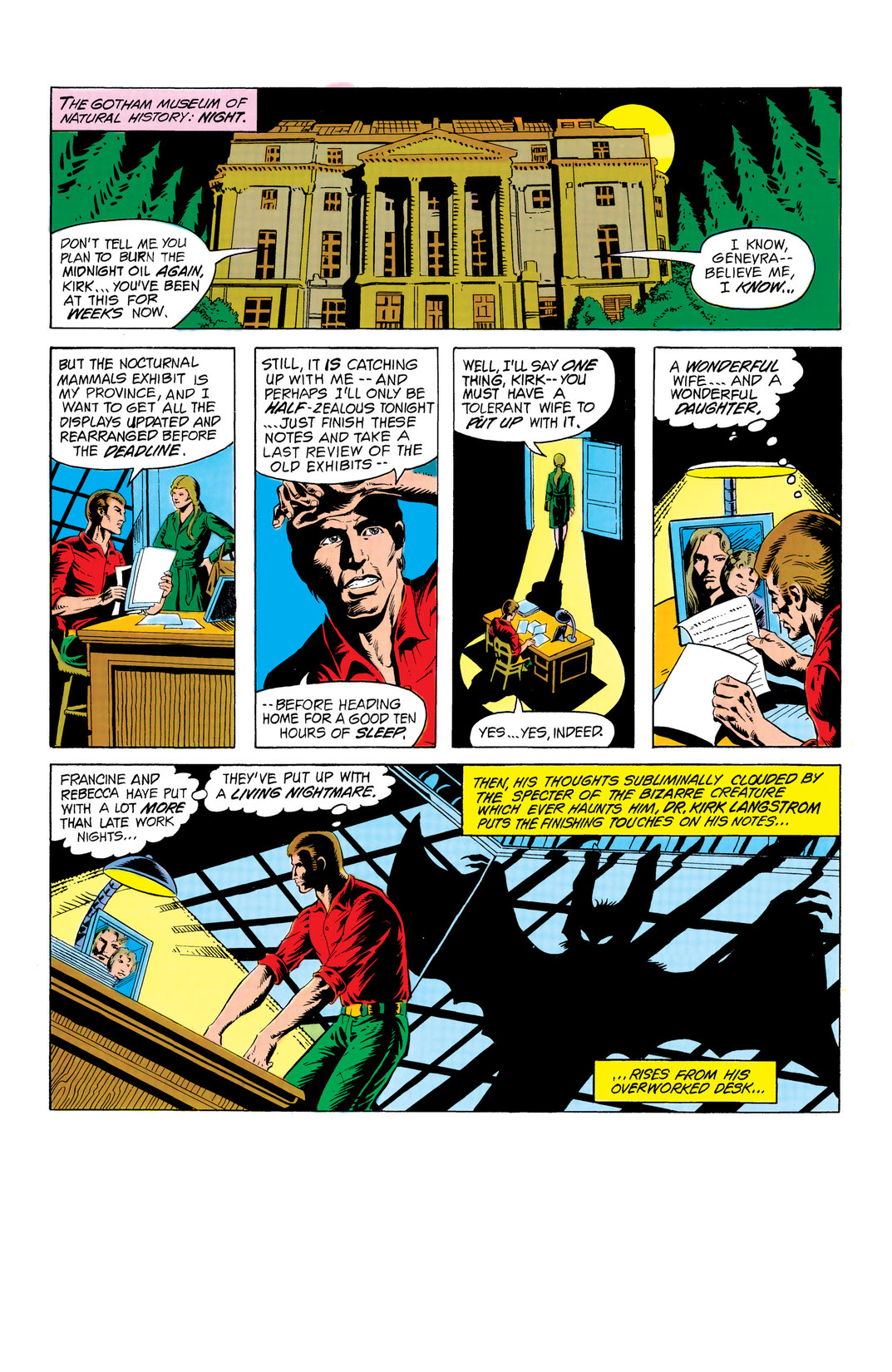 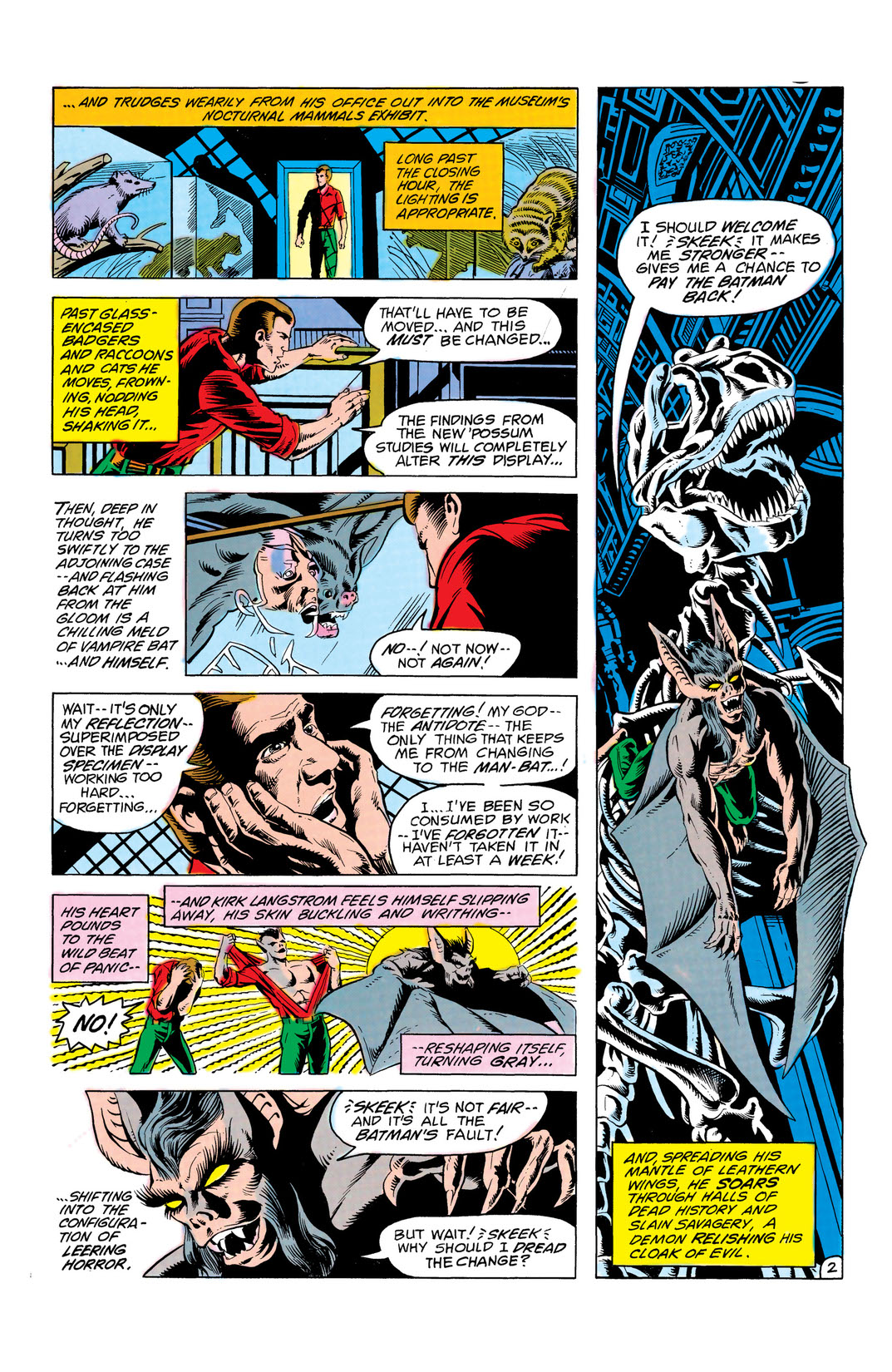 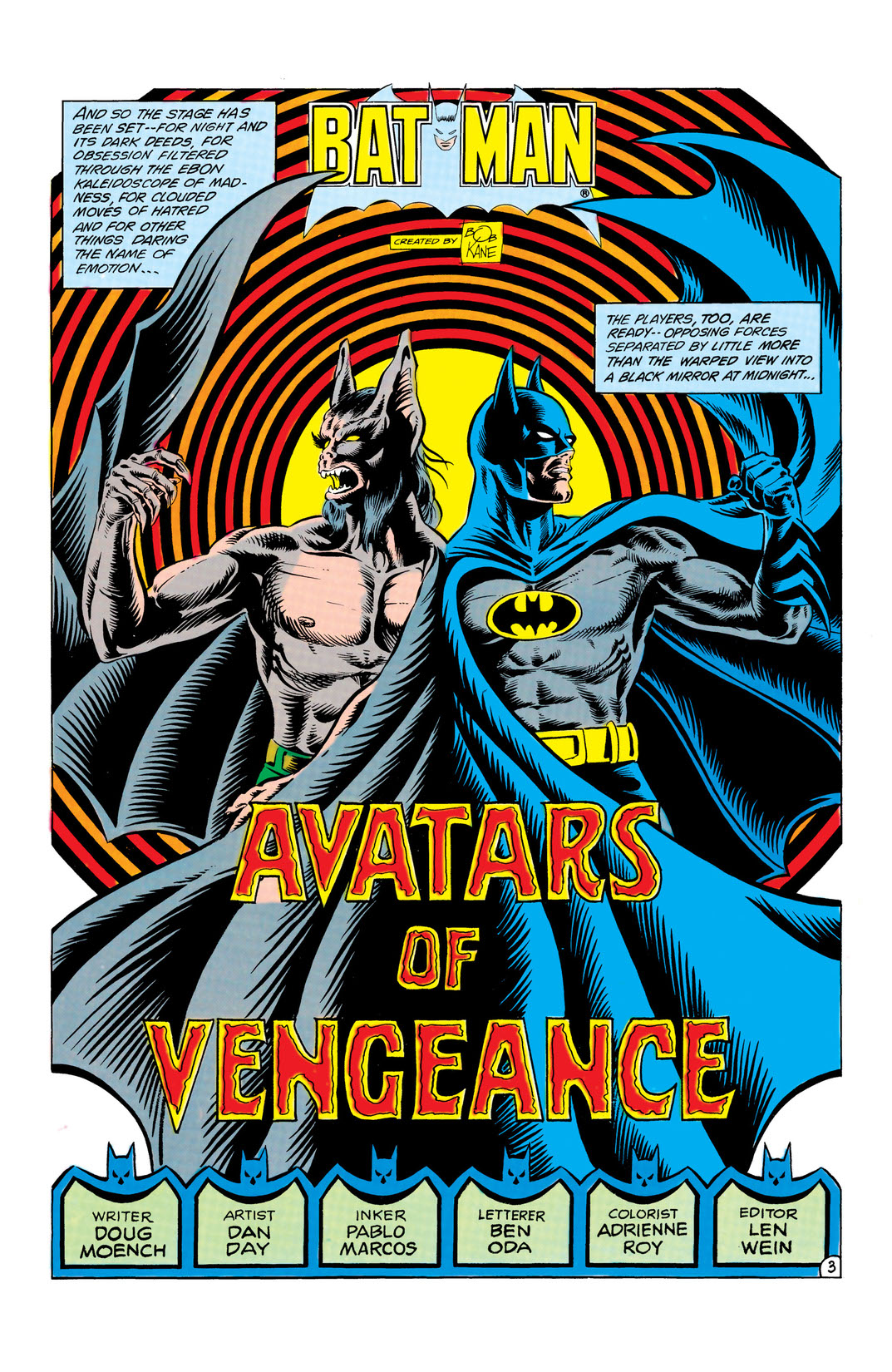 Kirk Langstrom transforms into a berserk Man-Bat again and kidnaps Jason Todd to repay Batman for supposedly destroying his daughter Rebecca. "Getting Up," script by Joey Cavalieri, pencils by Paris Cullins, inks by Pablo Marcos; Ozone, a graffiti artist and super-villain, employs super-high pressure aerosol cans in his crimes; But he accidentally takes an aerosol can loaded with botulinus poison, unknown to him; Green Arrow tries to capture Ozone during a robbery at a mens magazine office, but gets thrown a can of spray which propels him through a window 30 stories above the ground.