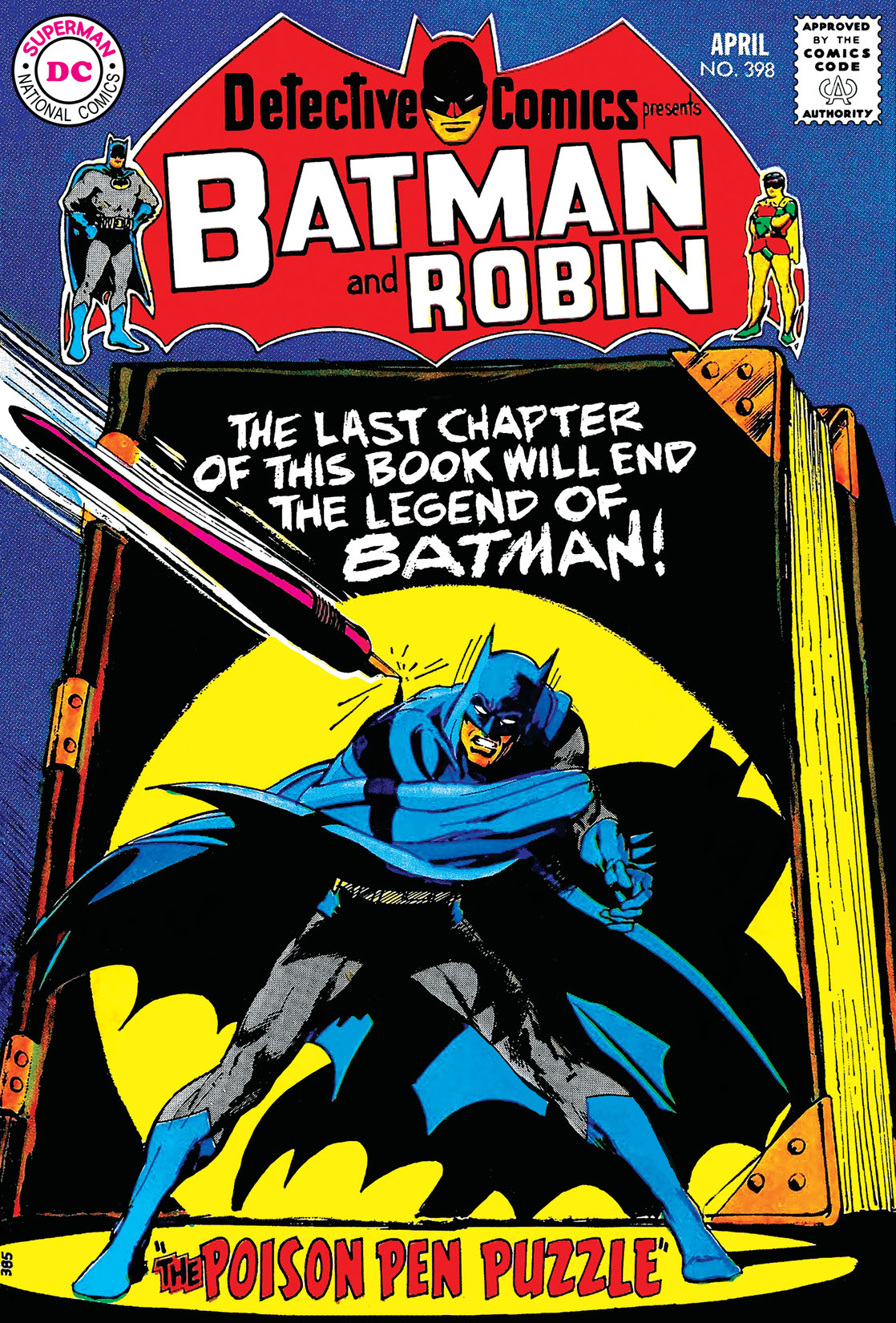 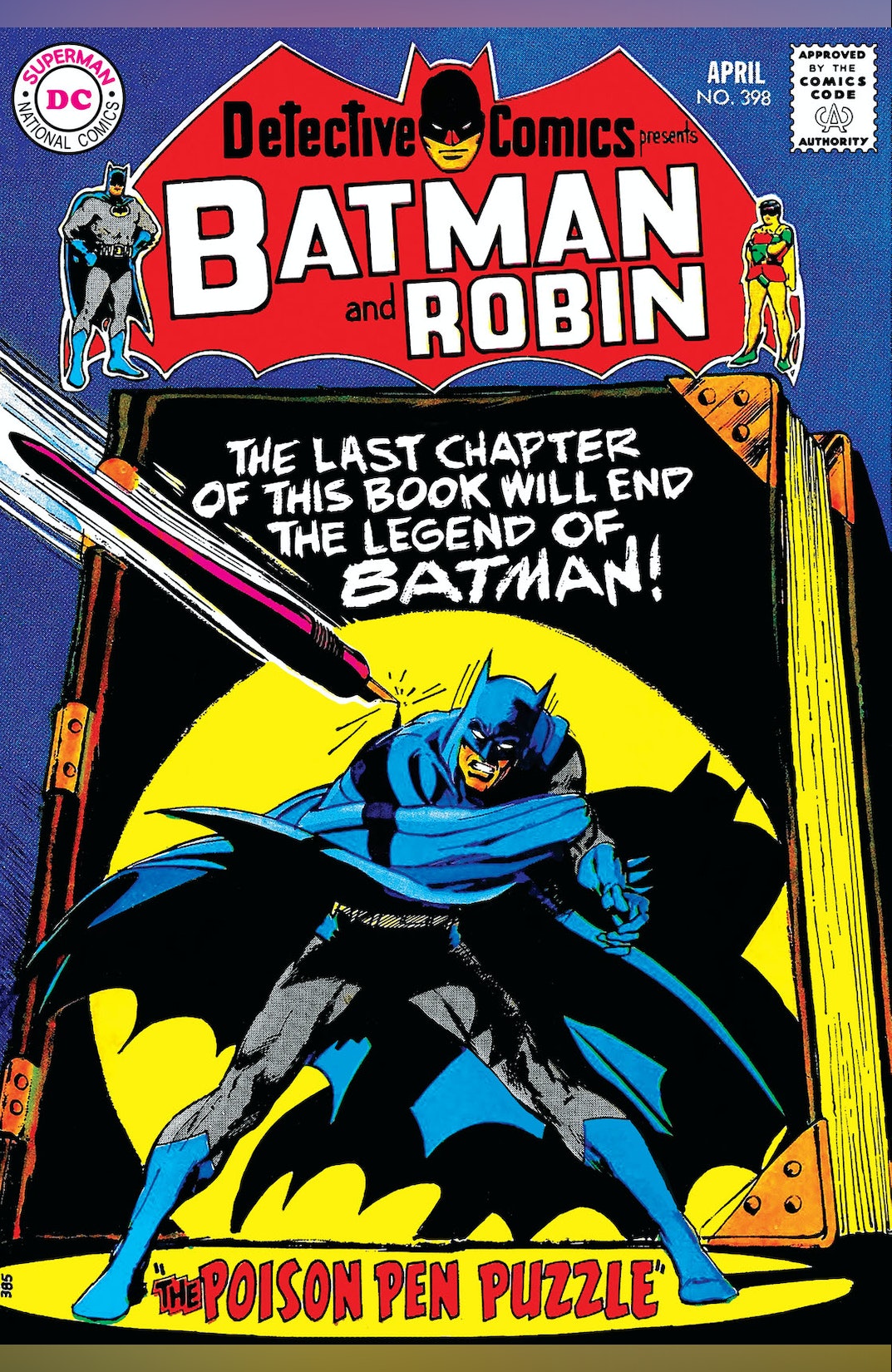 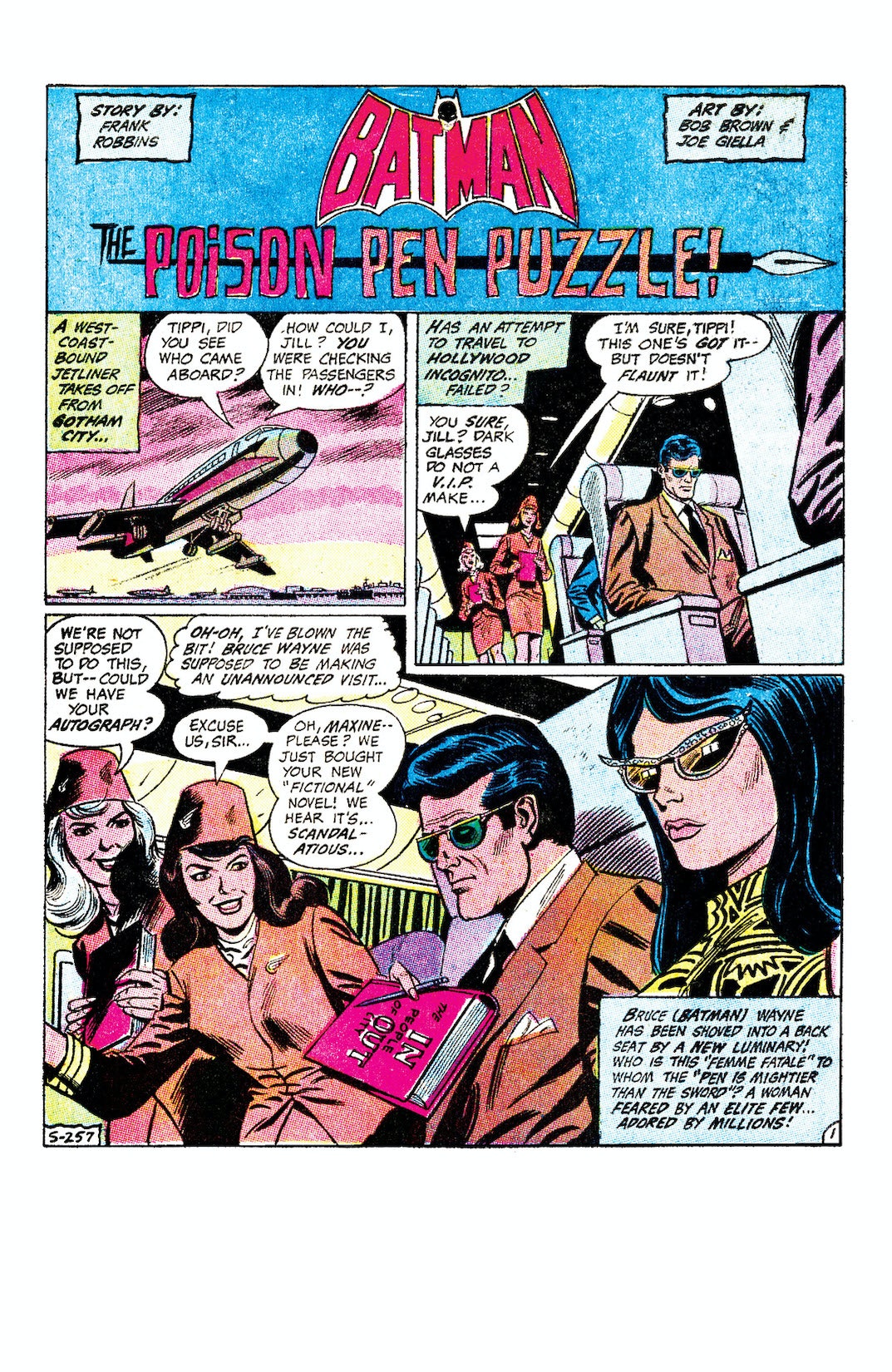 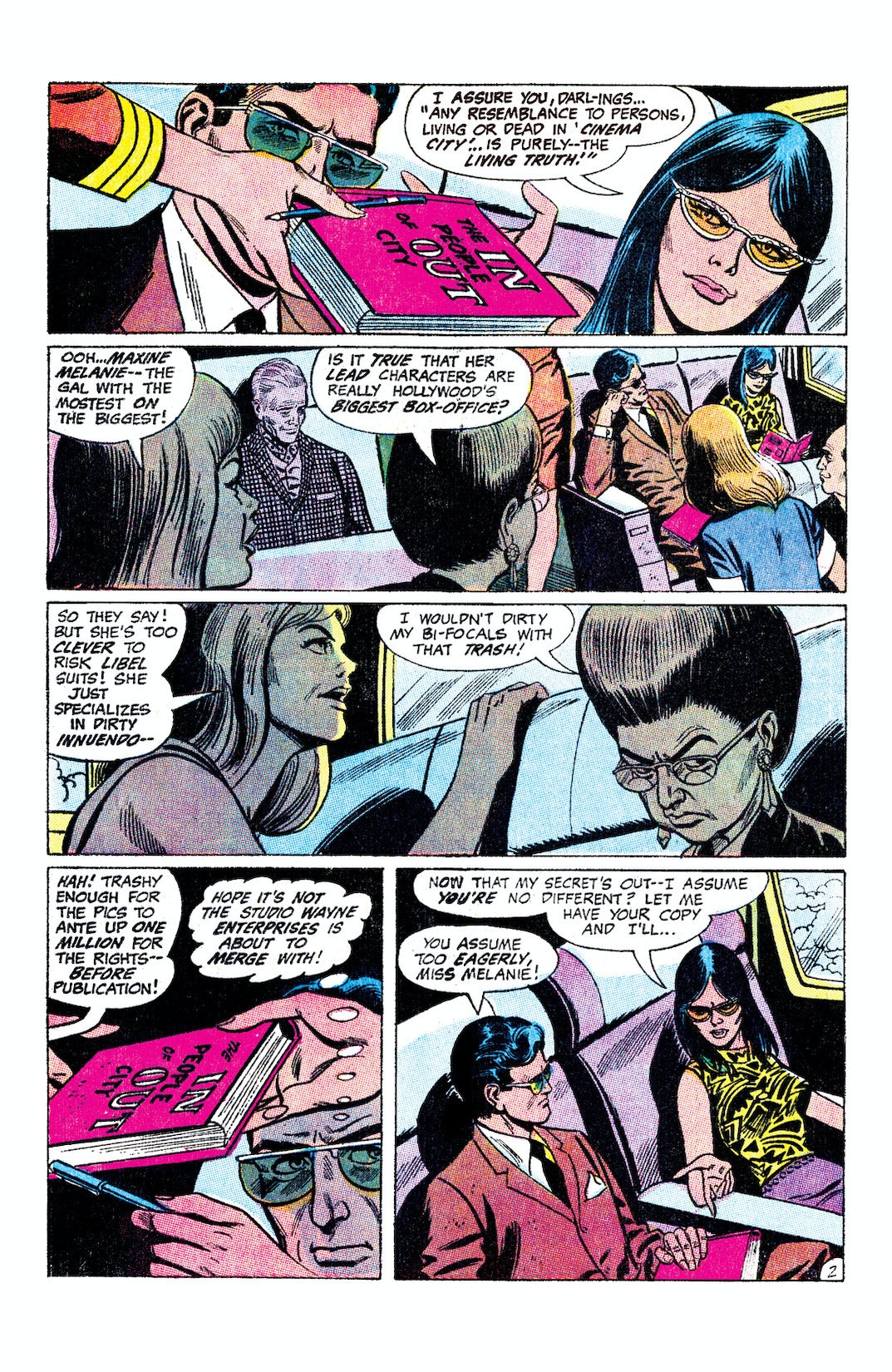 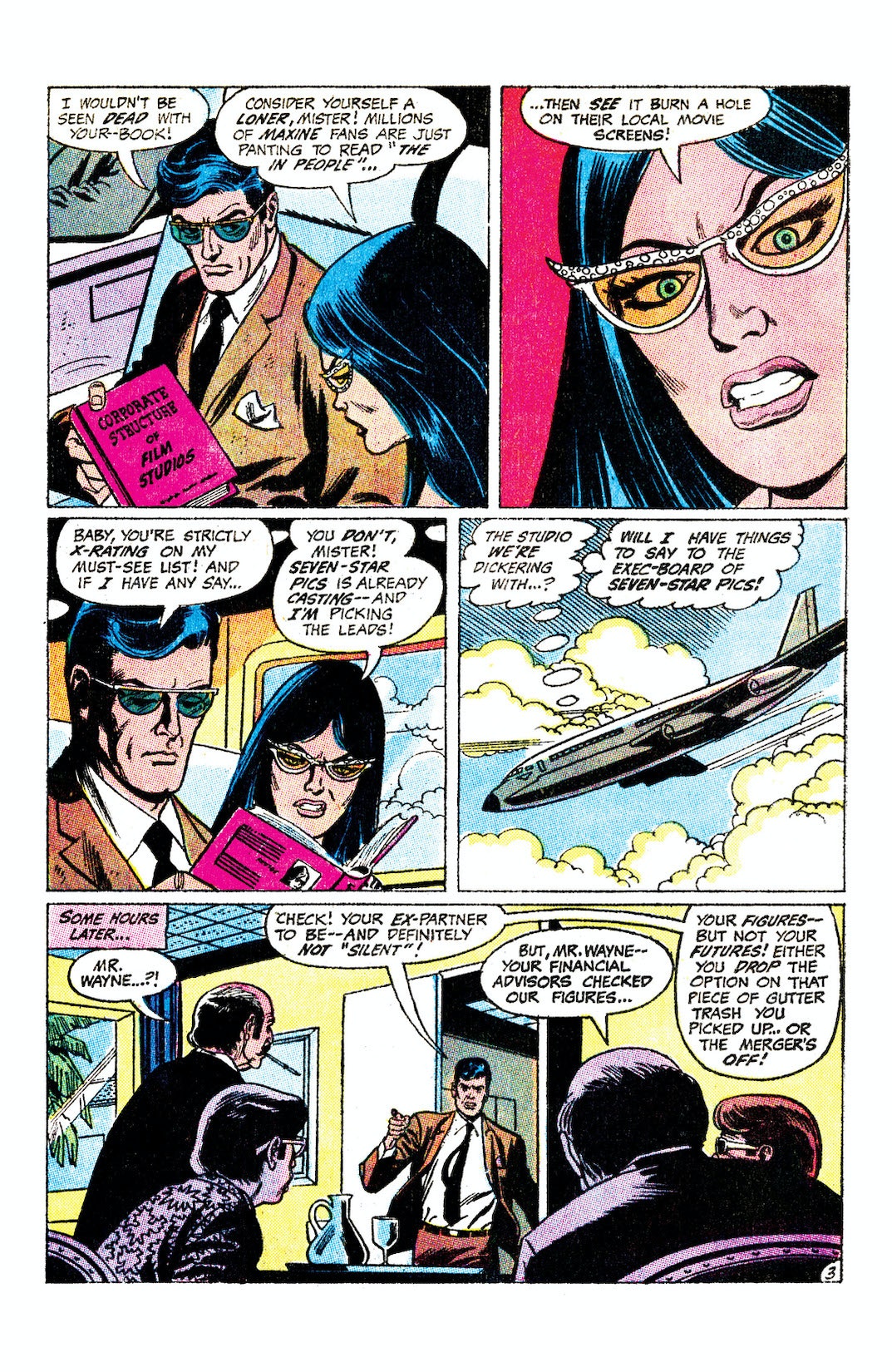 “THE POISON-PEN PUZZLE!” On a trip to Hollywood to check out a movie studio on whose board he now sits, Bruce Wayne must become Batman to solve the mystery of a novelist slain by a literally poisoned pen. “MOON-STRUCK.” While attending a science lecture as Dick Grayson, Robin sees a lunar rock turn another student green. Is it strange radiation from the moon, or a prank?