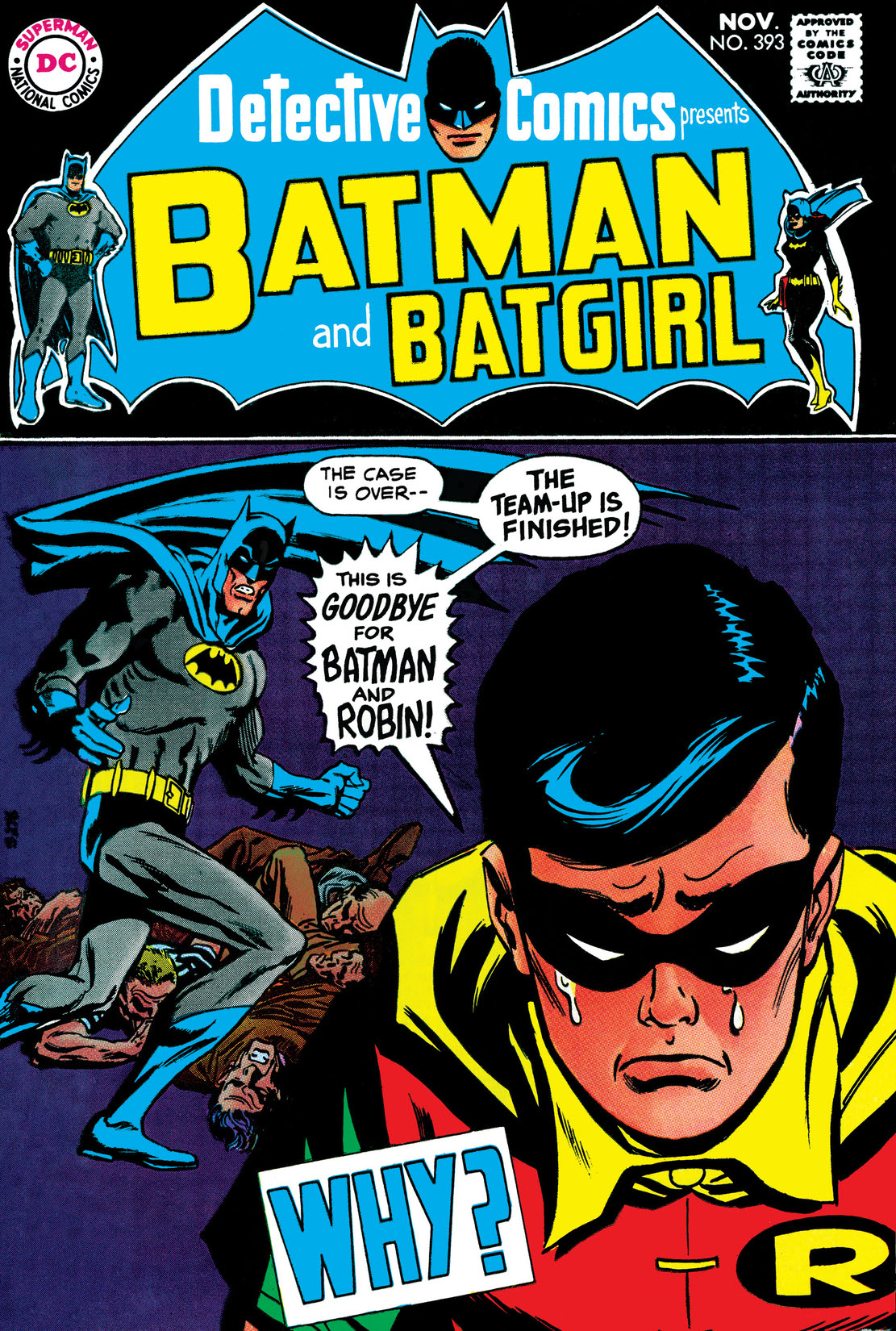 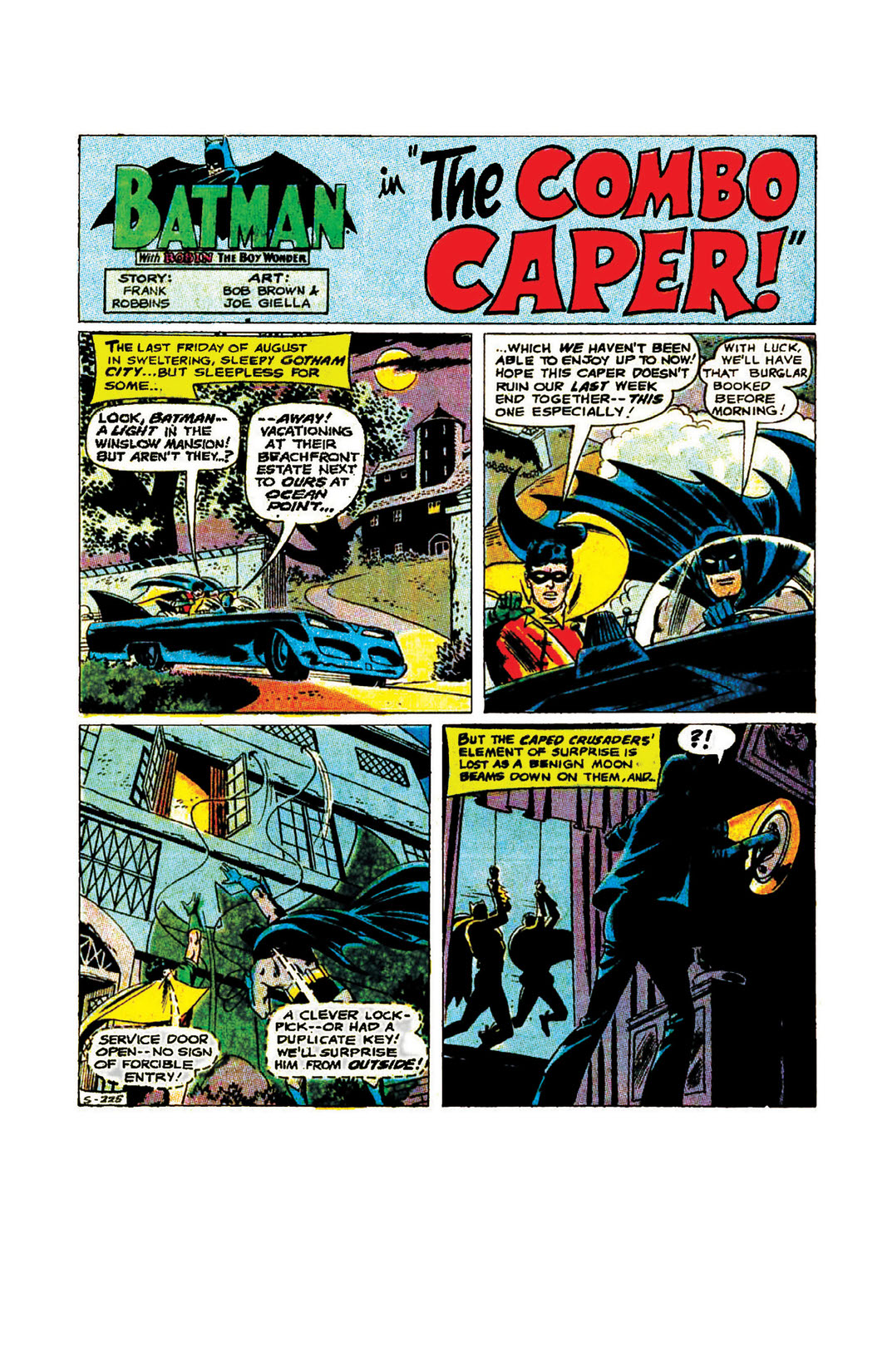 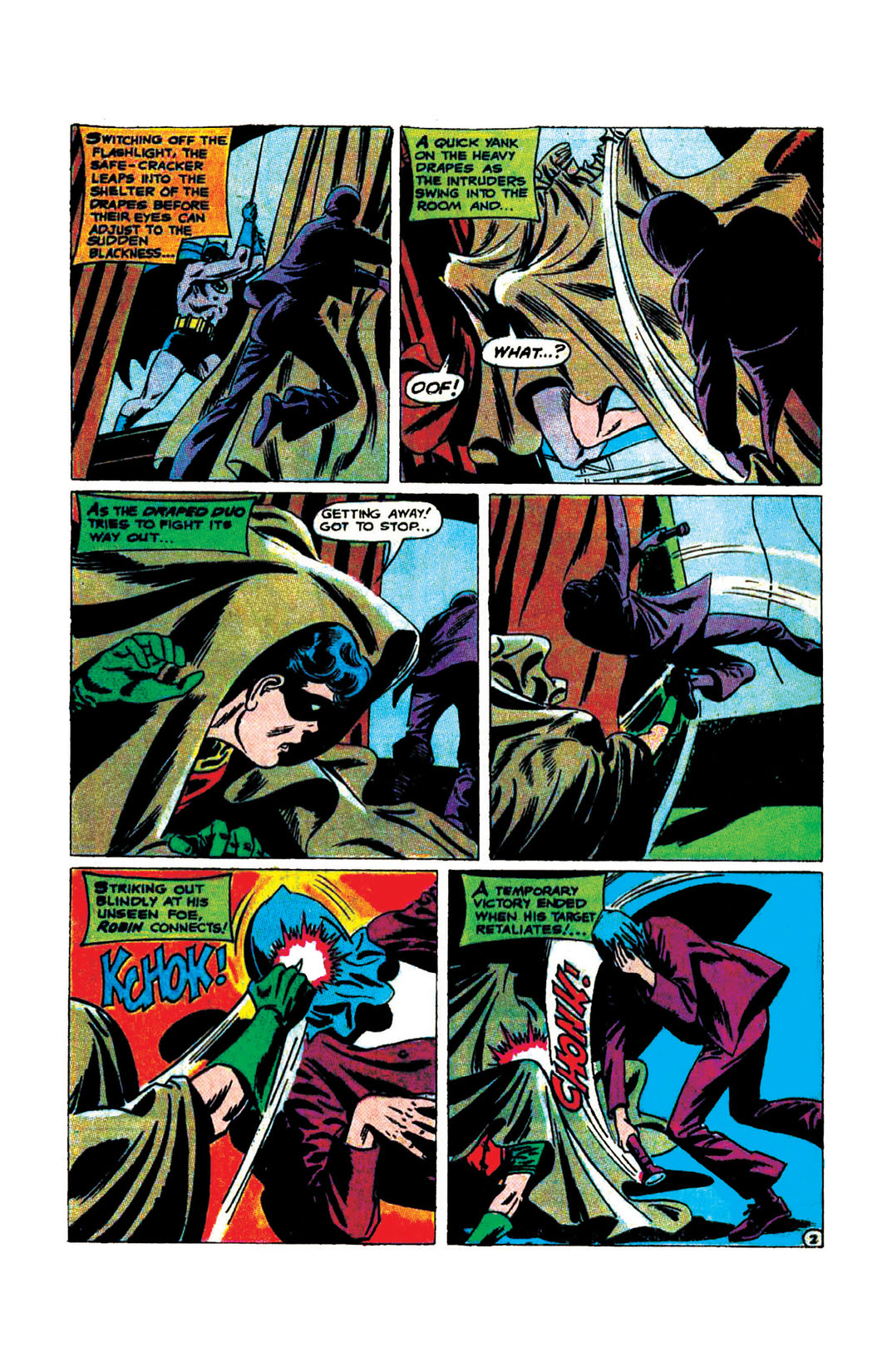 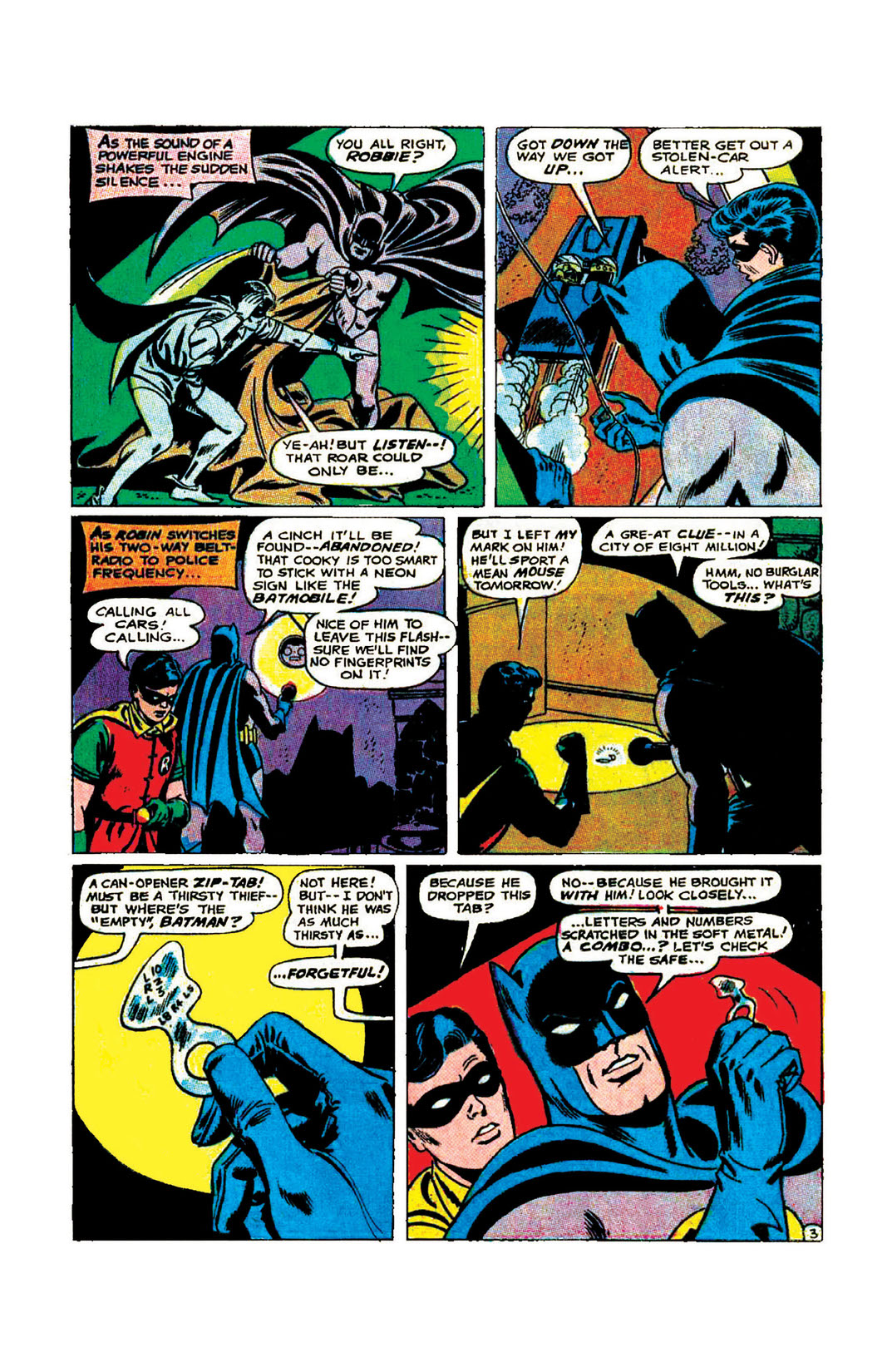 “THE COMBO CAPER!” Batman and Robin investigate the mystery of a neighbor’s cracked safe! “DOWNFALL OF A GOLIATH!” Barbara Gordon and Jason Bard investigate the prime suspect in a mugging that turned into a murder!