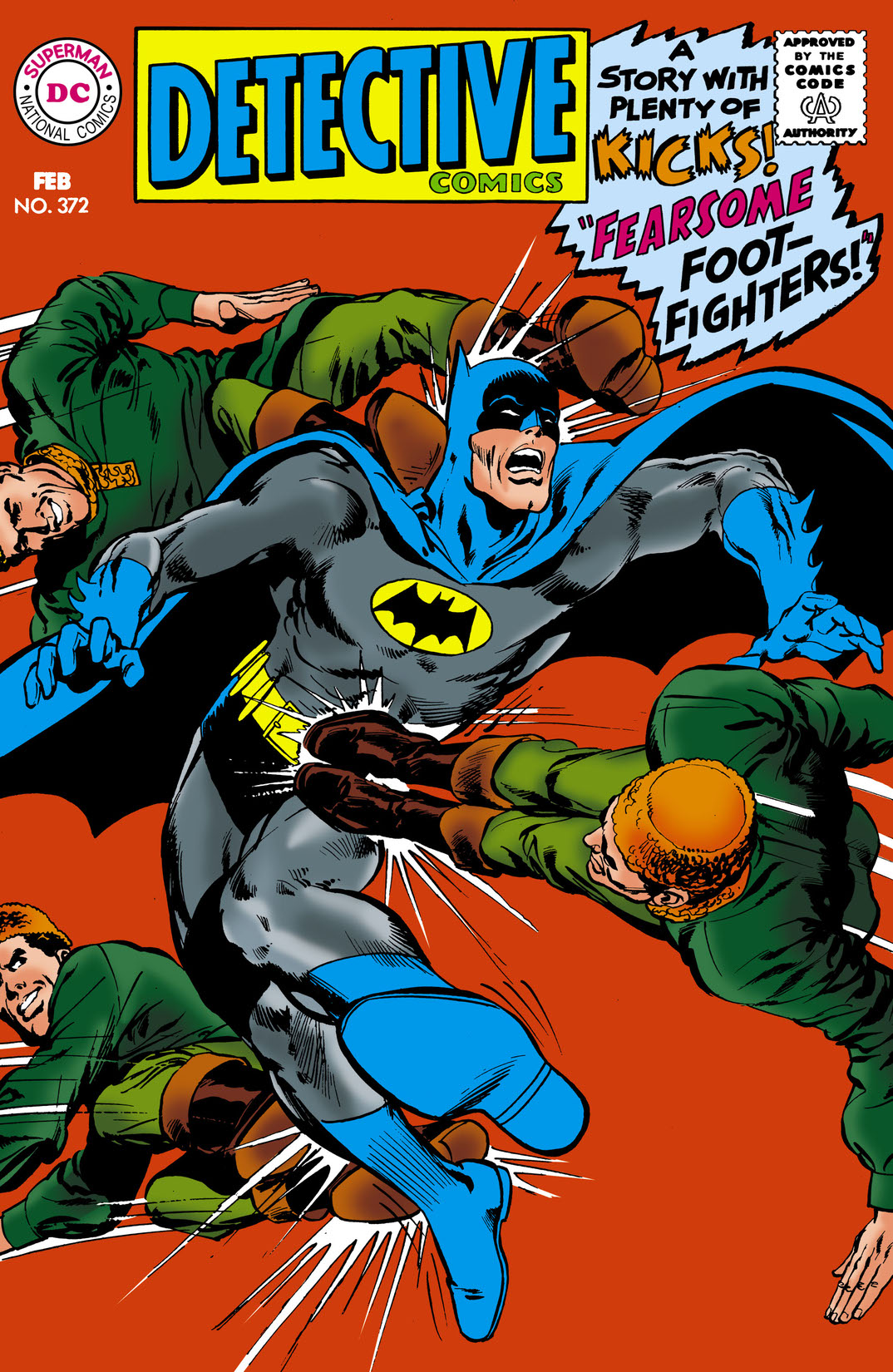 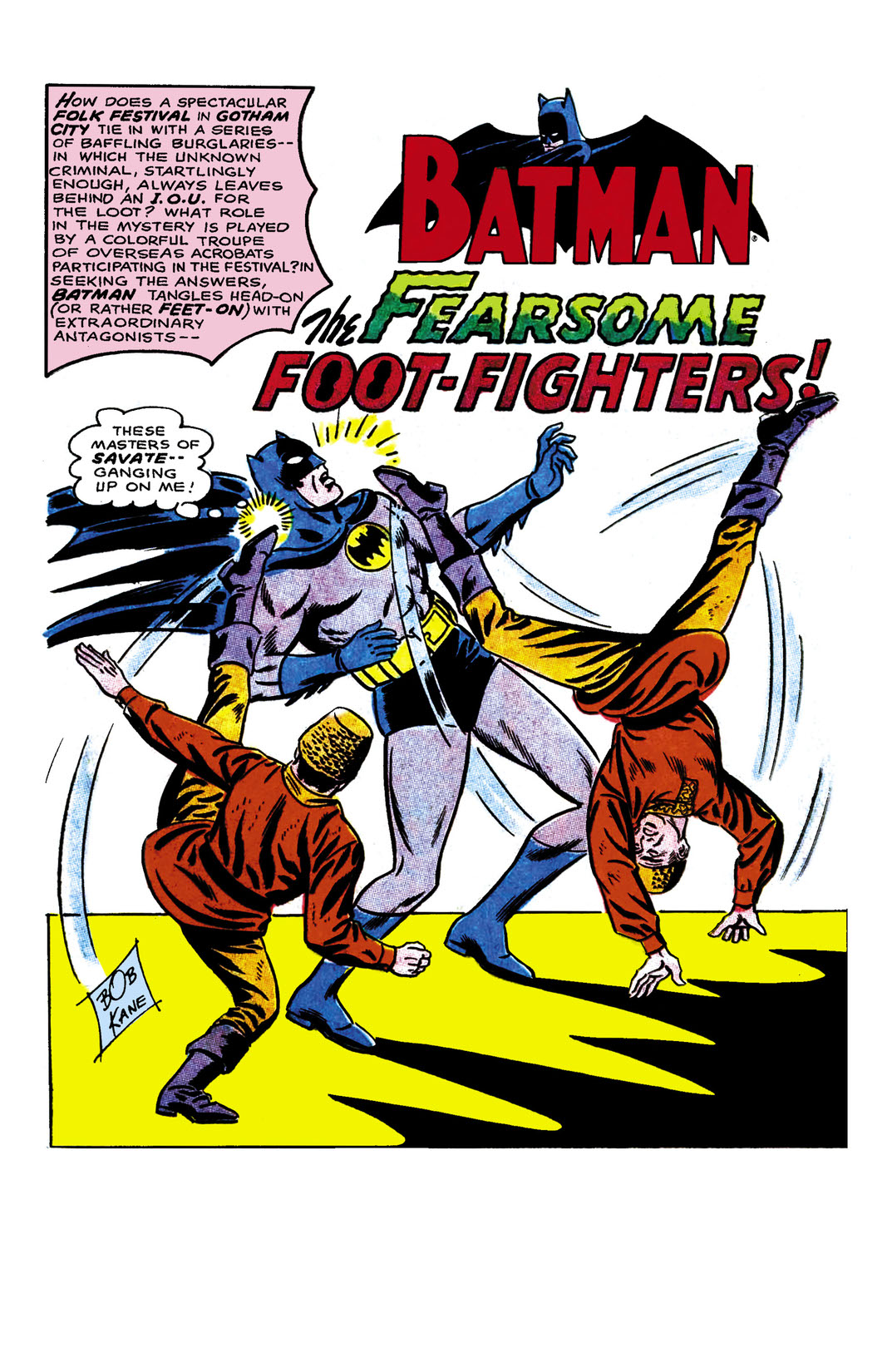 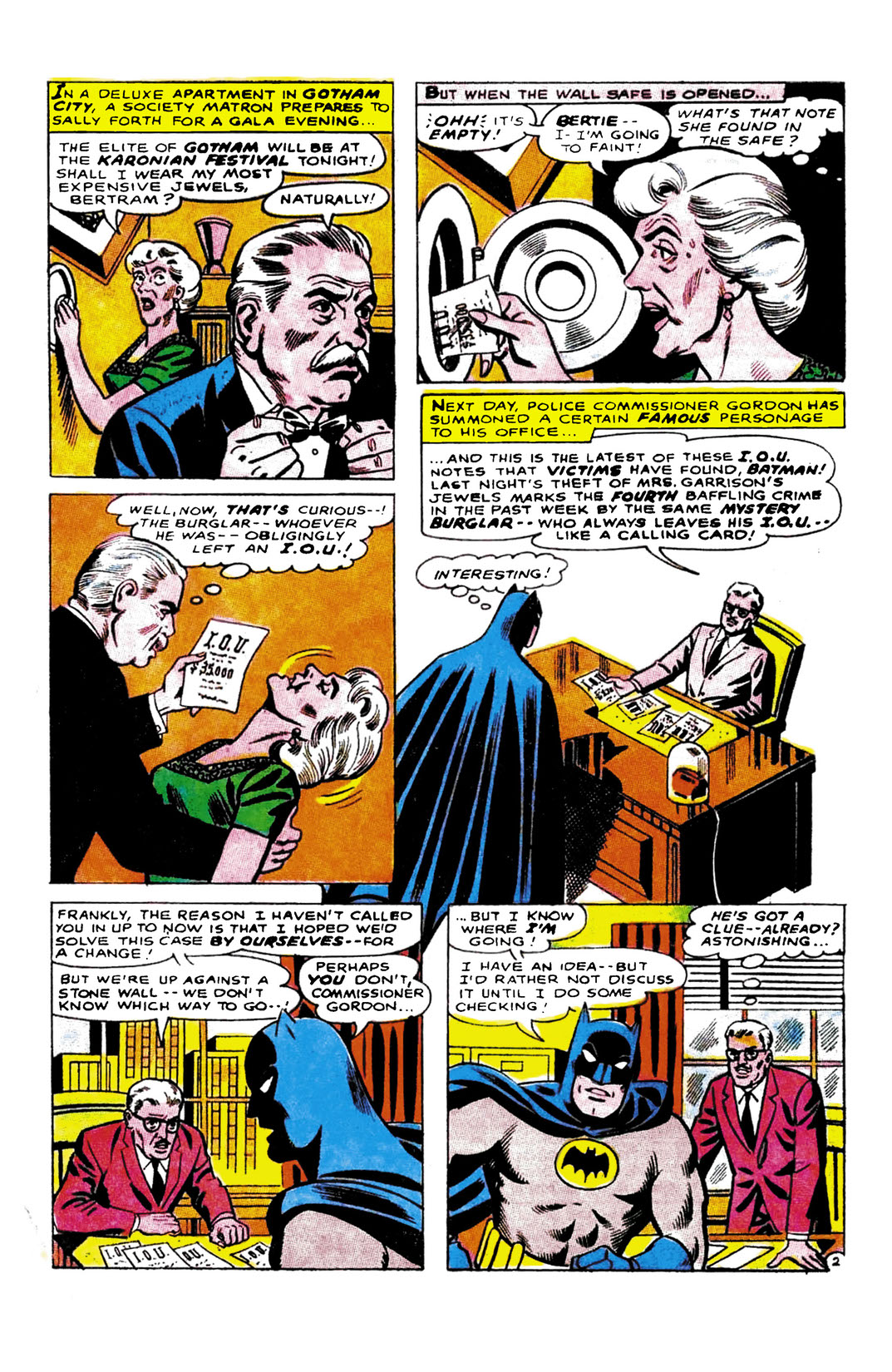 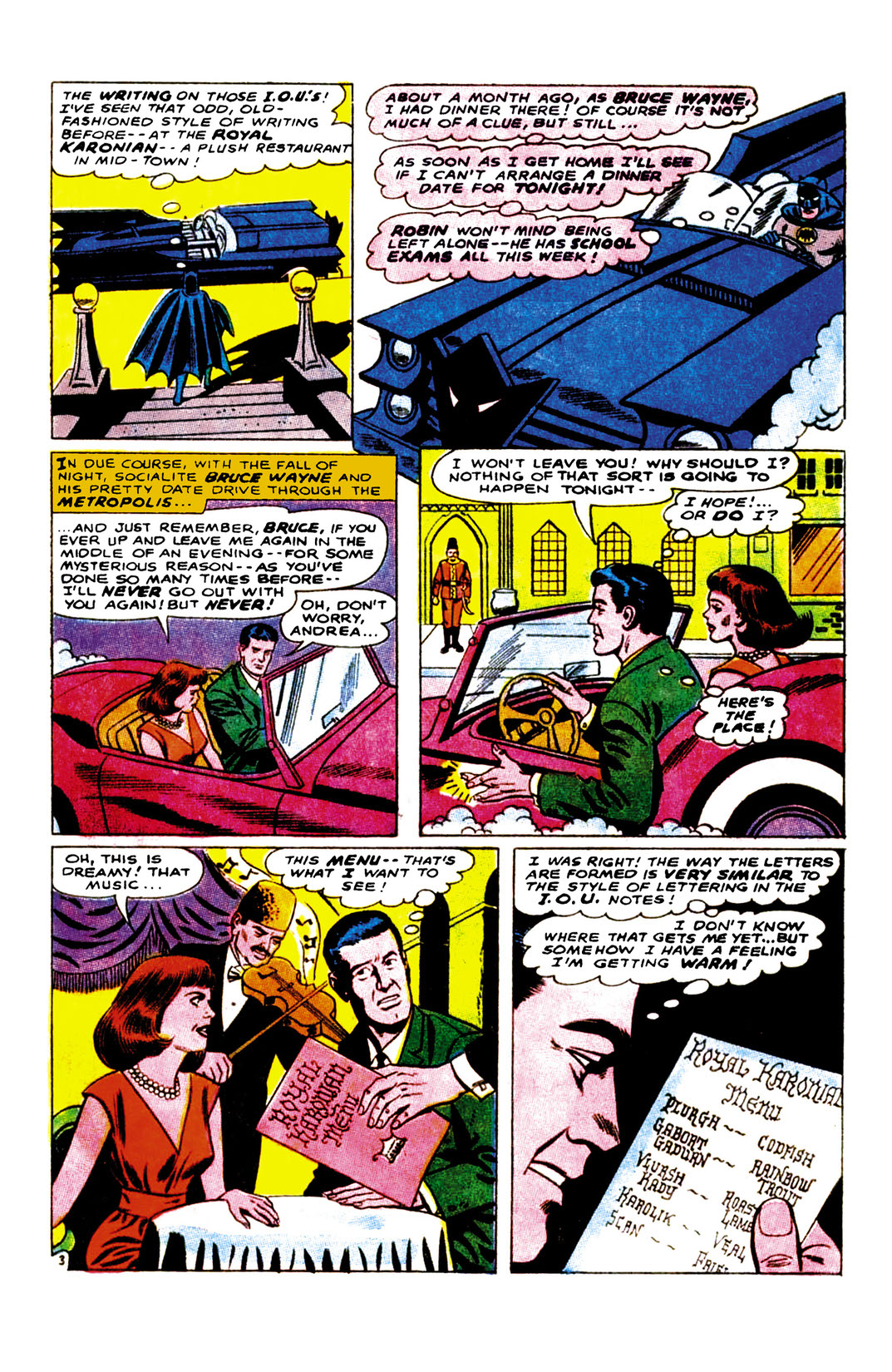 “THE FEARSOME FOOT-FIGHTERS!” Batman is called by Commissioner Gordon to investigate a series of crimes wherein the wealthy of Gotham City have been burgled of valuables; however, the thieves have left behind IOU cards!