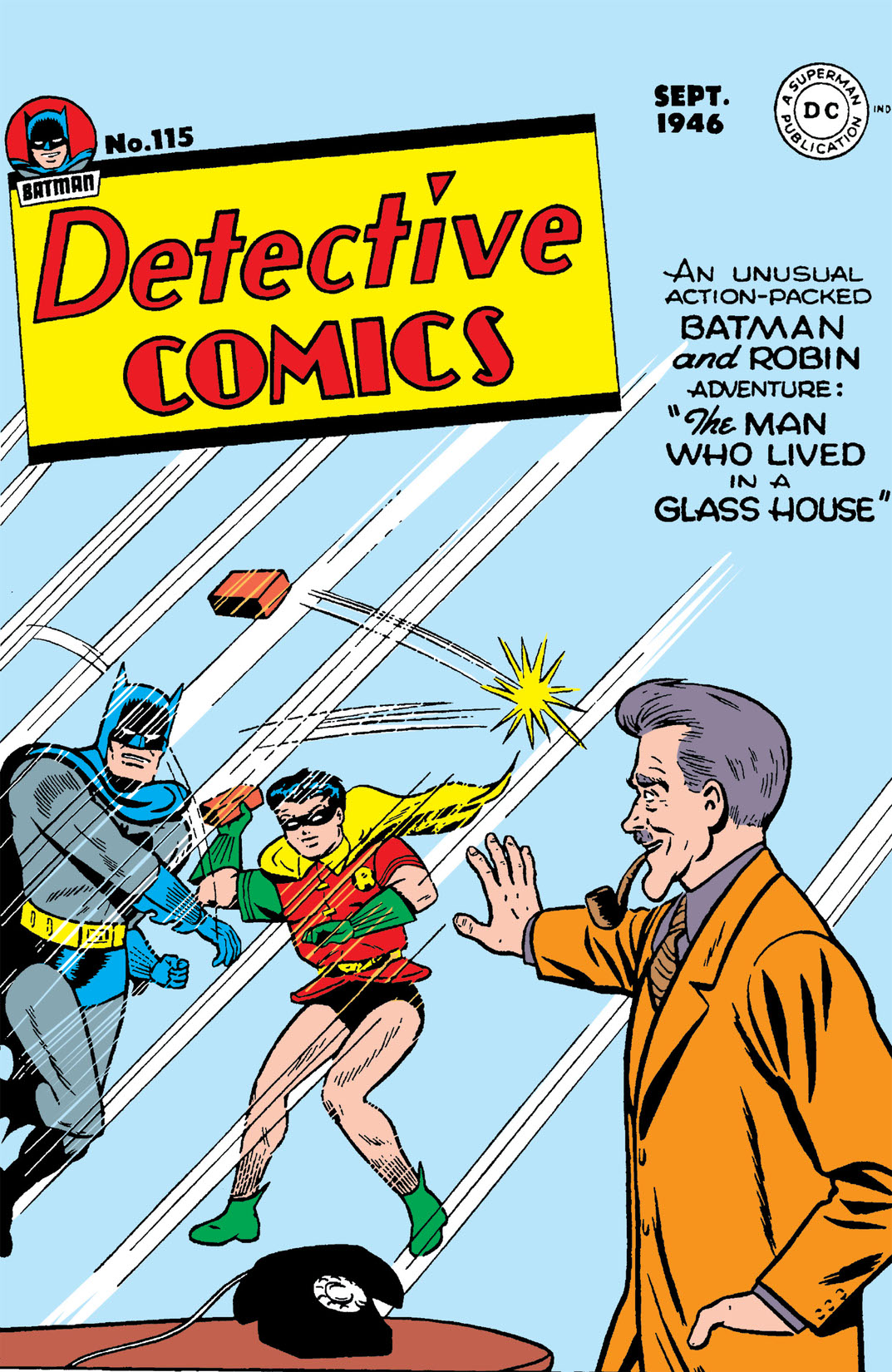 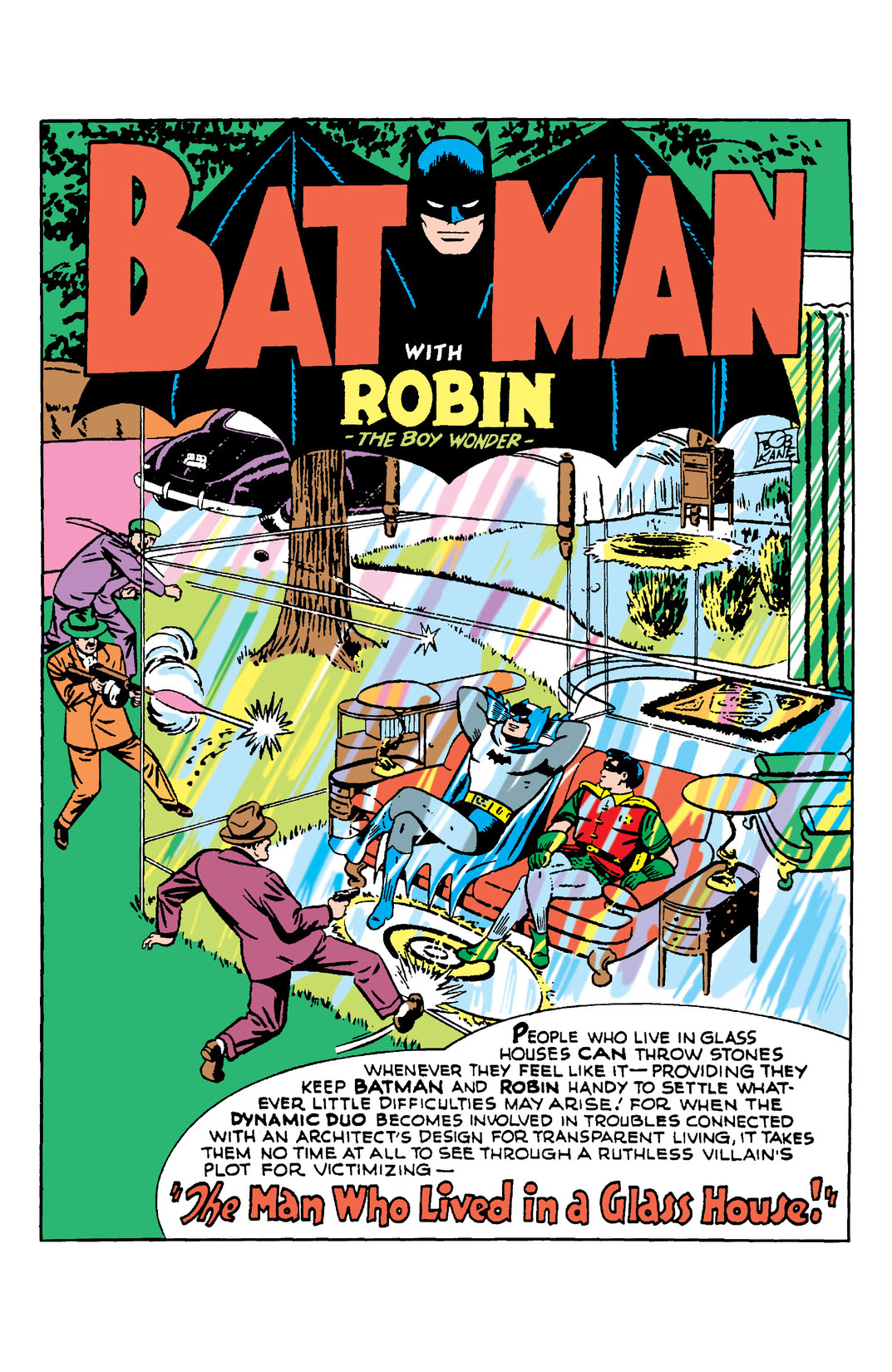 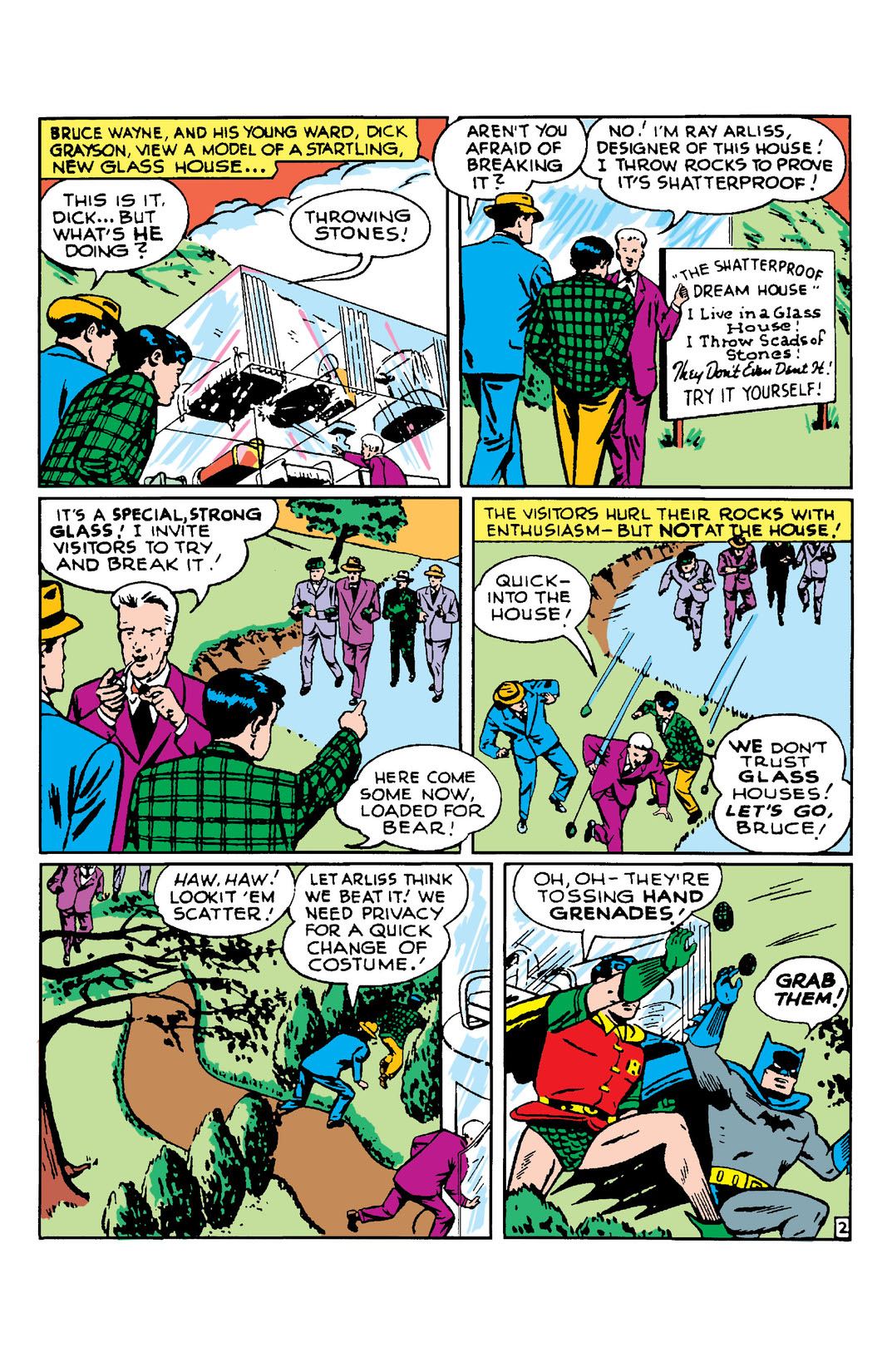 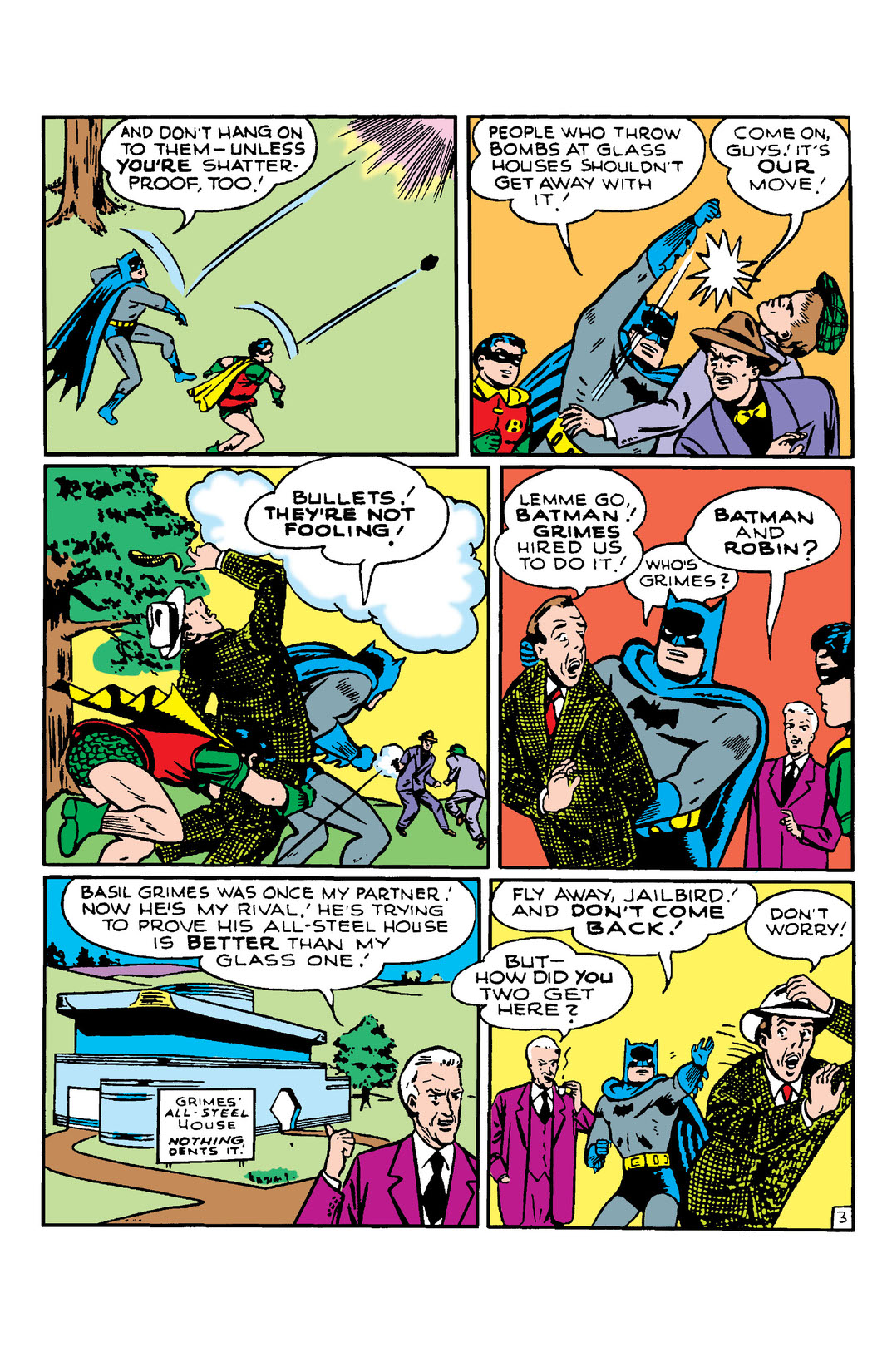 “THE MAN WHO LIVED IN A GLASS HOUSE.” Batman and Robin defend a home from crooks. But this isn’t just any home, it’s made entirely of glass! “DEAD MEN CAN TELL TALES.” Air Wave discovers that the mother of a close friend is getting scammed by a crooked medium. “MOLAR MOBSTERS.” Slam Bradley and Shorty go up against a gang using stolen laughing gas to rob their victims!