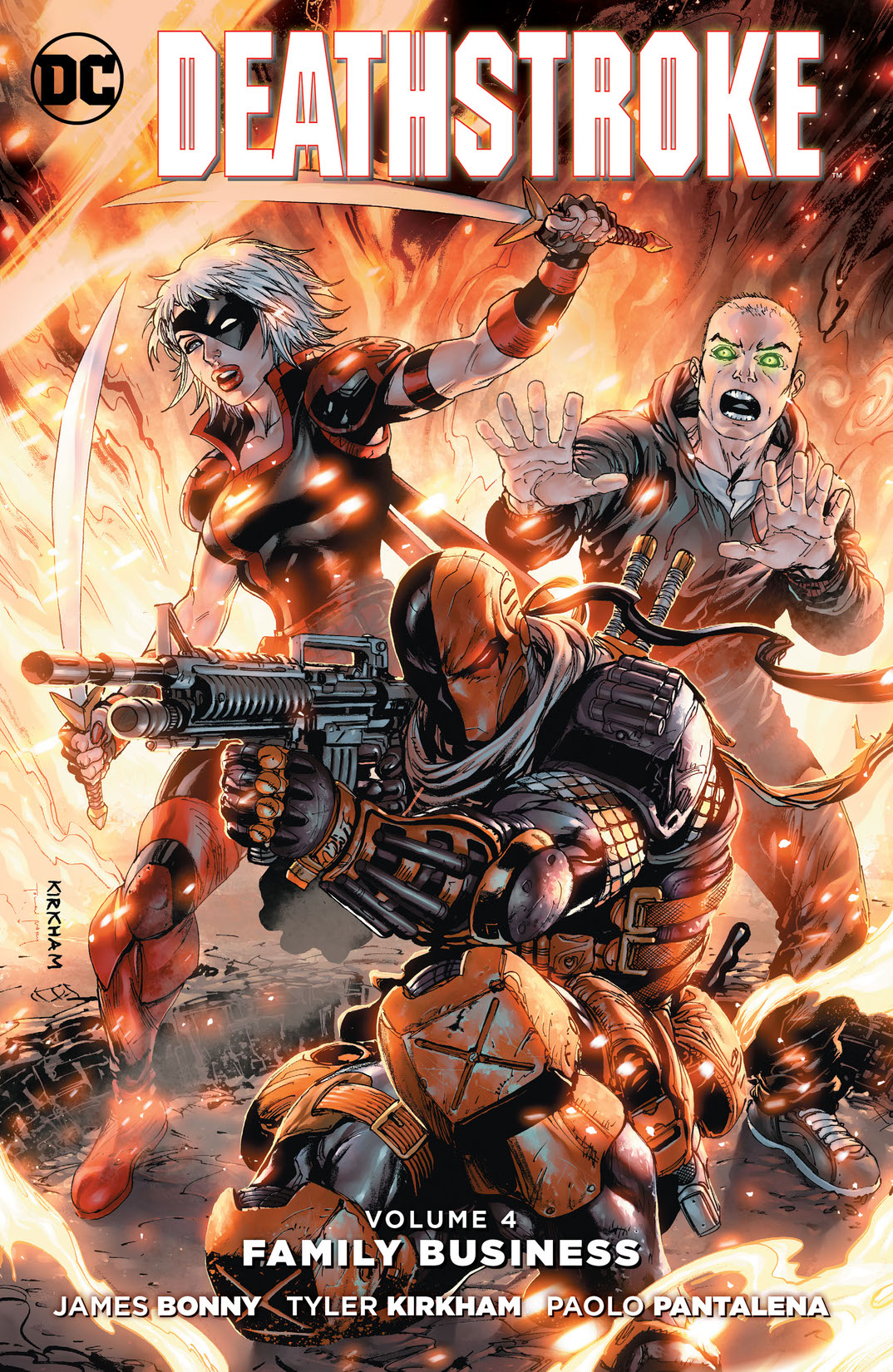 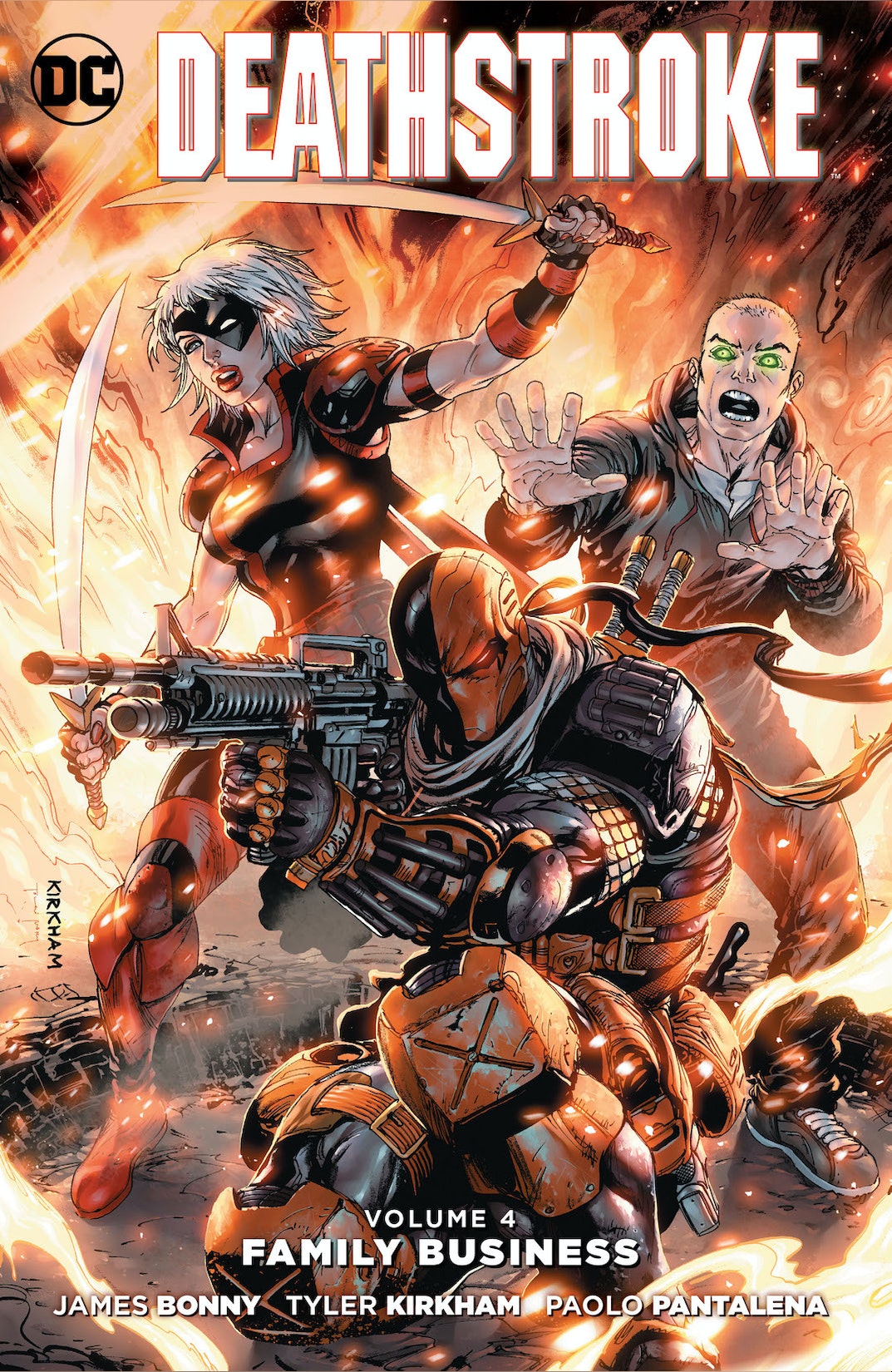 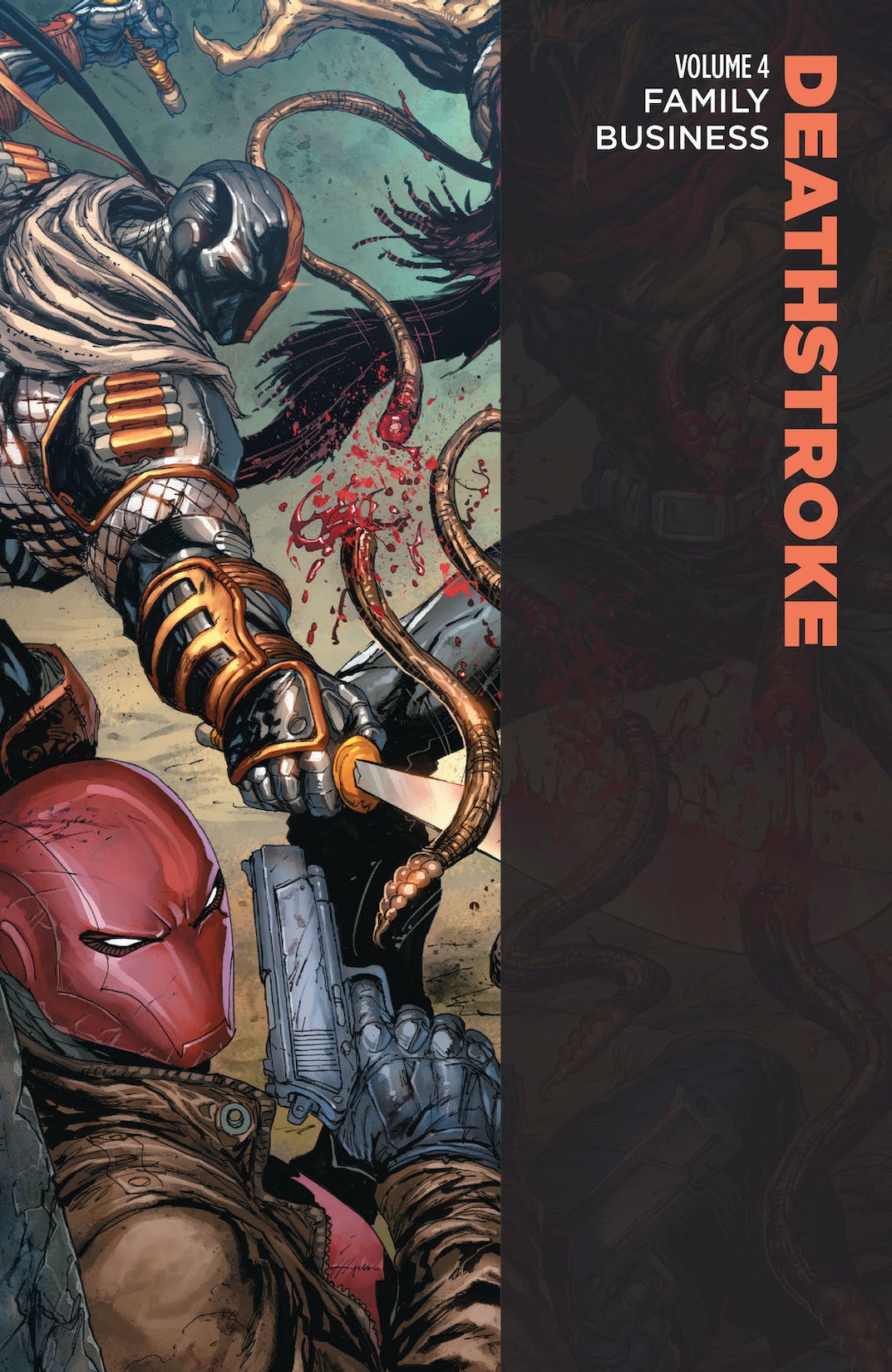 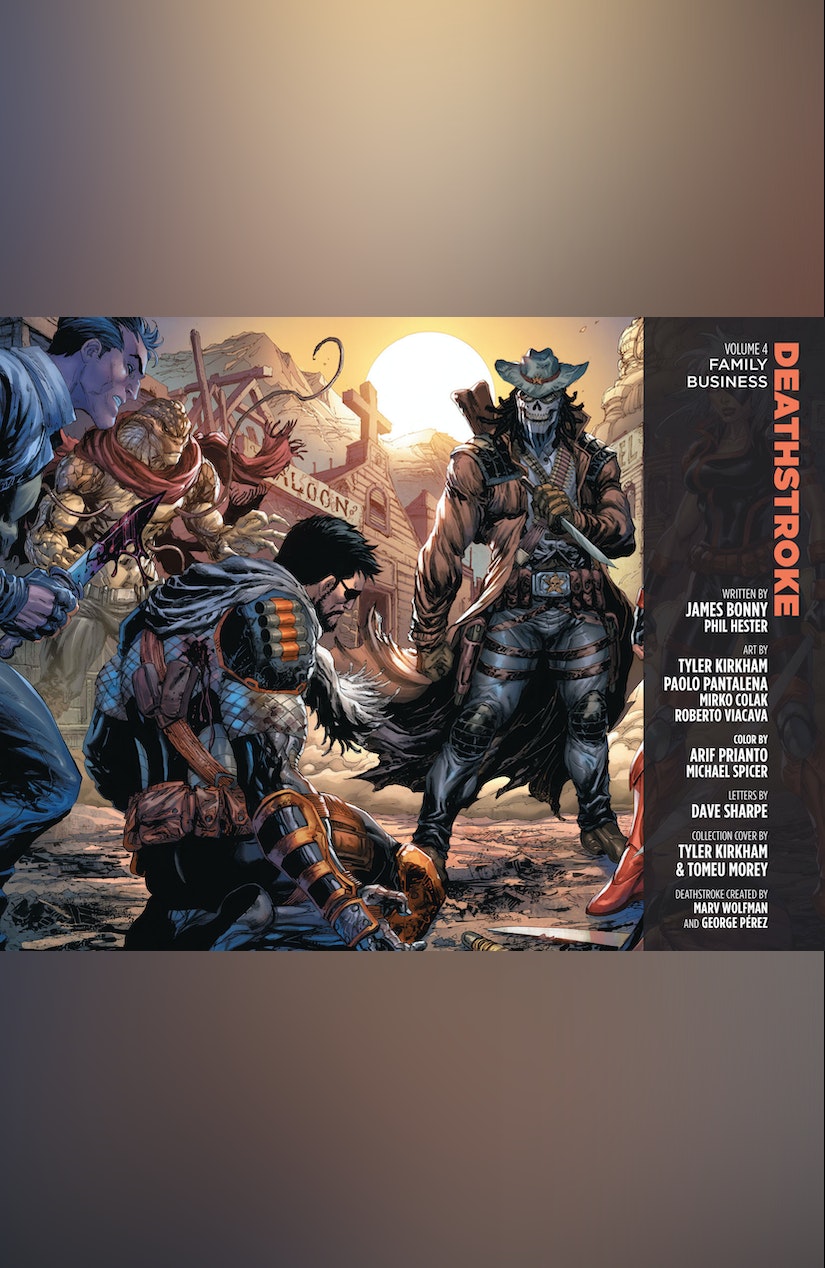 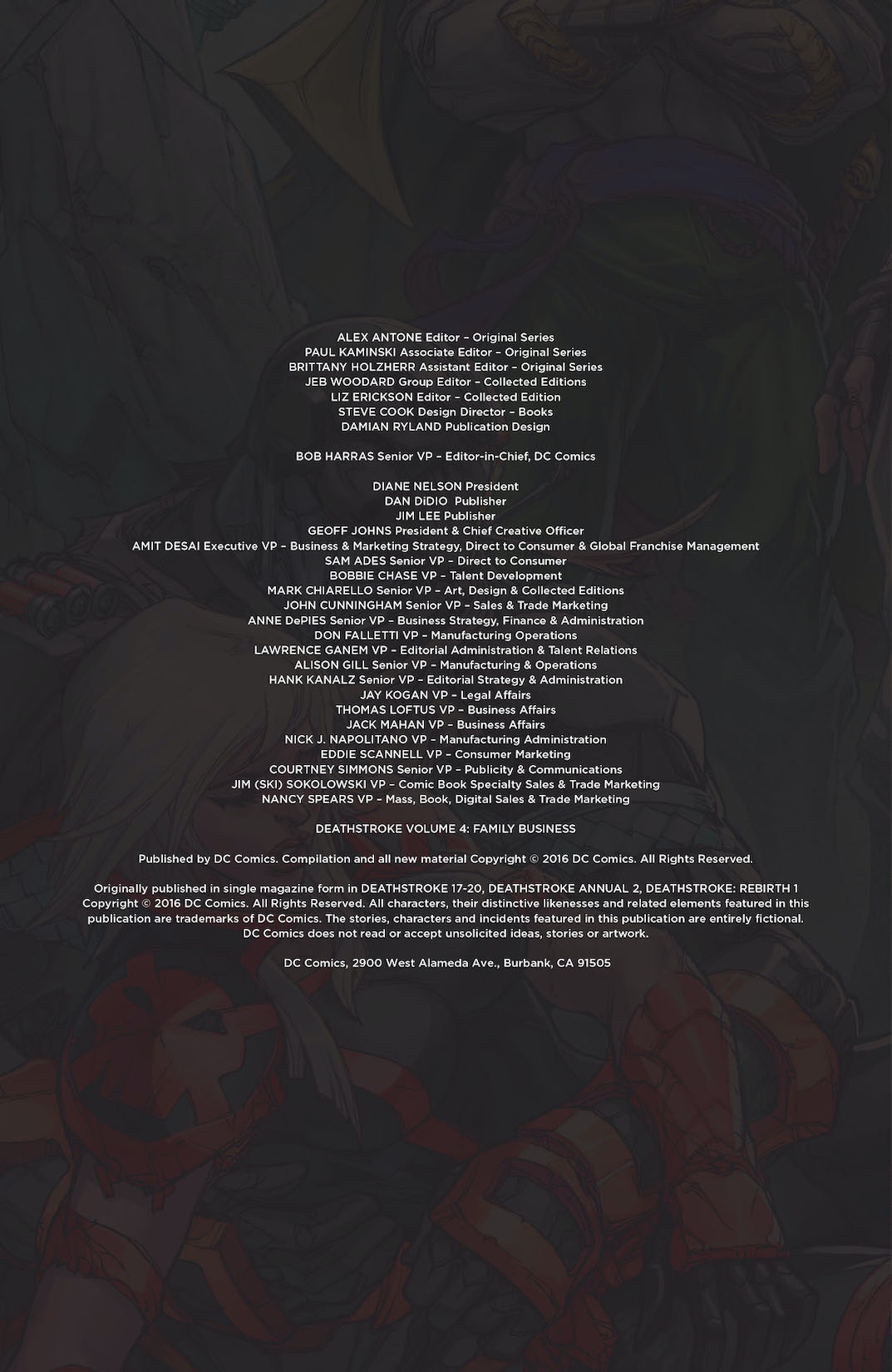 DEATHSTROKE’S LAST STAND! Slade Wilson, the unstoppable mercenary known as Deathstoke, has left more than his fair share of bodies in his wake. And now one of them has come back to return the favor. Five years ago, Deathstroke left his former partner Wardell Chambers for dead on a contract gone wrong in Kahndaq. Now calling himself Lawman, Chambers has returned, this time with the power to bend minds to his will, manipulating everyone around Slade in an elaborate game of deception in order to exact his revenge. With the lives of his children, Rose and Jericho, at stake, Slade is forced to form an alliance with the last person he ever thought possible-none other than Ra’s al Ghul, leader of the League of Assassins. But Ra’s al Ghul never makes a move without an ulterior motive… Caught between the League of Assassins on one side and an army of mercenaries led by Lawman on the other, there’s only one question left for Deathstroke to answer: Who will be the last killer standing? From writer James Bonny (THE SAVAGE HAWKMAN) and artists Tyler Kirkham (TEEN TITANS) and Paolo Pantalena (RED HOOD/ARSENAL), DEATHSTROKE VOL. 4: FAMILY BUSINESS brings the baddest villains in the DC Universe to the ultimate showdown! Also including DEATHSTROKE ANNUAL #2 by GREEN ARROW scribe Phil Hester, this volume collects issues #17-20 and a special preview of DEATHSTROKE: REBIRTH #1!