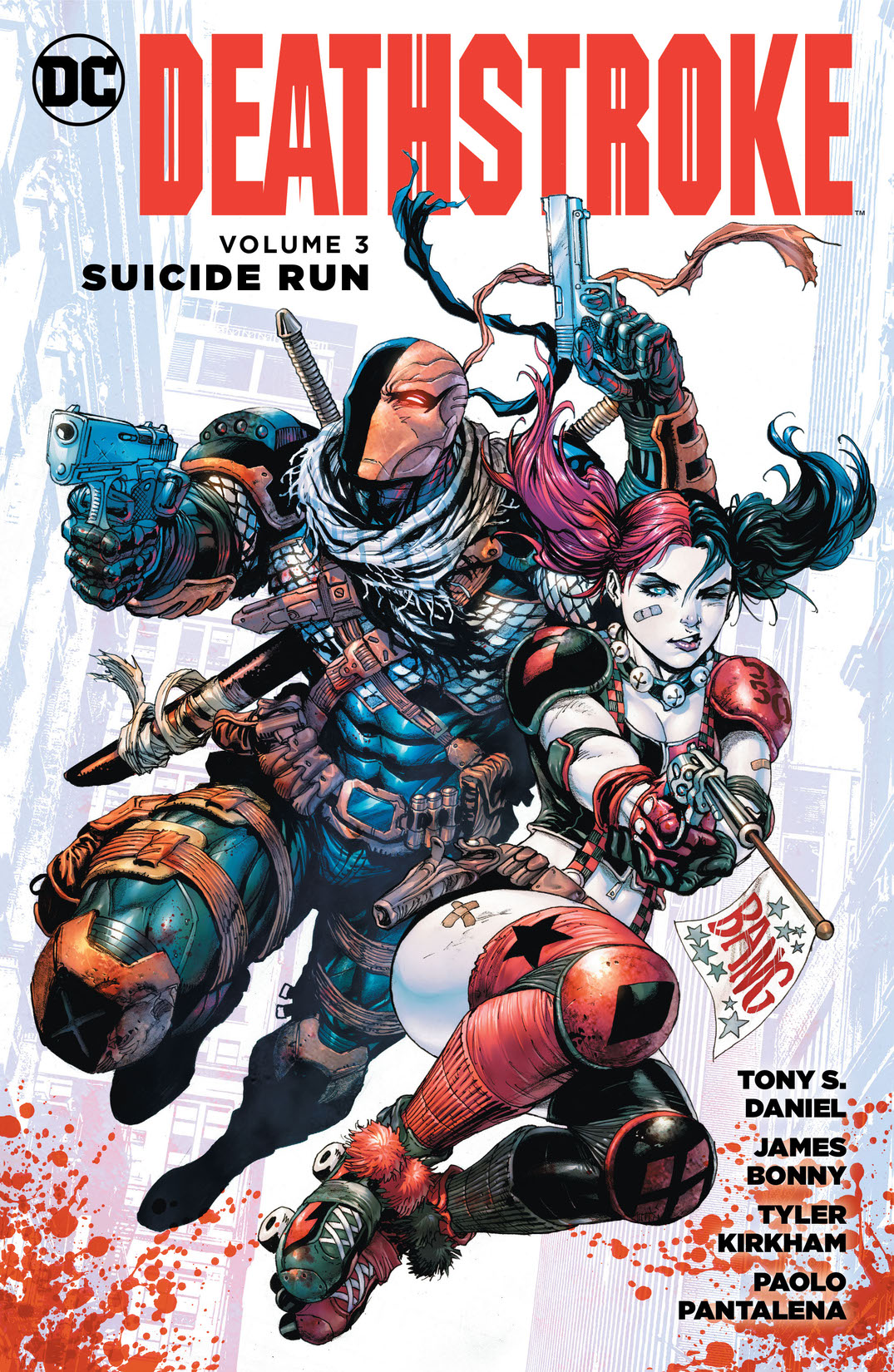 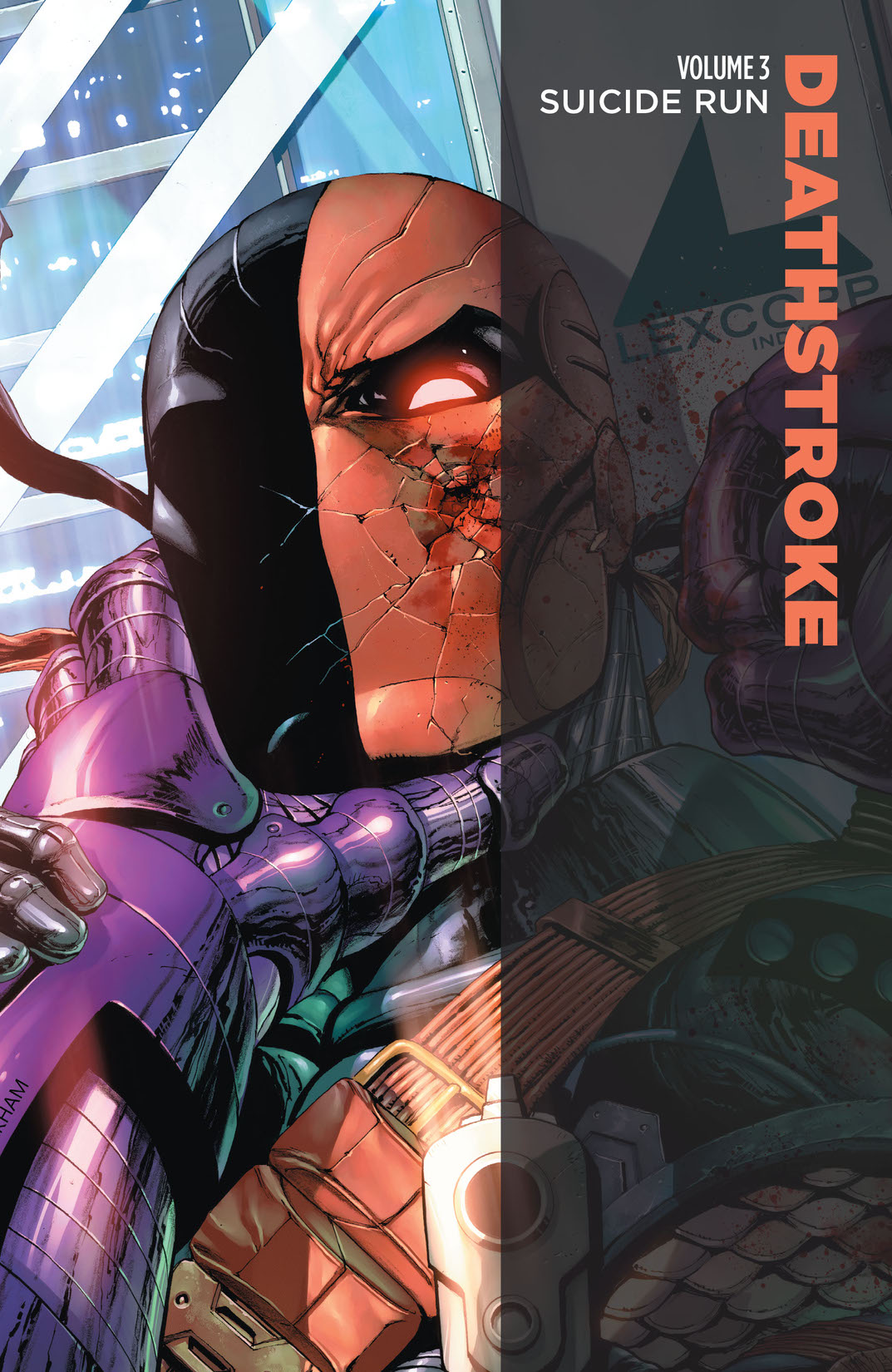 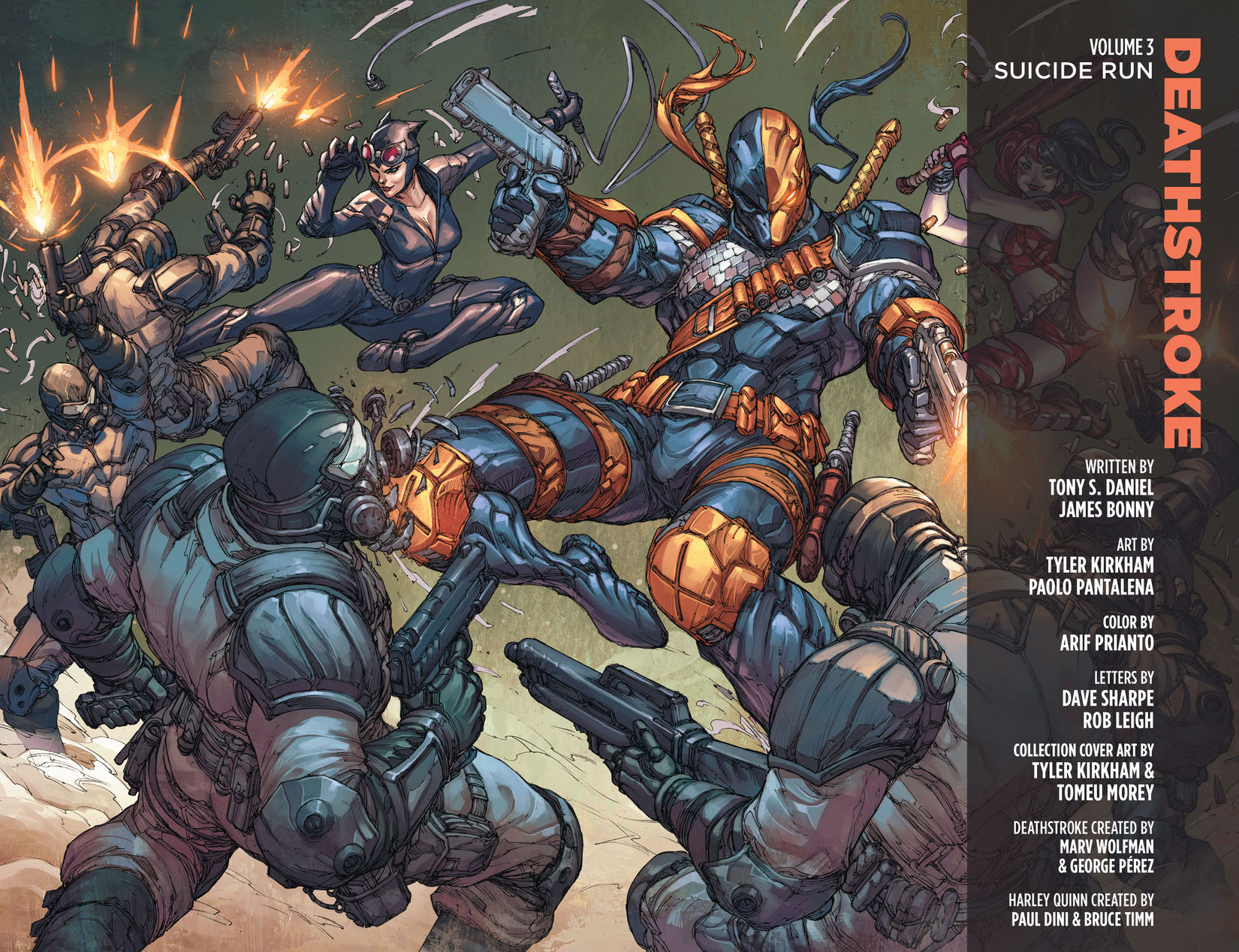 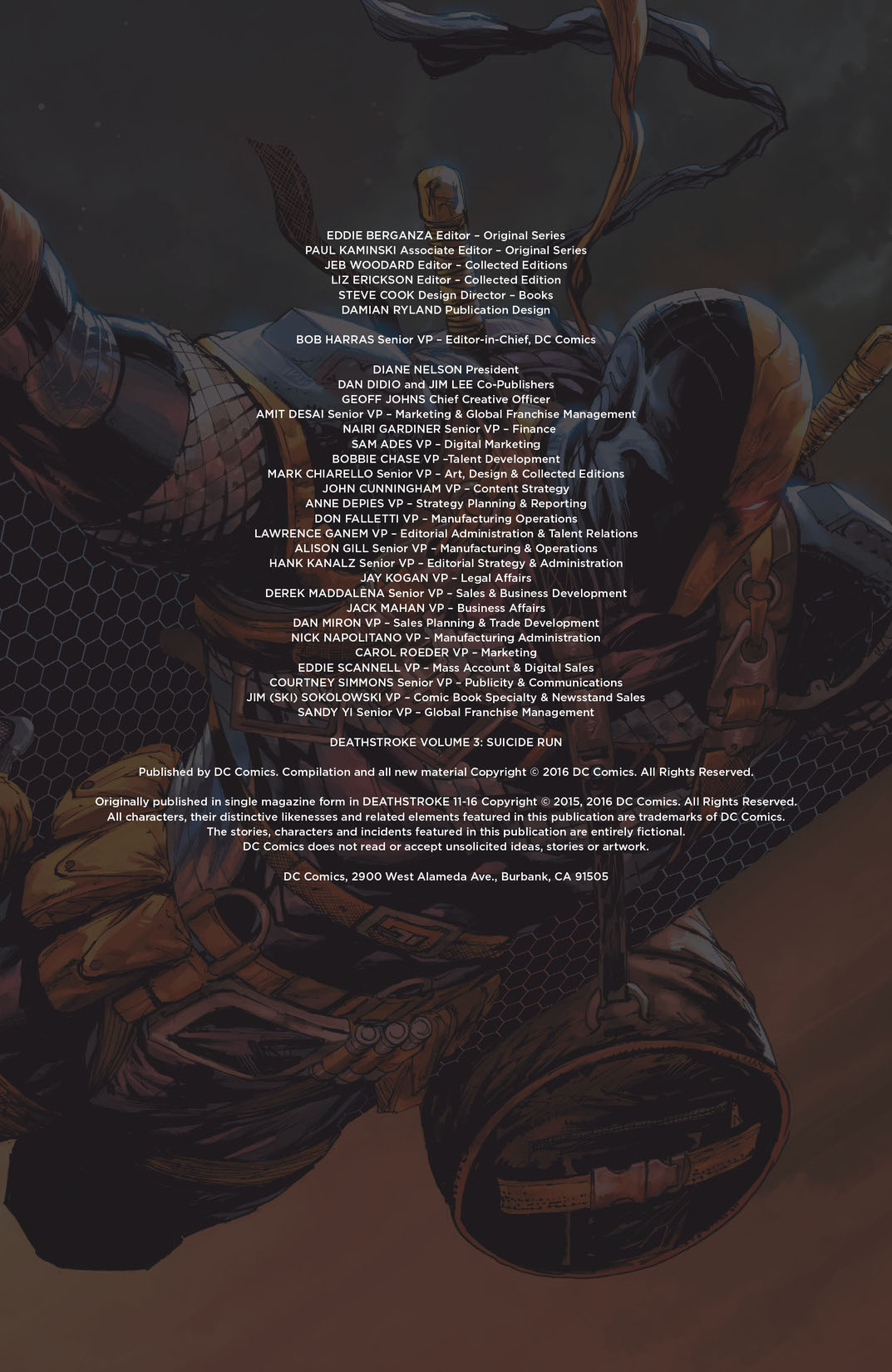 TAKEN Nobody defeats Deathstroke. Slade Wilson has killed a Titan, held his own against the God of War and gone punch for punch with Superman and lived to tell the tale. But someone has found the one chink in Deathstroke’s armor… Now his daughter, Rose, has gone missing, taken by none other than Harley Quinn. Harley intends to force Slade to make good on an old promise, and her ultimatum is simple: to find his daughter, he’ll have to kill Amanda Waller, head of the Suicide Squad and Harley’s jailor. But how far can anyone trust the unbalanced Harley? When Deathstroke’s intel pits him against everyone from Lex Luthor’s army of Bizarros to Red Hood, it’s clear that there’s more to this puzzle than meets the eye. Deathstroke wants answers, but more importantly, he wants his daughter back. And he’s not about to let anyone stand in his way! Writers James Bonny (THE SAVAGE HAWKMAN) and Tony S. Daniel (DETECTIVE COMICS) and artists Tyler Kirkham (TEEN TITANS) and Paolo Pantalena (RED HOOD/ARSENAL) set Deathstroke on his most important mission yet in DEATHSTROKE VOL. 3: SUICIDE RUN! Collects issues #11-16.