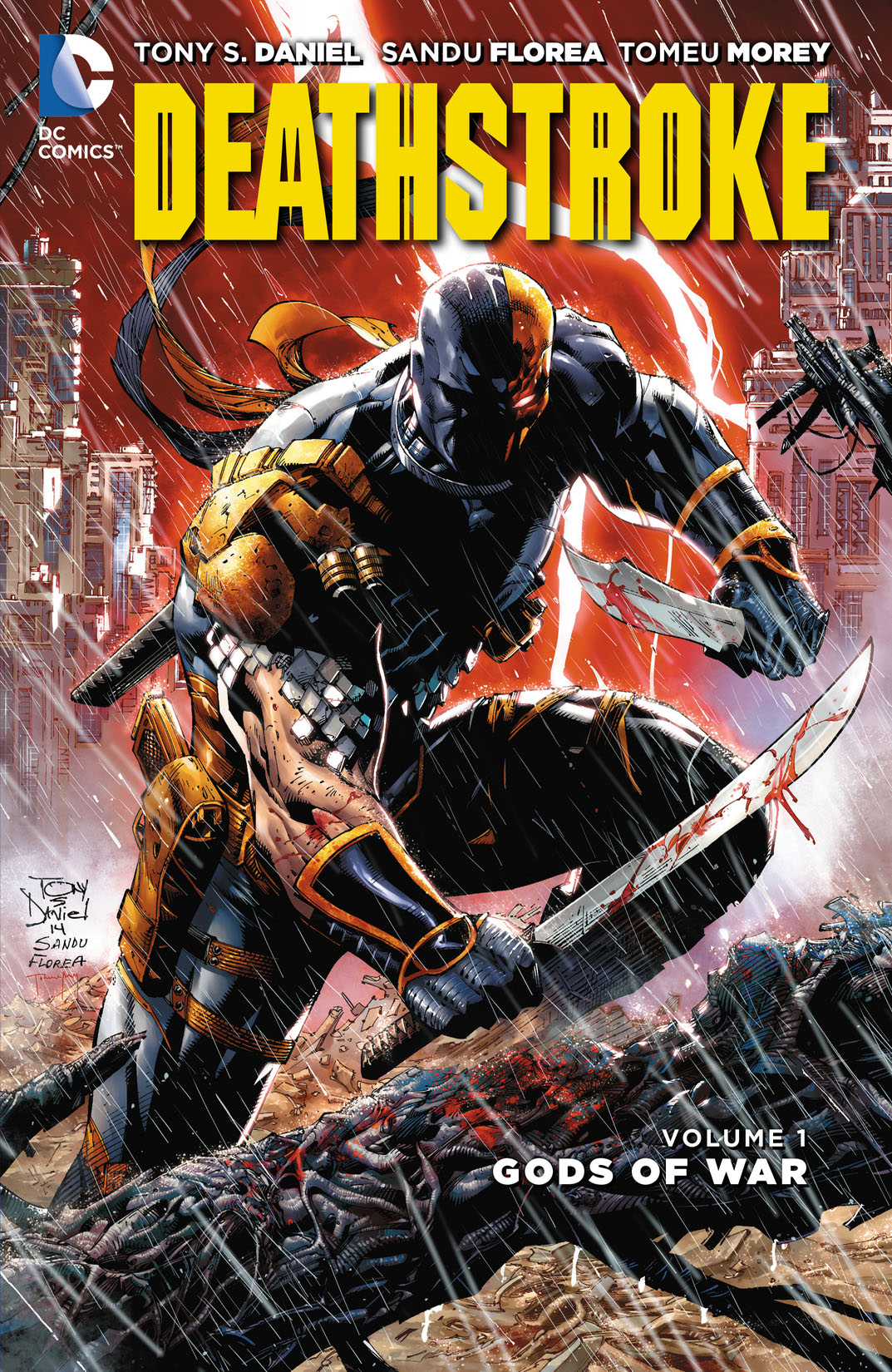 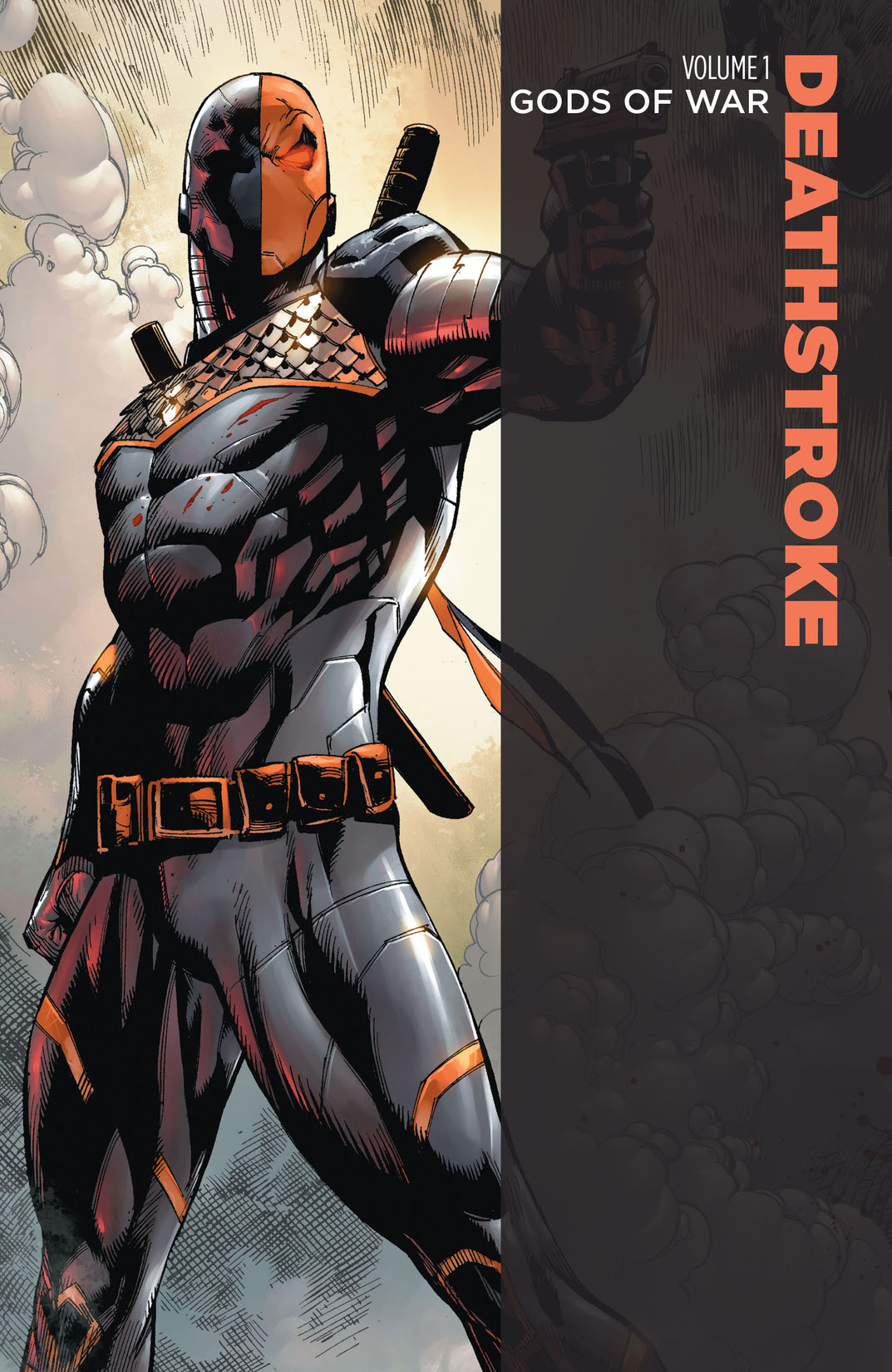 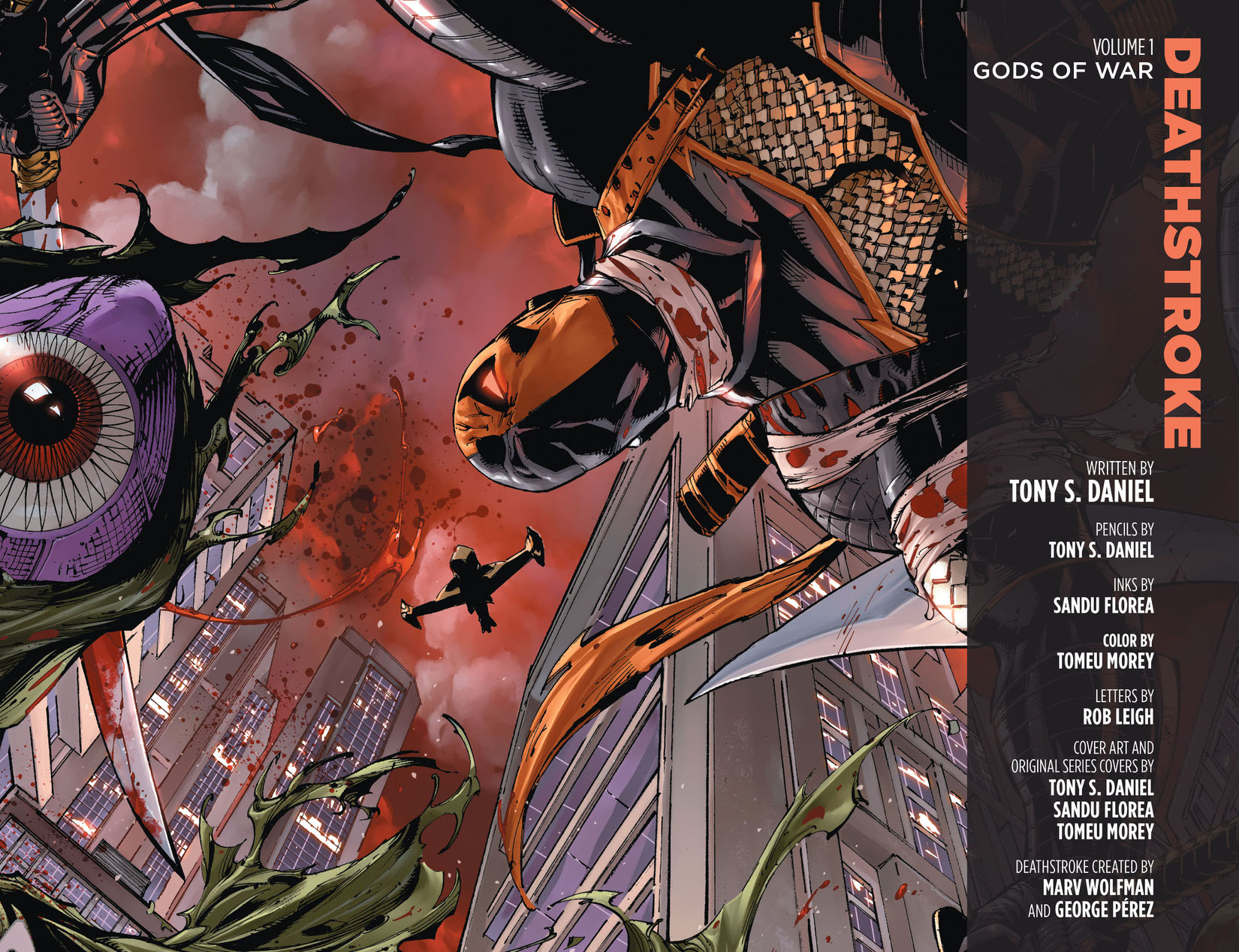 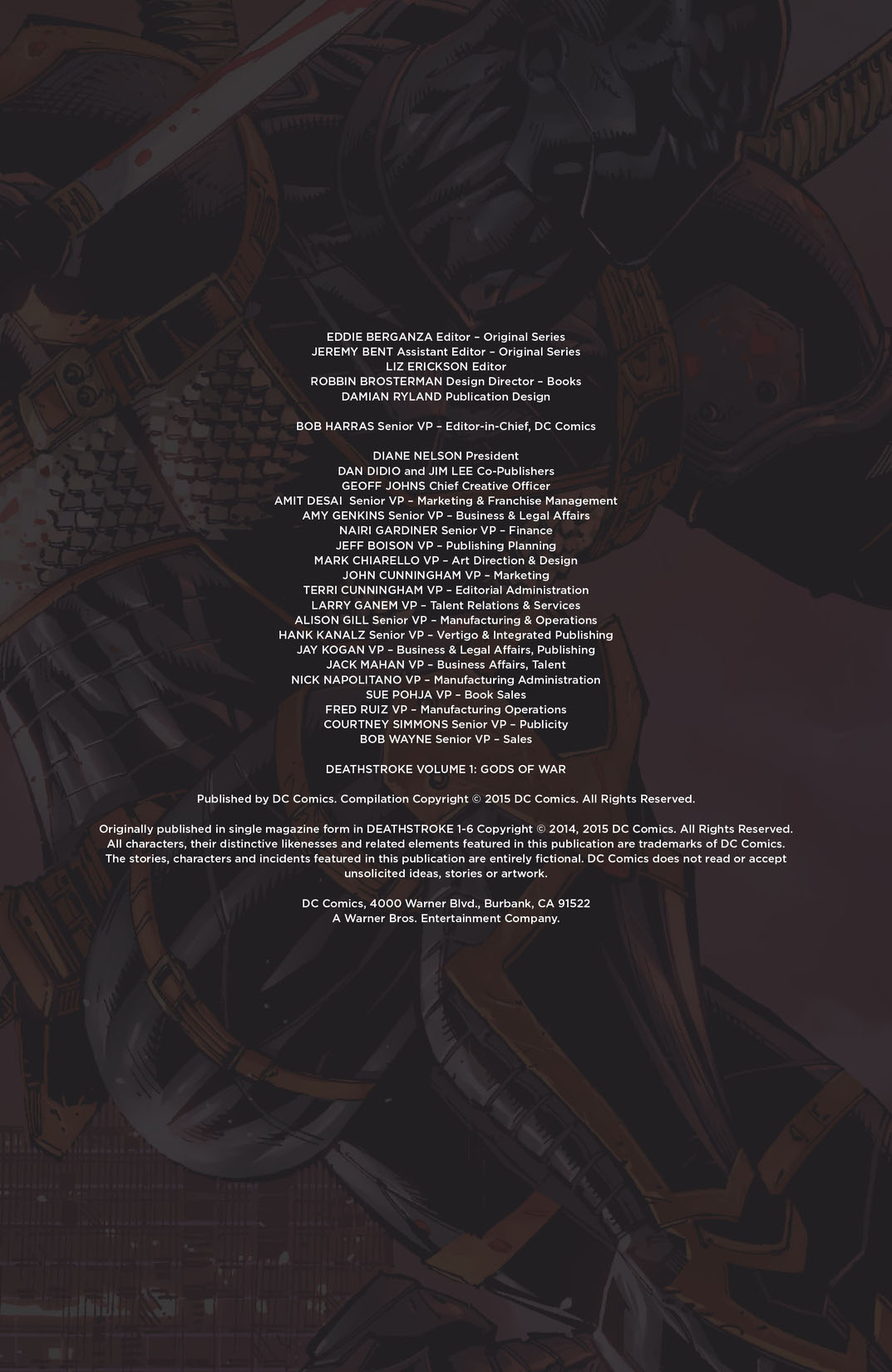 Slade Wilson is the world’s deadliest assassin. His reputation doesn’t just precede him, it’s his most important asset. So when Slade is betrayed by his trusted friend and handler and left for dead, the world thinks Deathstroke has finally been terminated. Slade’s most valuable possession has been taken from him. Now, the world’s deadliest assassin has awoken with a completely different face and a completely new mission: find the man who arranged for his death, and who is building an army that will threaten every nation on Earth. Find Odysseus. But as Slade hunts Odysseus, Odysseus hunts the one man who will unlock his ultimate power and ultimate victory. And all three have one thing in common-a shared history that could destroy Deathstroke’s new life before he even has a chance to build it! Writer/artist Tony Daniel (DETECTIVE COMICS) carves a new path for the DC Universe’s deadliest killer…and newest hero? DEATHSTROKE: GODS OF WAR collects issues #1-6.