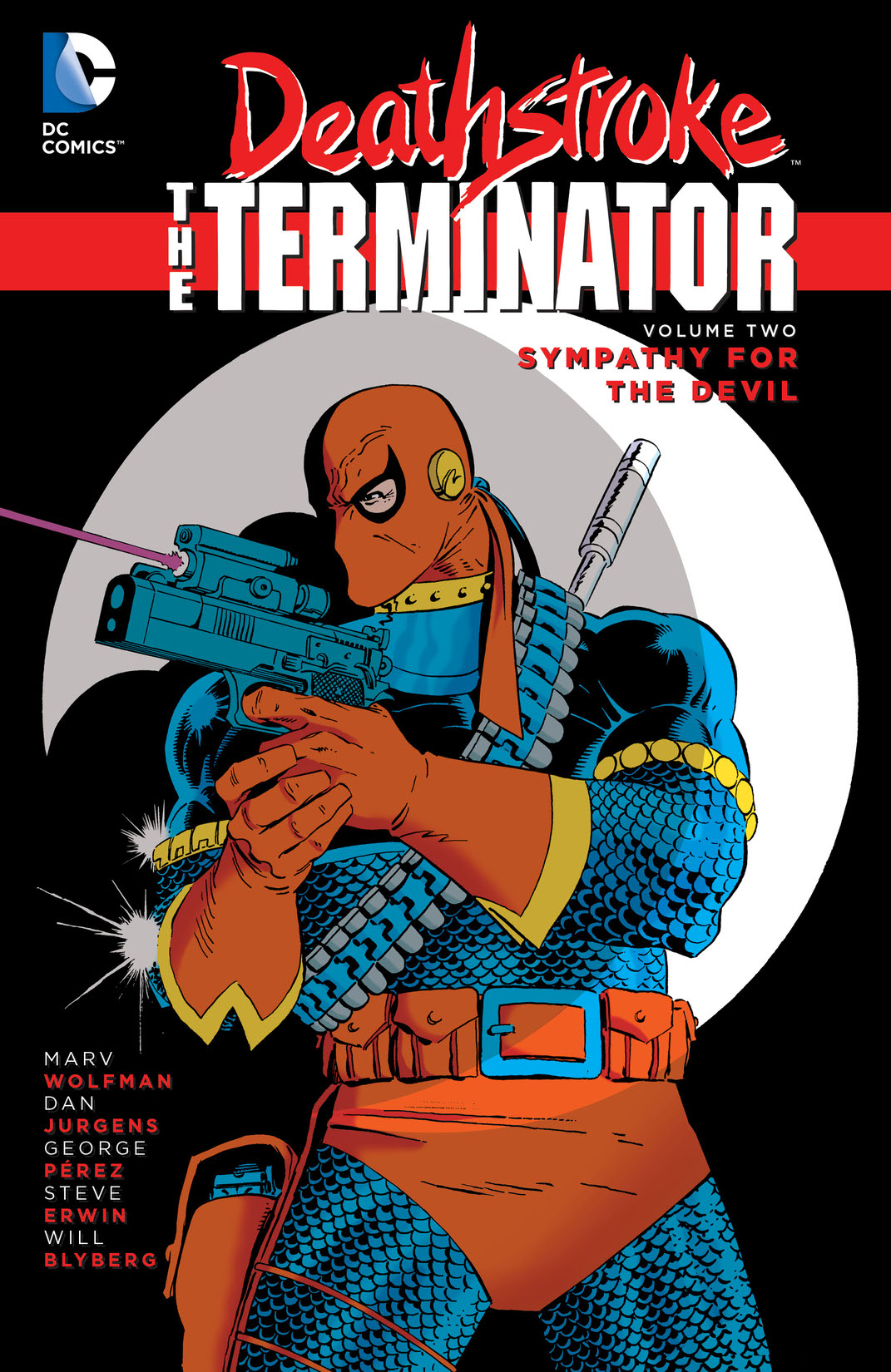 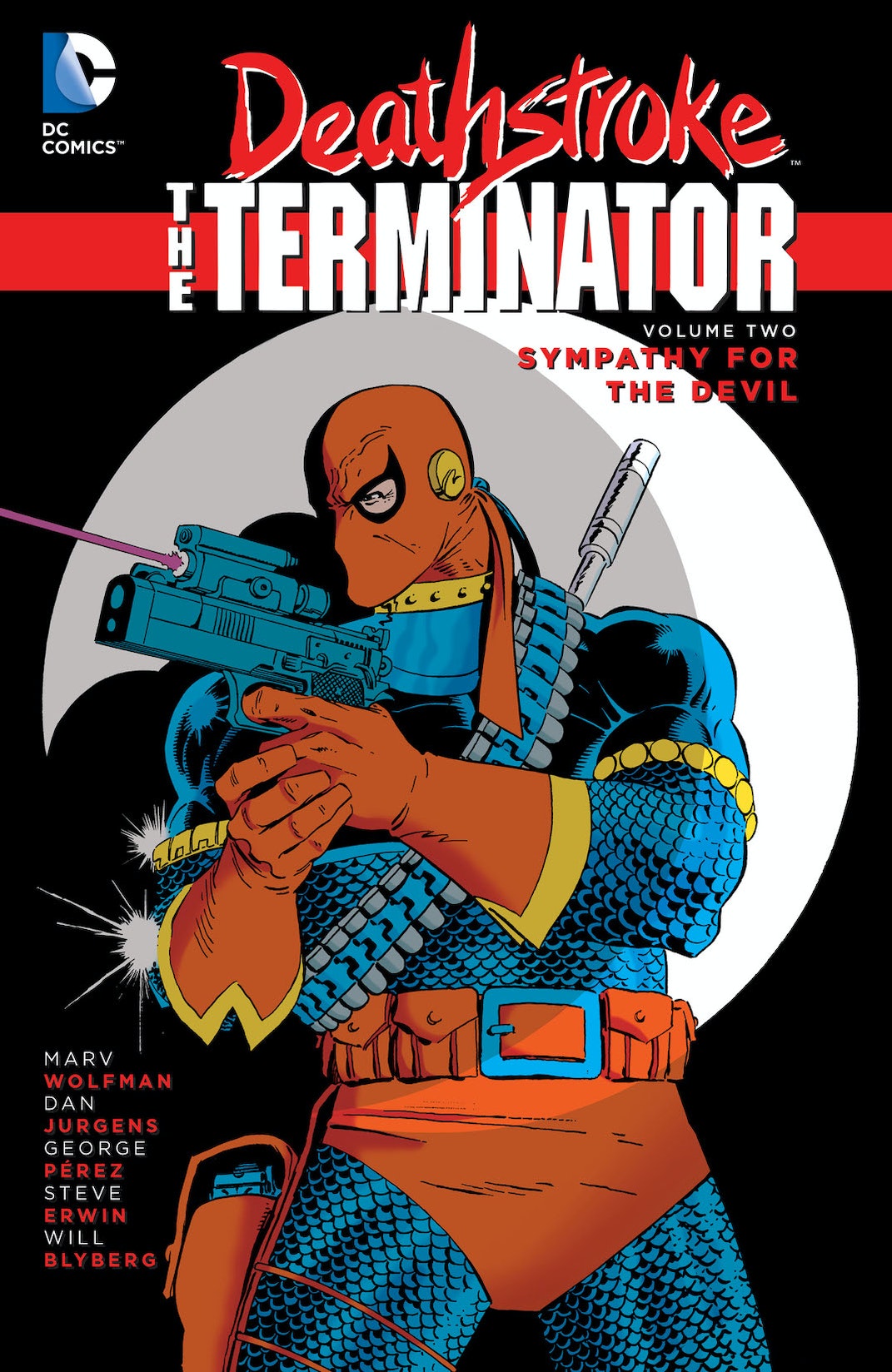 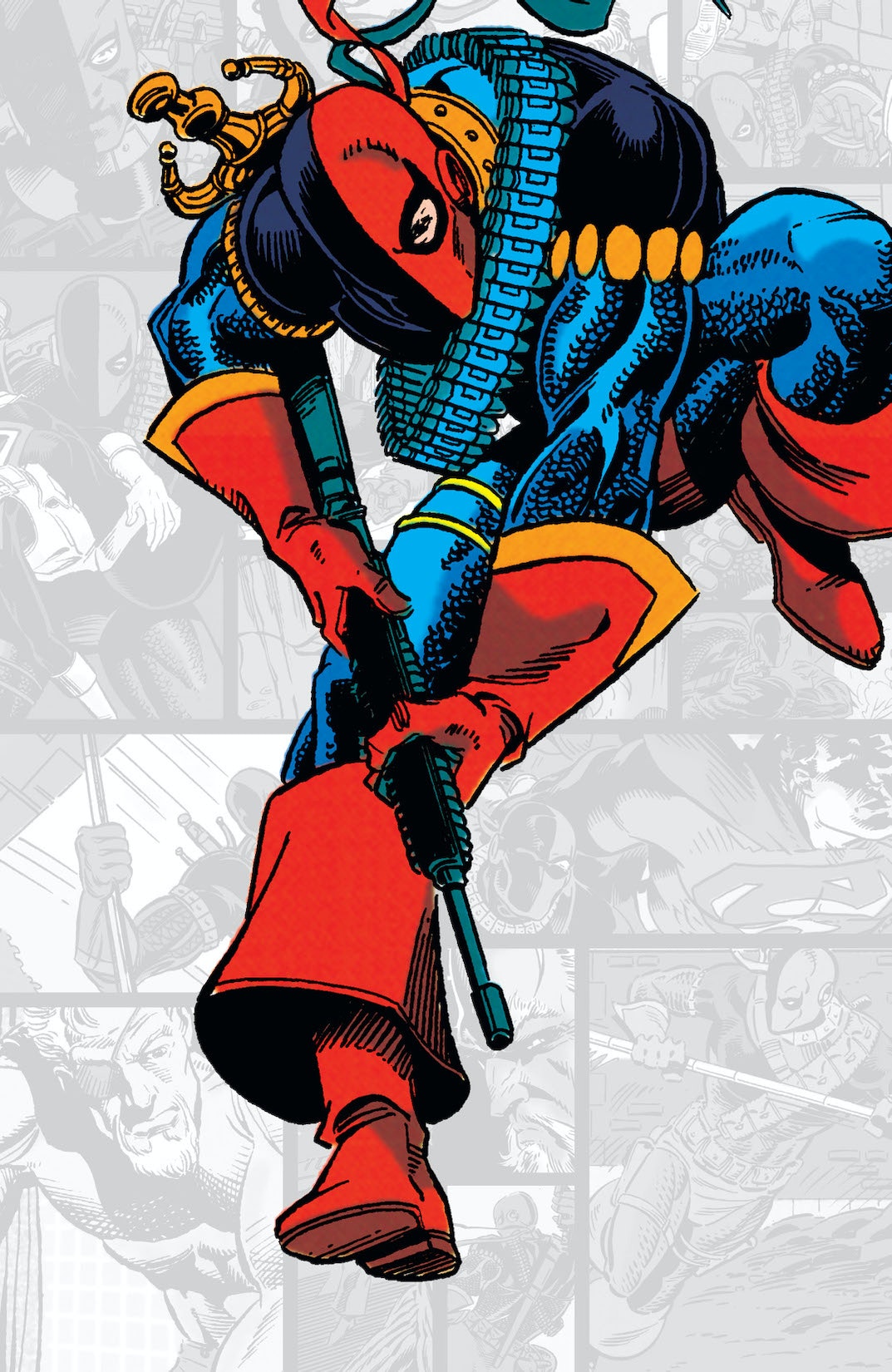 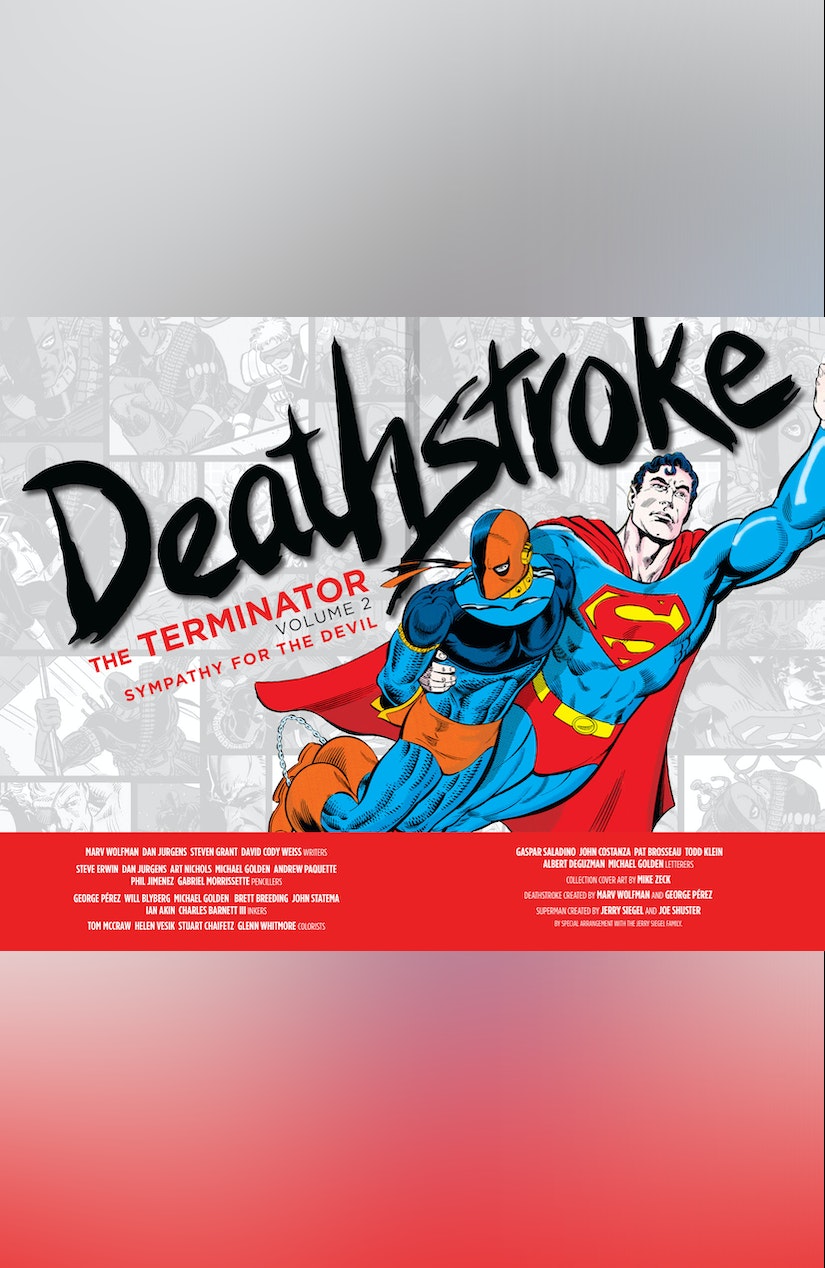 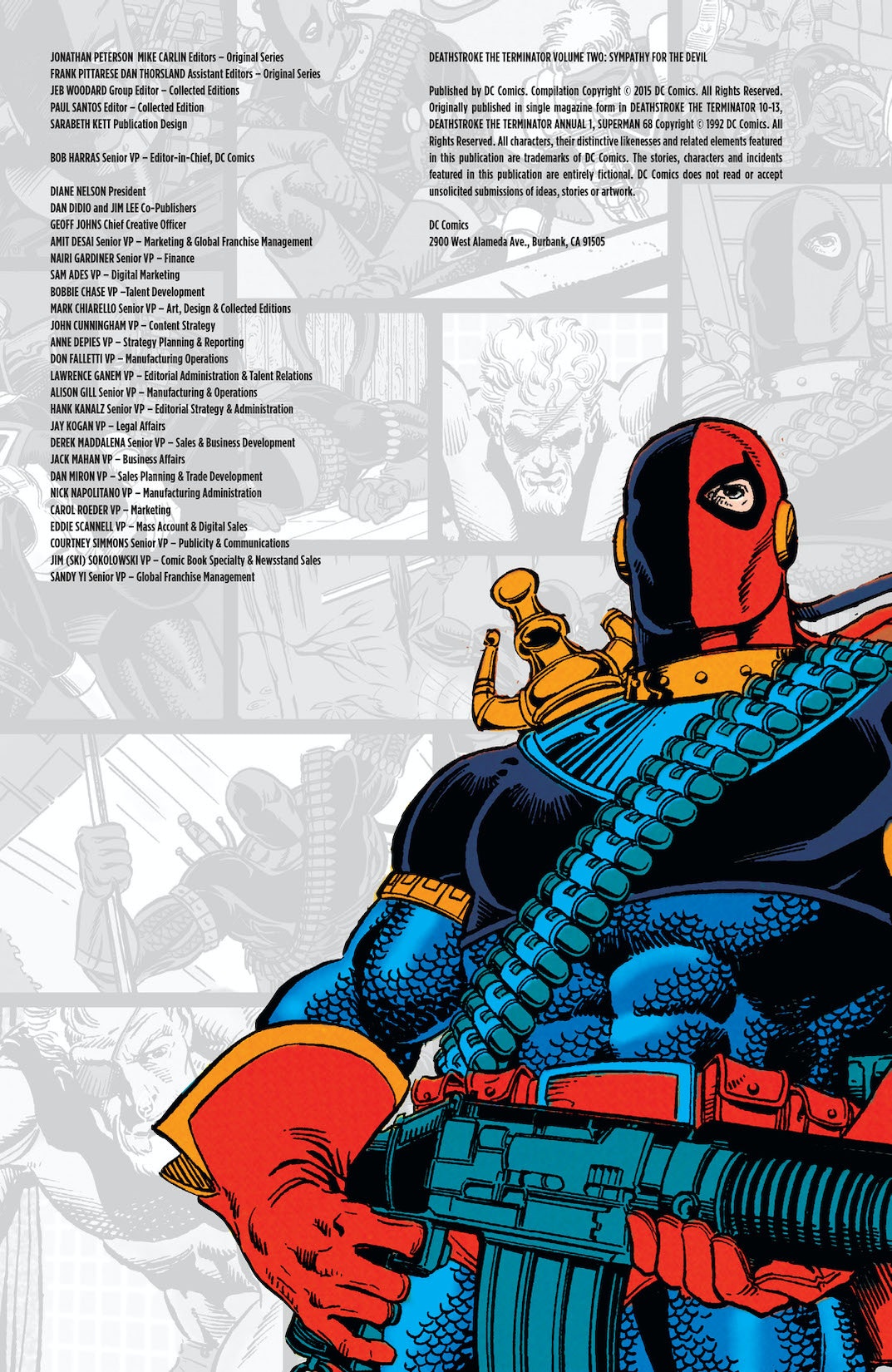 Deathstroke: The Terminator Vol. 2: Sympathy For The Devil

Deathstroke: The Terminator Vol. 2: Sympathy For The Devil

It’s a defining moment for the breakout character from the hit TV show Arrow! Deathstroke the Terminator has barely escaped Gotham City alive-and now he must train Patricia Trayce, the all-new Vigilante. Spending weeks alone together in a secure and secluded location, the two anti-heroes begin to form a close bond. But after everything that has happened with his ex-wife, will Slade allow himself to trust anyone ever again? Meanwhile, Deathstroke has been framed as a terrorist and is now public enemy number one. While searching Metropolis for answers and a way to clear his name, Slade must battle Superman himself-as the rest of the Justice League of America waits in the wings! Writers Marv Wolfman, Steven Grant and Dan Jurgens are joined by artists including Steve Erwin Michael Golden, and George Pérez as they continue to define Slade Wilson as Deathstroke the Terminator in DEATHSTROKE VOL. 2 SYMPATHY FOR THE DEVIL, collecting DEATHSTROKE: THE TERMINATOR #10-13, DEATHSTROKE: THE TERMINATOR ANNUAL #1, and SUPERMAN #68!