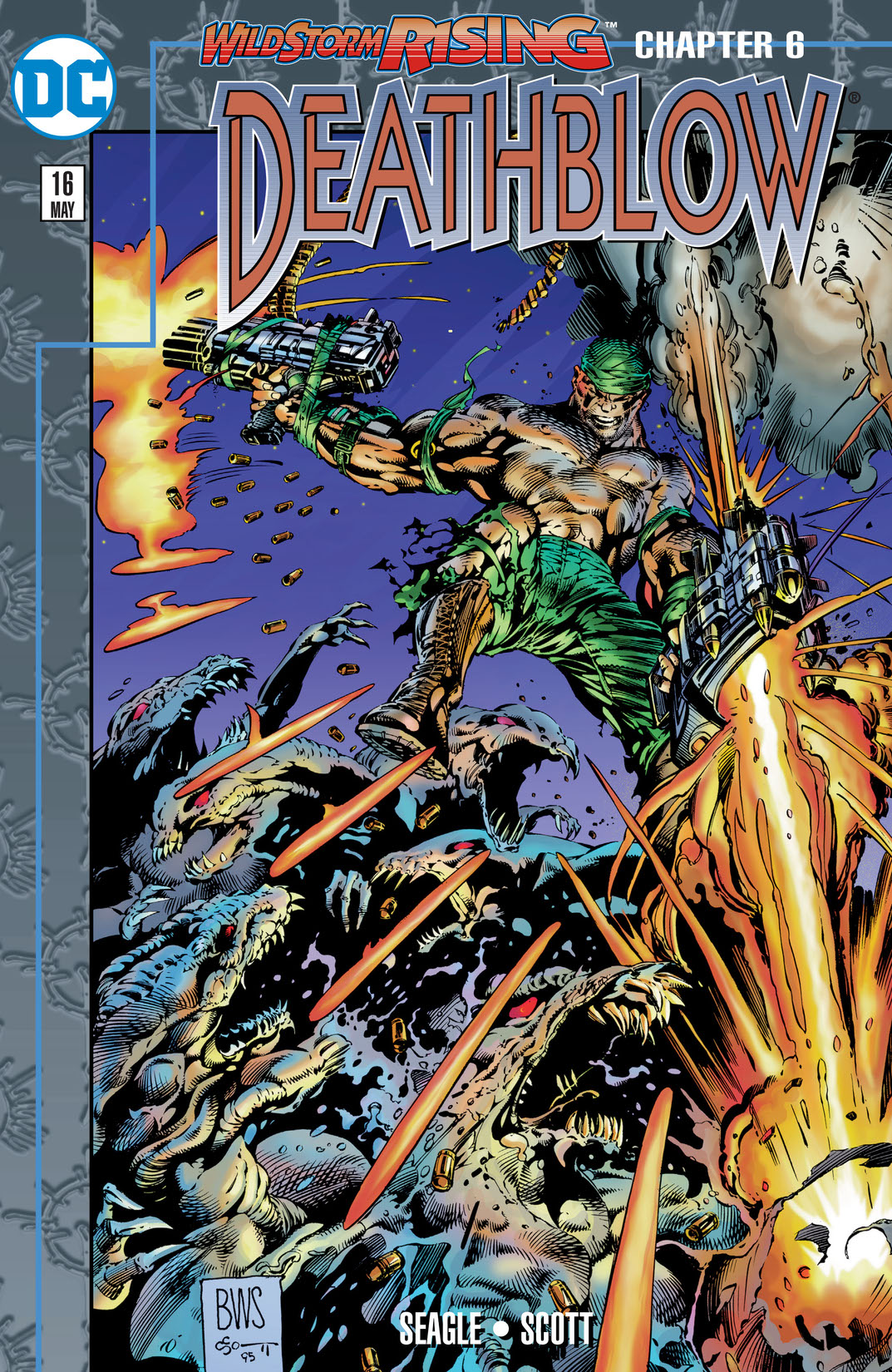 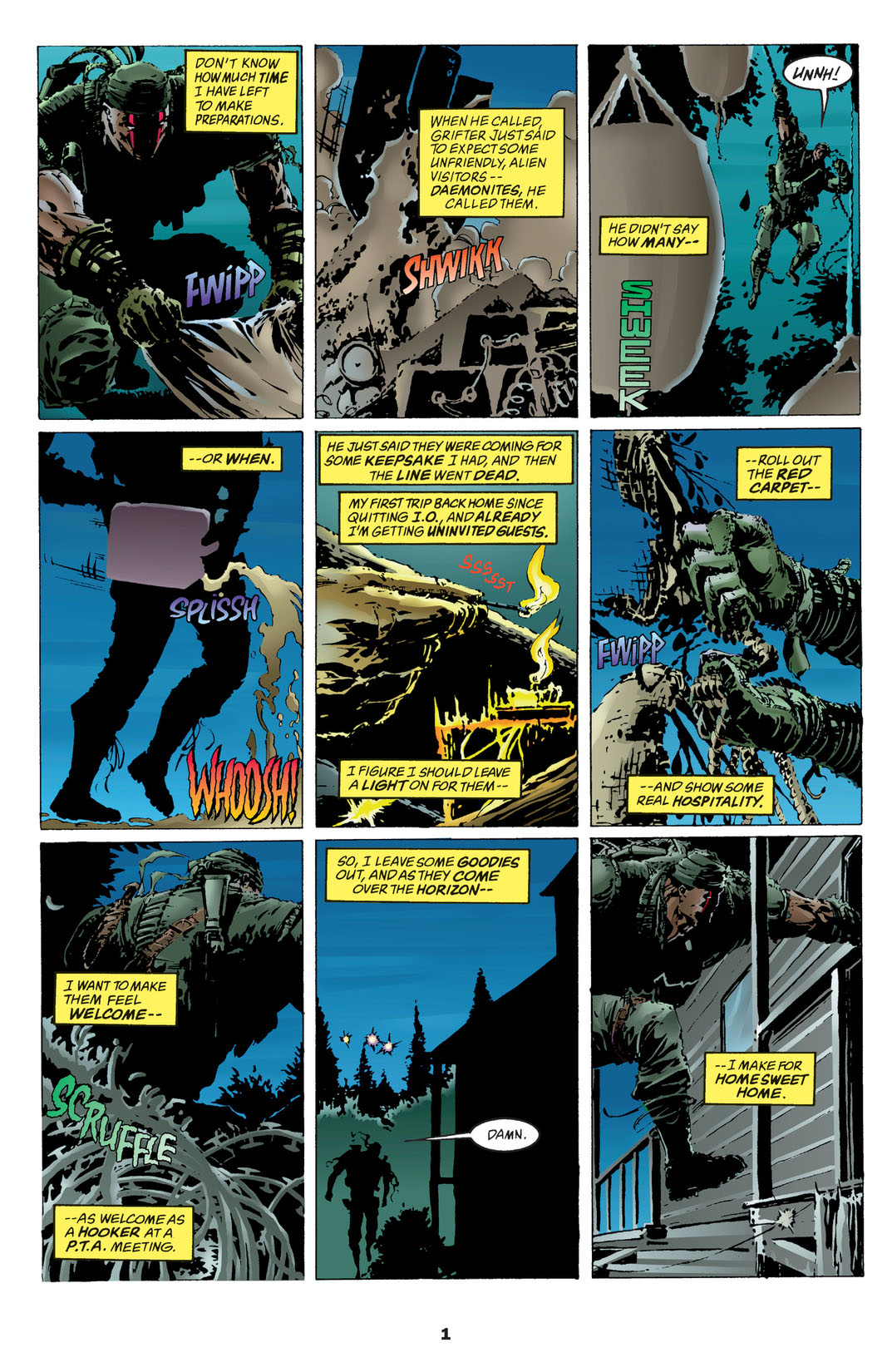 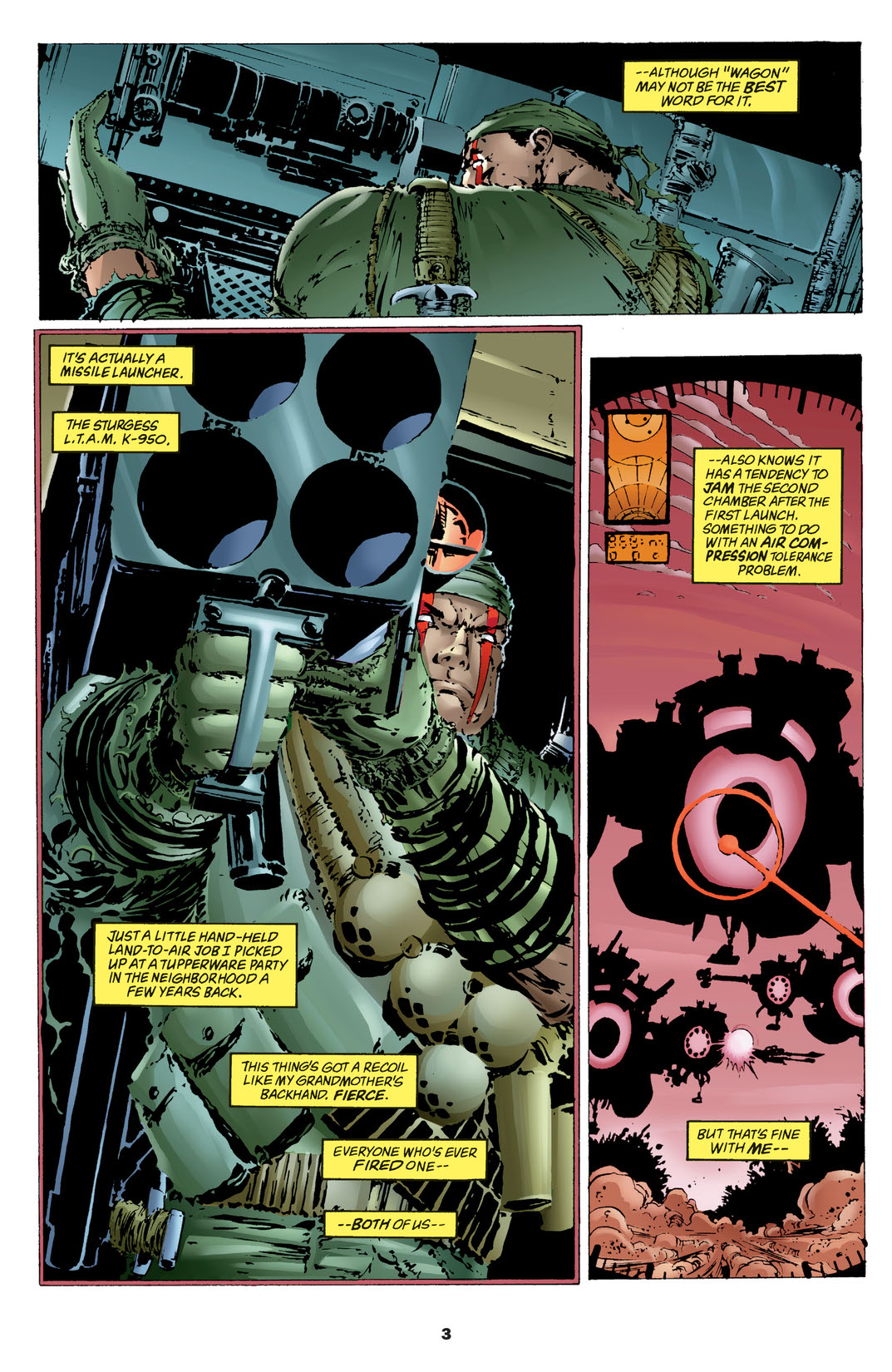 “WILDSTORM RISING.” Part six. Deathblow defends his secluded safe house from Daemonites who are trying to obtain his portion of an ancient key for their master, Defile. While they resort to force, Deathblow holds his own, but when Mr. White employs a little subterfuge, Michael gets suckered and gives the bad guy exactly what he wants. Continued from GRIFTER #1. Continued in WETWORKS #8.