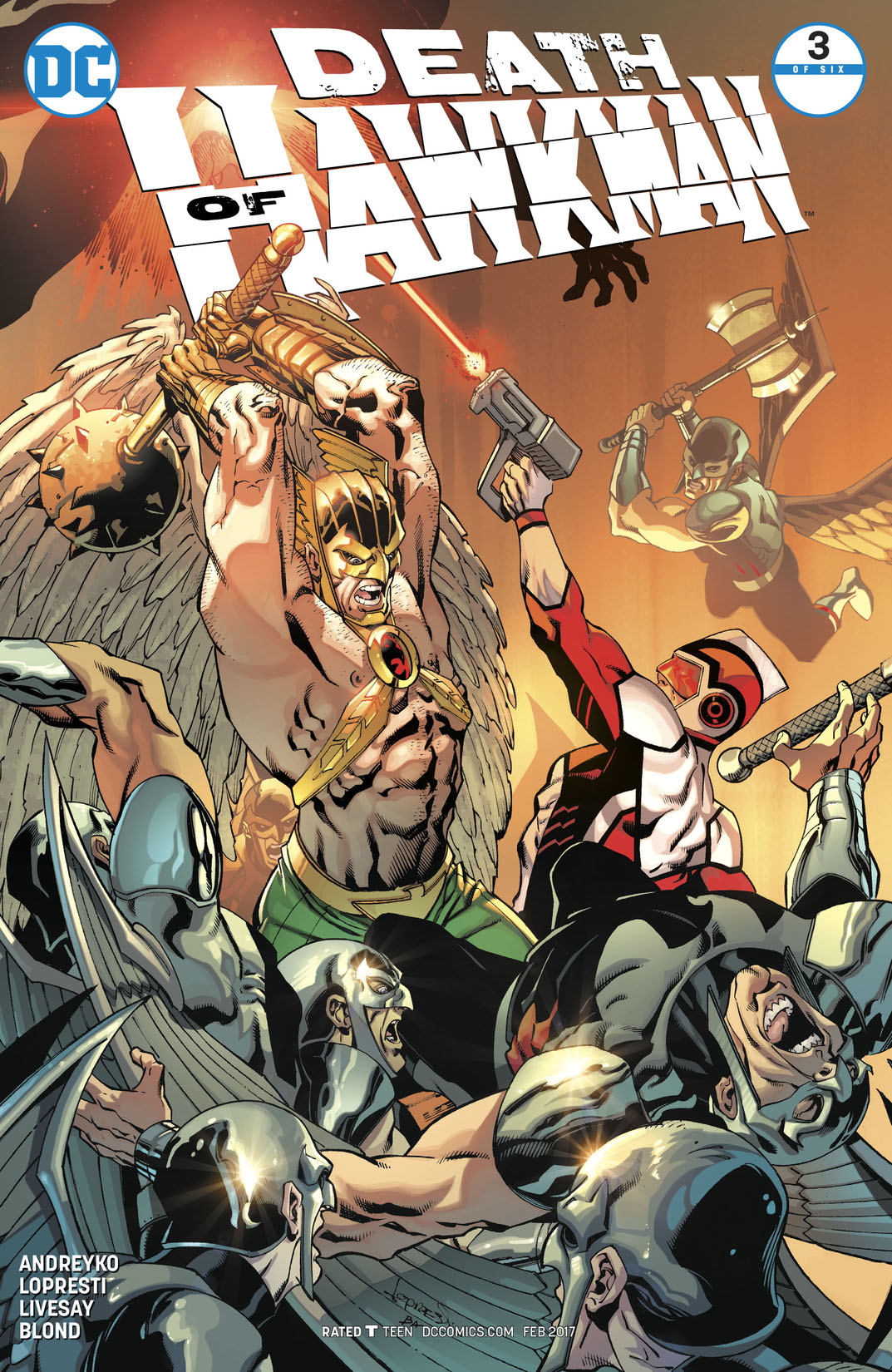 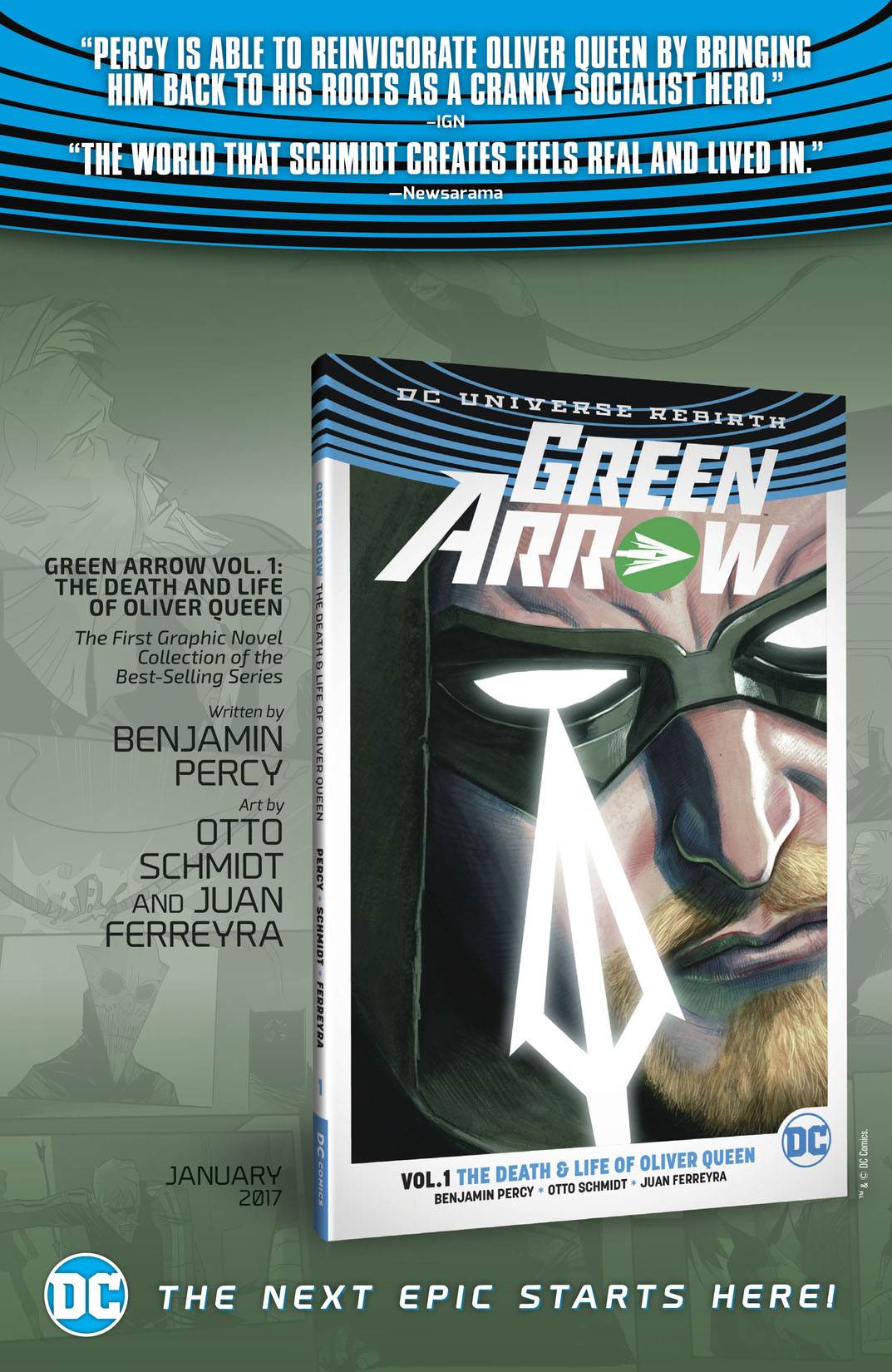 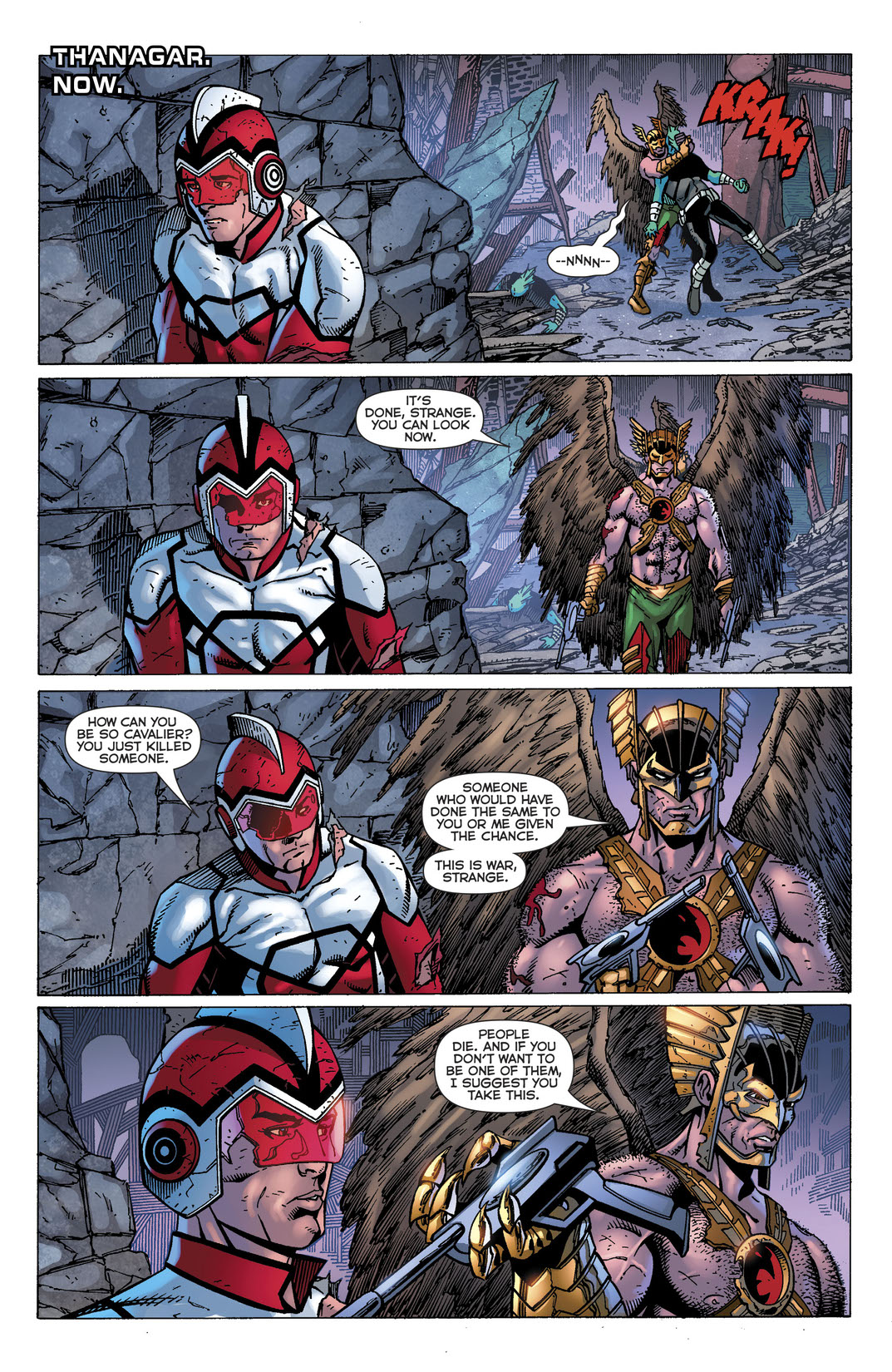 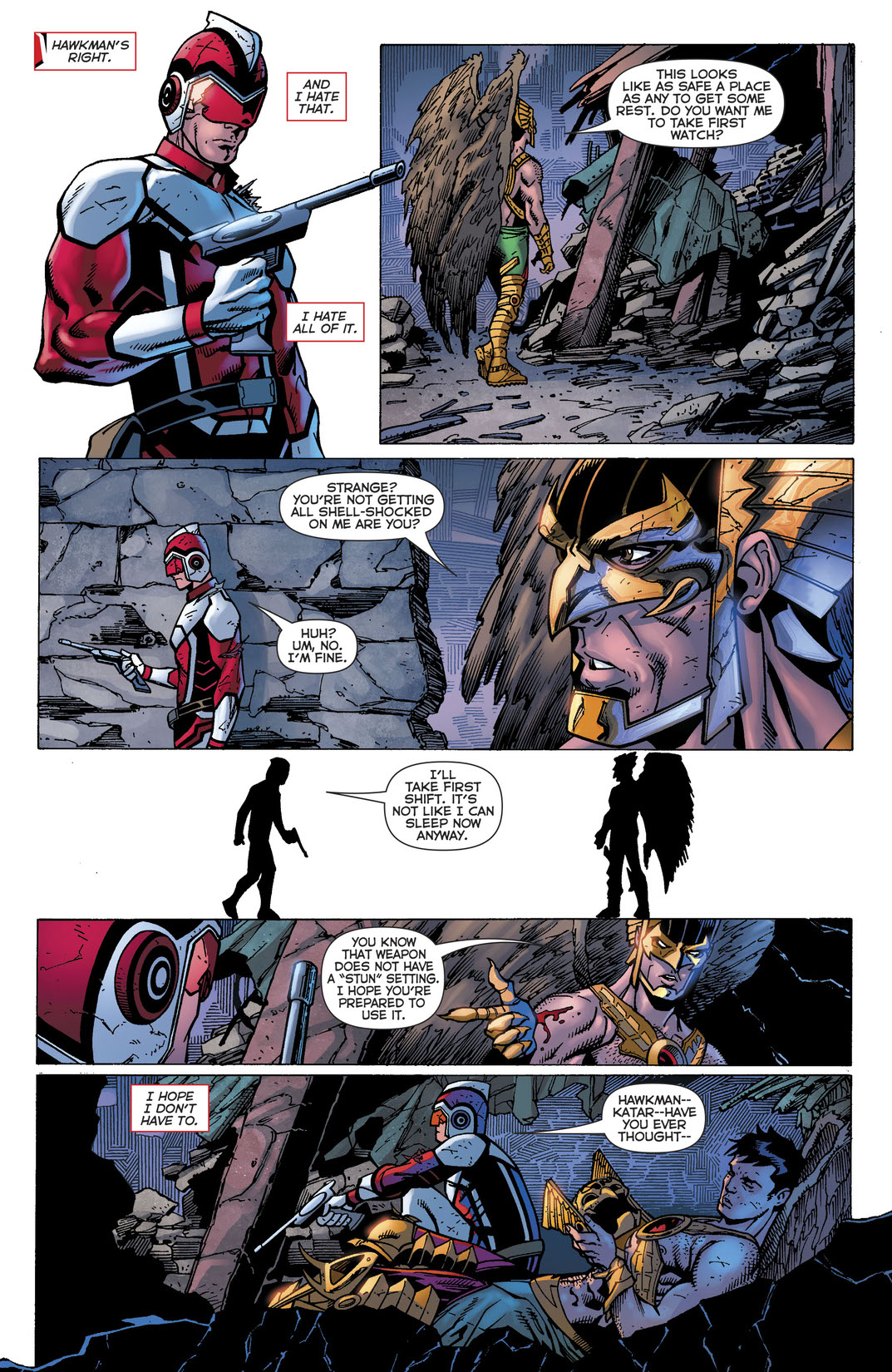 With both Adam Strange and Hawkman on the run as intergalactic fugitives with bounties on their heads, the march to war between Thanagar and Rann intensifies! In order to stop it, the heroes must secretly try to unravel who-or what-is instigating hostilities while dodging pursuit from all corners of the universe! And if you thought you knew Despero, you were wrong!