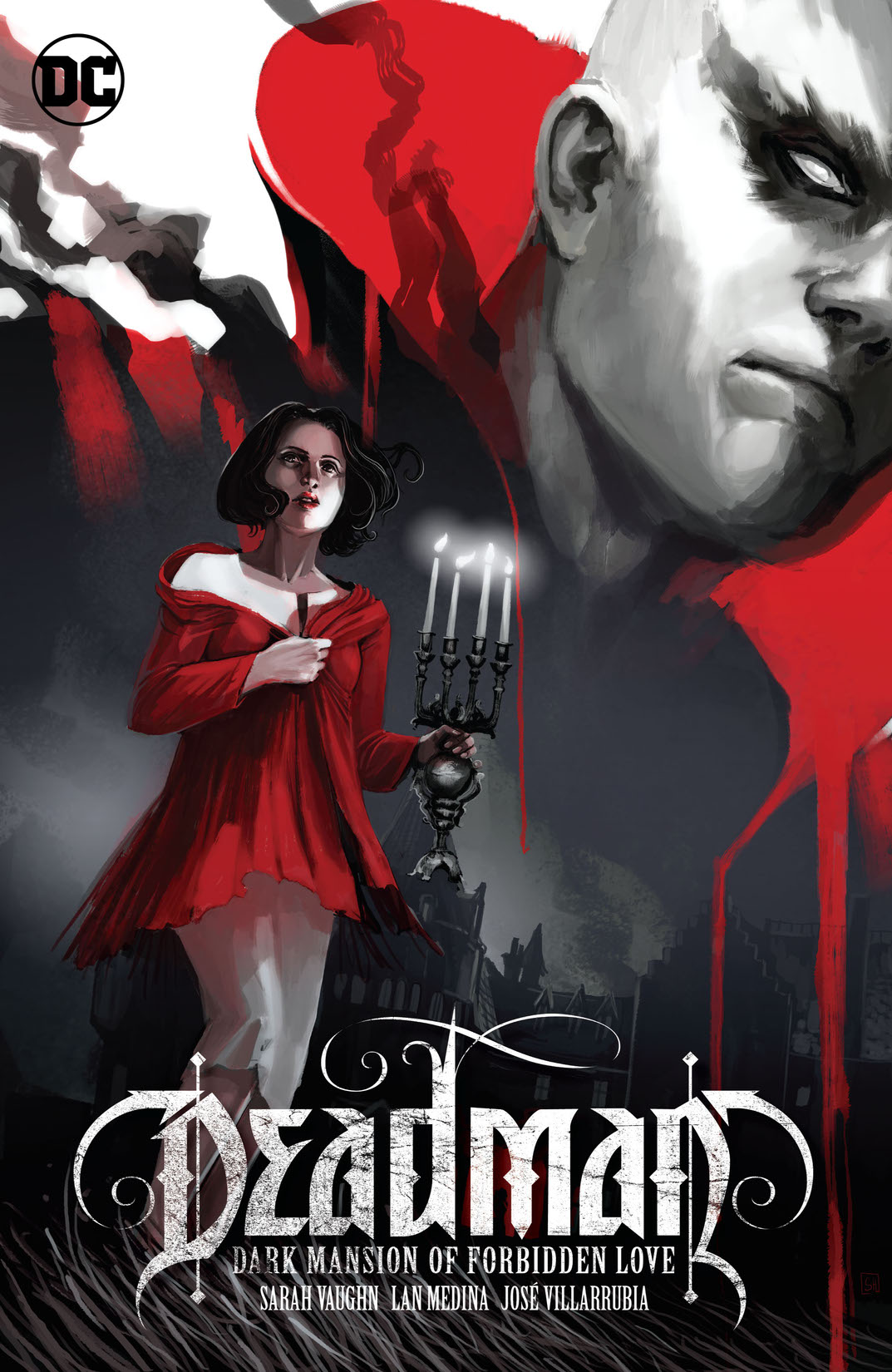 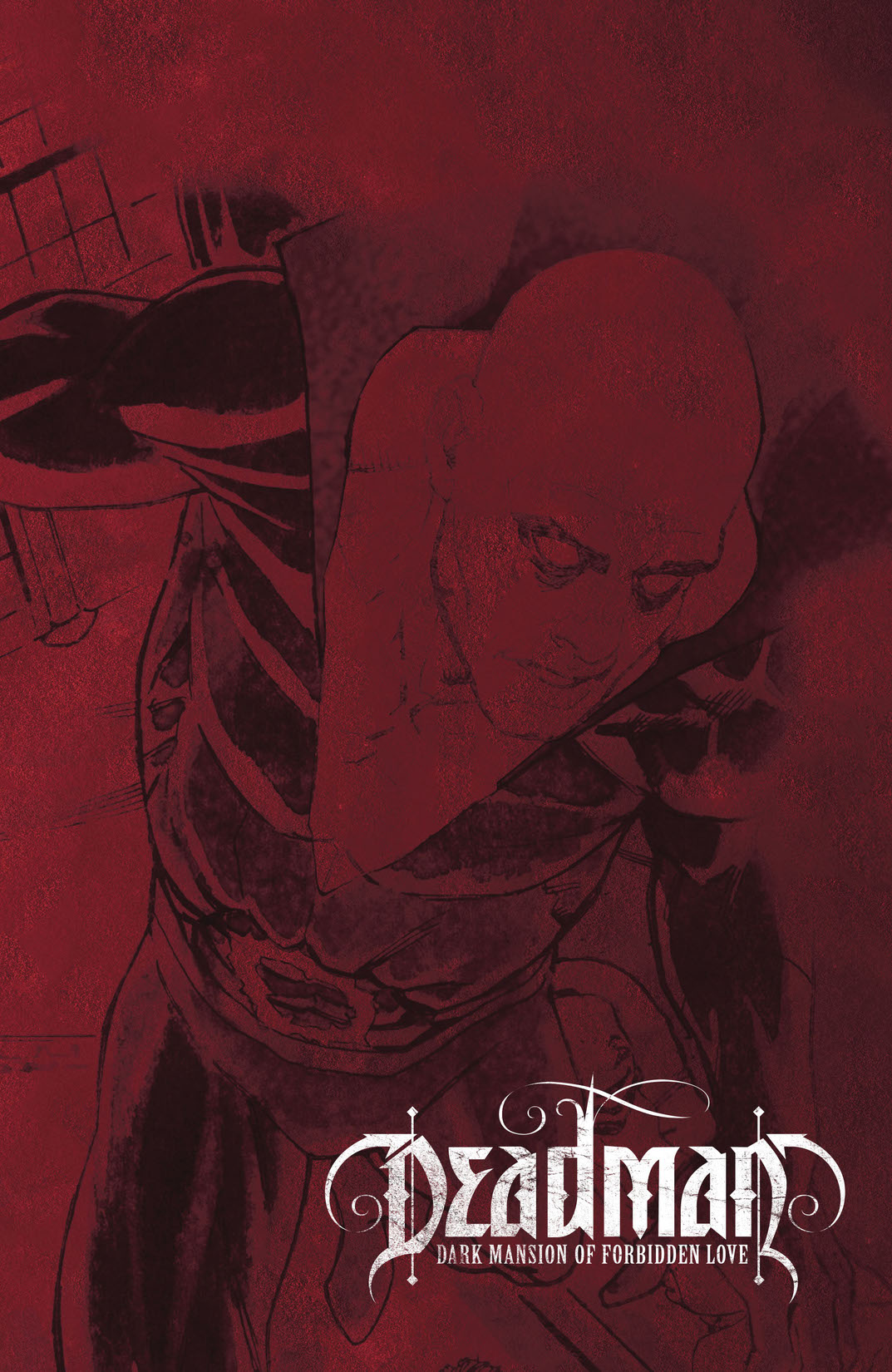 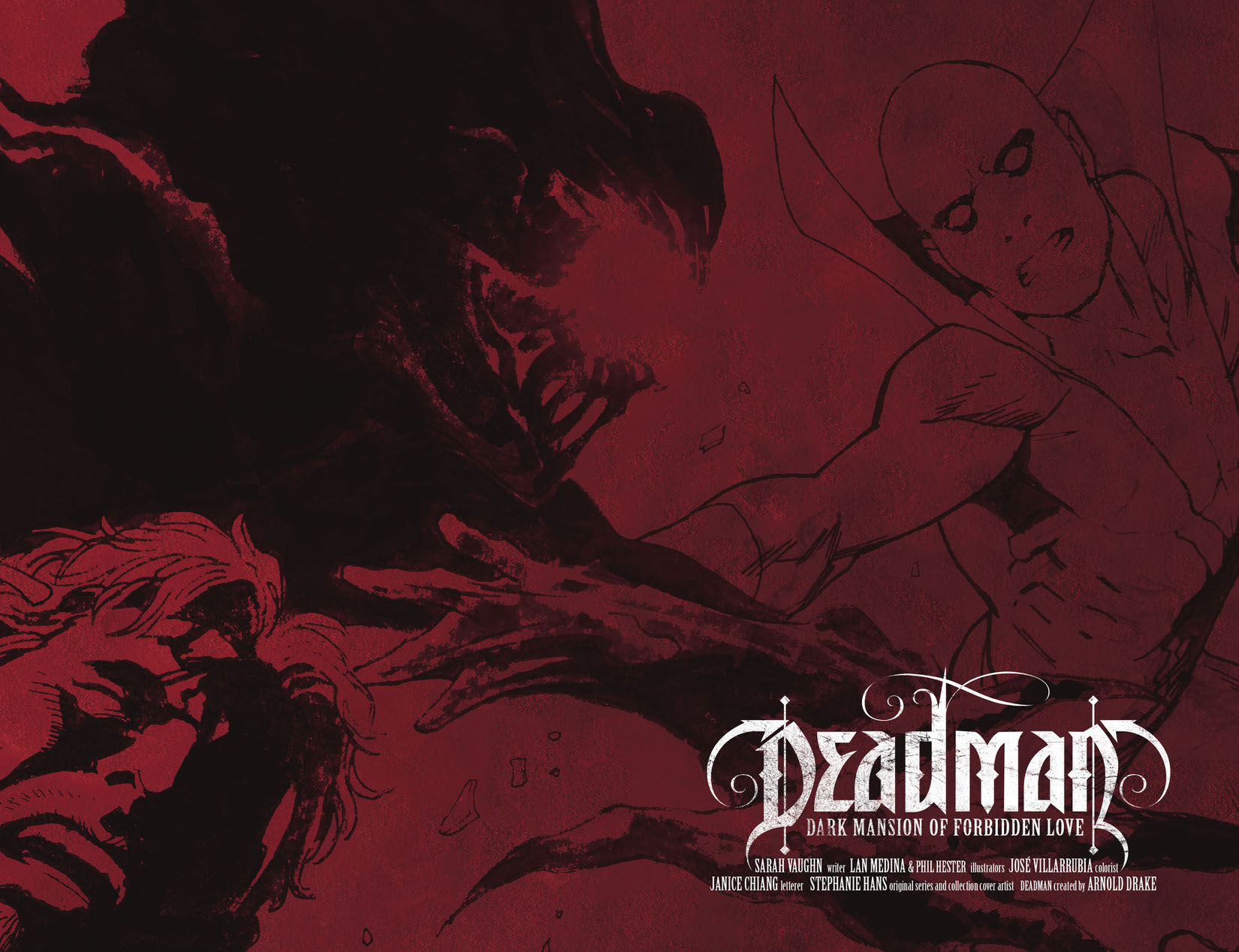 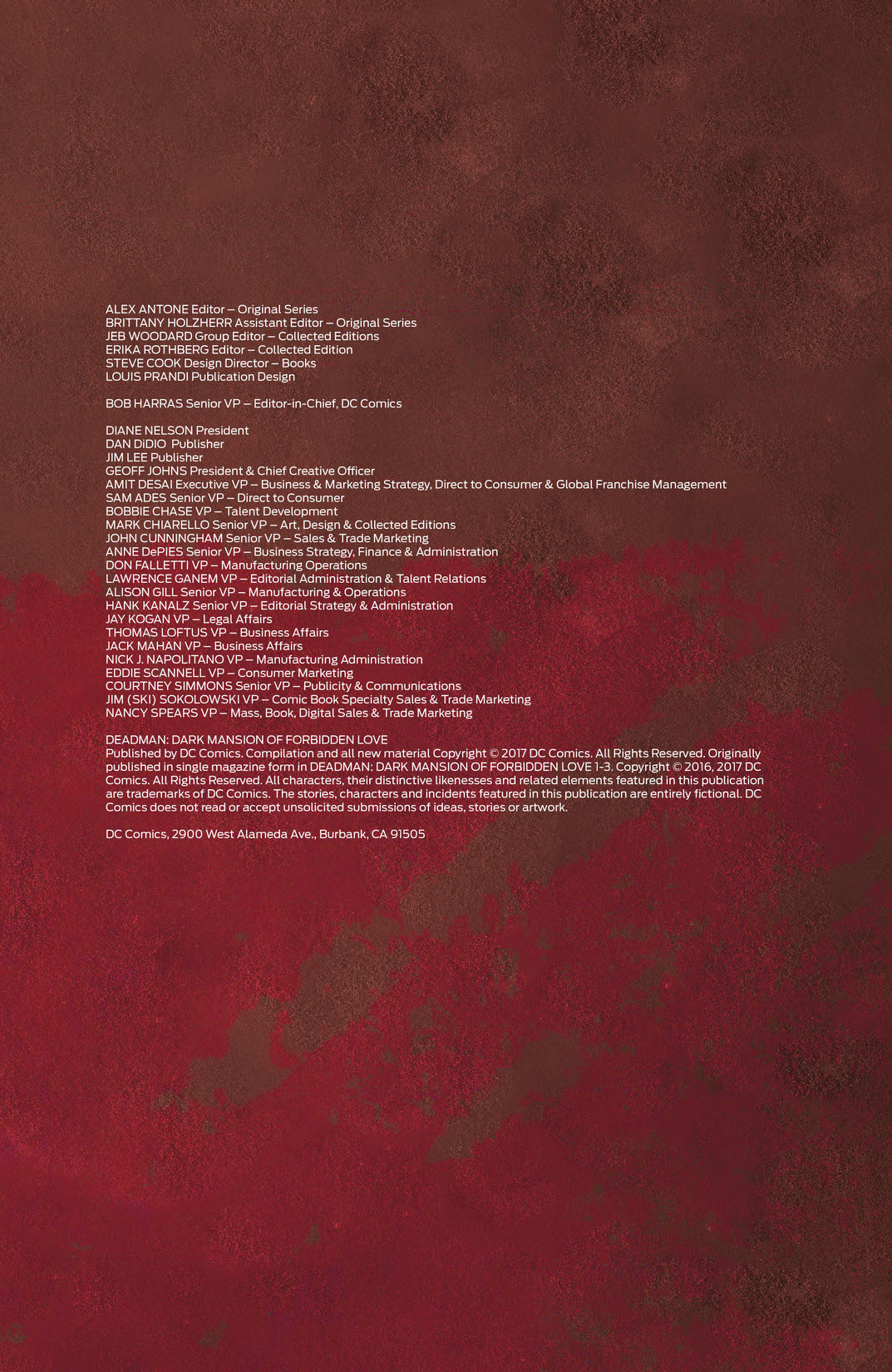 Boston Brand is a dead man walking. More than walking, actually—his uncanny abilities enable him to float, fly and seize control of the bodies of the living. He’s no mere ghost. He’s something more powerful, more heroic. He is Deadman! And he’s about to meet Berenice—a living woman with powers of her own. Berenice’s complicated life and loves have driven her to the haunted halls of the sprawling mansion known as Glencourt Manor. It’s a place where the forces of darkness are known to gather—a house where a person with Berenice’s power to talk to the dead could accomplish great good…or unleash incredible evil. Separated by the boundary between life and death, yet able to walk between both worlds, Deadman and Berenice must work together to unravel the mystery of the Manor and defeat the dark forces that threaten to erupt. Mystery, murder, resurrection and romance await. The only question is, are their hearts and souls strong enough to survive? Unlock the answer in DEADMAN: DARK MANSION OF FORBIDDEN LOVE, from acclaimed creators Sarah Vaughn (ALEX + ADA), Lan Medina (FABLES) and José Villarrubia (SWEET TOOTH). This Gothic tale of passion and betrayal is an all-new twist on the character of Boston Brand. Collects DEADMAN: DARK MANSION OF FORBIDDEN LOVE Books #1-3.