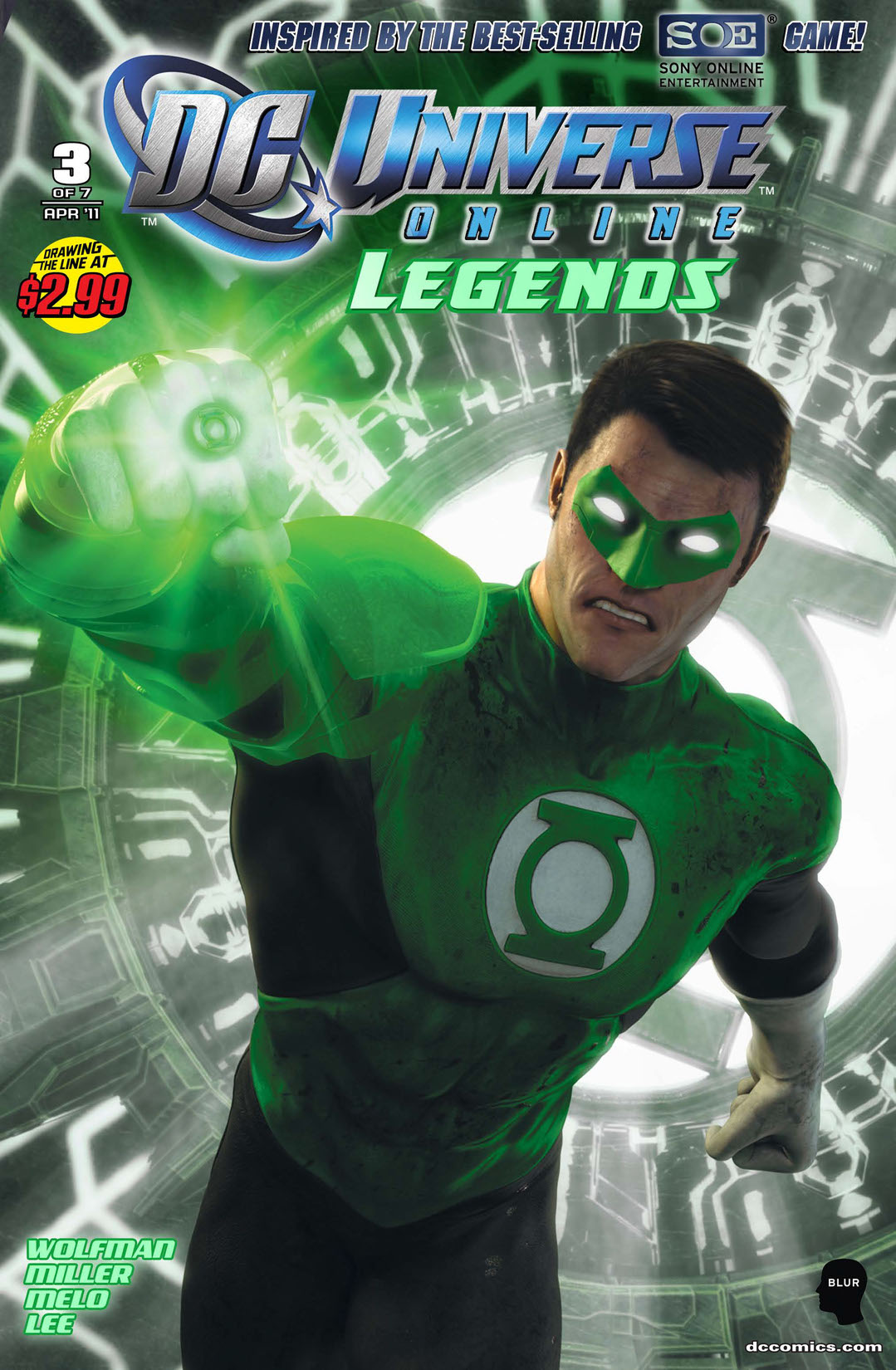 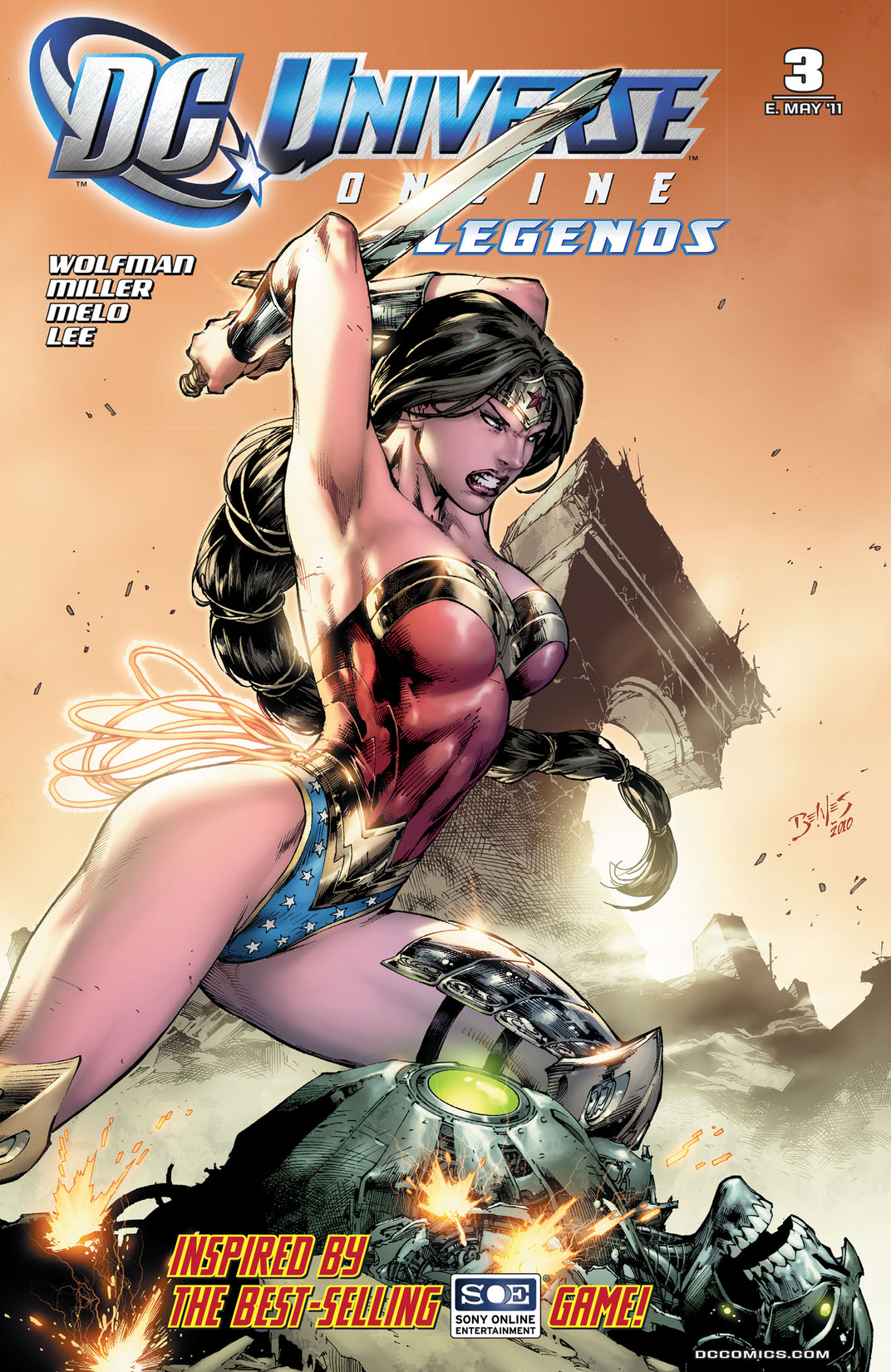 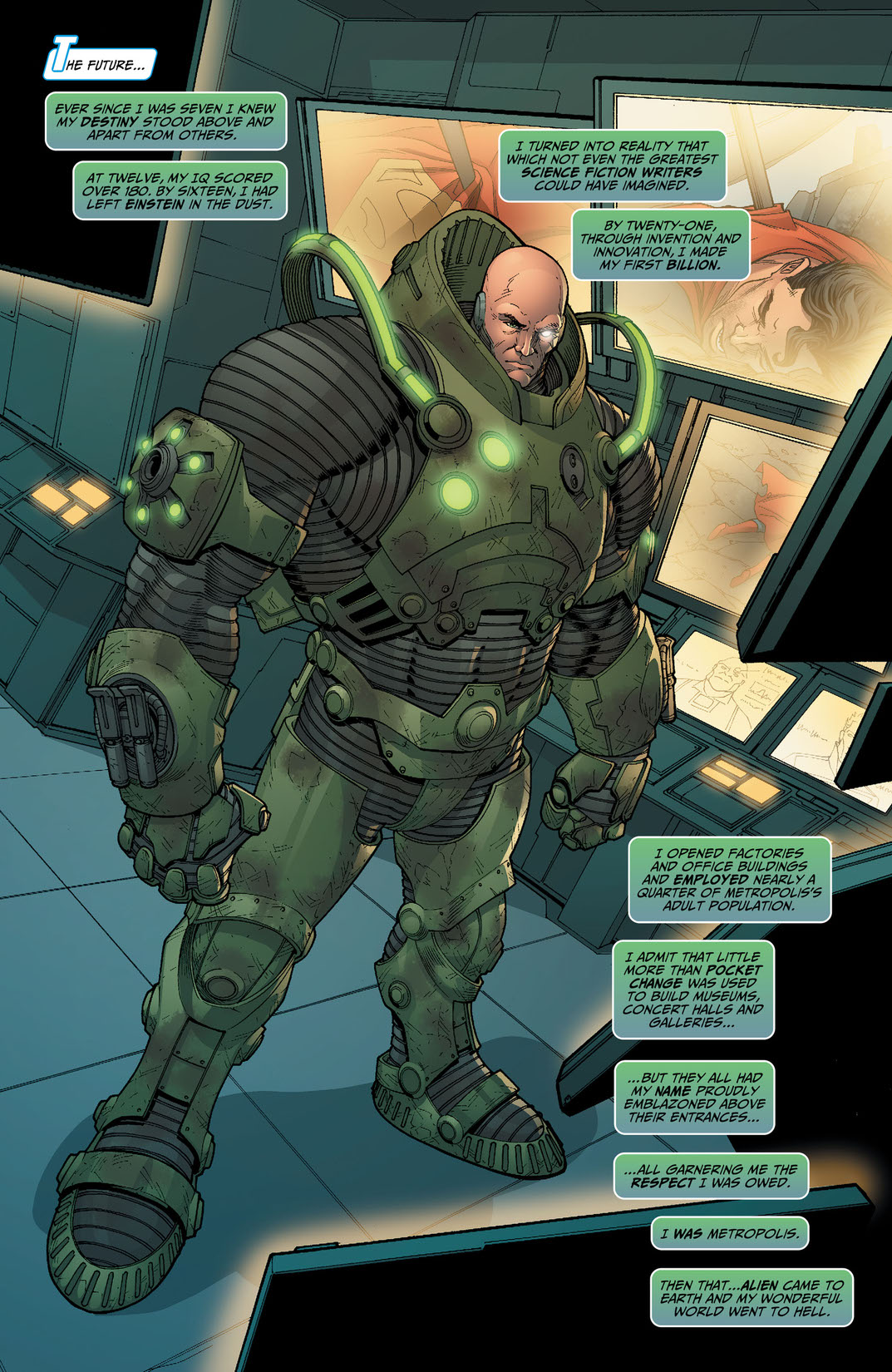 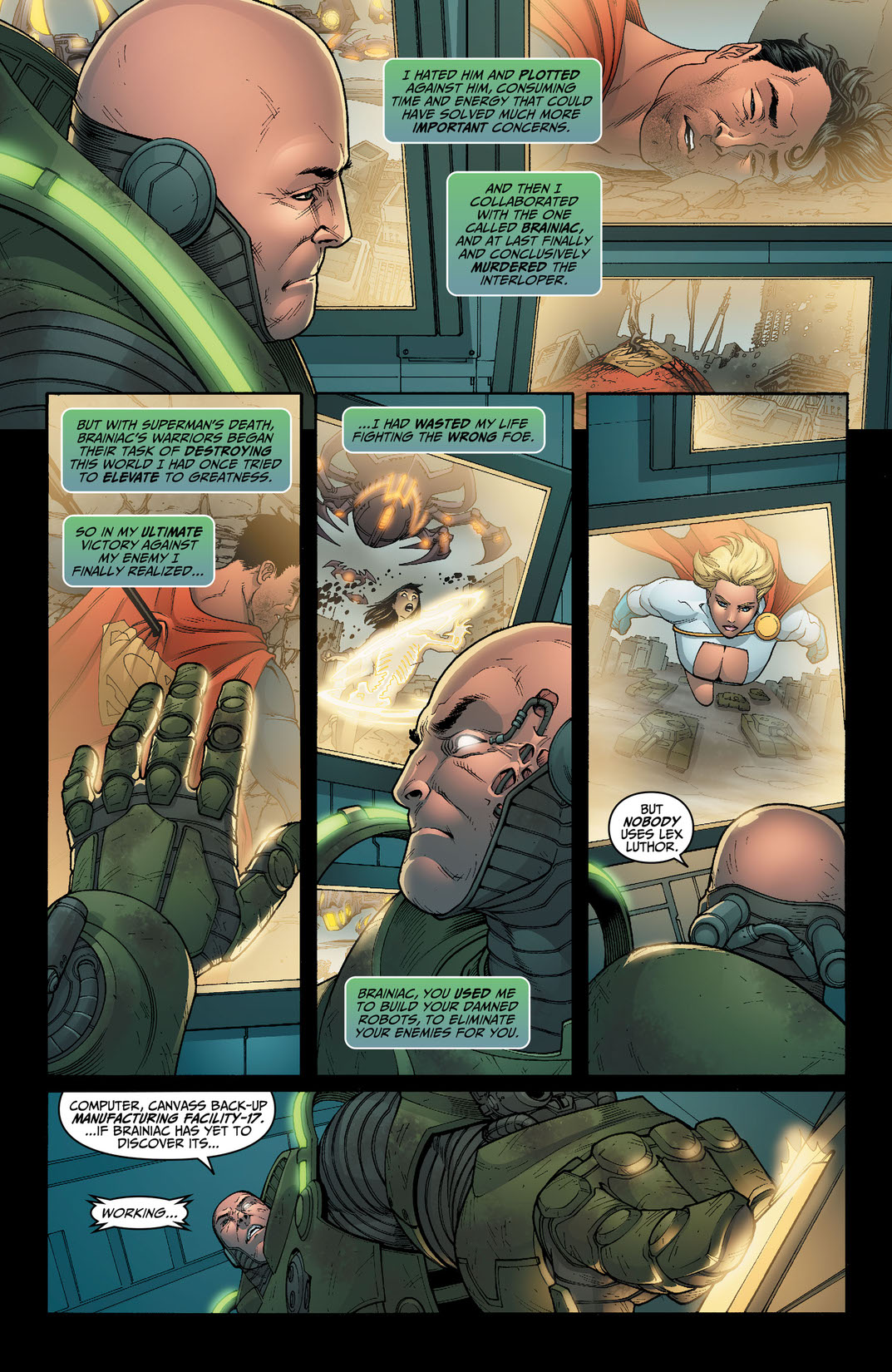 This comic has a special digital-only Variant cover by Blur. Brainiac's assault on Earth has begun—with a first strike at Metropolis and the Man of Steel! But what are Brainiac's real motivations for attacking the Daily Planet? And in the bleak, post-apocalyptic future, a weary Lex Luthor gathers the last of Earth's metahumans for one final stand against an overwhelming alien invader!