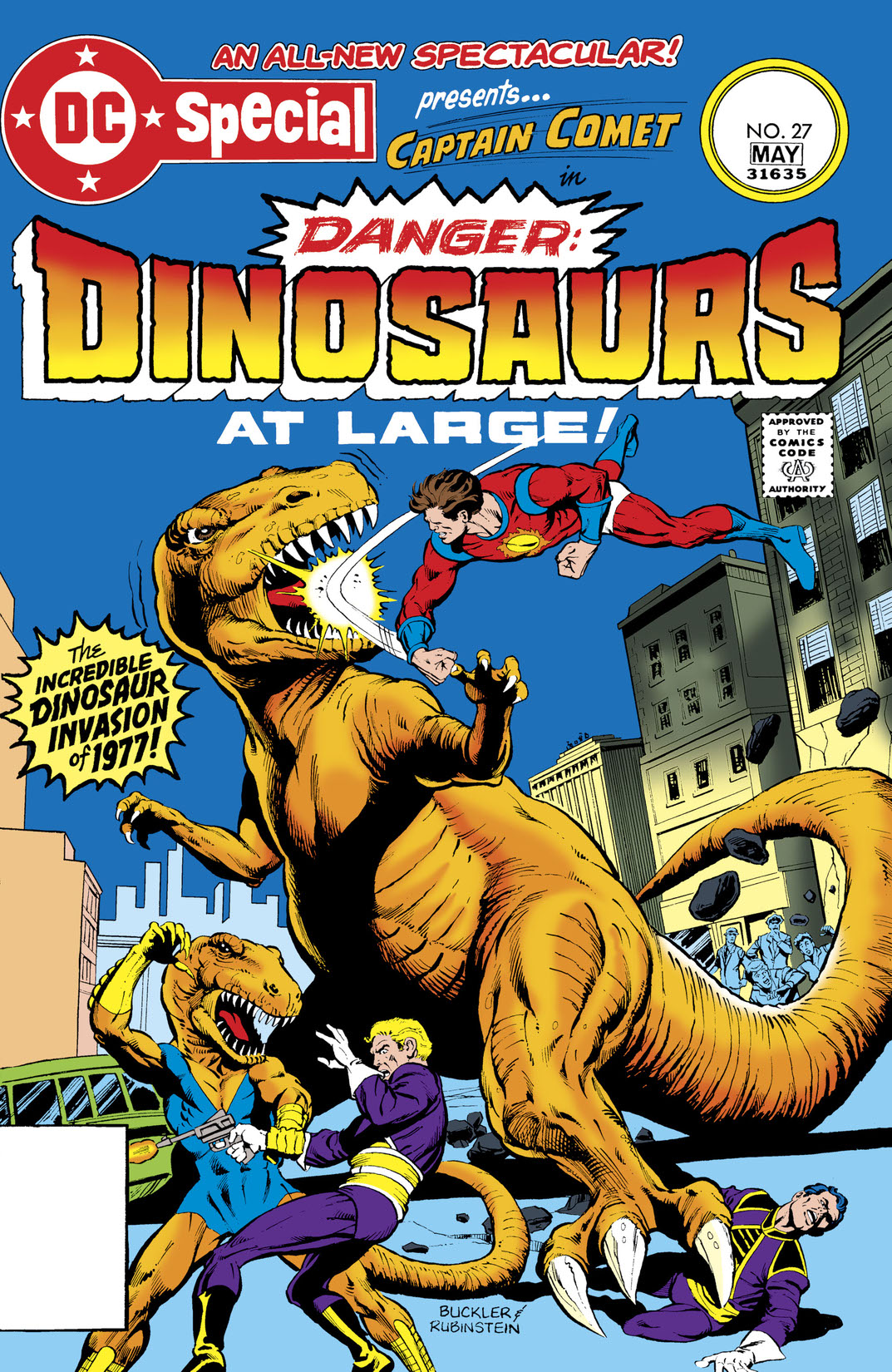 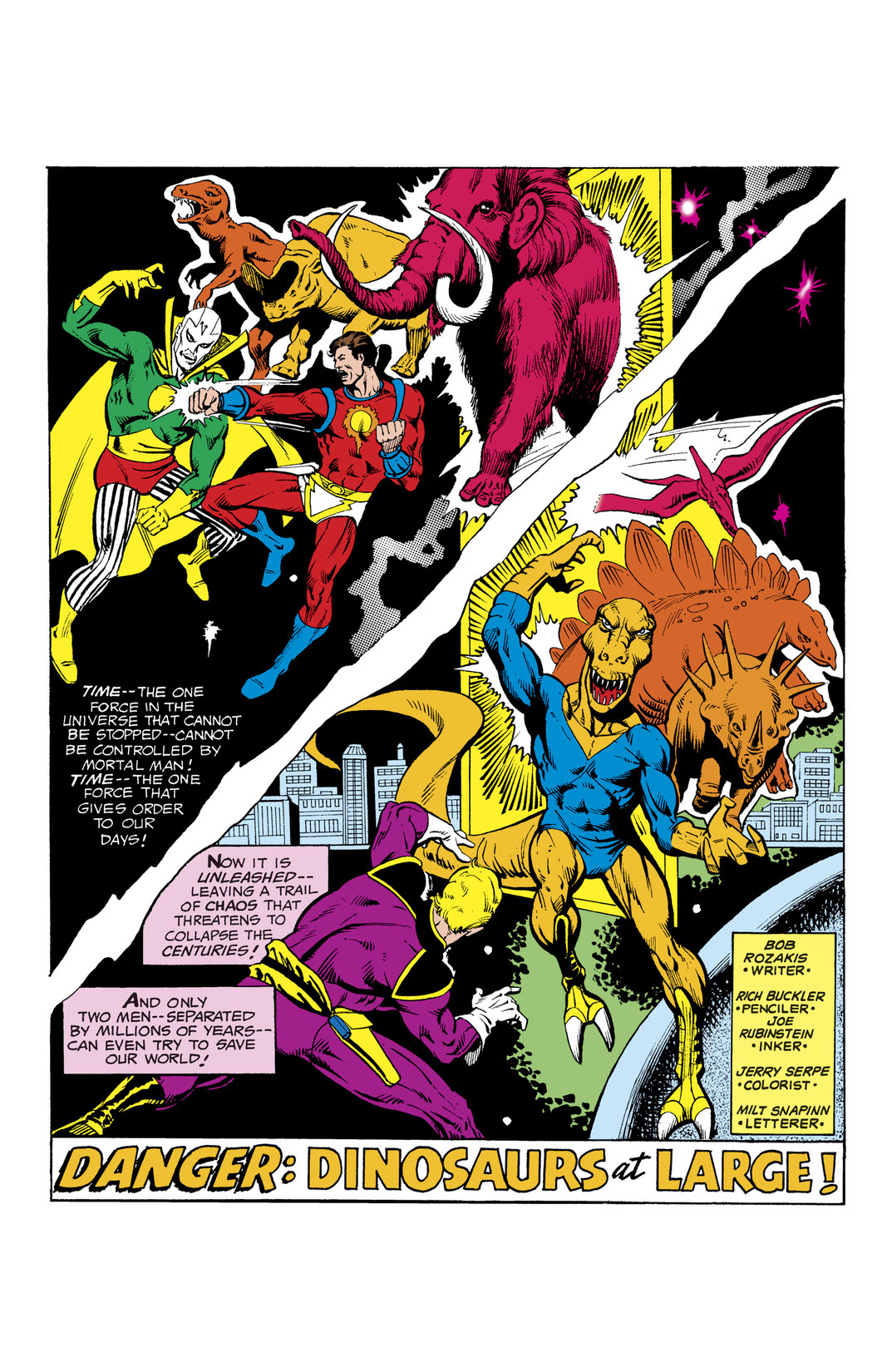 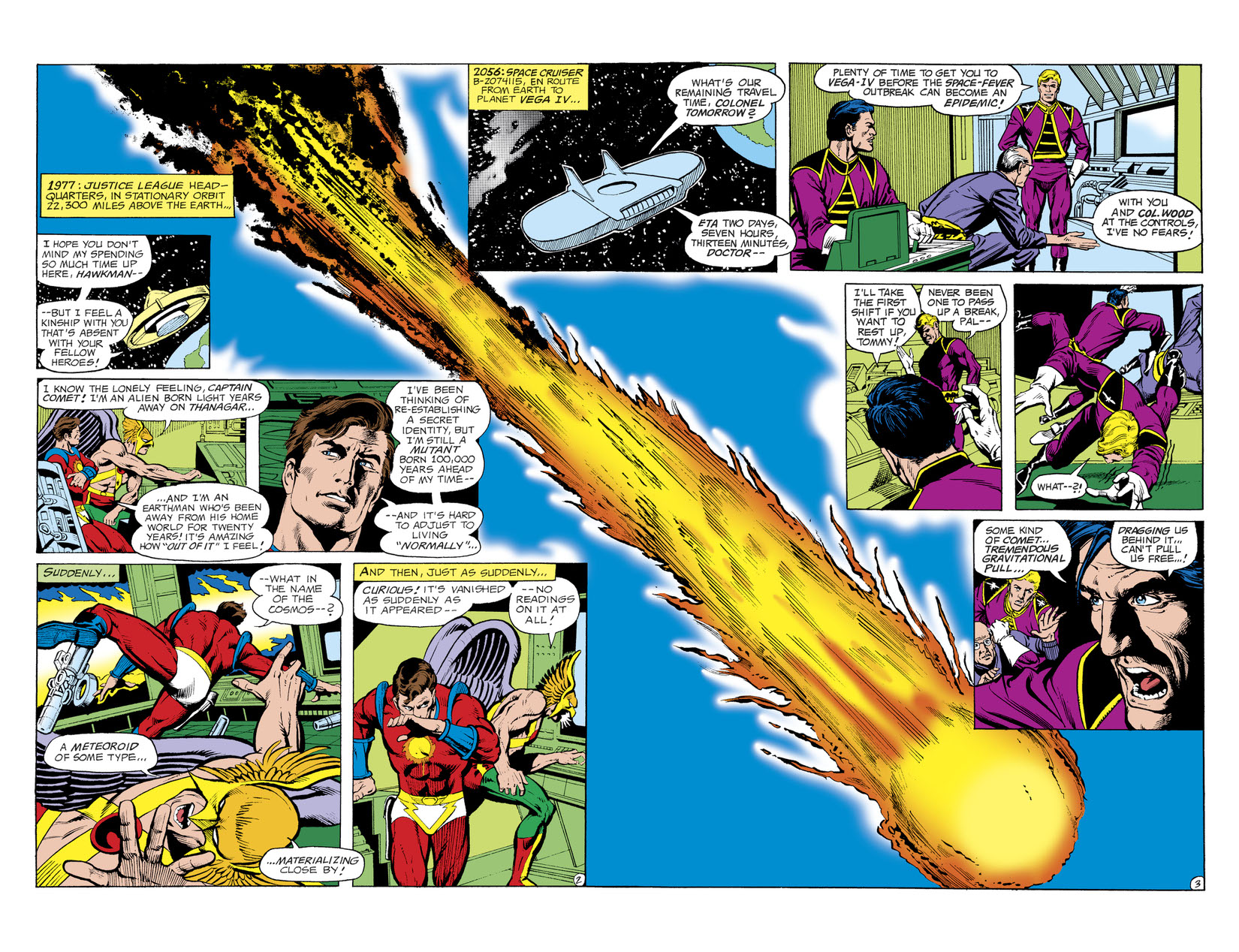 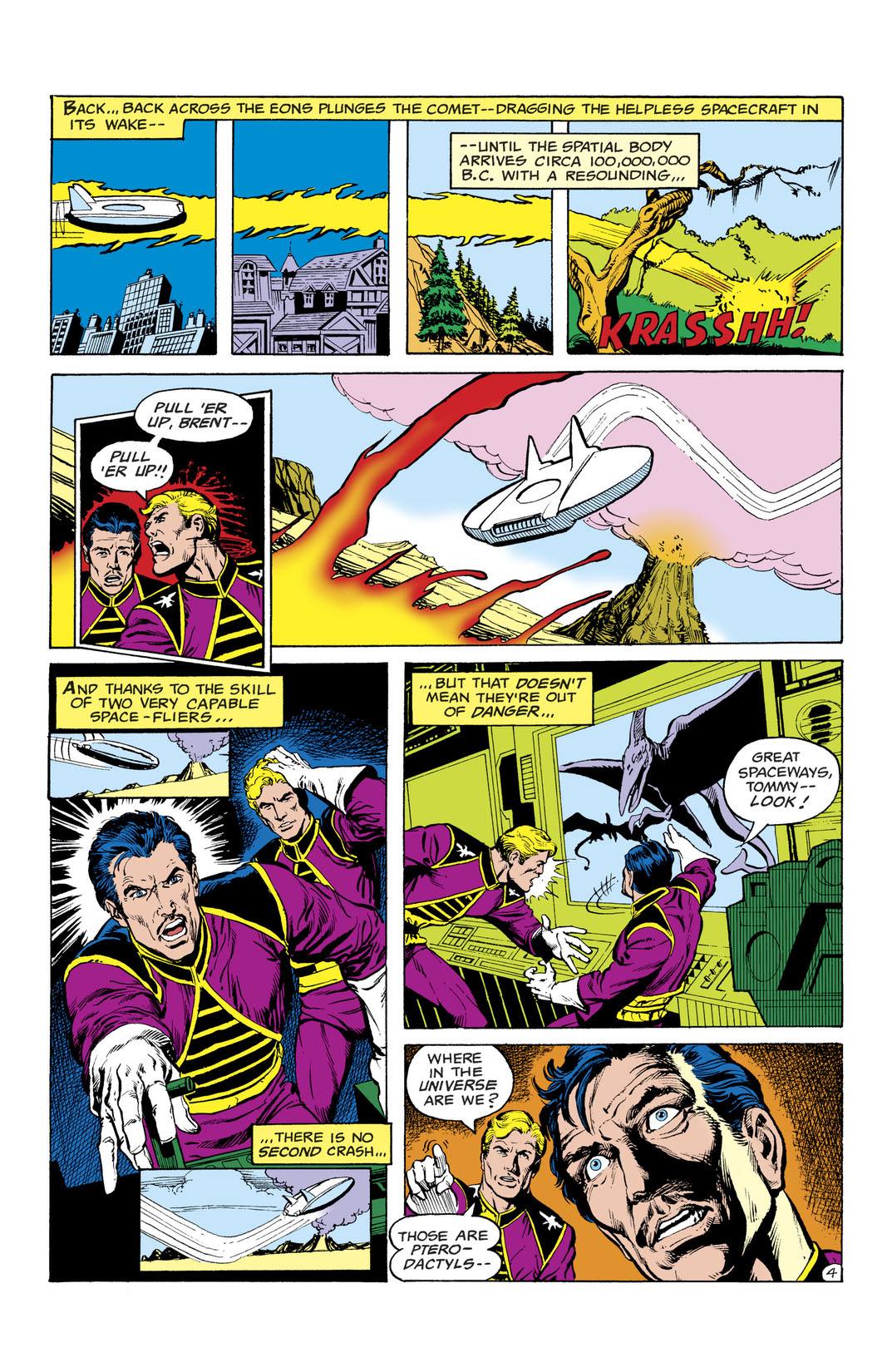 Chronos tries to draw a comet with unique temporal powers from the future into 1977, but he loses control and it keeps going into the past. The comet's intense gravity drags a spacecraft from the year 2056 back with it to 100 million years BC. The ship contains Col. Tommy Tomorrow, Capt. Brent Wood and Dr. Schmidt, who were en route from Earth to the planet Vega-IV to treat a space-fever outbreak. Captain Comet battles Chronos, who has opened a time doorway into the distant past, allowing dinosaurs to invade present-day Earth. In the end, the heroes join forces and defeat Chronos.