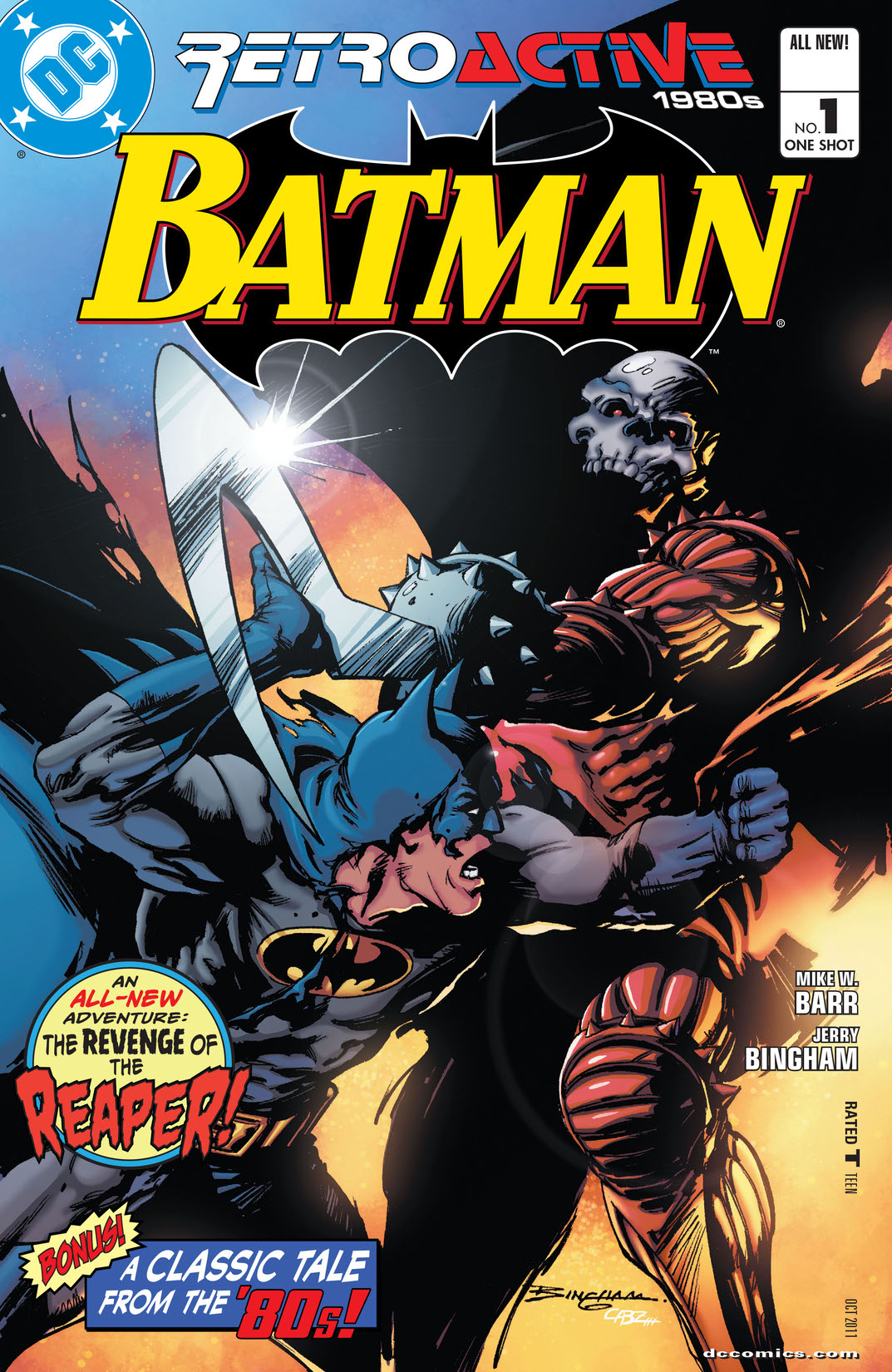 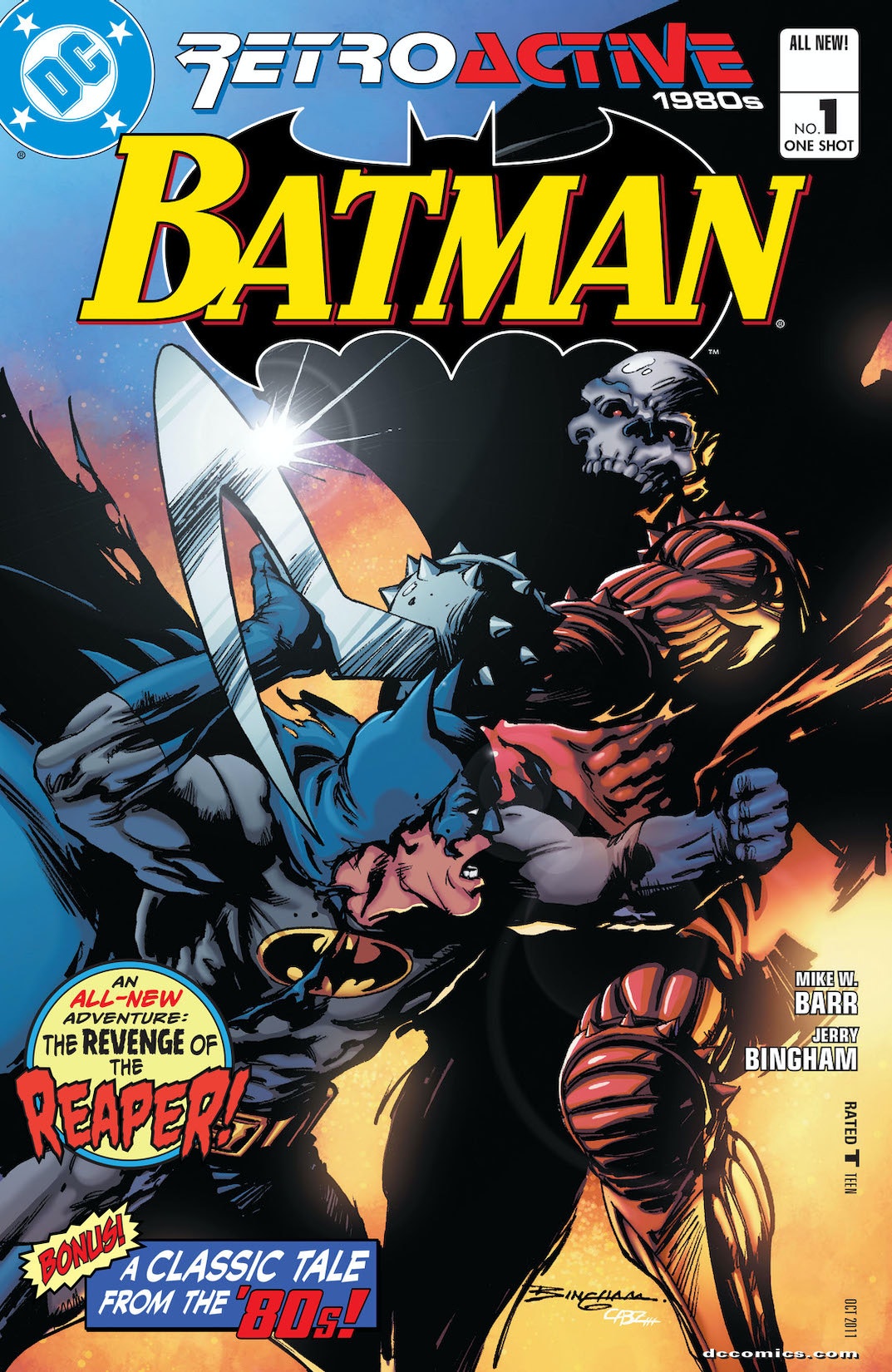 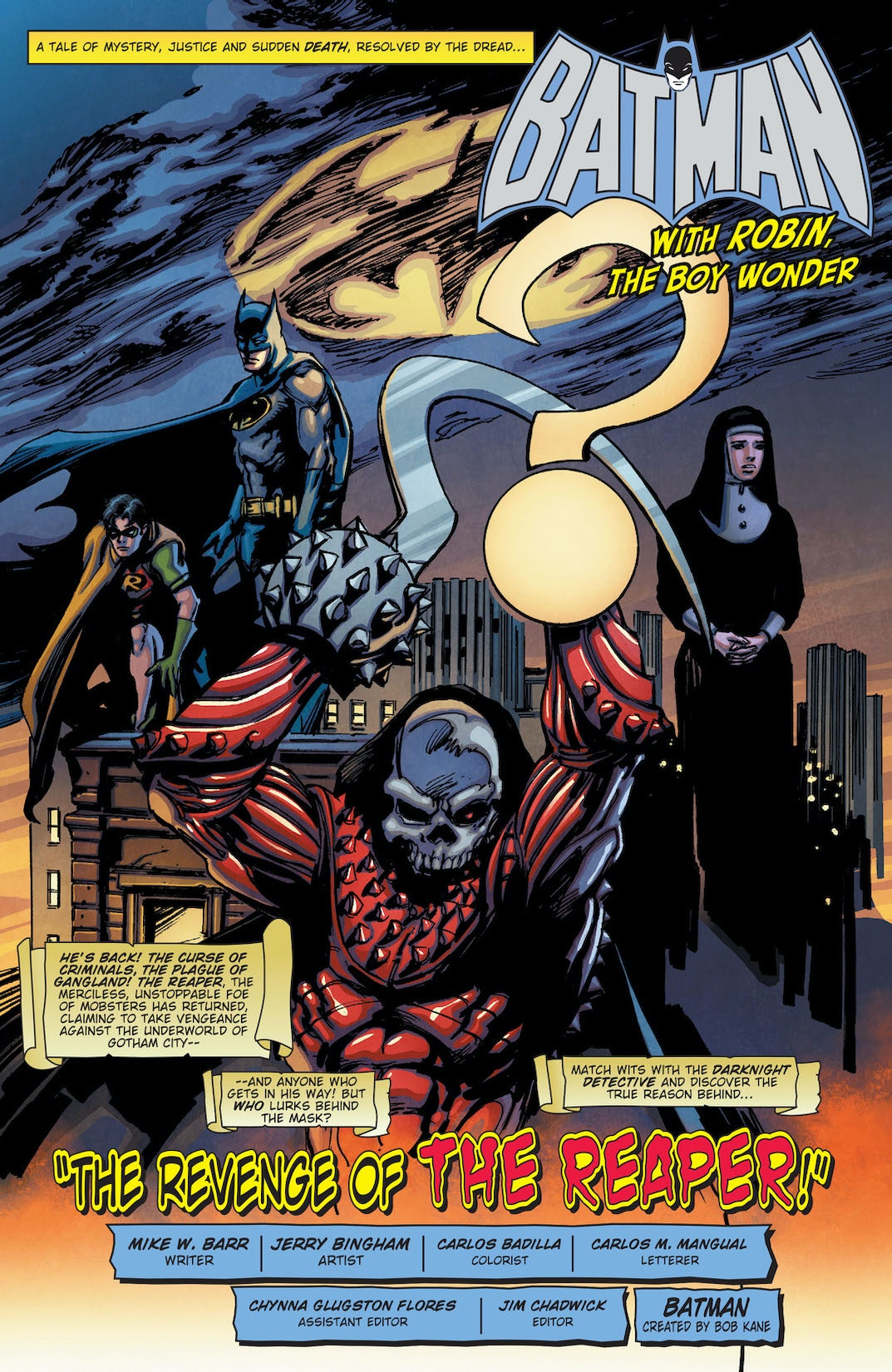 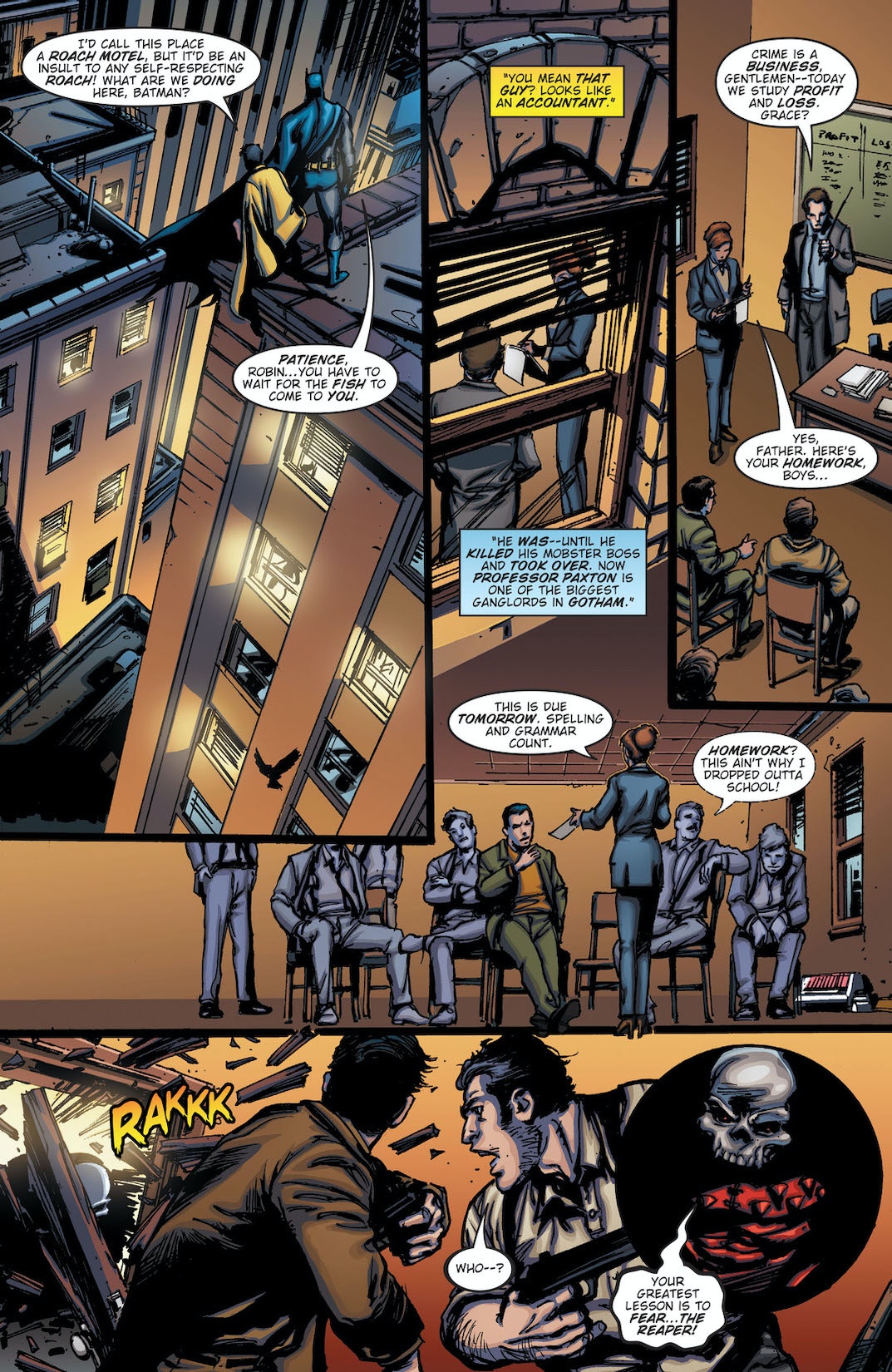 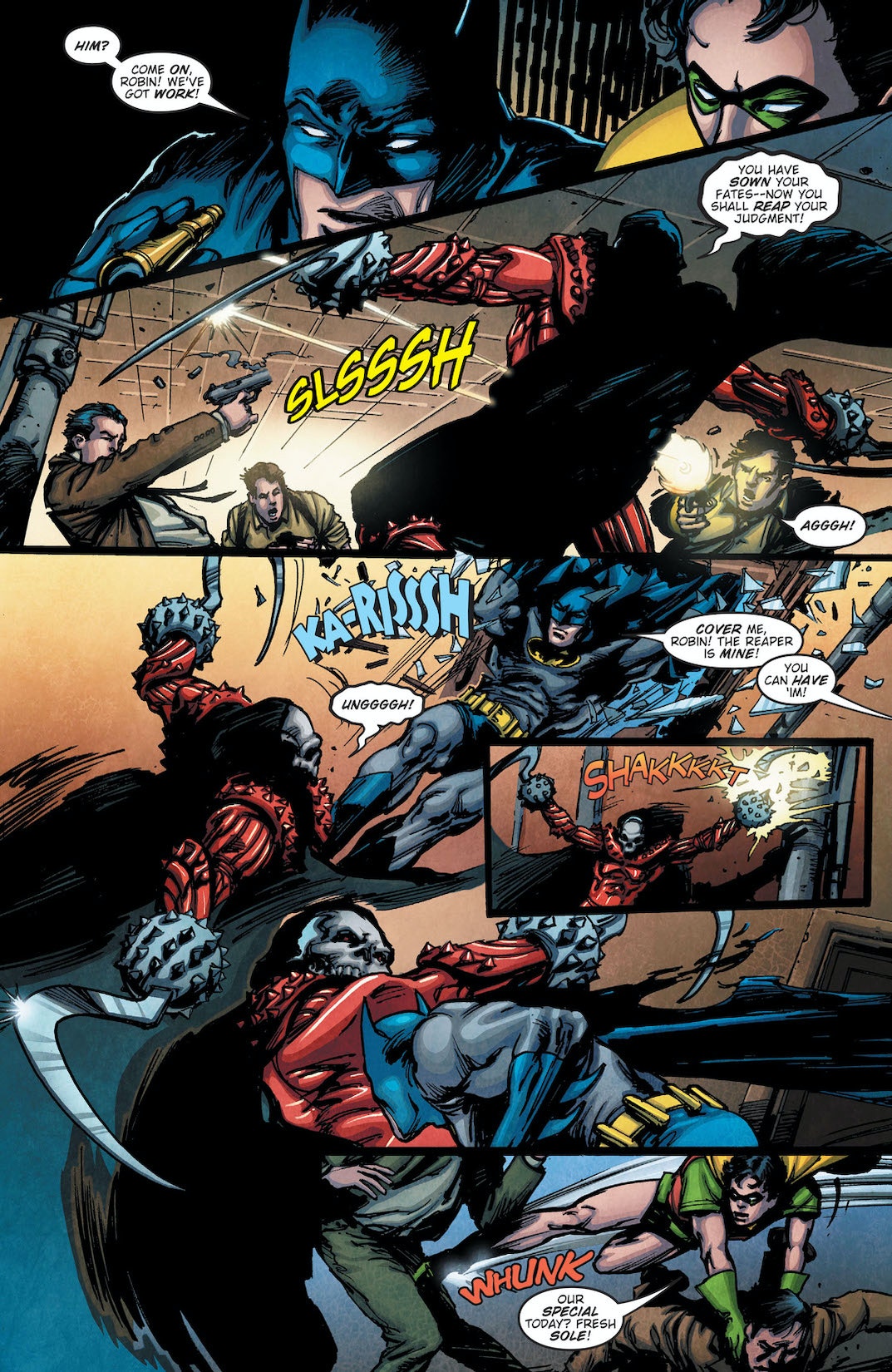 Someone using the name, appearance and methodology of The Reaper is killing off the mobsters of Gotham City...but both of the men who previously masqueraded as The Reaper are dead! Meanwhile, Batman must shepherd an untried Robin, Jason Todd. A reprinted Reaper tale from the 1980s rounds out this special edition.