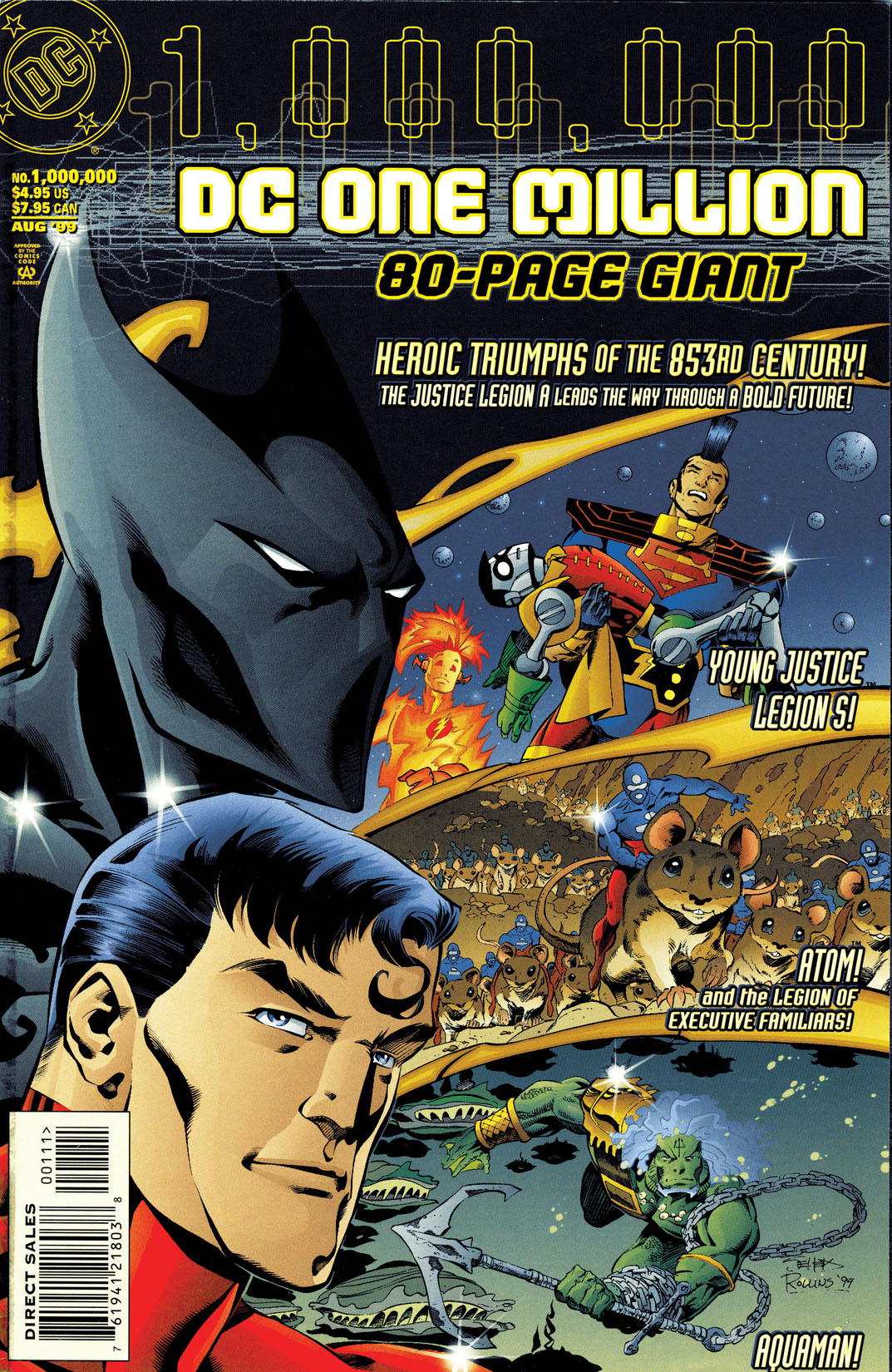 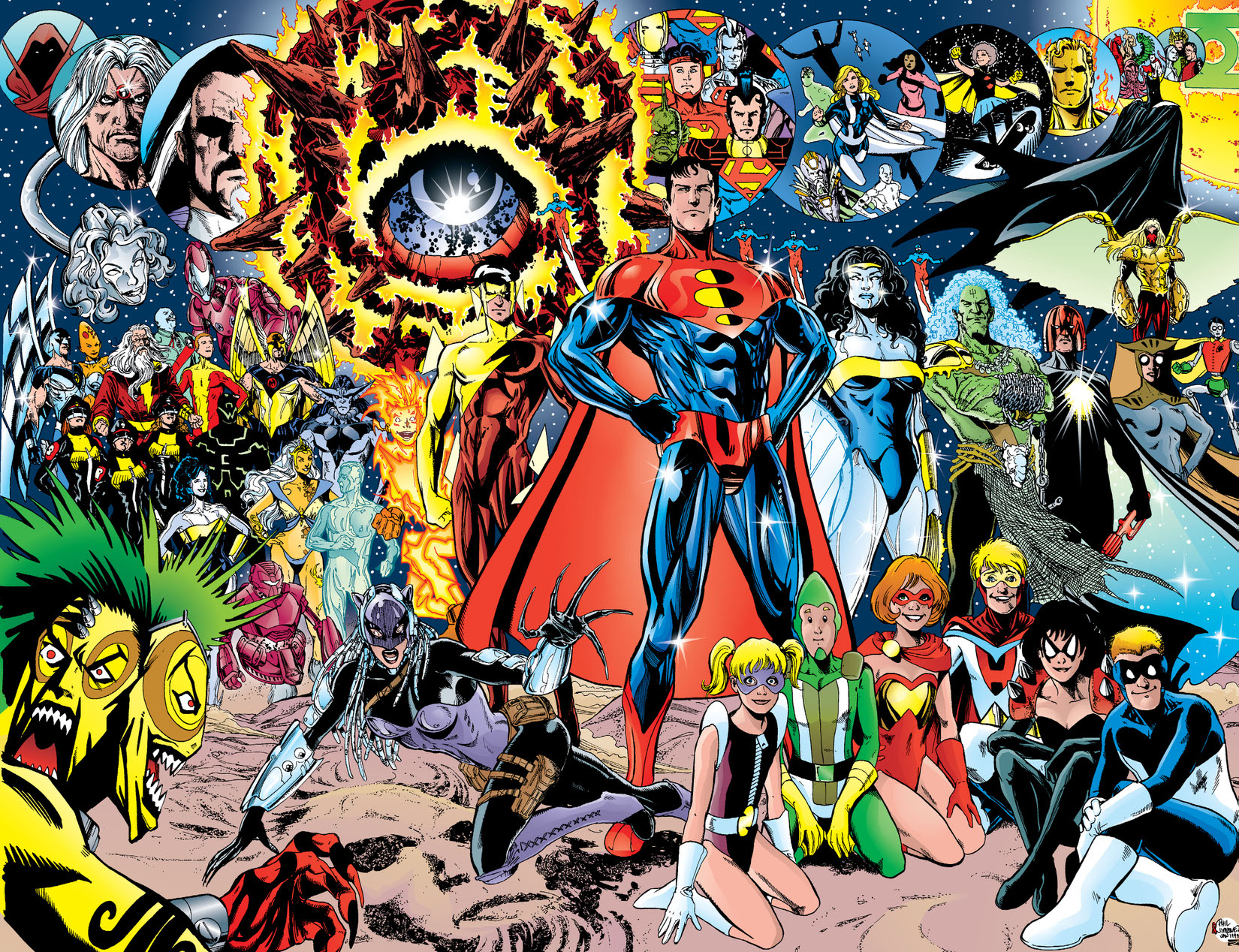 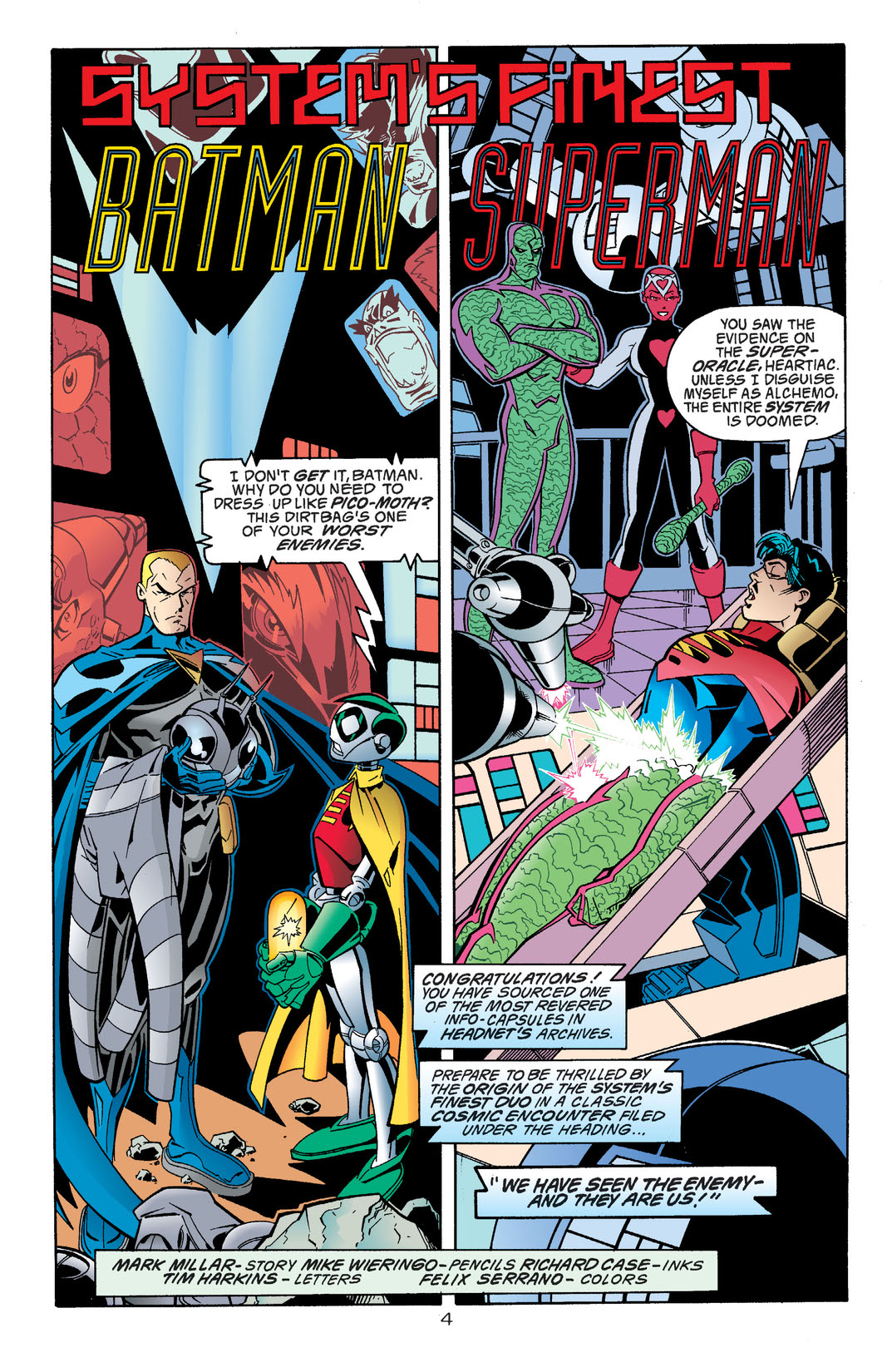 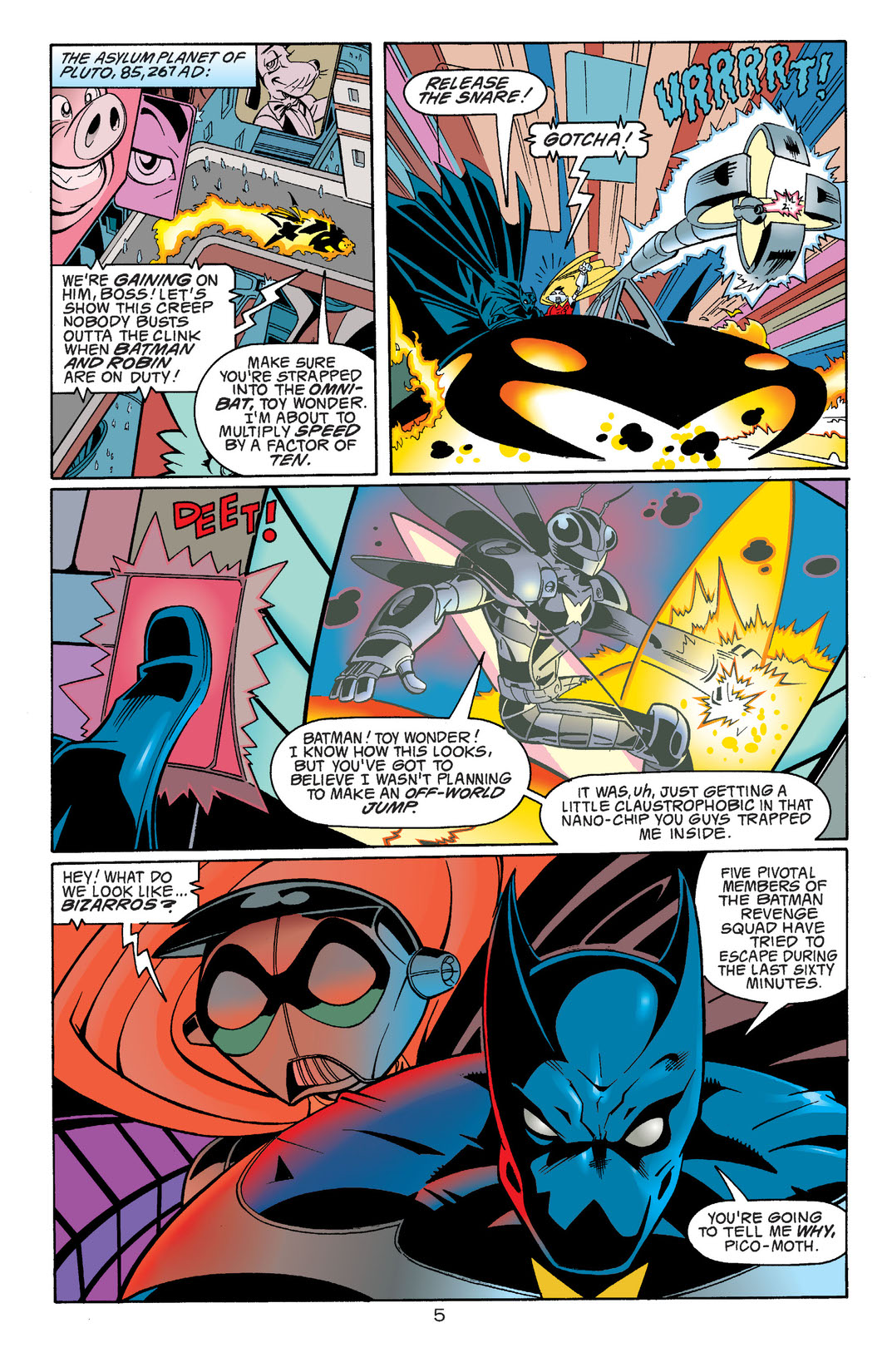 Explore the world of DC One Million in this anthological one-shot that includes 'Crisis One Million' by Grant Morrison, which sees the Justice Legion A meeting its Qwardian counterparts, rallying the Simian Universe, and finding hope in the past! Plus: the future's Superman and Batman team up for the first time in 'System's Finest'; Superboy and Impulse try to help repair the damaged Toy Wonder; and the Legion of Executive Familiars looks for new recruits! All this and much, much more!