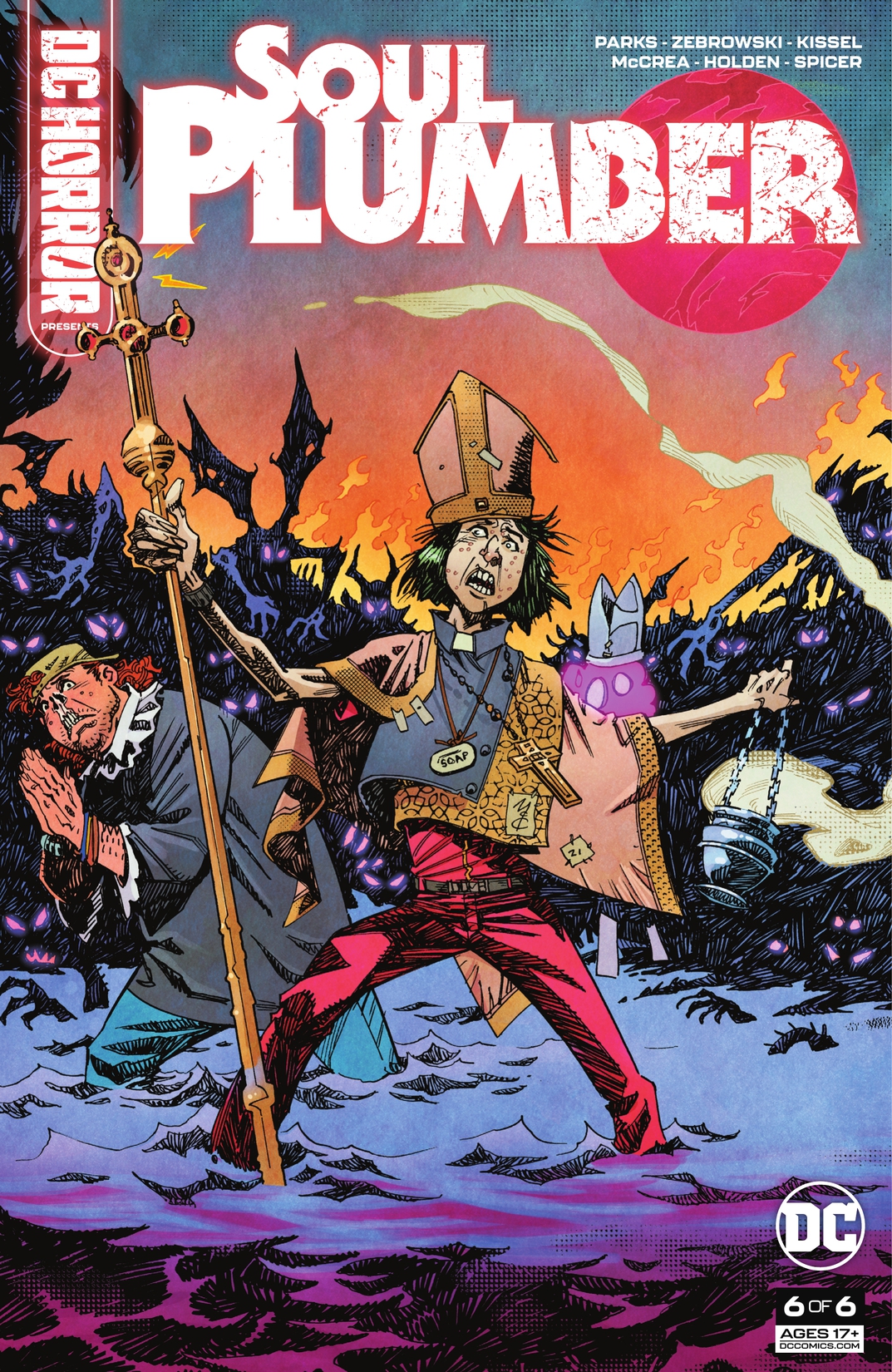 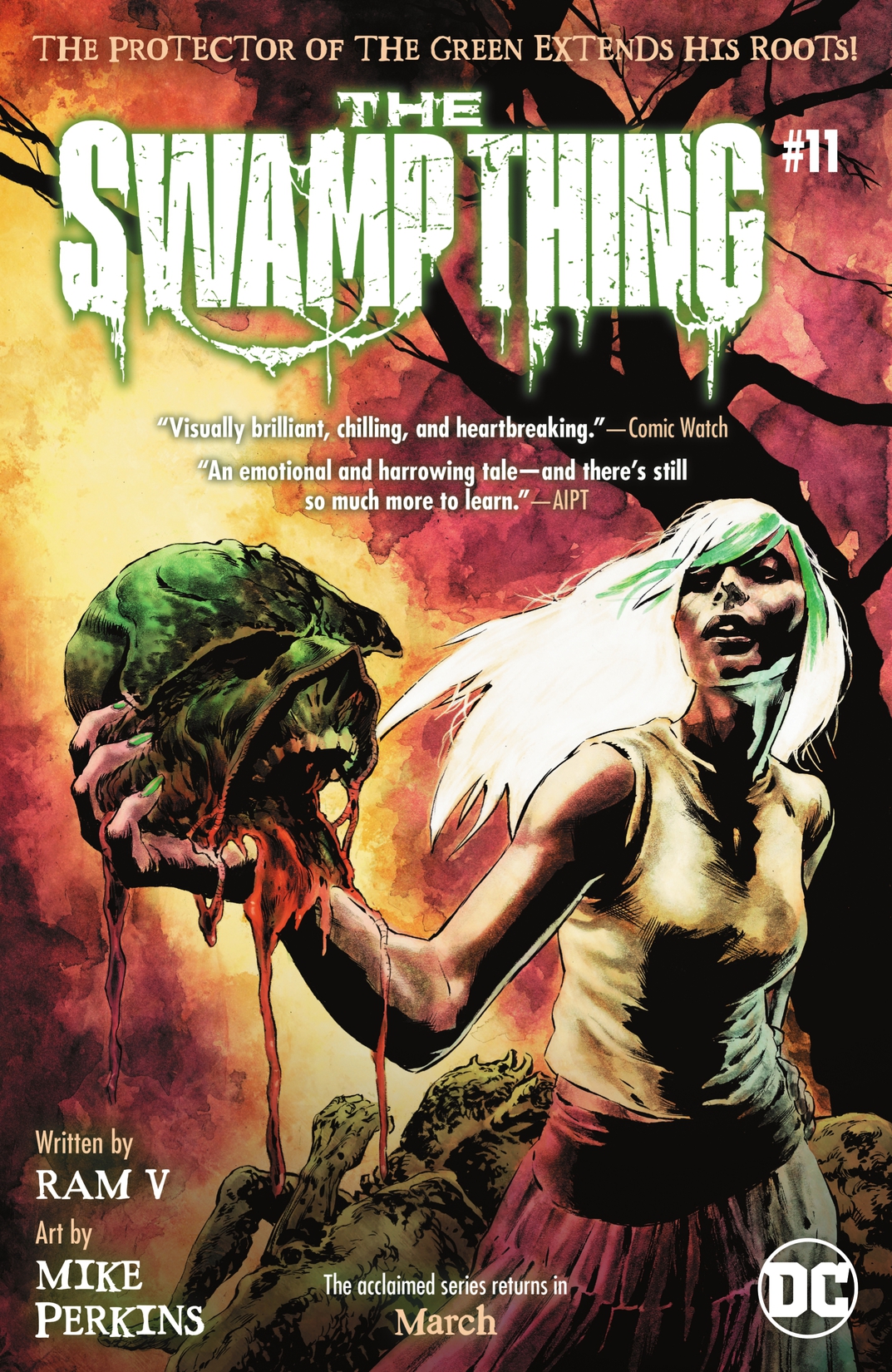 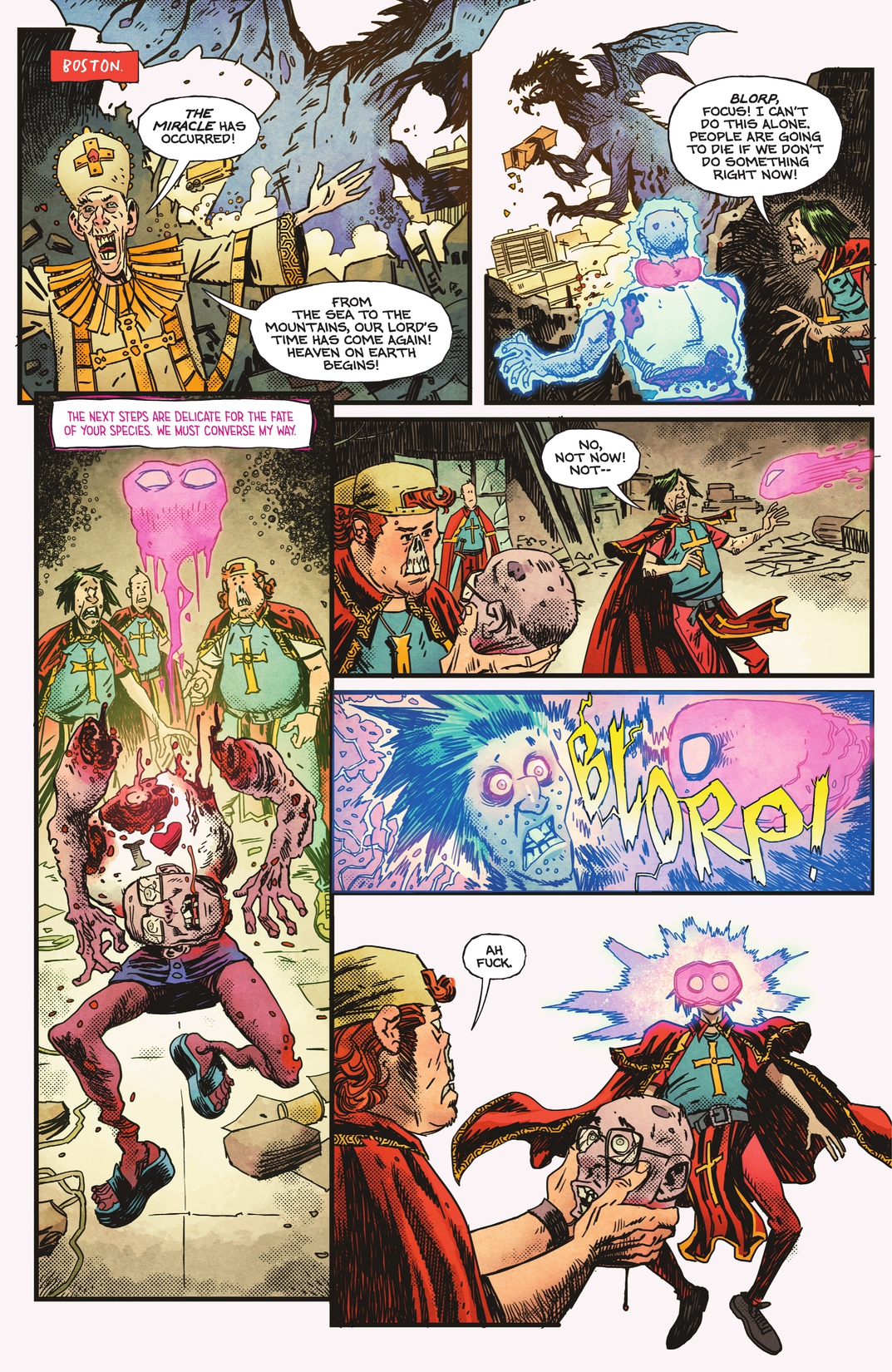 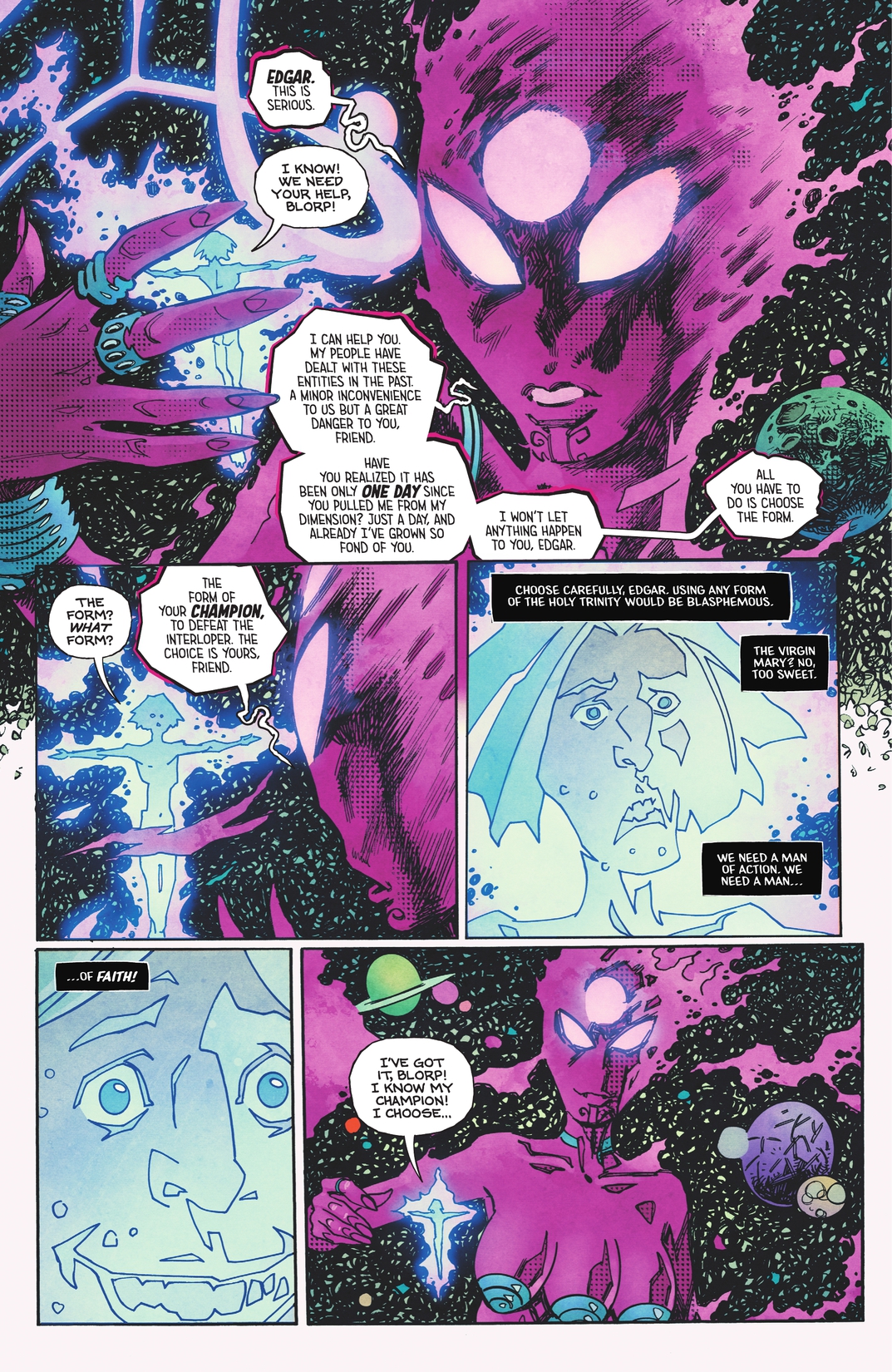 After five issues of blood, Bible verses, barf, and Blorps, it’s all come down to this. How on Earth will a seminary dropout and his noseless pal save the day? The biblical, bizarre, and sometimes nauseating saga of Edgar Wiggins reaches its biblical, bizarre, and sometimes nauseating conclusion in this final issue that needs to be seen to be believed!