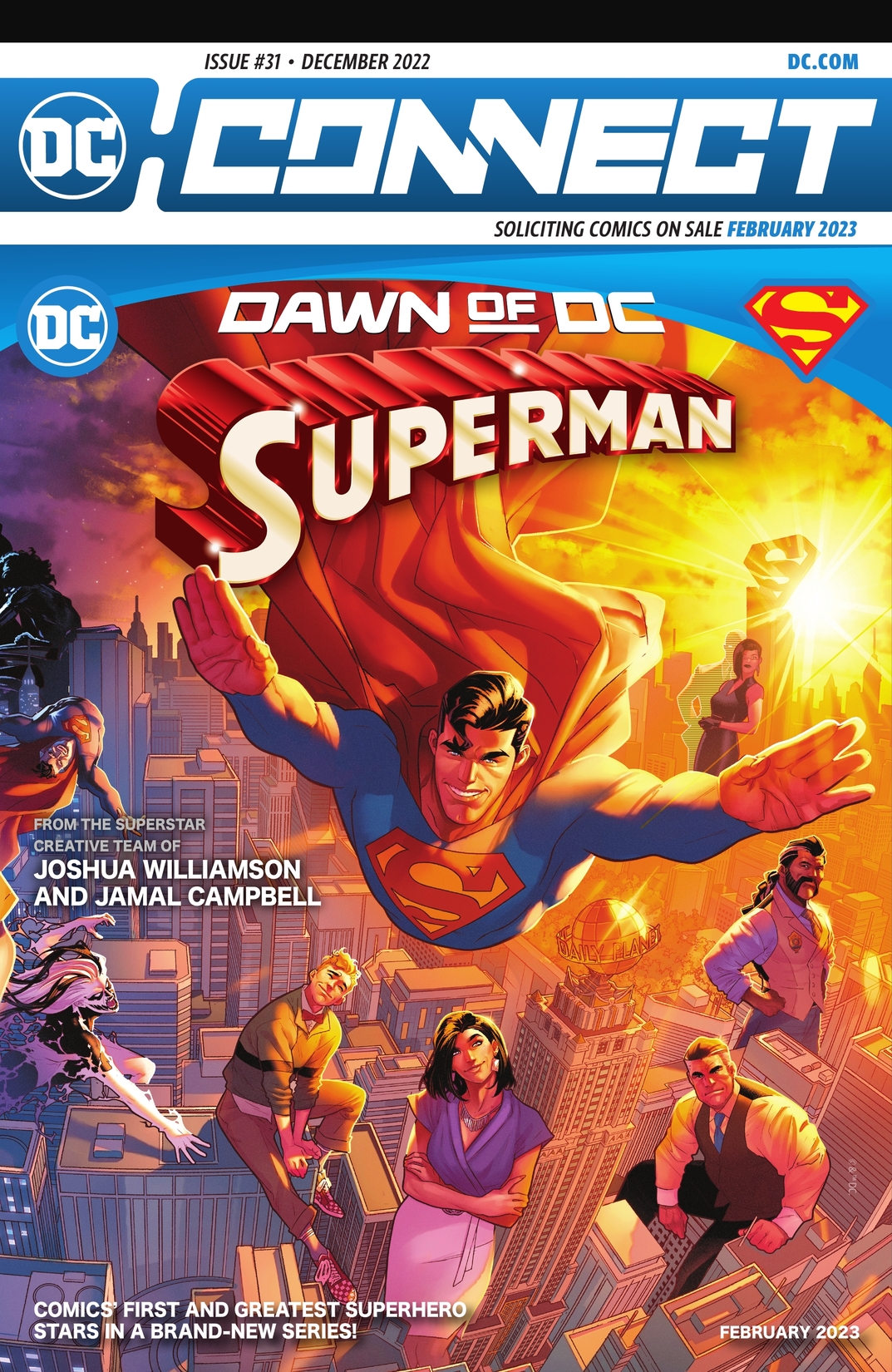 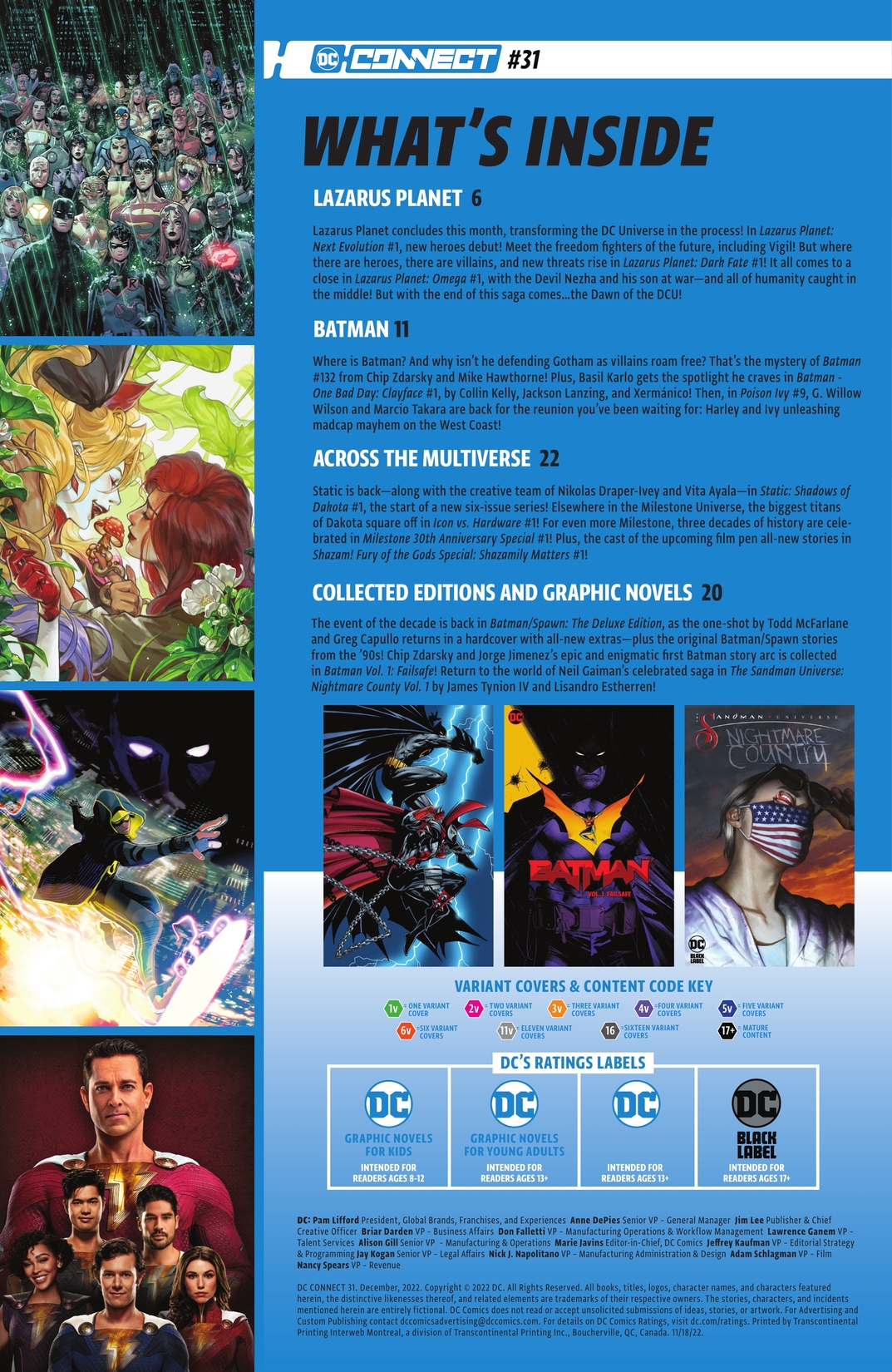 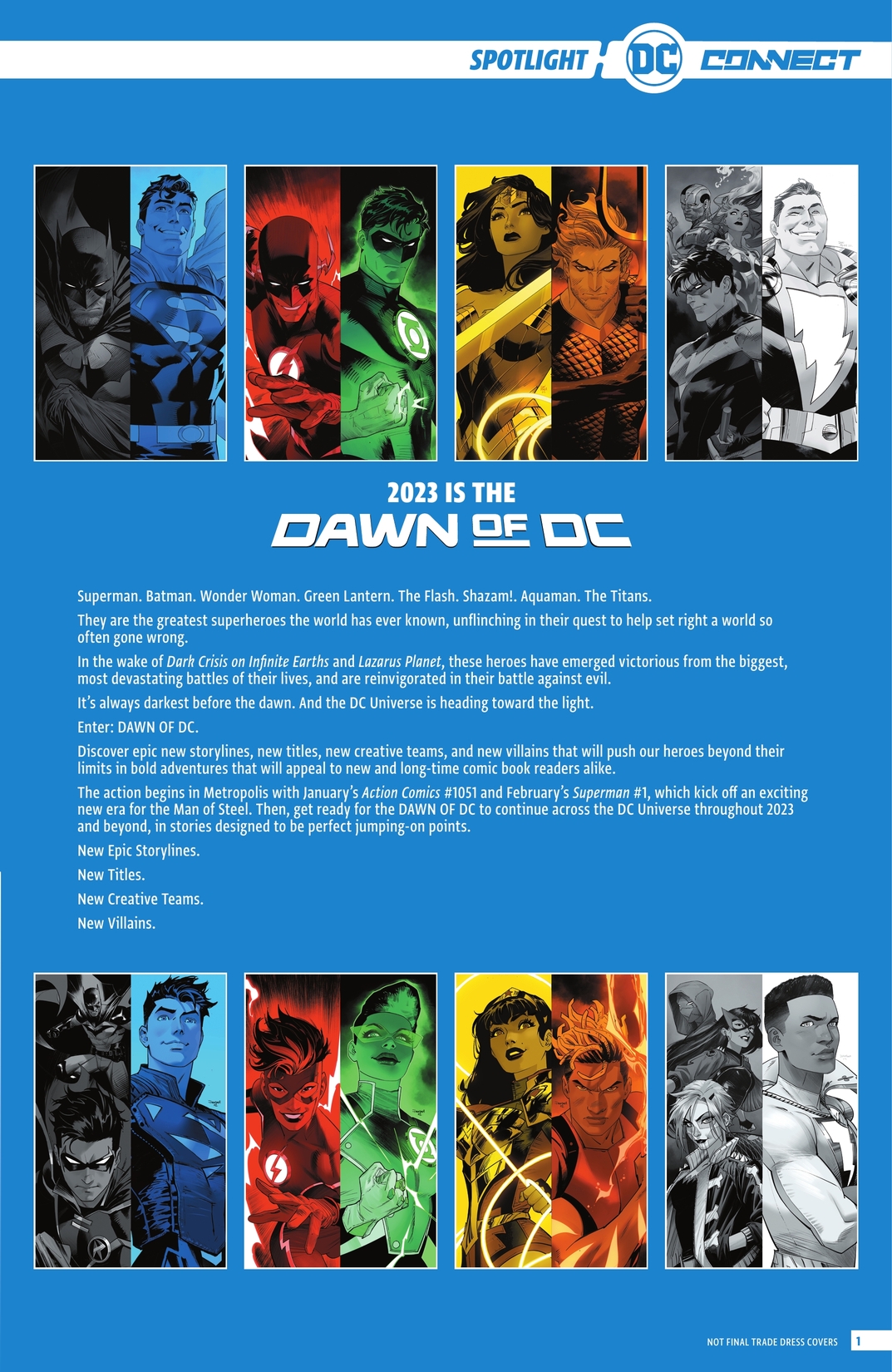 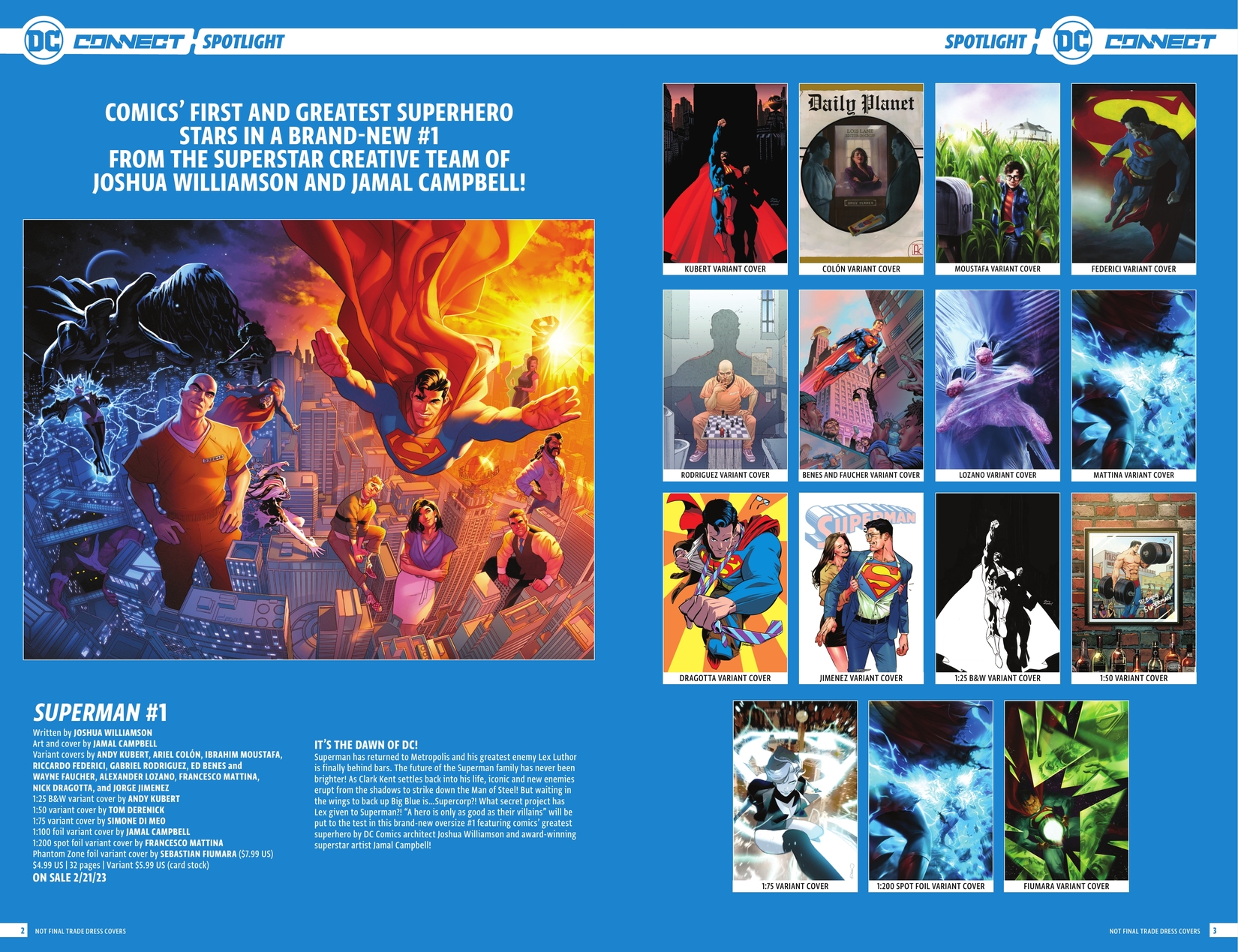 It’s the Dawn of DC! Comics’ first and greatest superhero stars in a brand-new series: Superman #1 from the superstar creative team of Joshua Williamson and Jamal Campbell, with Clark Kent back in Metropolis—but what does Lex Luthor have planned? Lazarus Planet concludes, transforming the DC Universe in the process—in Lazarus Planet: Next Evolution #1, new heroes debut! But where there are heroes, there are villains, and new threats rise in Lazarus Planet: Dark Fate #1. Milestone’s most electrifying hero returns in Static: Shadows of Dakota, as two titans clash in Icon vs. Hardware! Plus, the cast of the upcoming film pen all-new stories in Shazam! Fury of the Gods Special: Shazamily Matters #1!