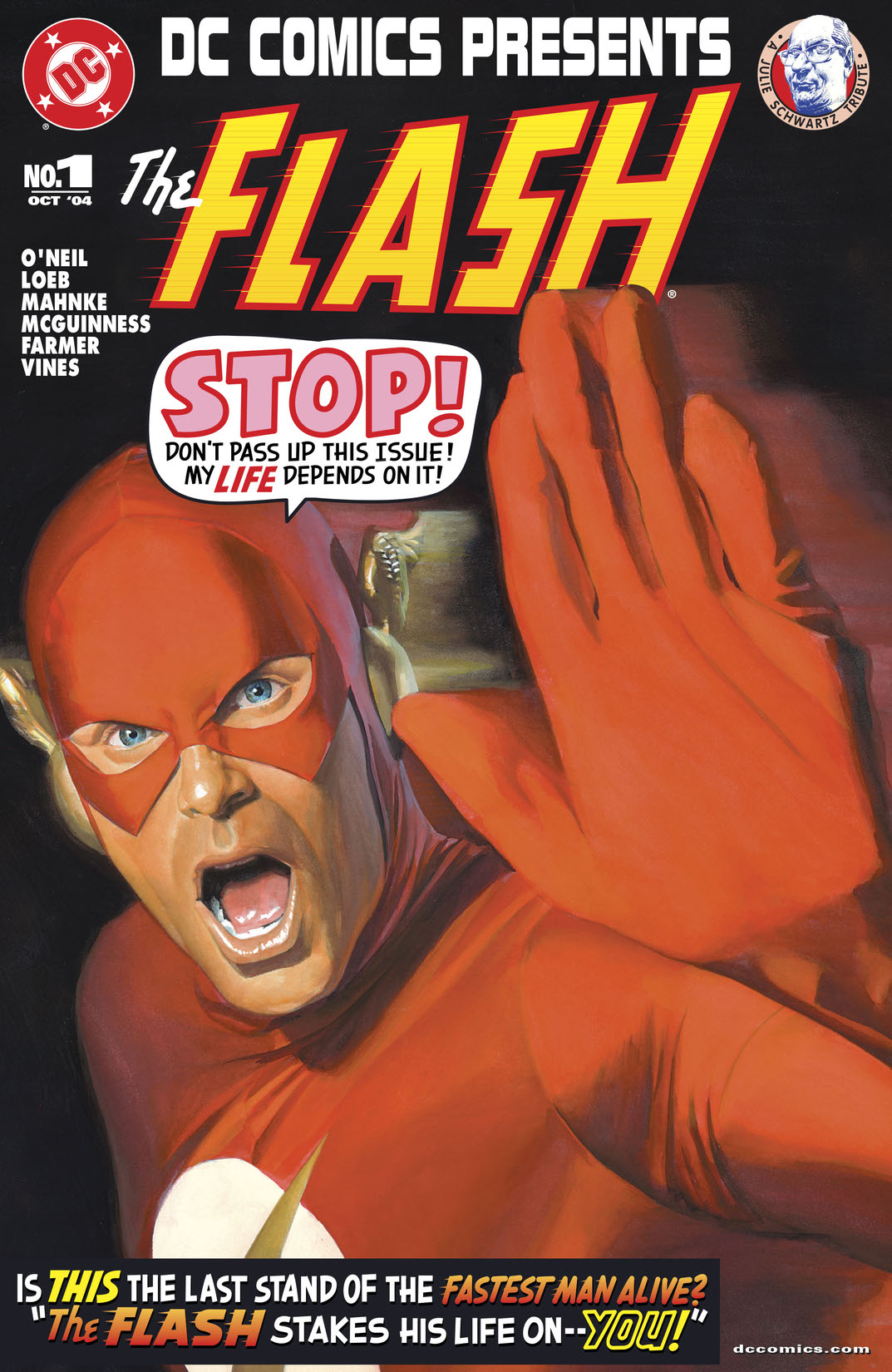 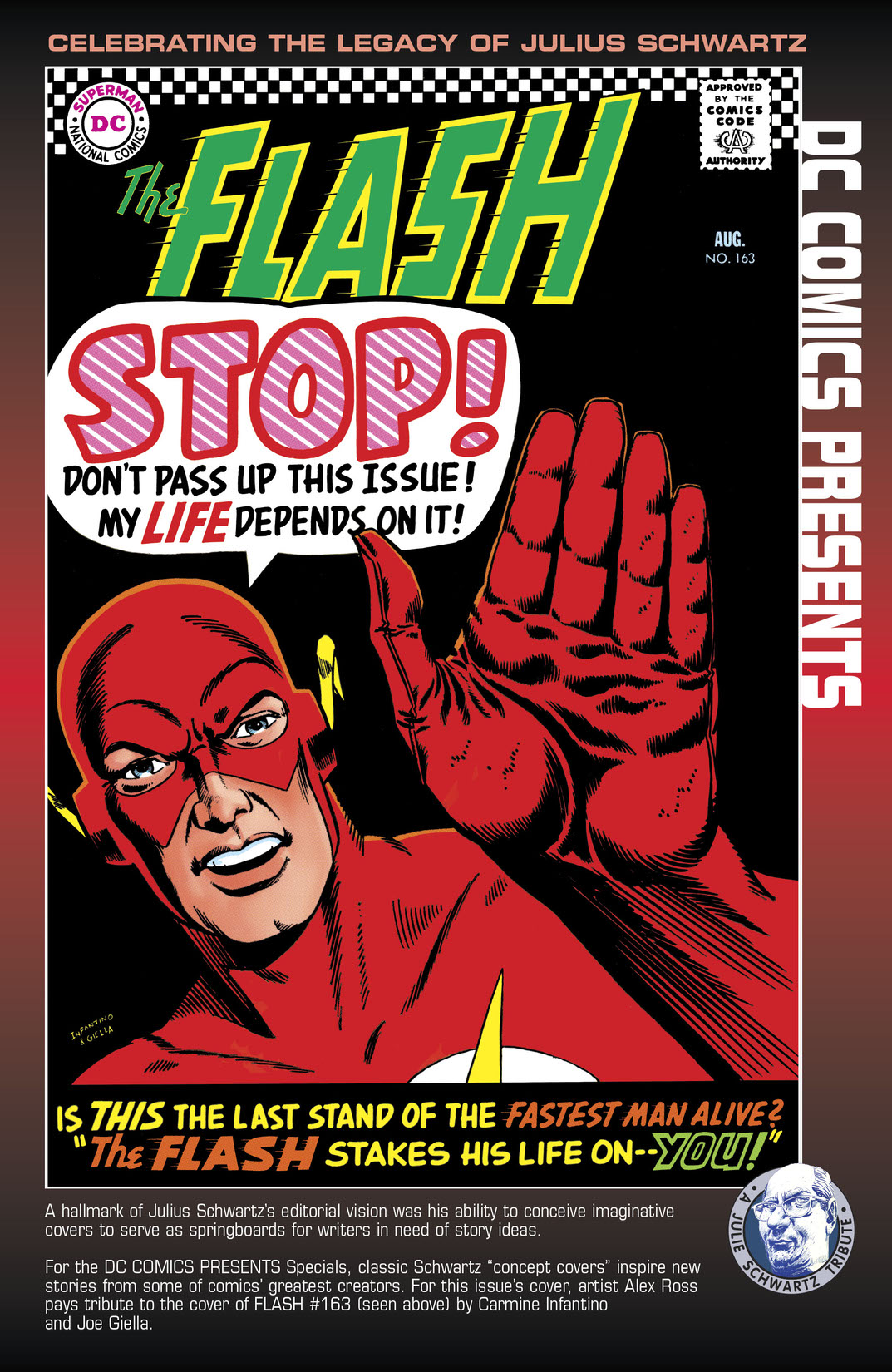 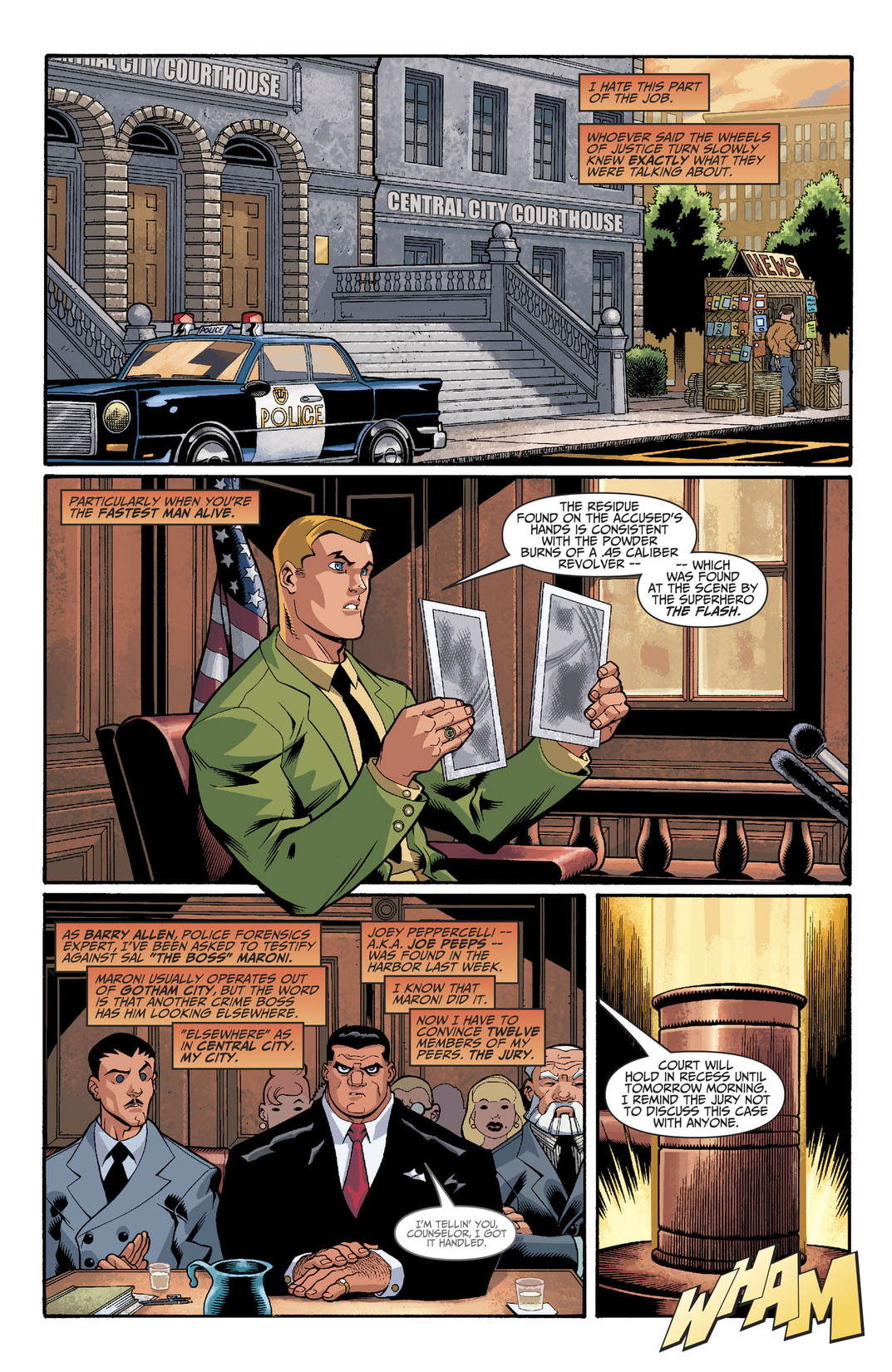 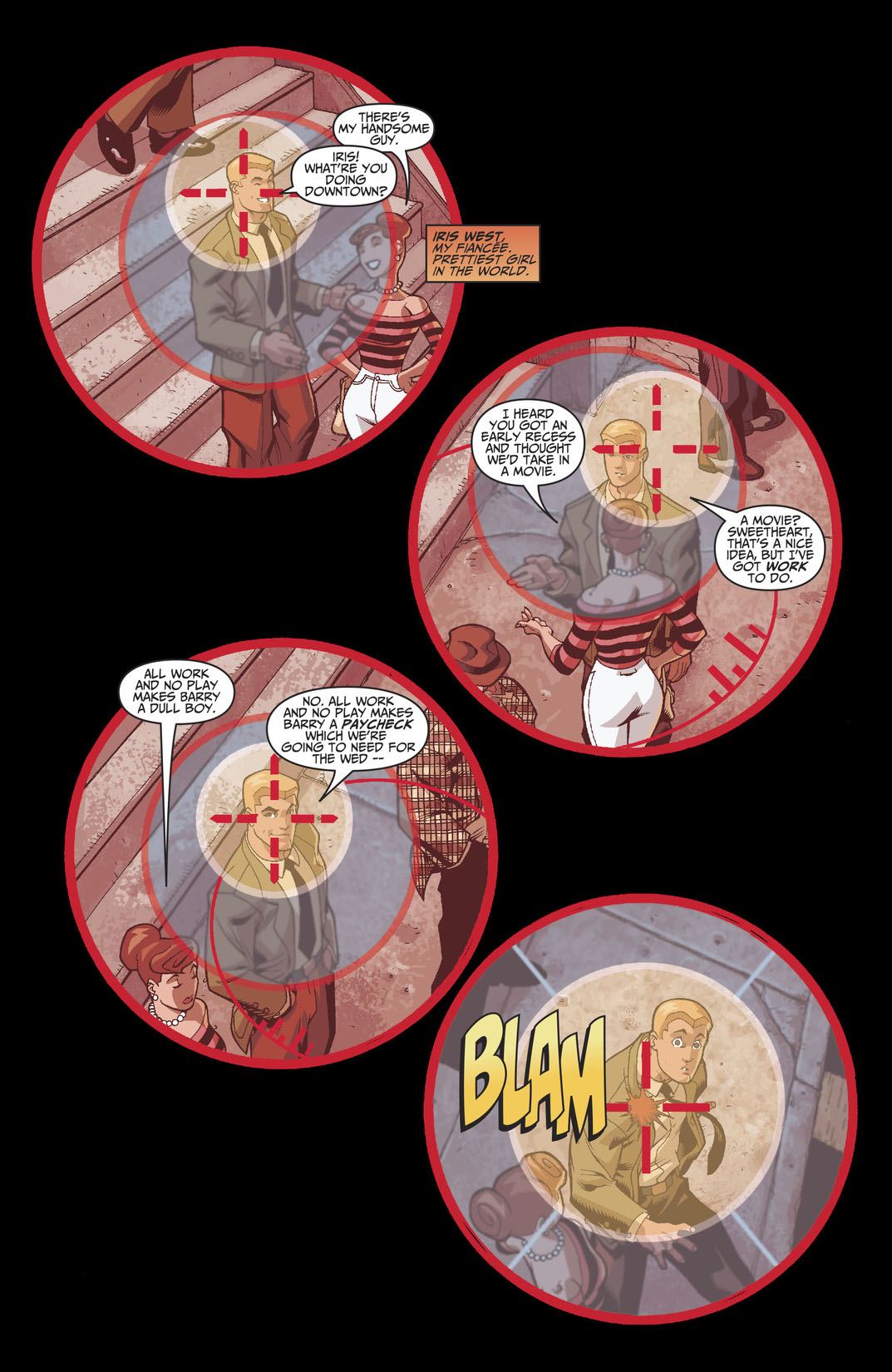 The cover of THE FLASH (original series) #163 inspires two remarkable stories, in which the Scarlet Speedster begs readers to pick up the issue because his "life depends on it!" Taking up the challenge are the teams of Dennis O'Neil and Doug Mahnke and the SUPERMAN/BATMAN team of Loeb, McGuinness and Vines!