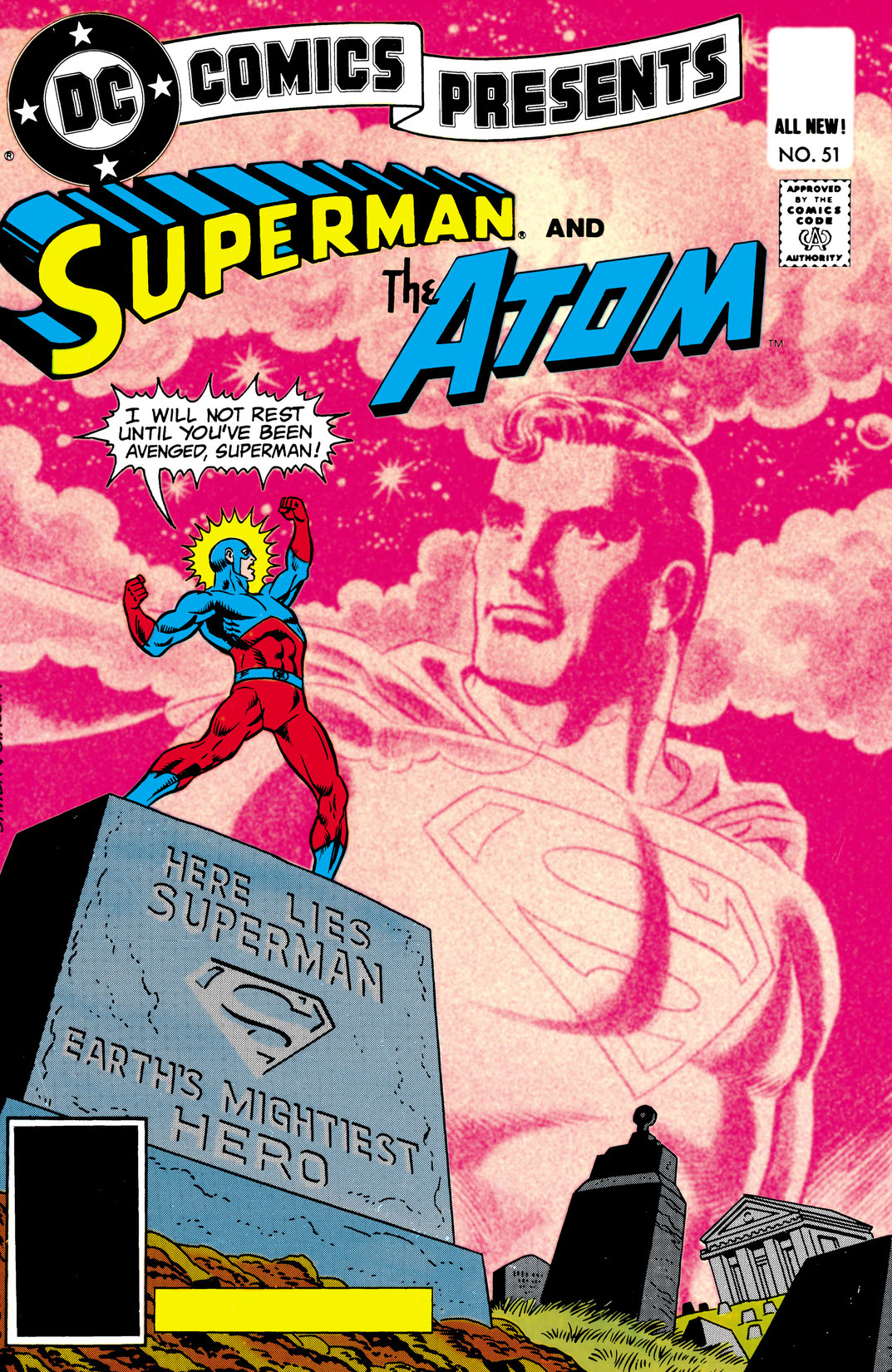 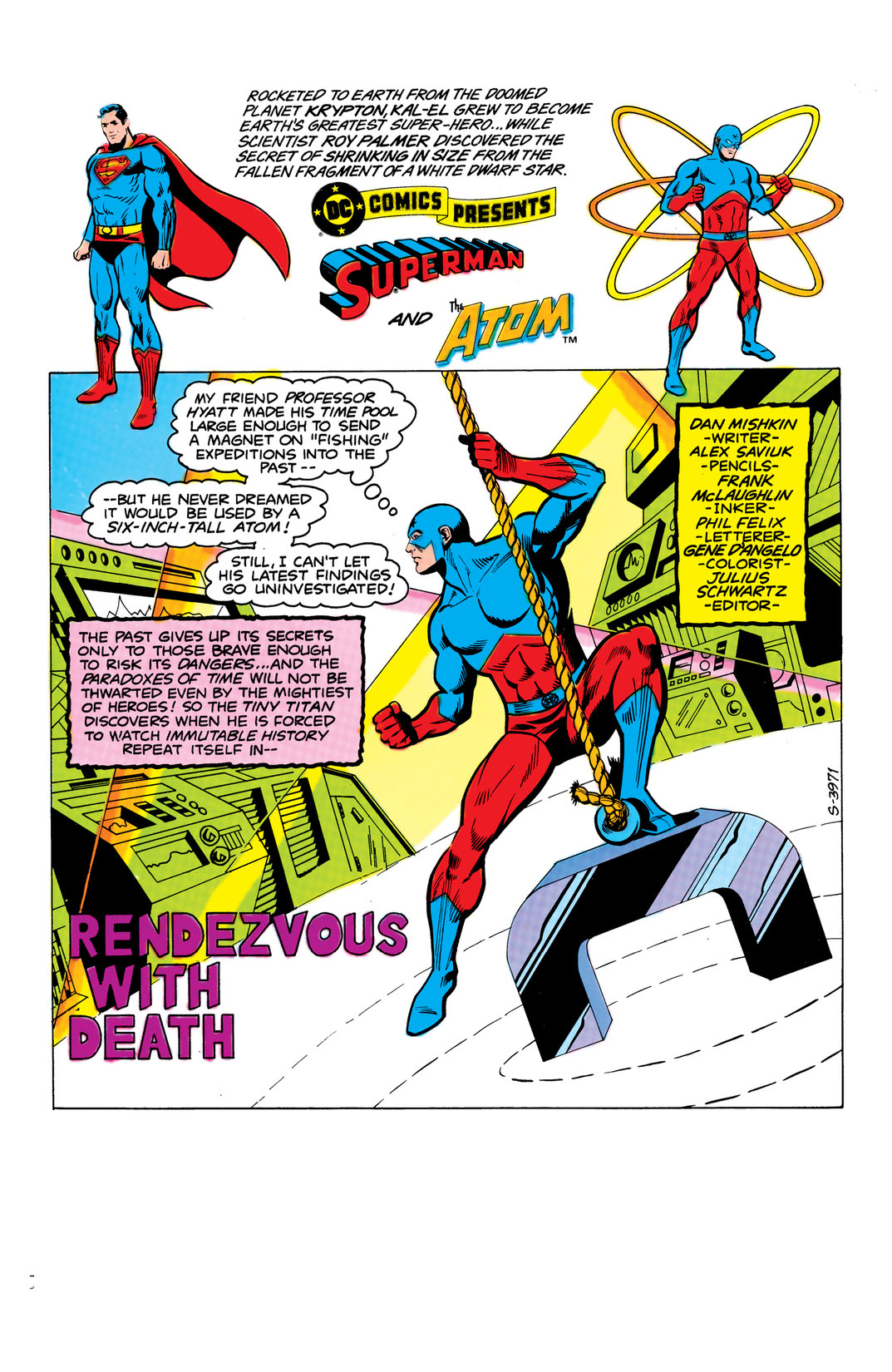 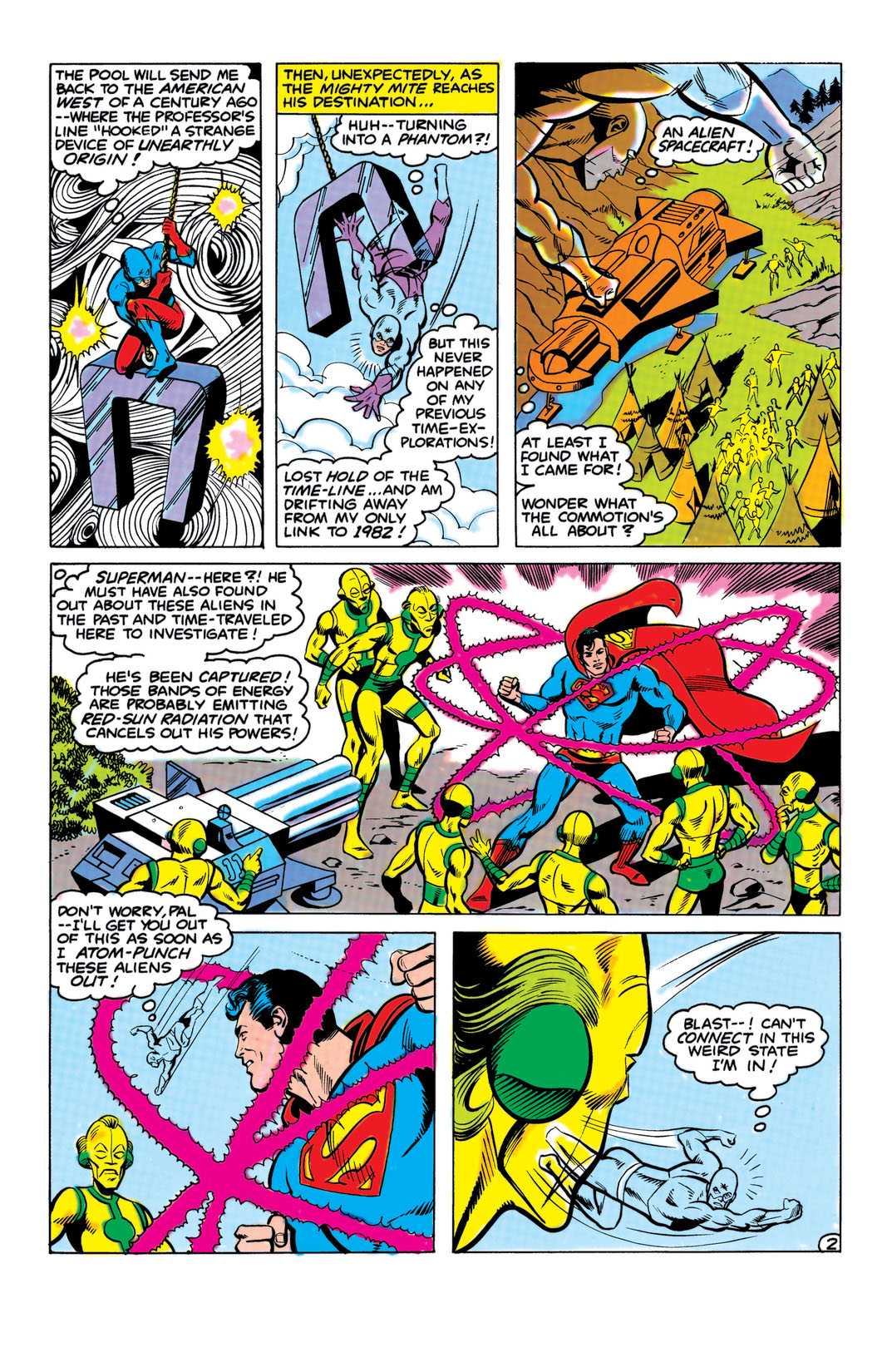 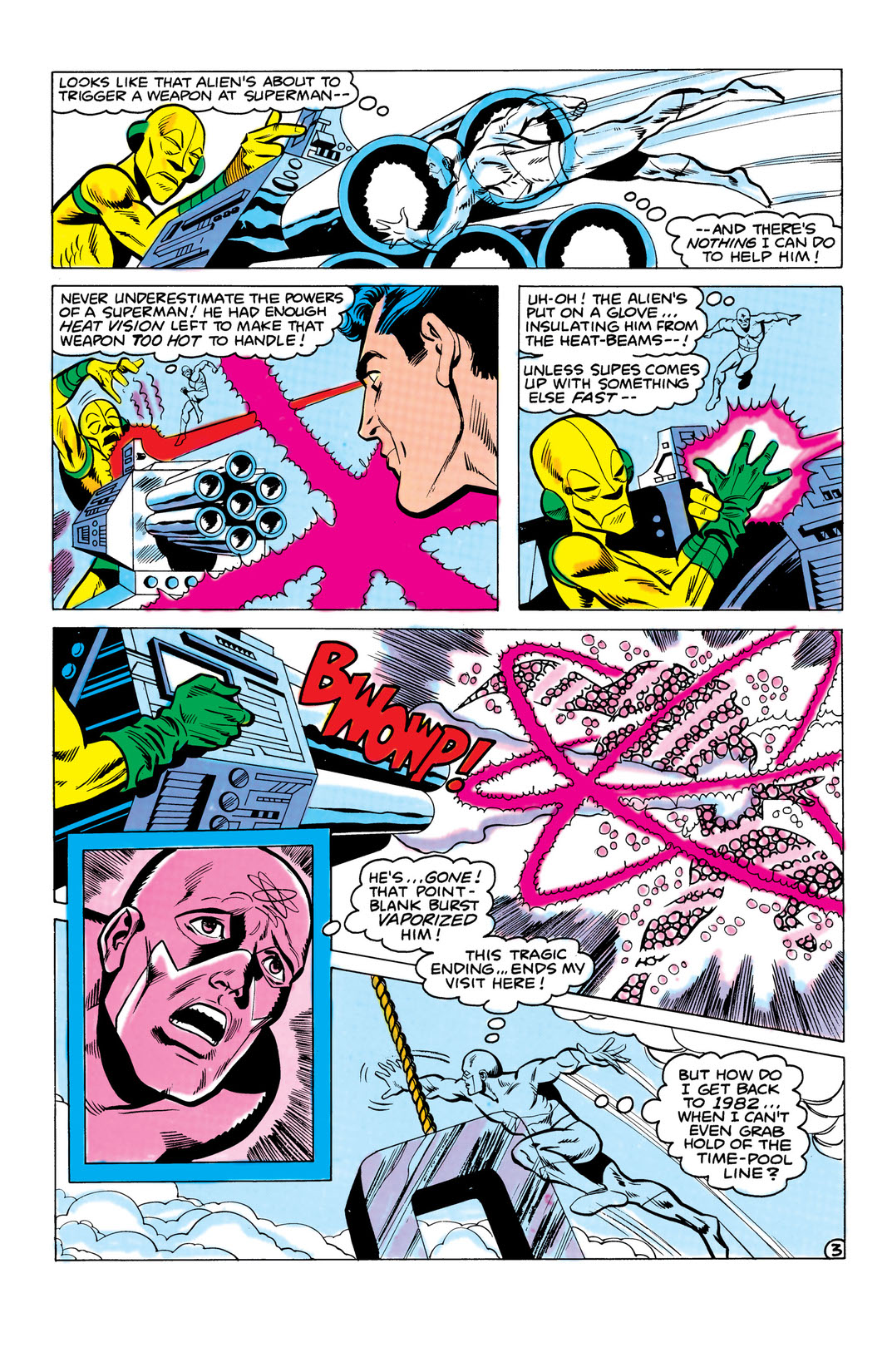 While in a time pool, the Atom witnesses Superman's death and, once he gets back to the present time, tries to prevent it from occurring, in "Rendezvous with Death." Script by Dan Mishkin and art by Alex Saviuk and Frank McLaughlin.