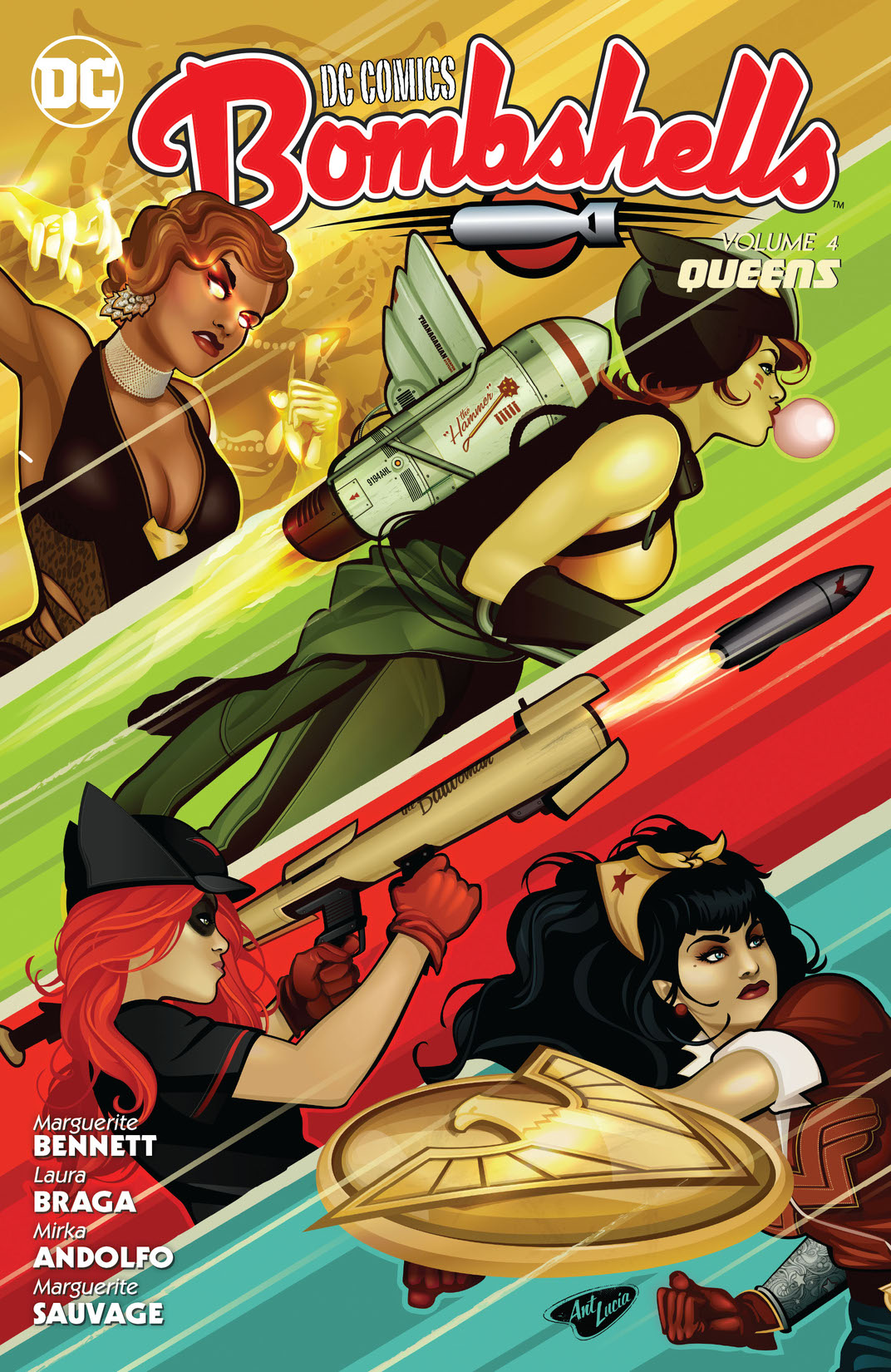 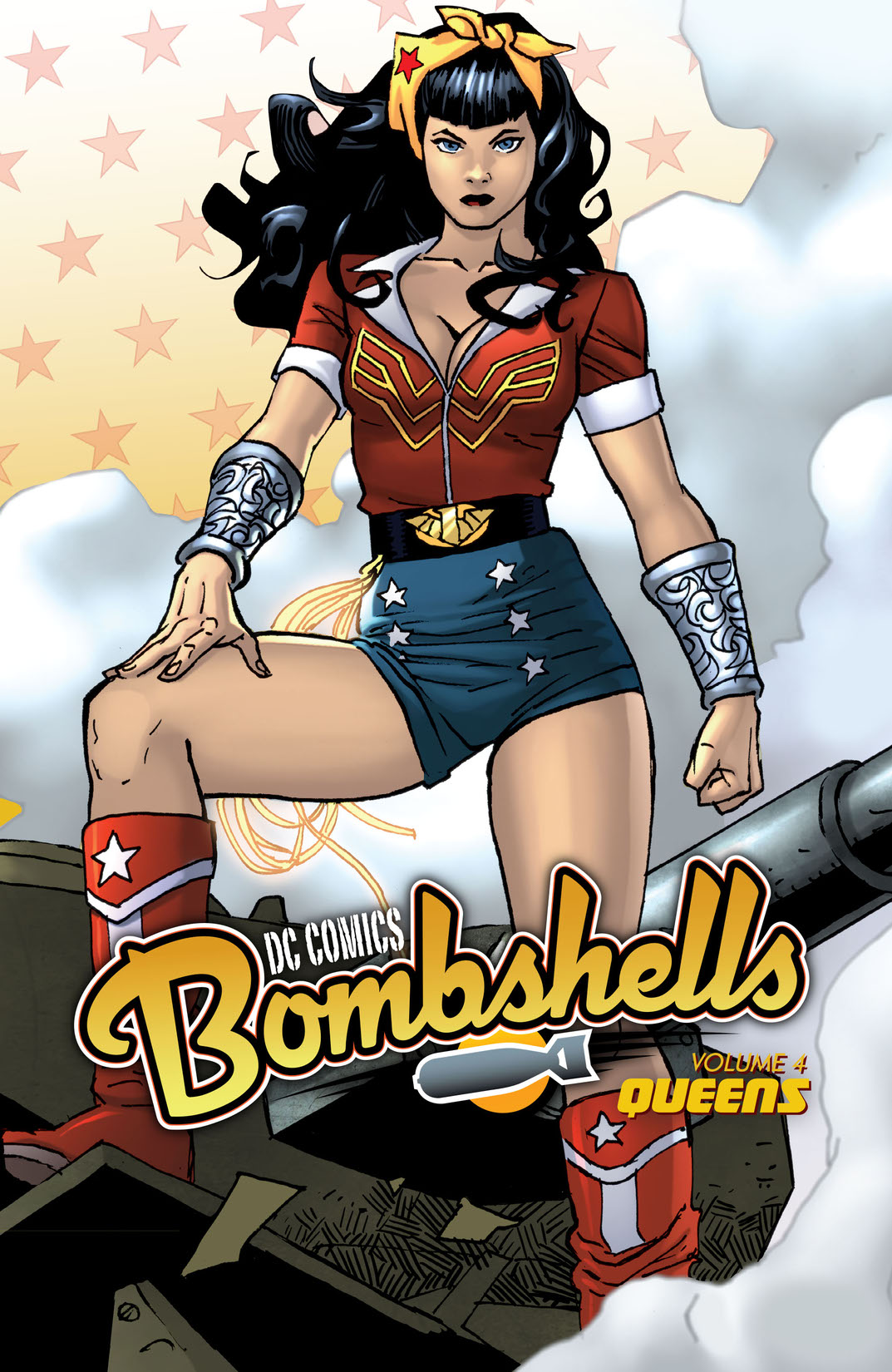 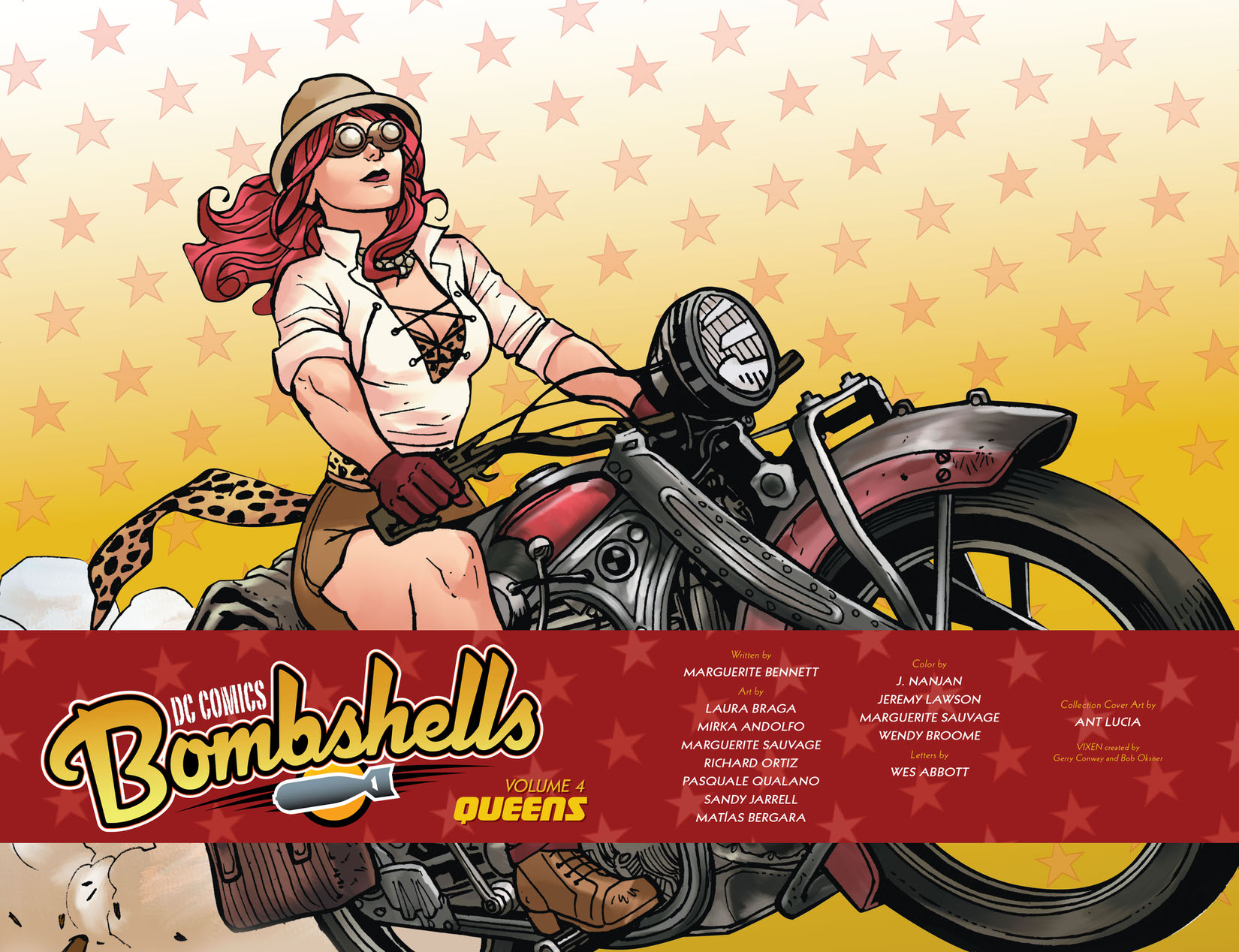 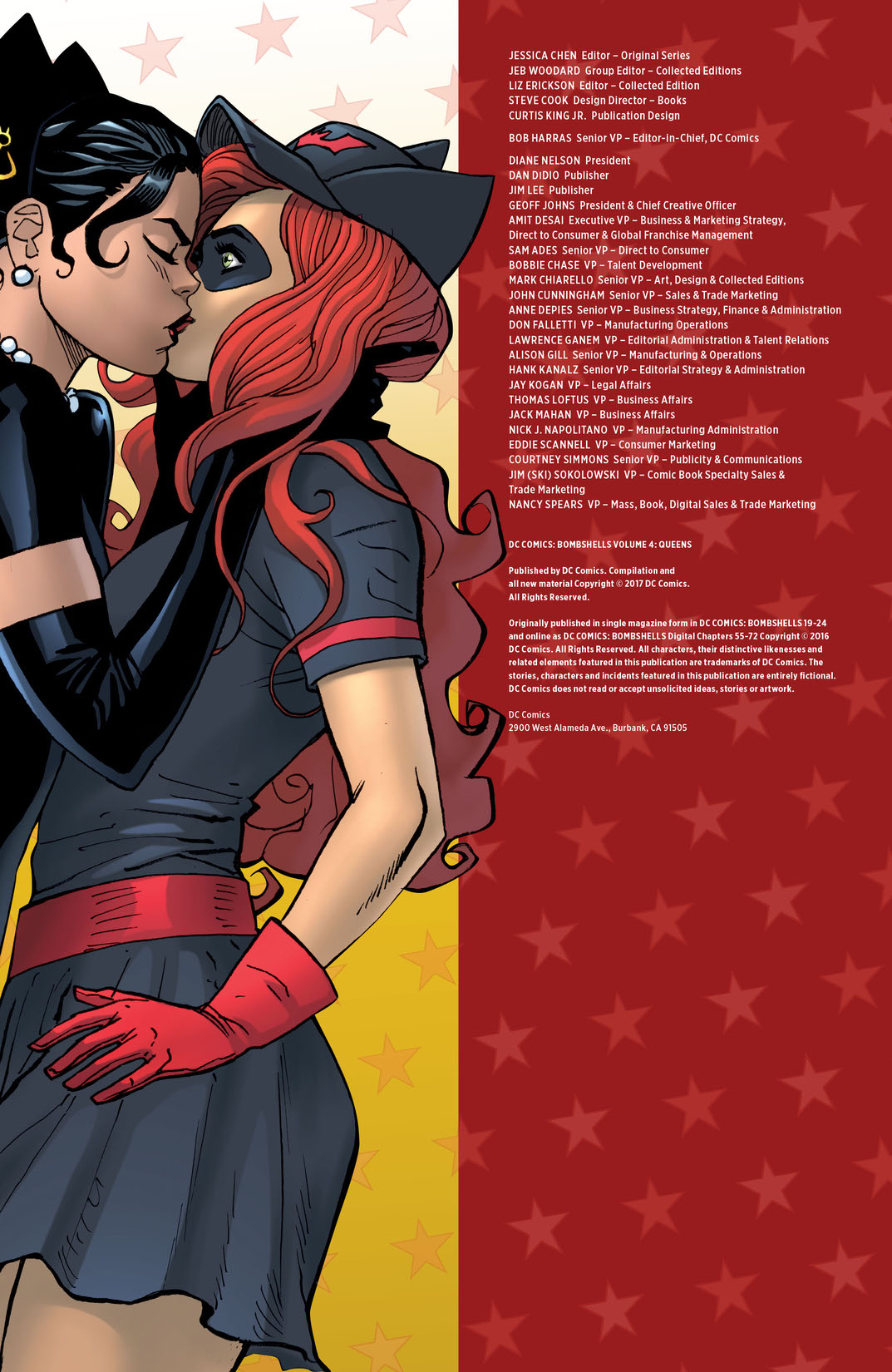 The explosive creative team of writer Marguerite Bennett (BATWOMAN) and artists including Laura Braga (Witchblade), Mirka Andolfo (Ms. Marvel) and Marguerite Sauvage (Faith) bring an all-new chapter in the acclaimed alternate-history saga inspired by the hit DC Collectibles in DC COMICS: BOMBSHELLS VOL. 4: QUEENS. Technology and terror form an unholy alliance in a world at war, and only the heroines known as the Bombshells can shut it down! As World War II rages around them, Batwoman, Catwoman and Renee Montoya take a journey to Africa to get help from an old ally: Vixen, Queen of Zambesi and co-founder of the Bombshells. But they’re not alone. The lethal Cheetah has her claws out, and she’s digging them directly into a forbidden site: the dwelling place of the mechanical gods, whose incredible powers could spell triumph for the Reich and the destruction of all that the Bombshells hold dear. Now Vixen, her fellow Bombshells founder Hawkgirl and the rest of the squadron must face their biggest threat yet! Can this brilliant but beleaguered African queen count on the support of a fellow royal-Wonder Woman-to turn the tide? Find out in DC COMICS: BOMBSHELLS VOL. 4: QUEENS. This volume contains the debuts of Vixen and Hawkgirl-and the secret origin of the Bombshells! Collecting issues #19-24.