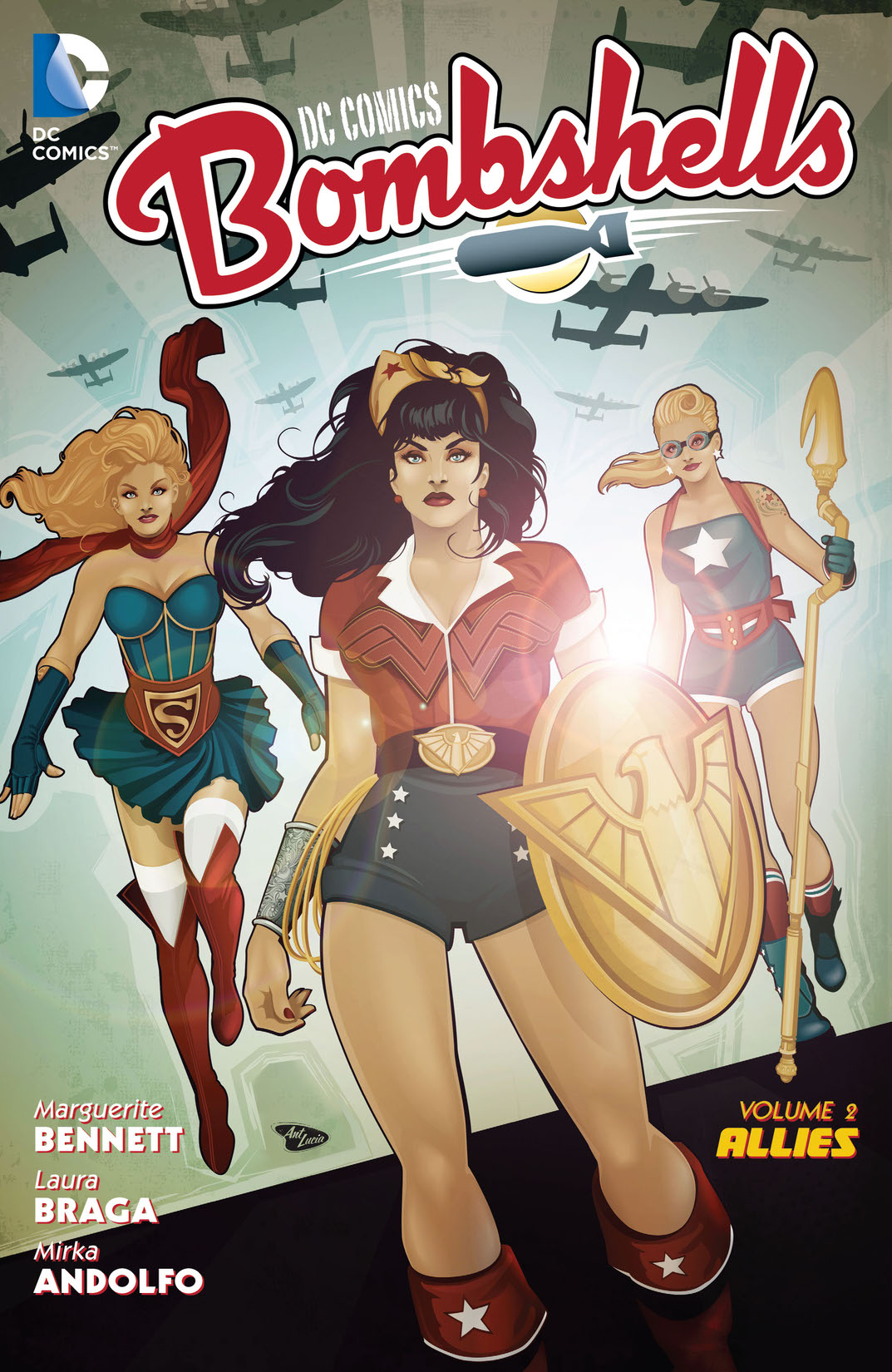 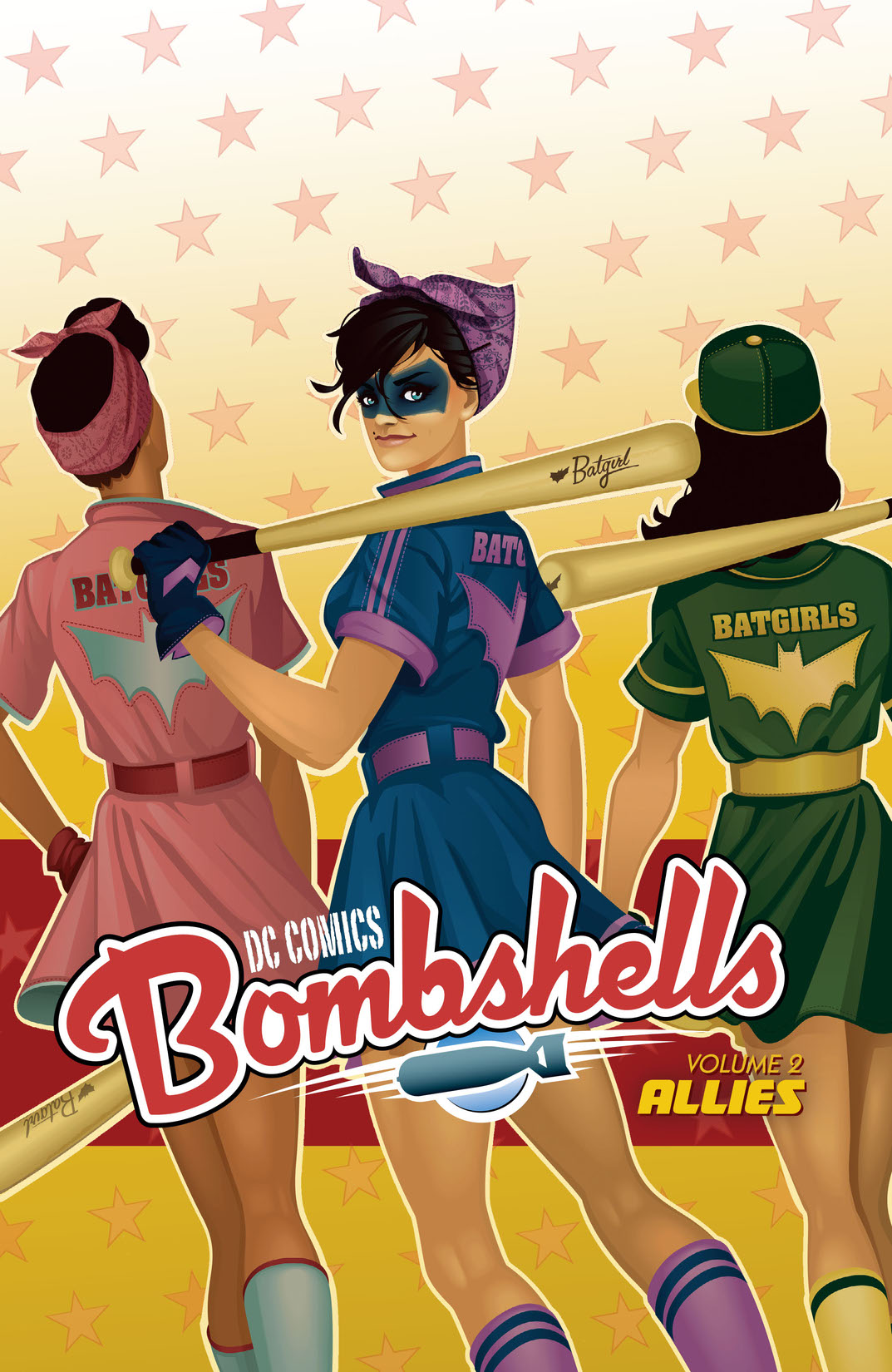 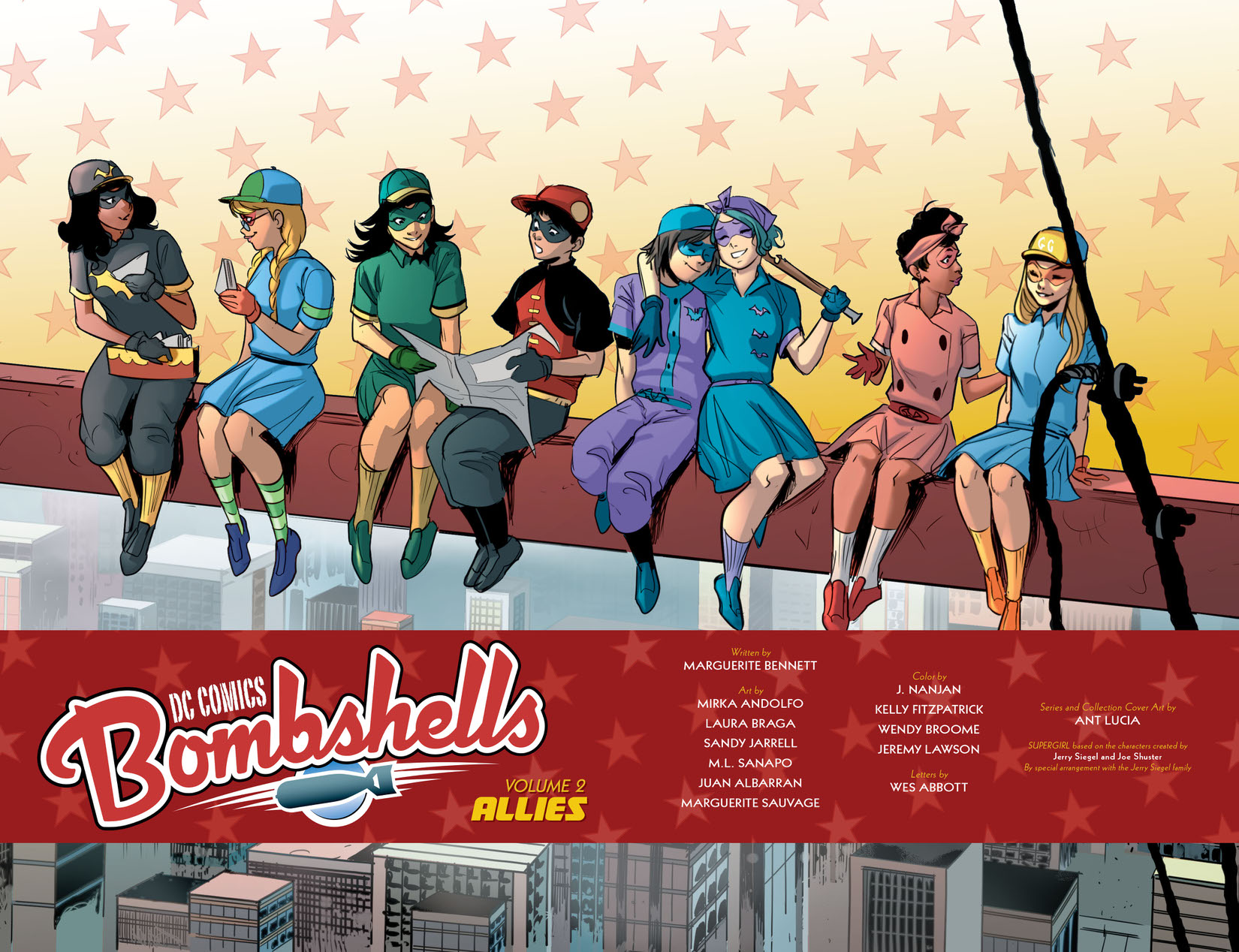 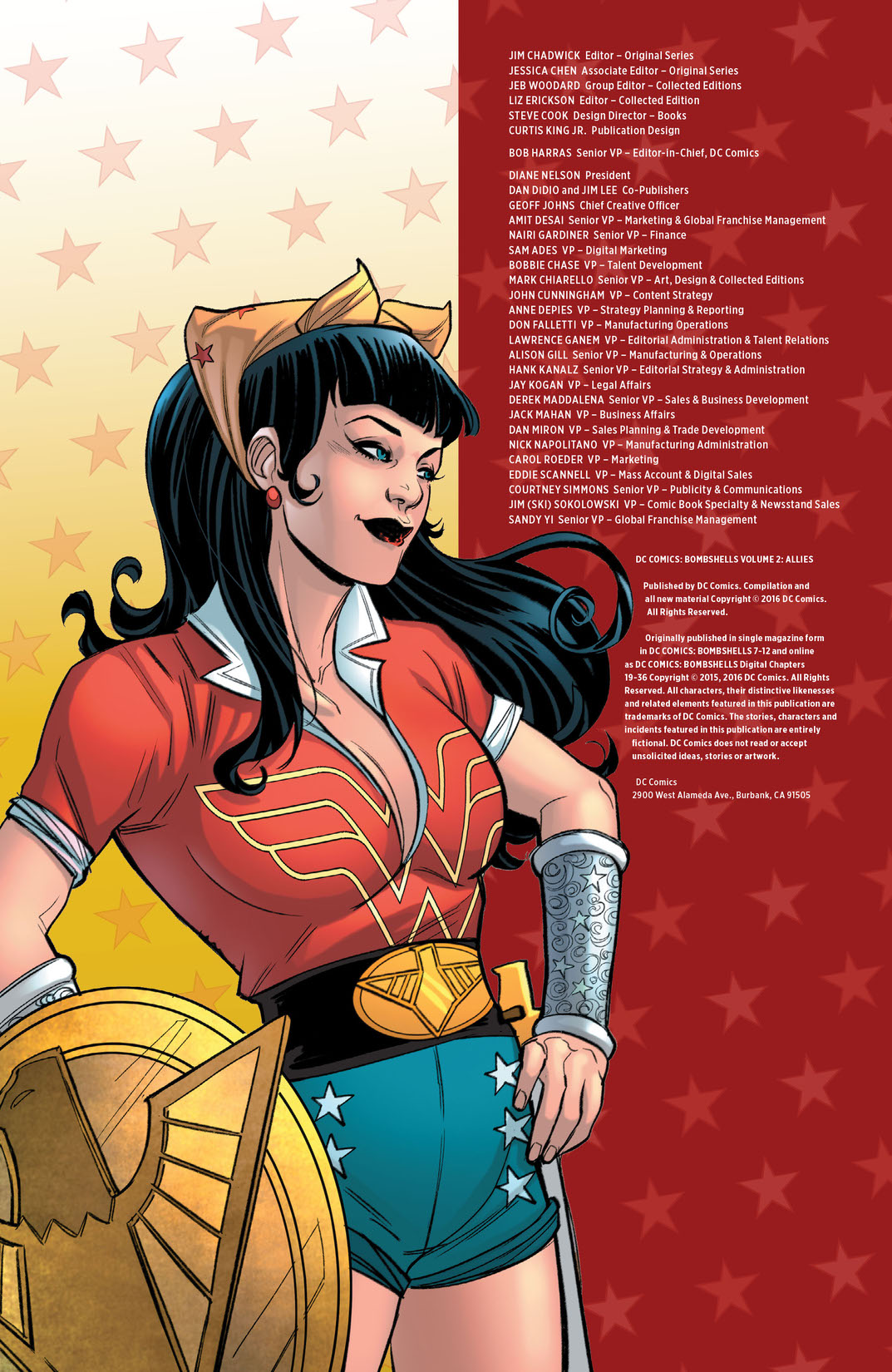 ATTACK ON ALL FRONTS! The shadow of WWII looms ever larger as the Bombshells battle the Axis Powers across the globe. In Gotham City, a quartet of copycat BATGIRLS are doing their part to protect the home front. In Greece, WONDER WOMAN faces a battalion of the undead, led by the villainous Baroness Paula von Gunther. In London, STARGIRL and SUPERGIRL learn a shocking-and dangerous-family secret, while MERA encounters a monstrous threat from the sea that not even she can control. And in Berlin, ZATANNA attempts to thwart the evil magic that’s been released into the world, while the CATWOMAN and HUNTRESS rescue a captured BATWOMAN from the clutches of the Third Reich. But the paths of these superheroines will converge as they face their greatest challenge yet. To defeat the undead tenebrae soldiers overtaking London, they’ll have to form a Justice League of their own! Inspired by the popular DC Collectibles line, DC COMICS: BOMBSHELLS VOL. 2: ALLIES throws the world’s finest heroines into one of the greatest battles in history! Written by Marguerite Bennett (BATGIRL, EARTH 2: WORLD’S END) and featuring artists including Laura Braga (WITCHBLADE), Mirka Andolfo (CHAOS) and more, this volume collects issues #7-12.