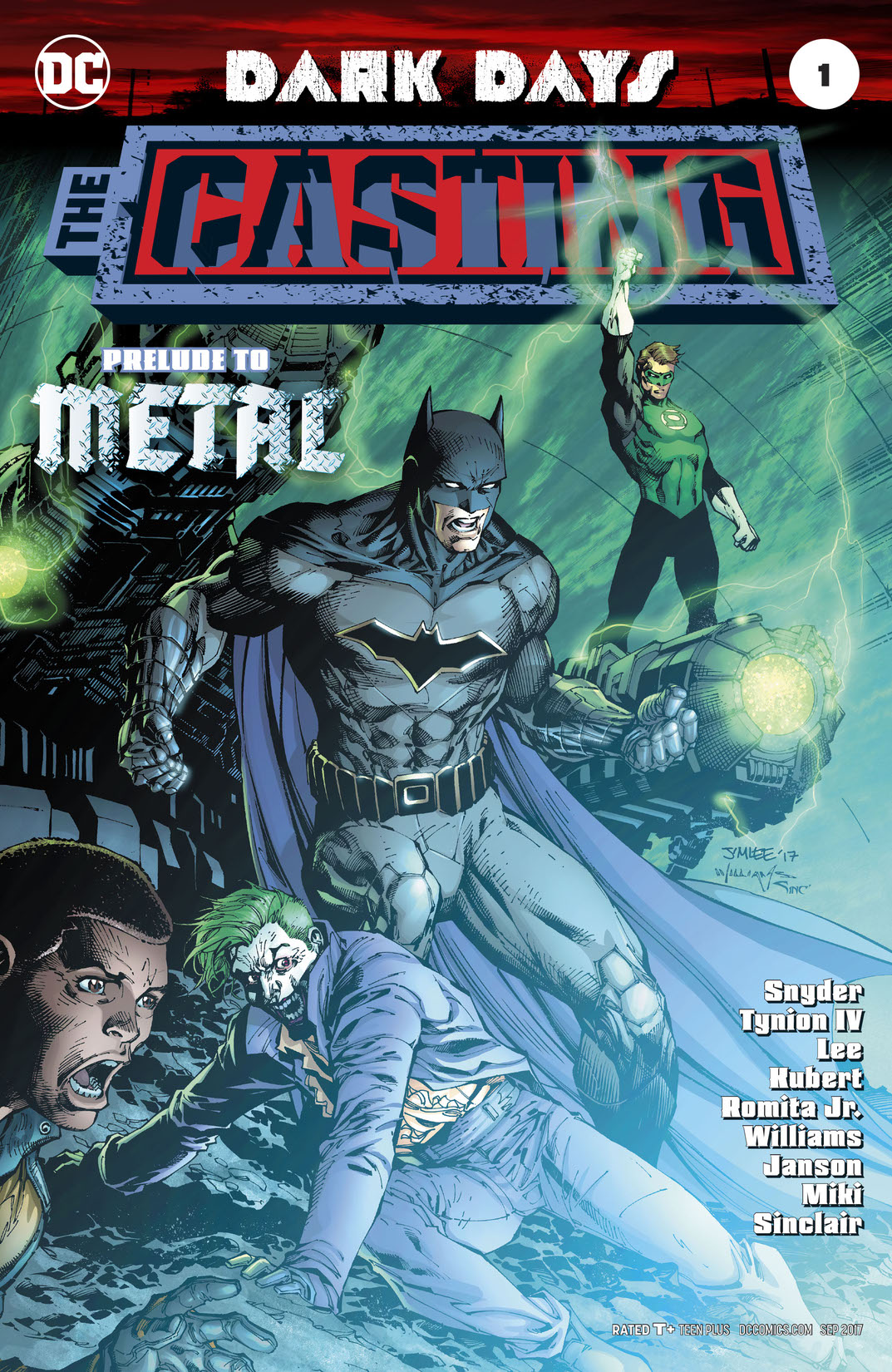 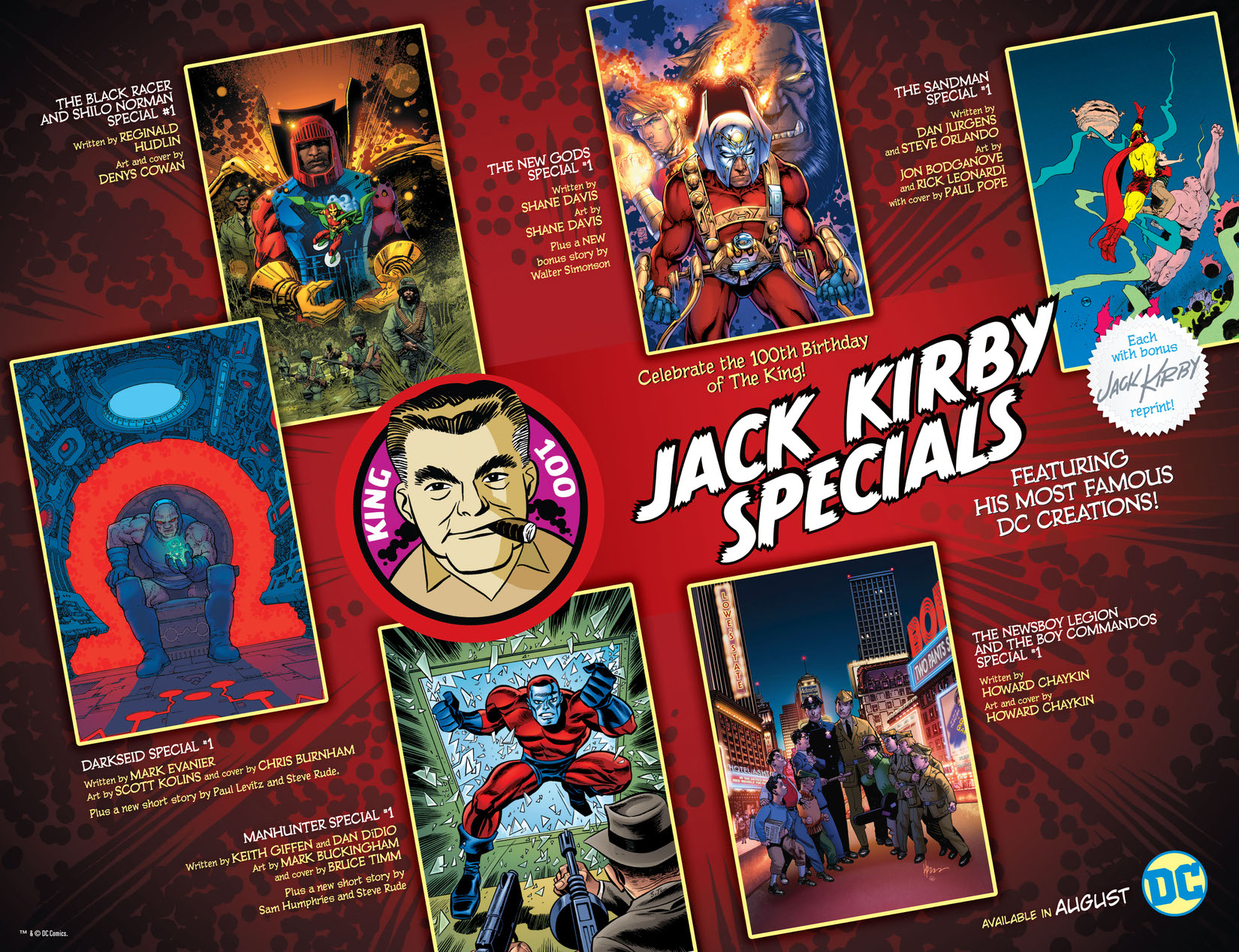 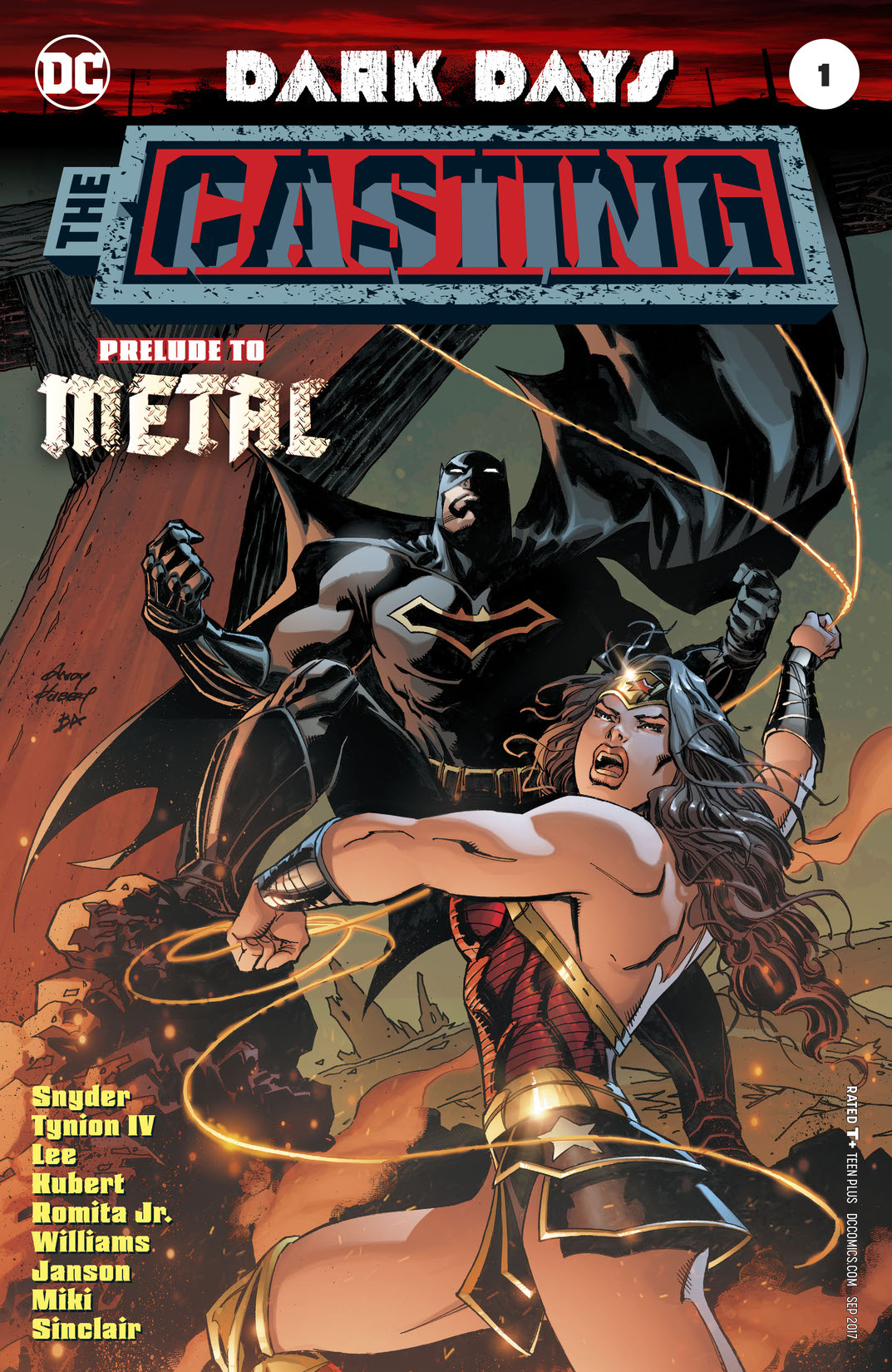 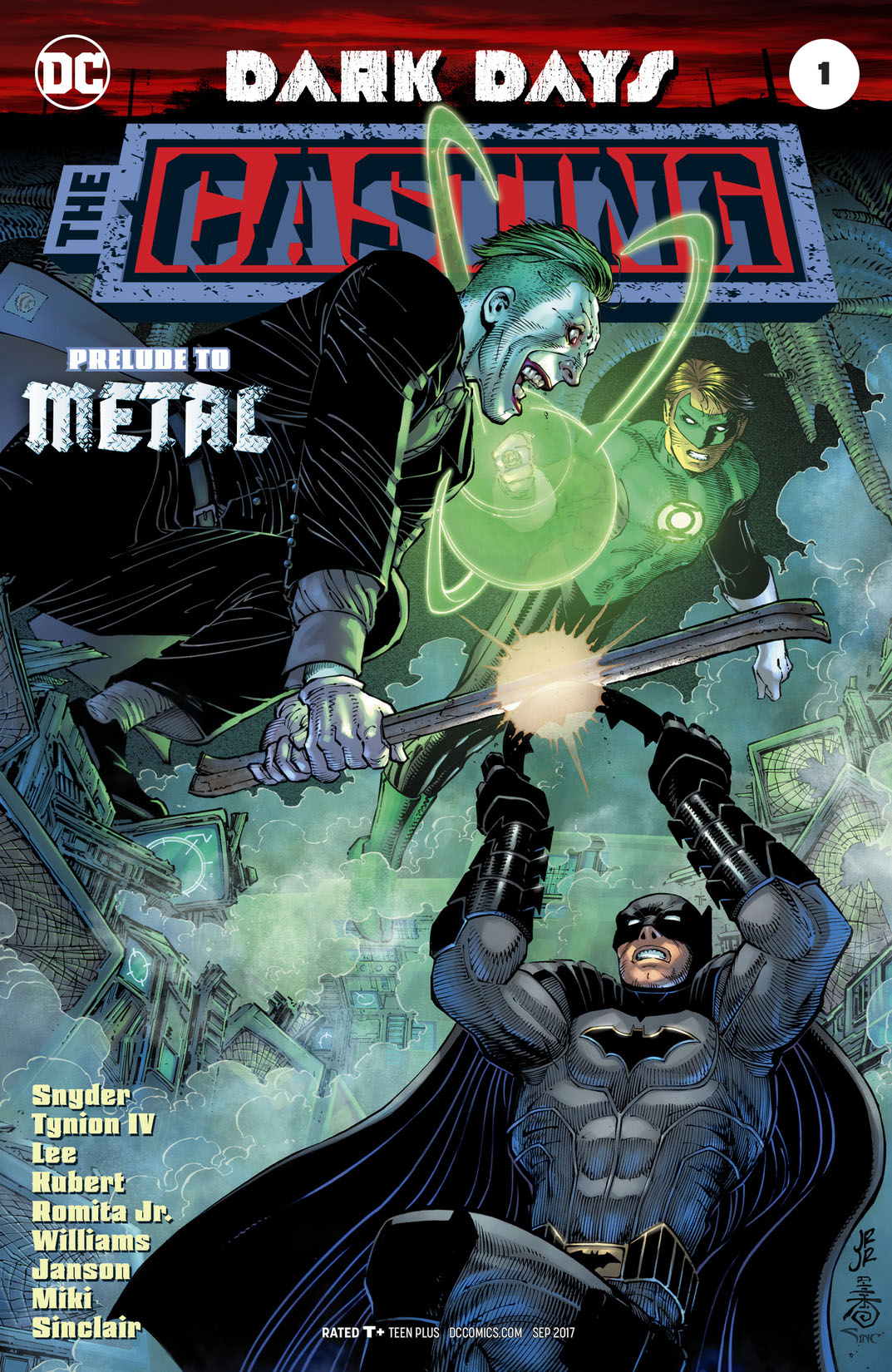 DARK DAYS: THE FORGE #1 and DARK DAYS: THE CASTING #1 are special preludes to DC's blockbuster summer event, DARK NIGHTS: METAL. The great comics event of summer 2017 is on its way, courtesy of superstar writers Scott Snyder and James Tynion IV with art by a master class of comics artists: Andy Kubert, Jim Lee and John Romita Jr.! The Joker's surprise attack threatens to lay waste to all of Batman's carefully laid plans. Will the Dark Knight be able to regain the trust of his closest allies, Green Lantern and Duke, and prevent the forces of darkness from consuming the DC Universe?! Will Hawkman's warning stop our heroes from peering into the abyss?