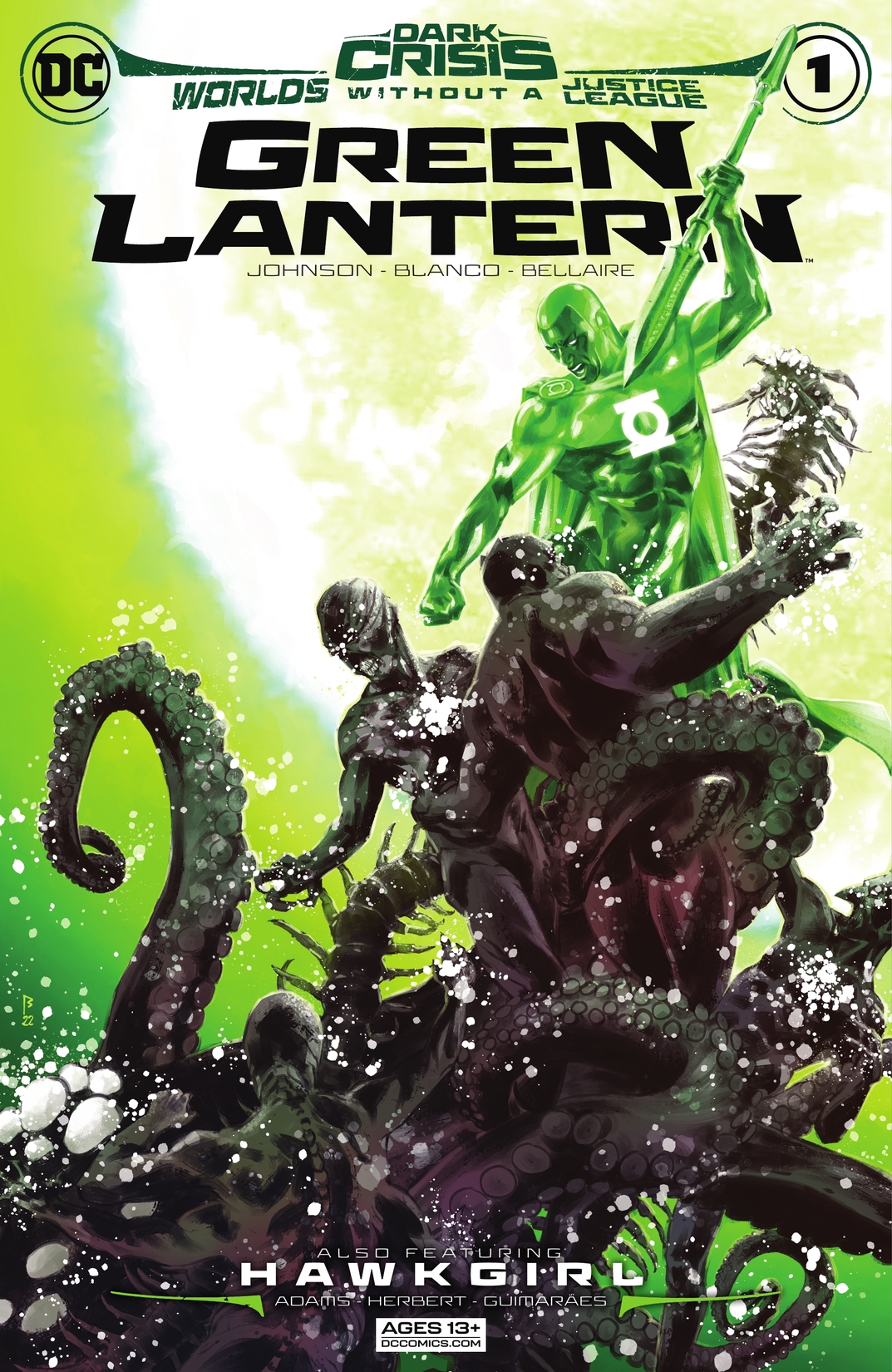 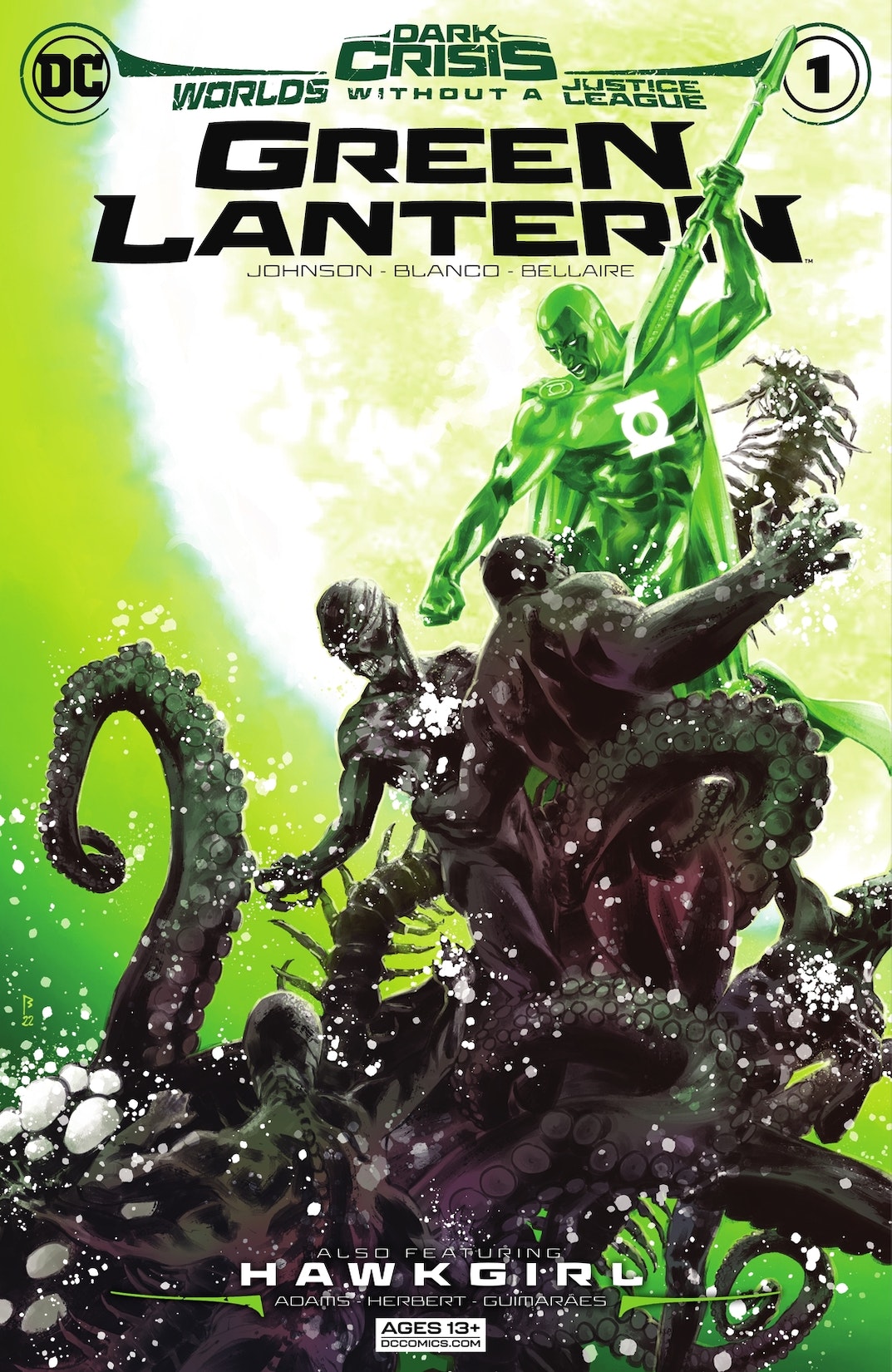 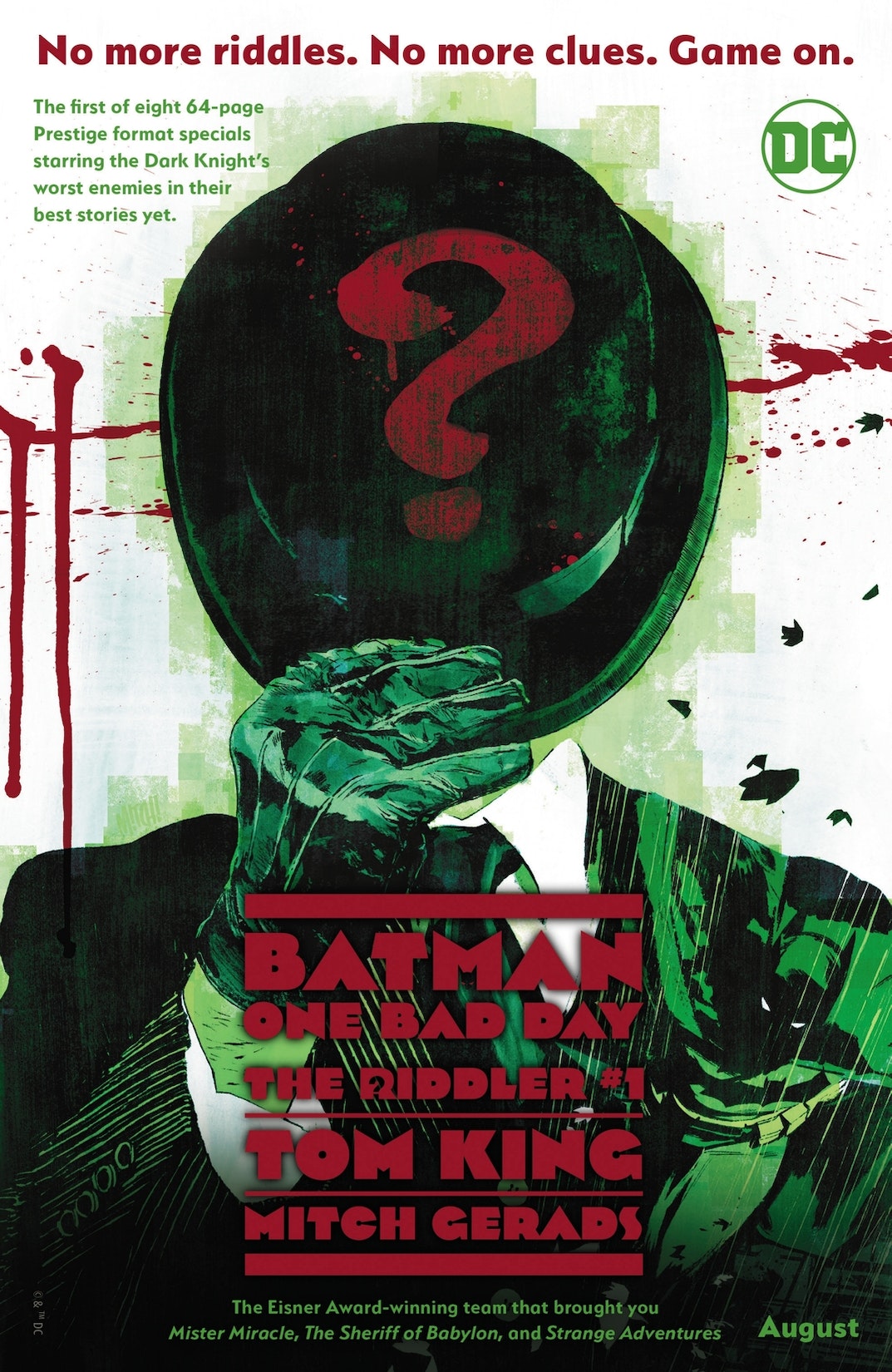 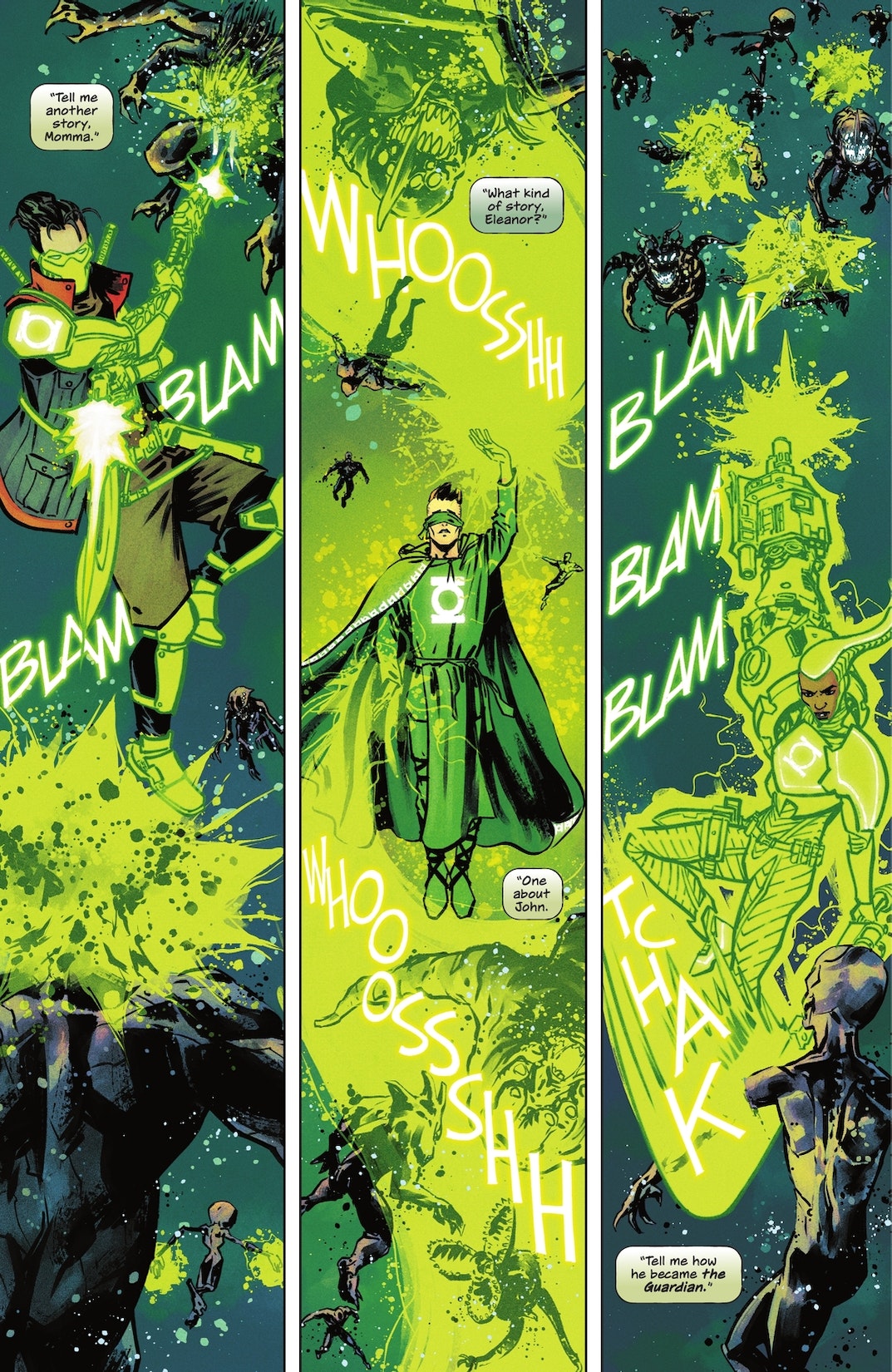 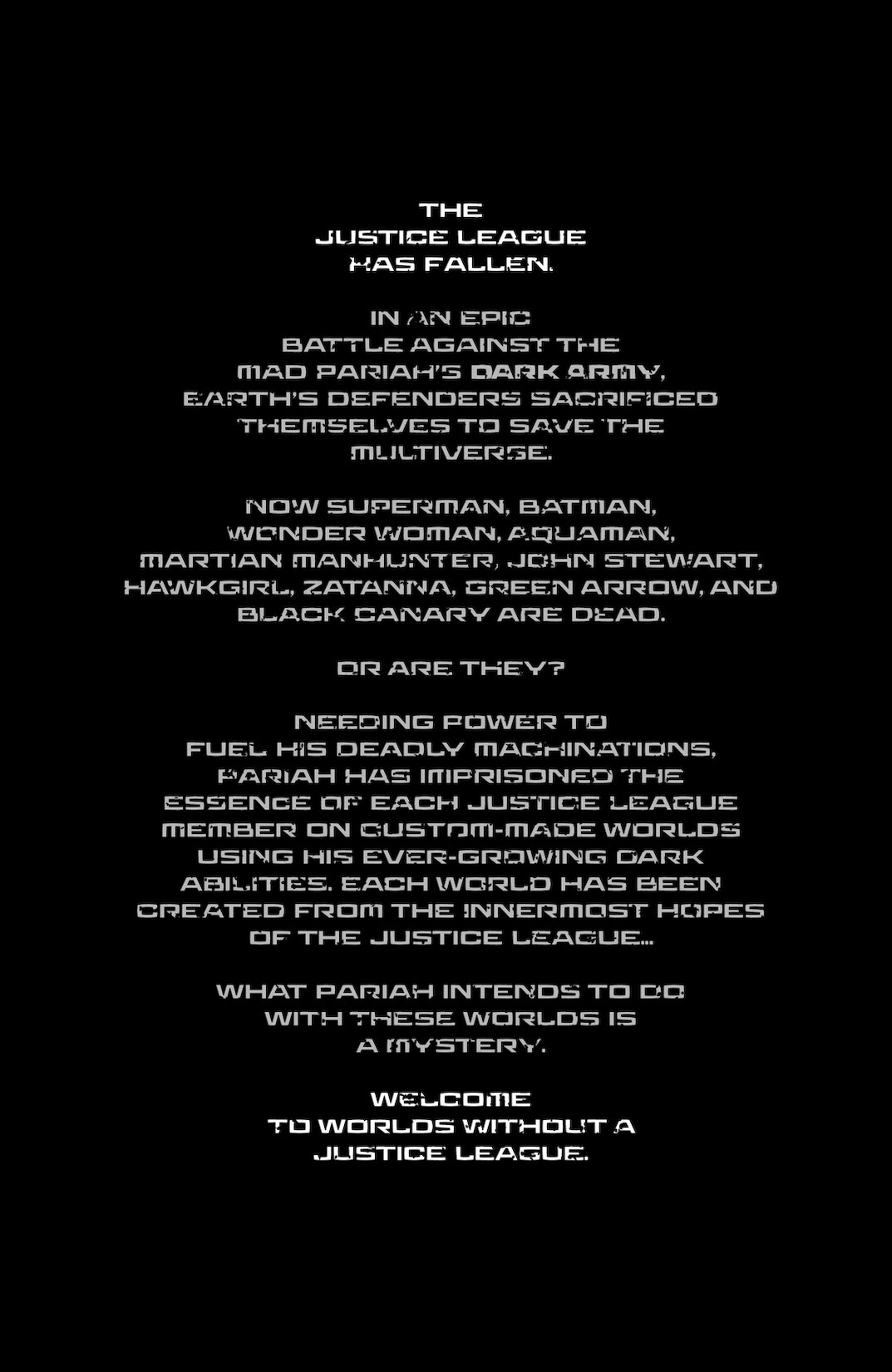 The Justice League is dead-long live the Justice League! When Pariah and his forces of the Great Darkness laid waste to the most powerful superheroes of all time, all hope was lost…until now. To power his weapons of war, Pariah has captured each member of the Justice League and trapped them on worlds suited to their every dream and desire…while the planets themselves slowly eat away at their respective inhabitants. John Stewart takes to the sky to defend his planet as the Emerald Knight of Justice alongside allies Red Hood and the blind prophet Kyle Raynor! Where there’s life there’s hope, and with that hope comes a deeper unraveling of the tapestry of DCU’s biggest event of 2022!