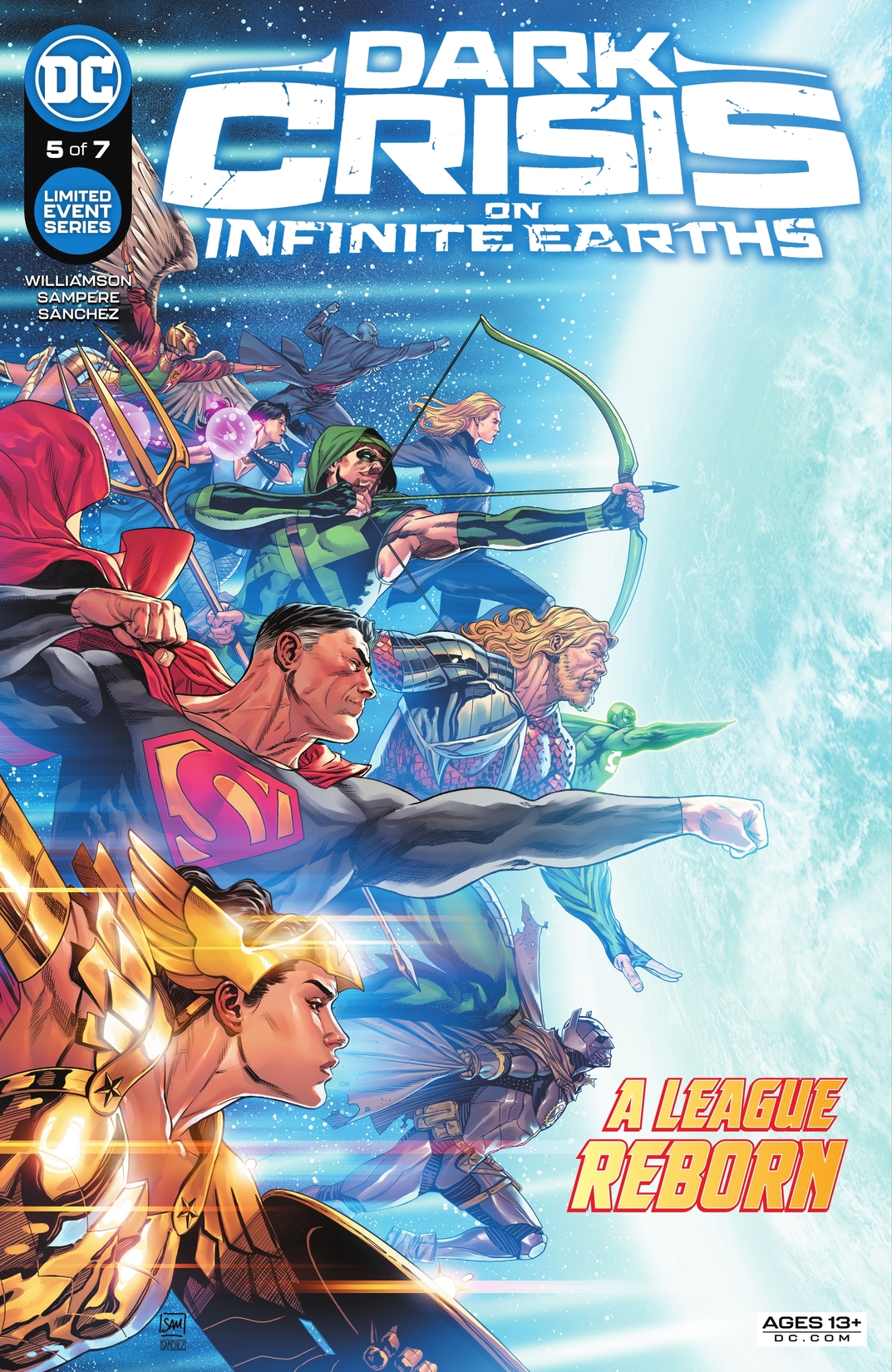 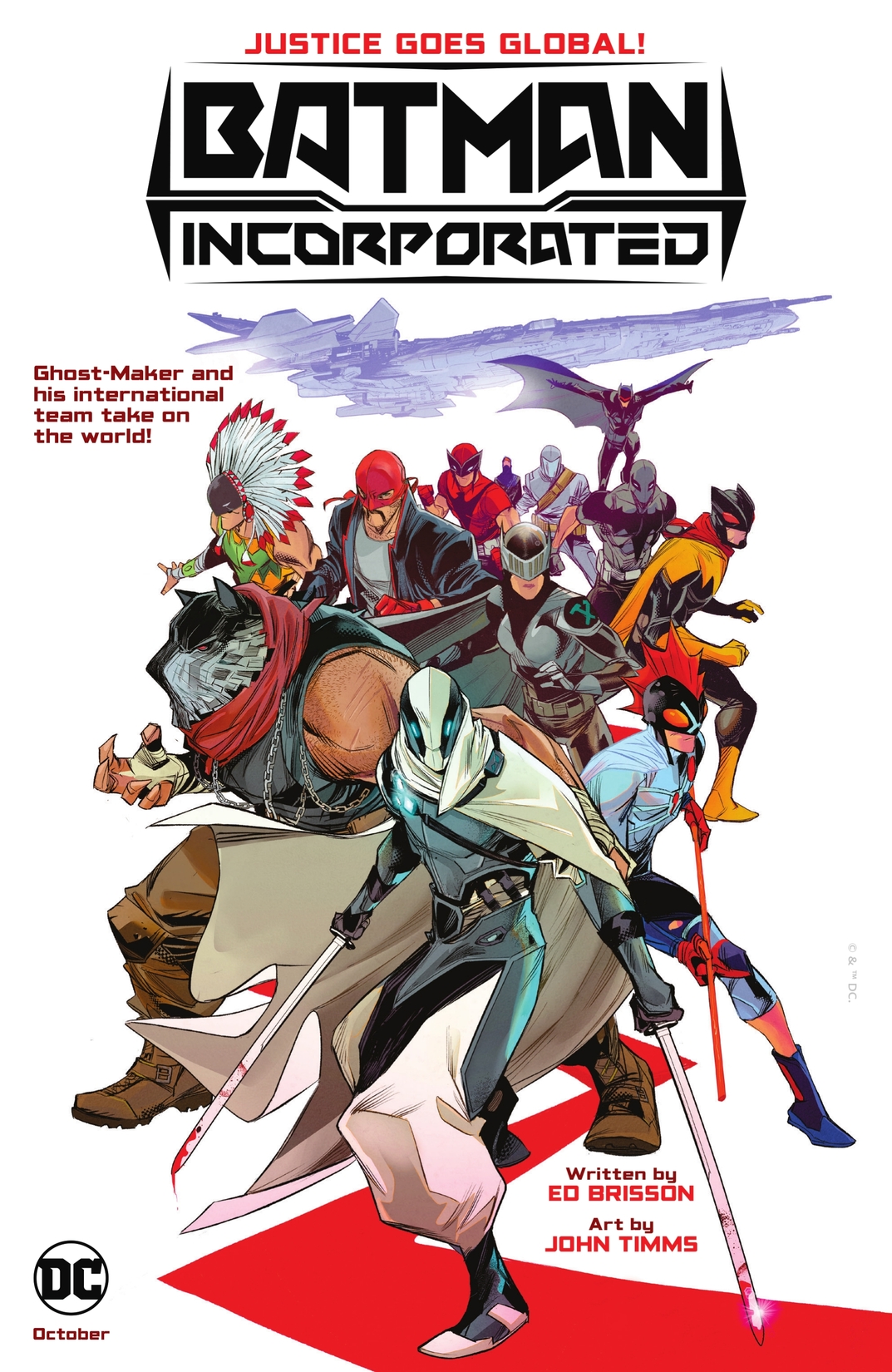 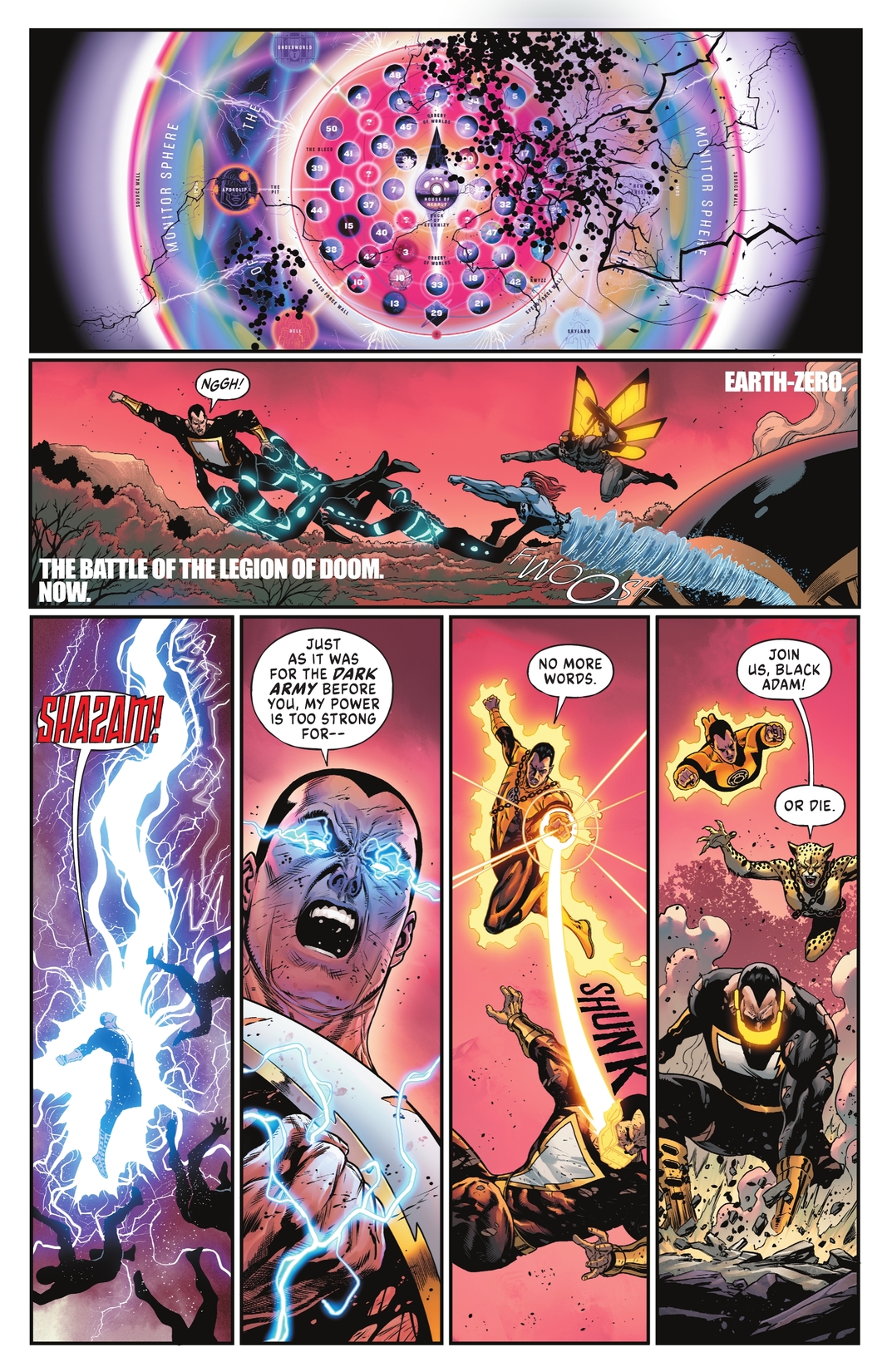 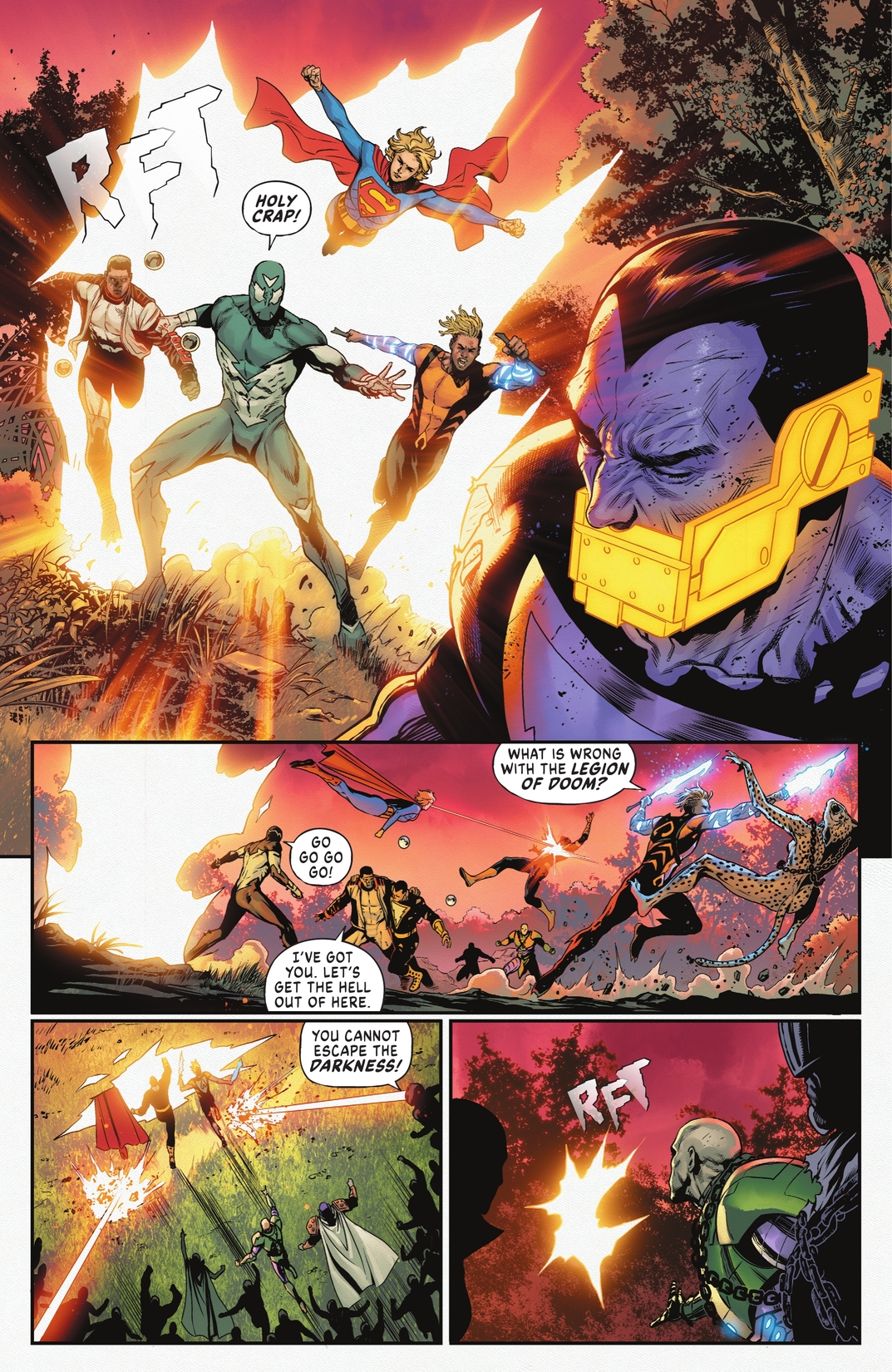 CRIMSON SKIES FALL ACROSS PLANET EARTH! After the shocking events of the last issue, Pariah has won. And now his Dark Army is poised for the invasion of our world. It’s up to the Titans to rally the remaining heroes to defeat Deathstroke’s ever-growing forces and avert total destruction! An epic war starts on the steps of the Hall of Justice, and only a miracle could help the heroes now. But all hope is not lost, as the worlds without a Justice League have begun to loosen their grip…but can they return to Earth if it means one member of the Justice League could be lost forever?