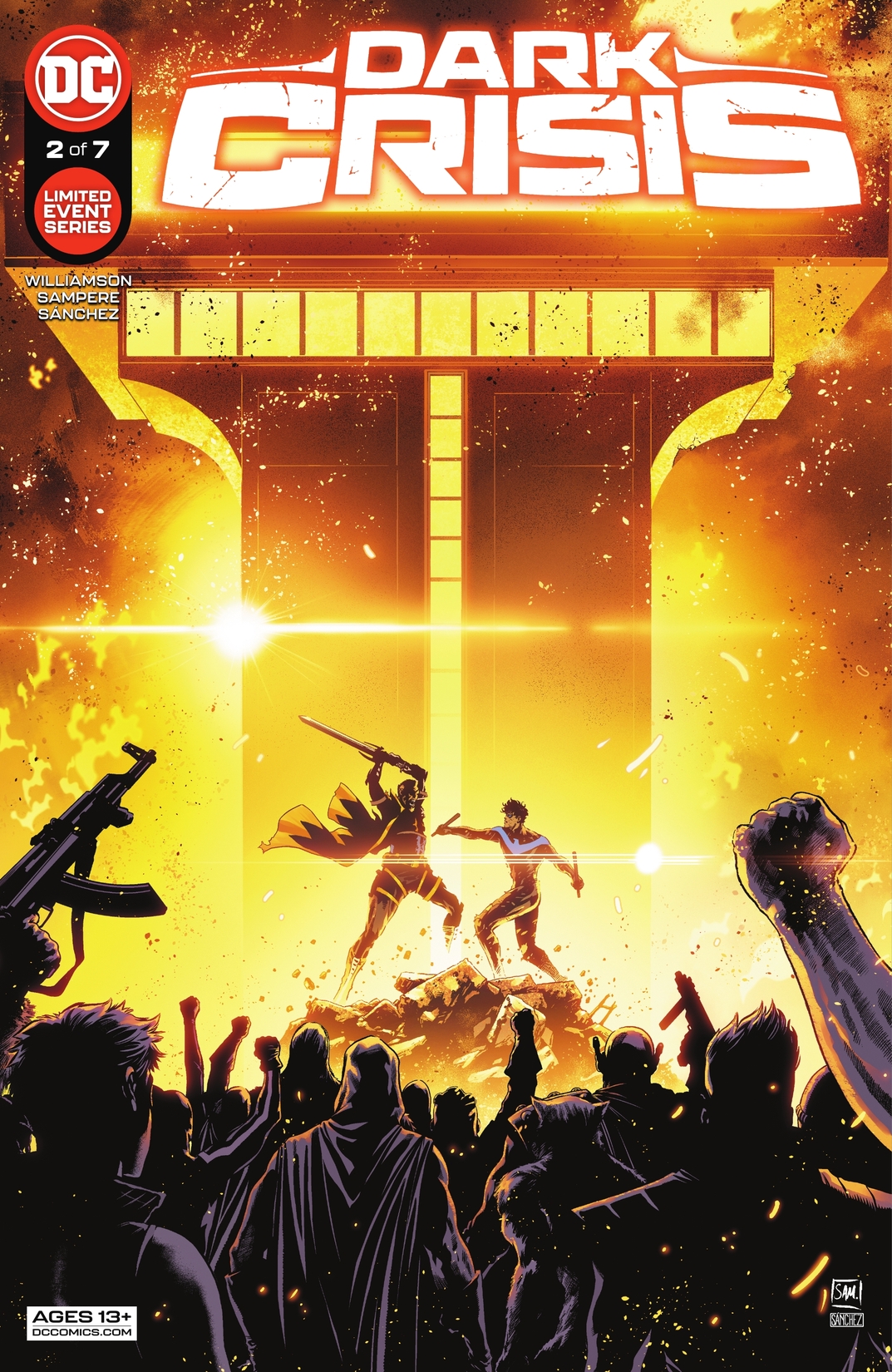 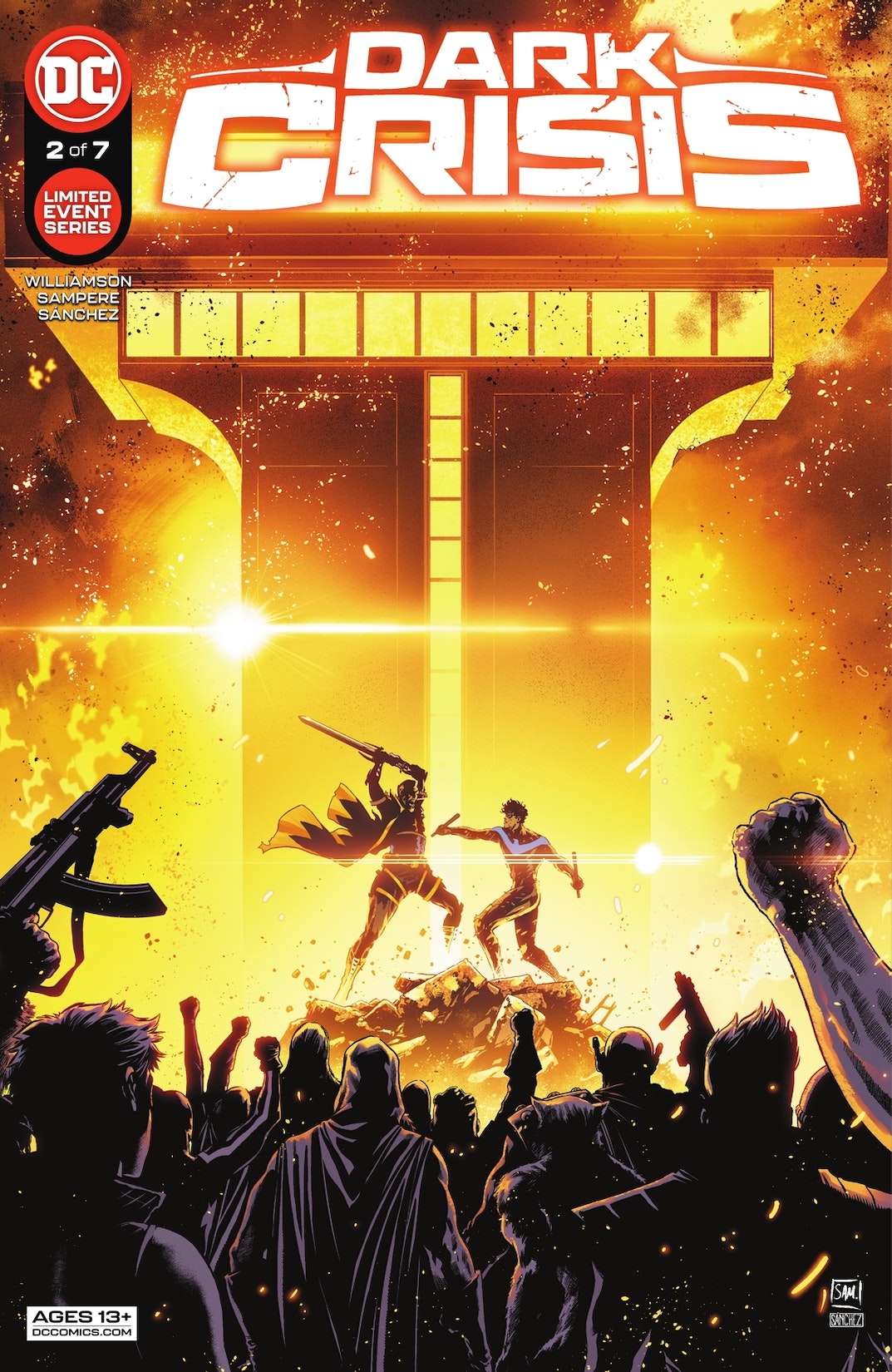 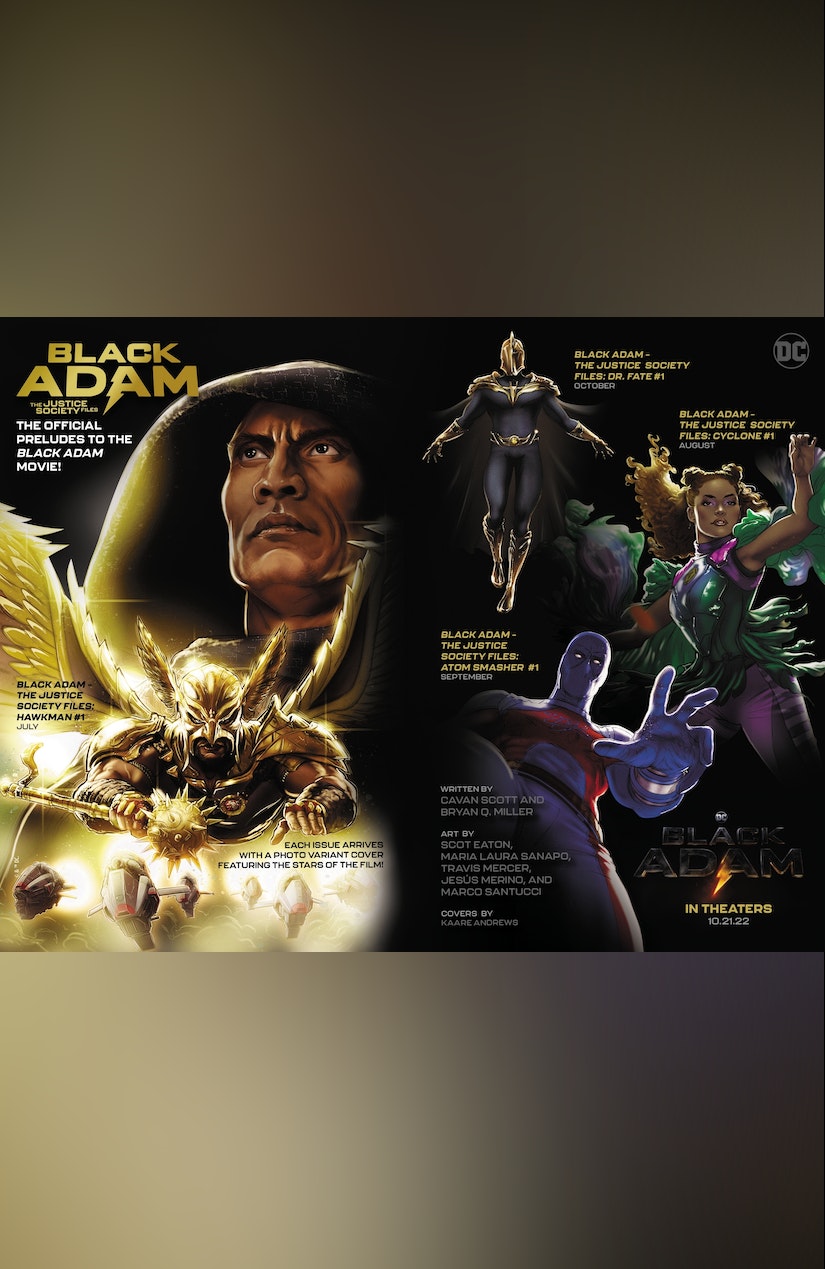 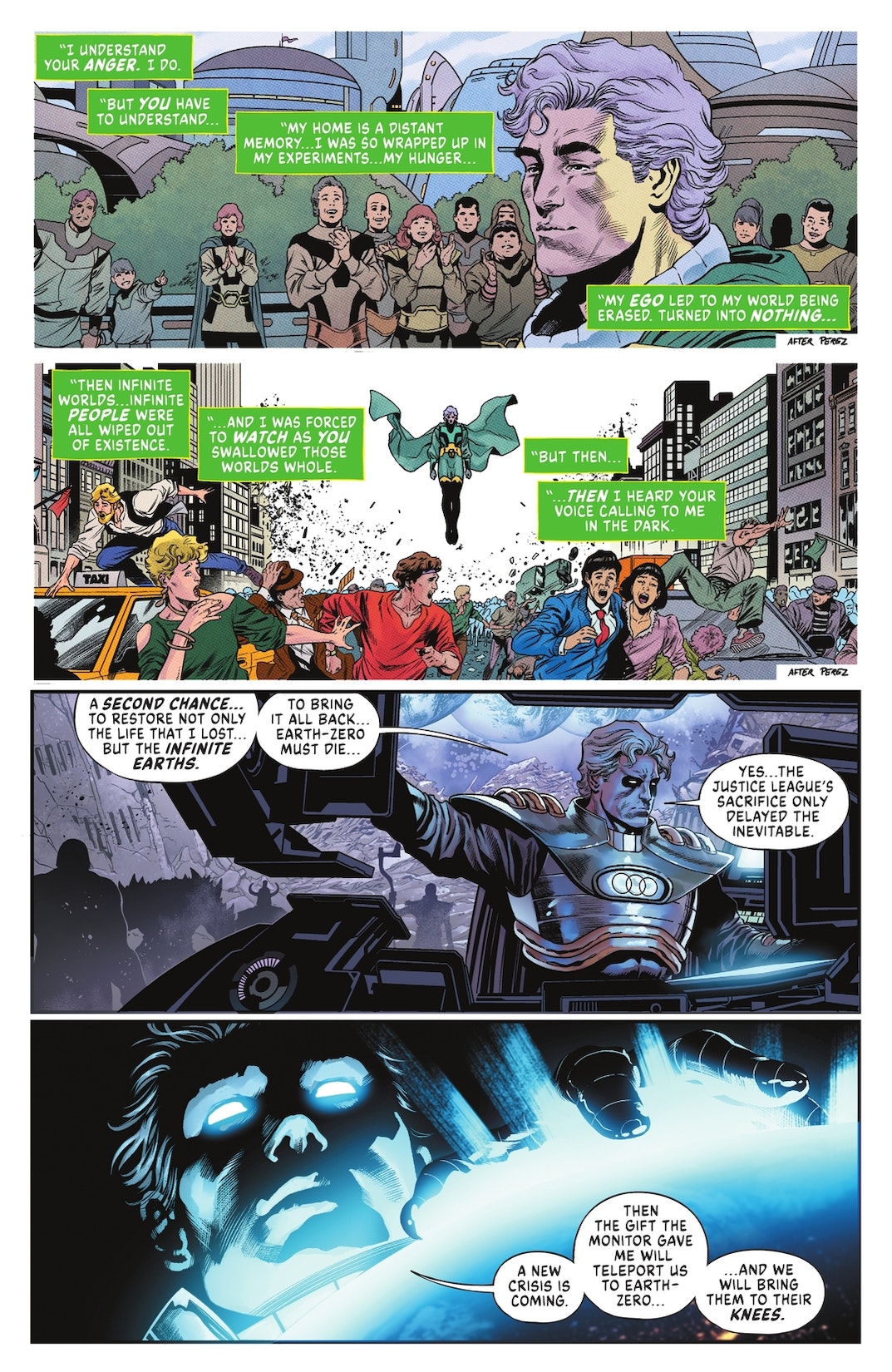 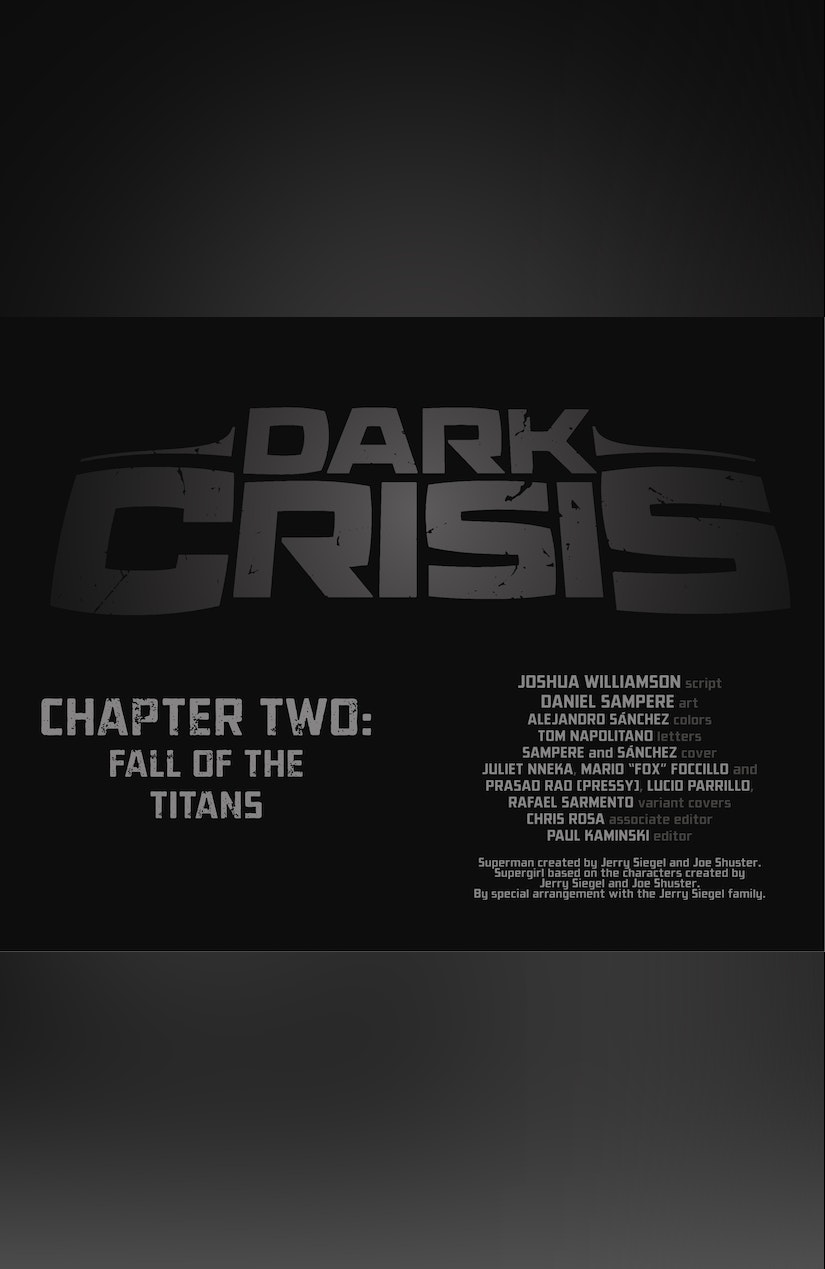 As the good people of the world mourn the loss of the Justice League, the forces of evil have seized the opportunity to wreak havoc in a world without its heroes! Leading the charge is a super-powered Slade Wilson…but this time there’s something dark fueling his rage. With a massive army laying siege to Titans Tower, only Nightwing will have what it takes to stand in the way of Deathstroke’s forces-but is this a fight Dick Grayson can win? Look, up in the sky-reinforcements are on the way! It’s a bird! It’s a plane! It’s…uh-oh...it’s Cyborg Superman. The world burns as Pariah and the Great Darkness make their play for planet Earth in this jaw-dropping second issue!