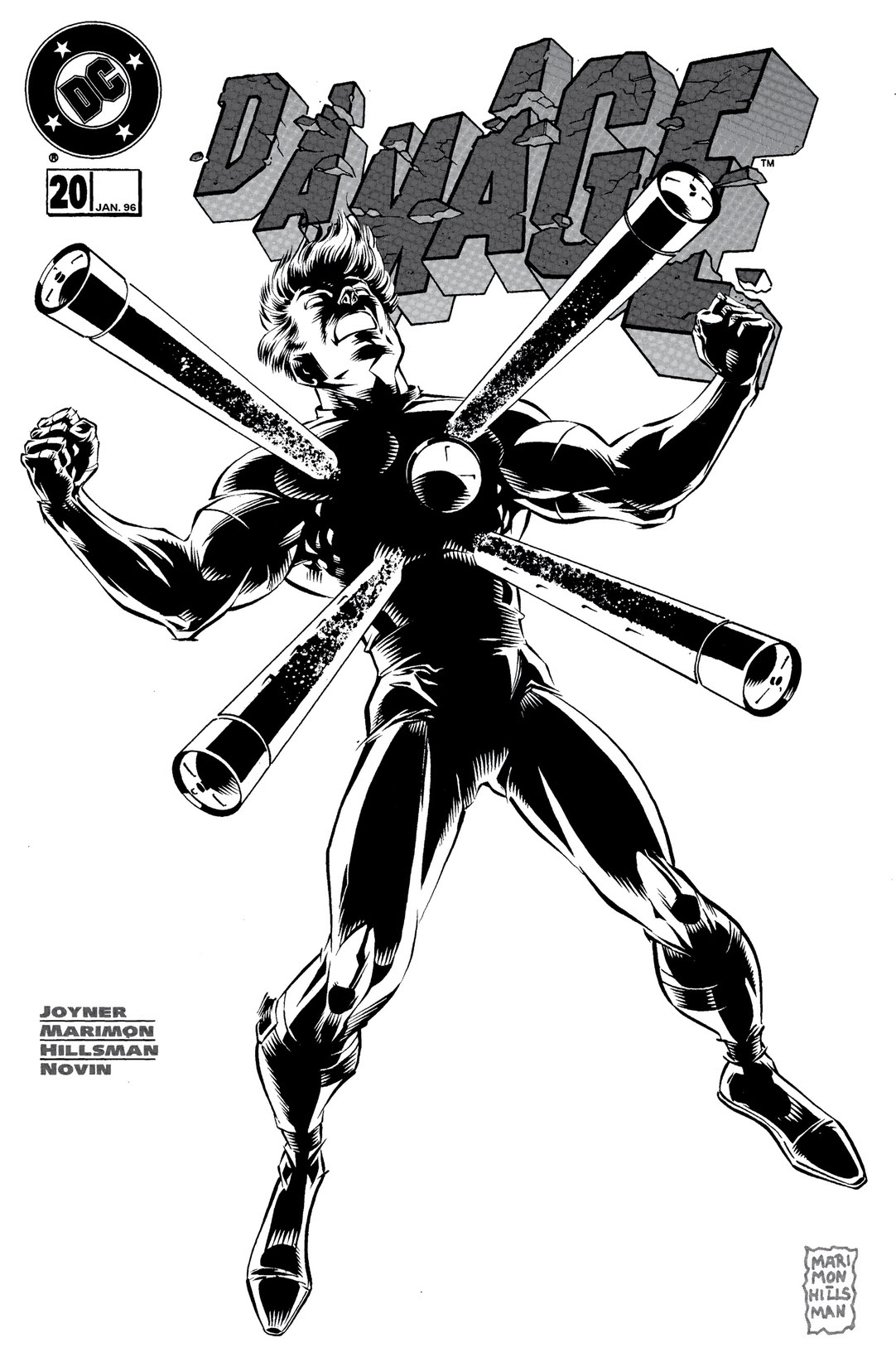 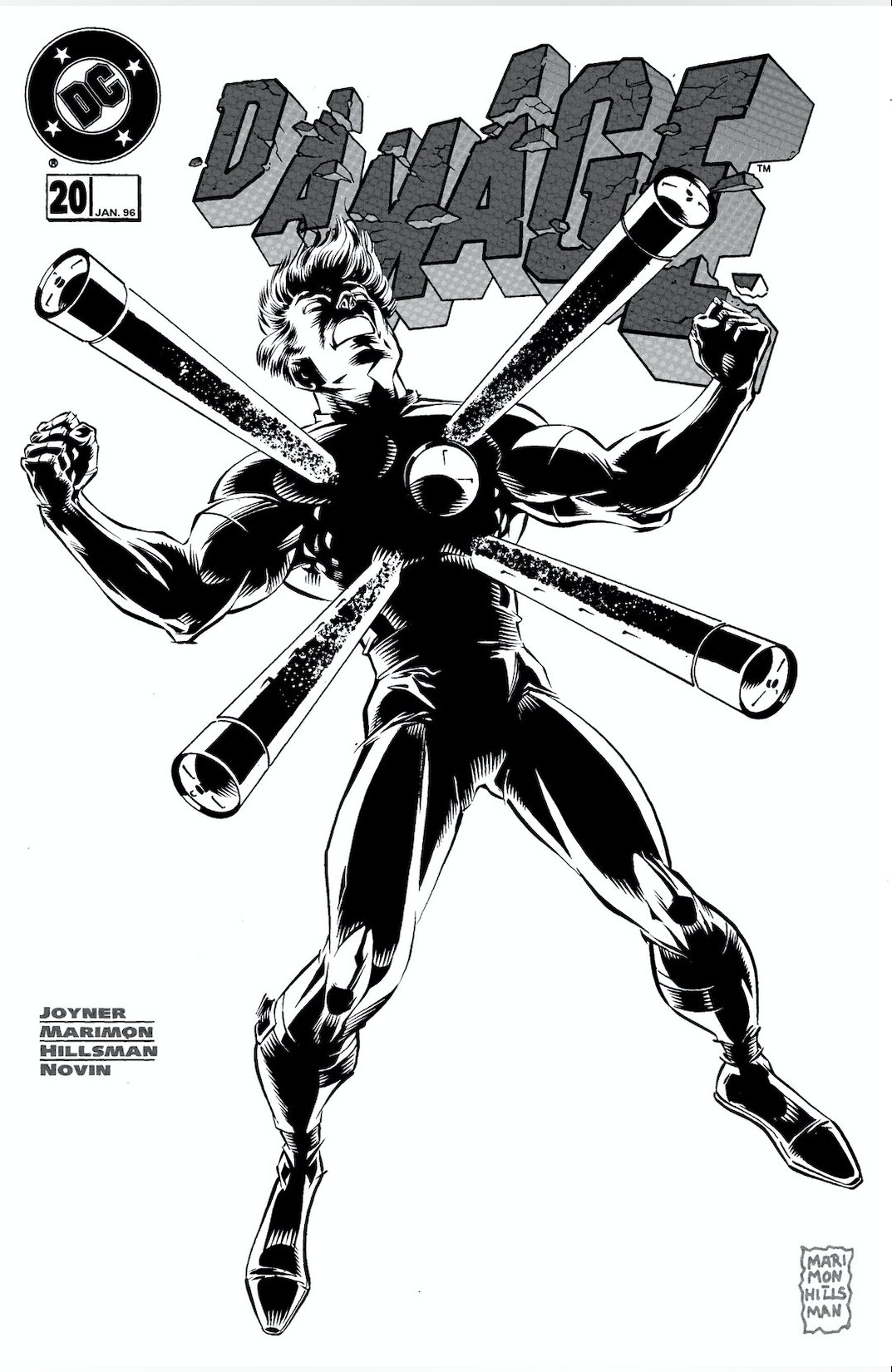 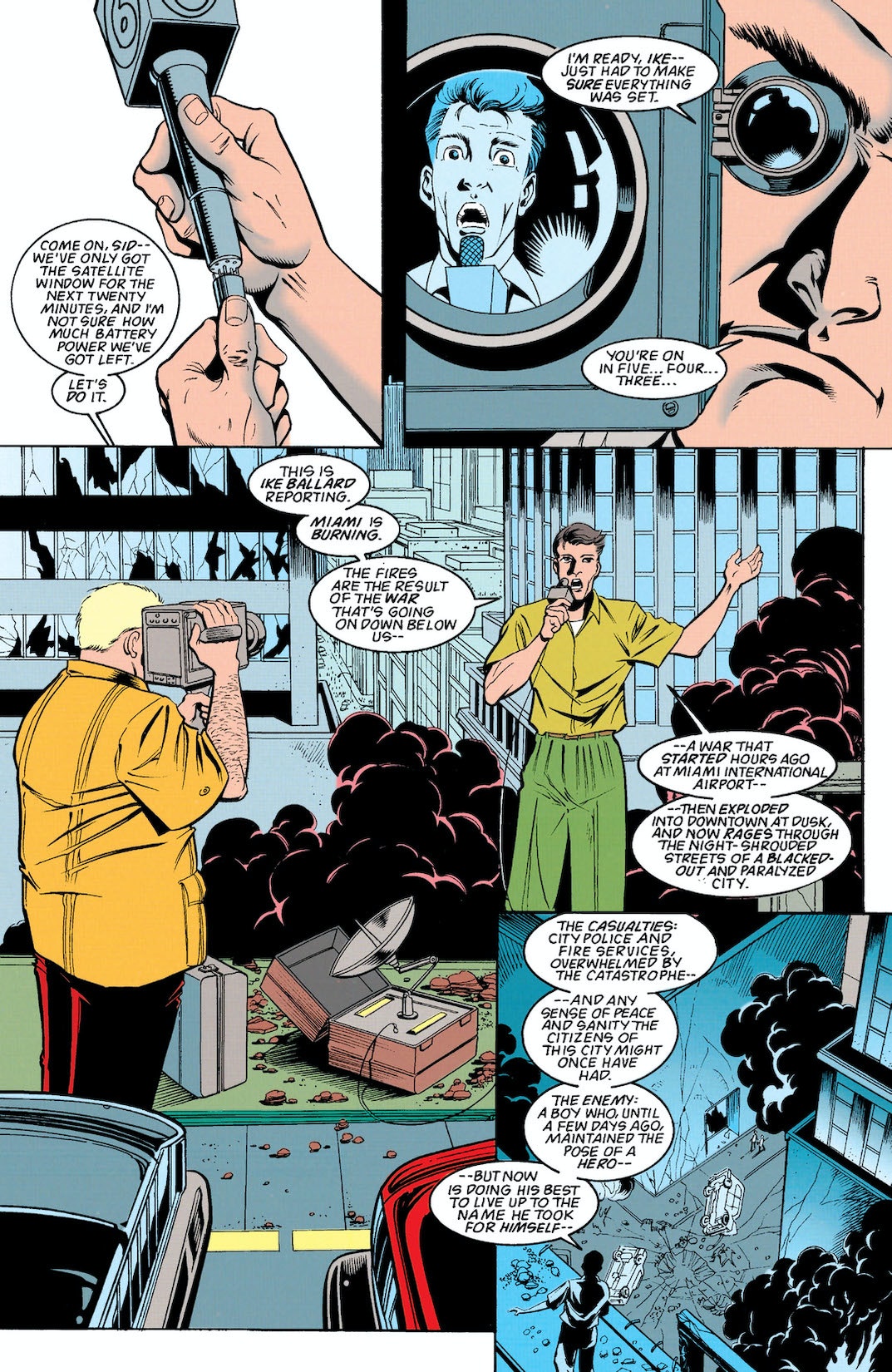 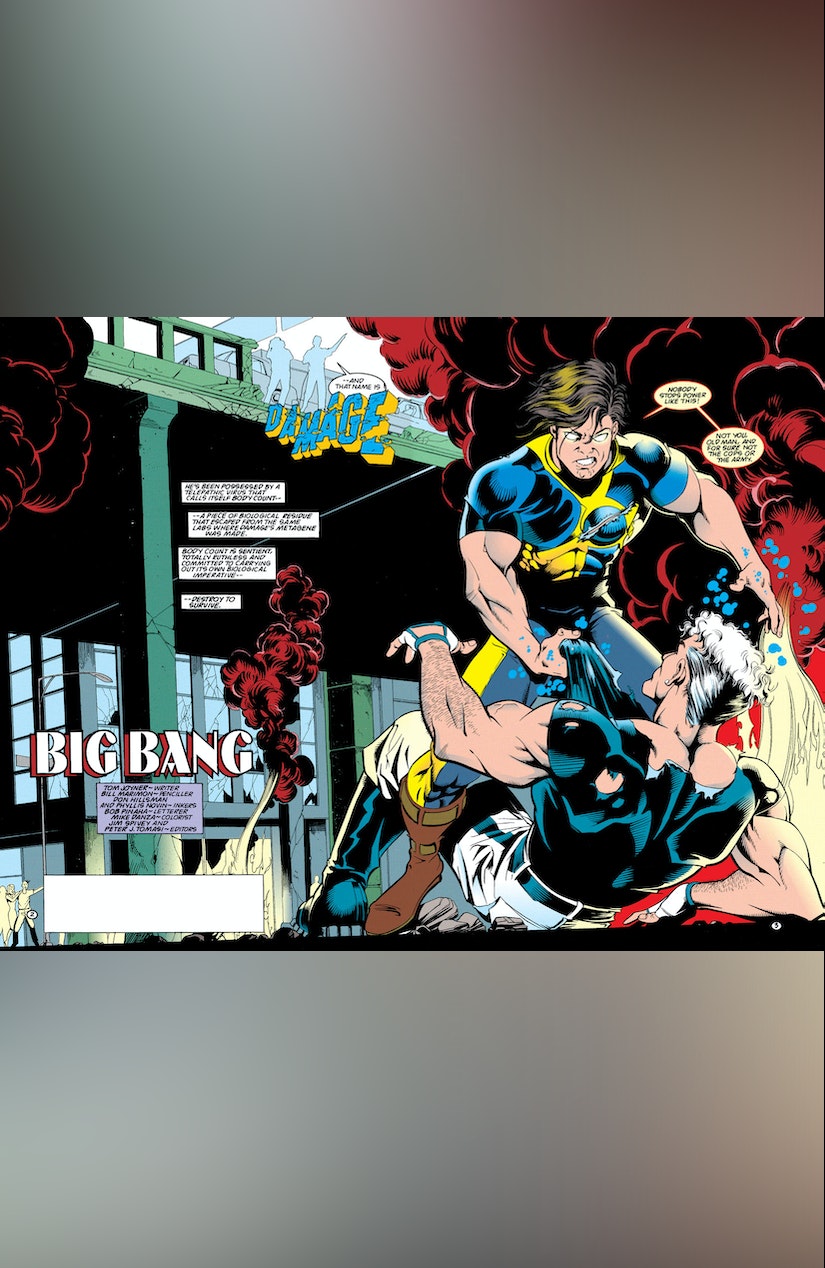 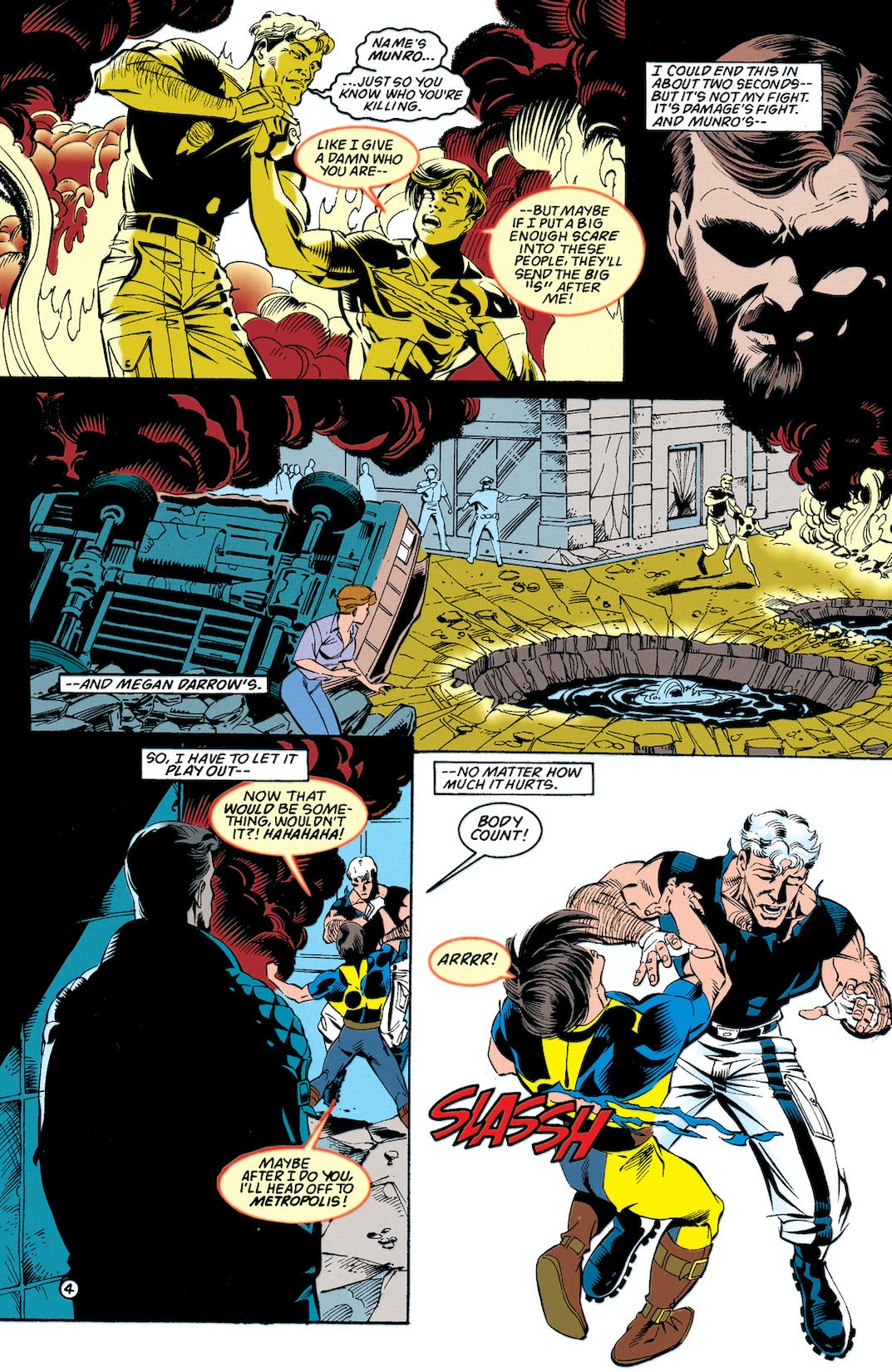 In this final issue, Damage is taken over by an evil, sentient metavirus and goes on a destructive rampage that threatens to leave all of Miami in ruins! The stakes are made even higher as the possessed Damage is forced to push a nuclear reactor toward meltdown. The only thing that can stop him is Iron Munro…but their battle may shatter the entire Eastern seaboard!