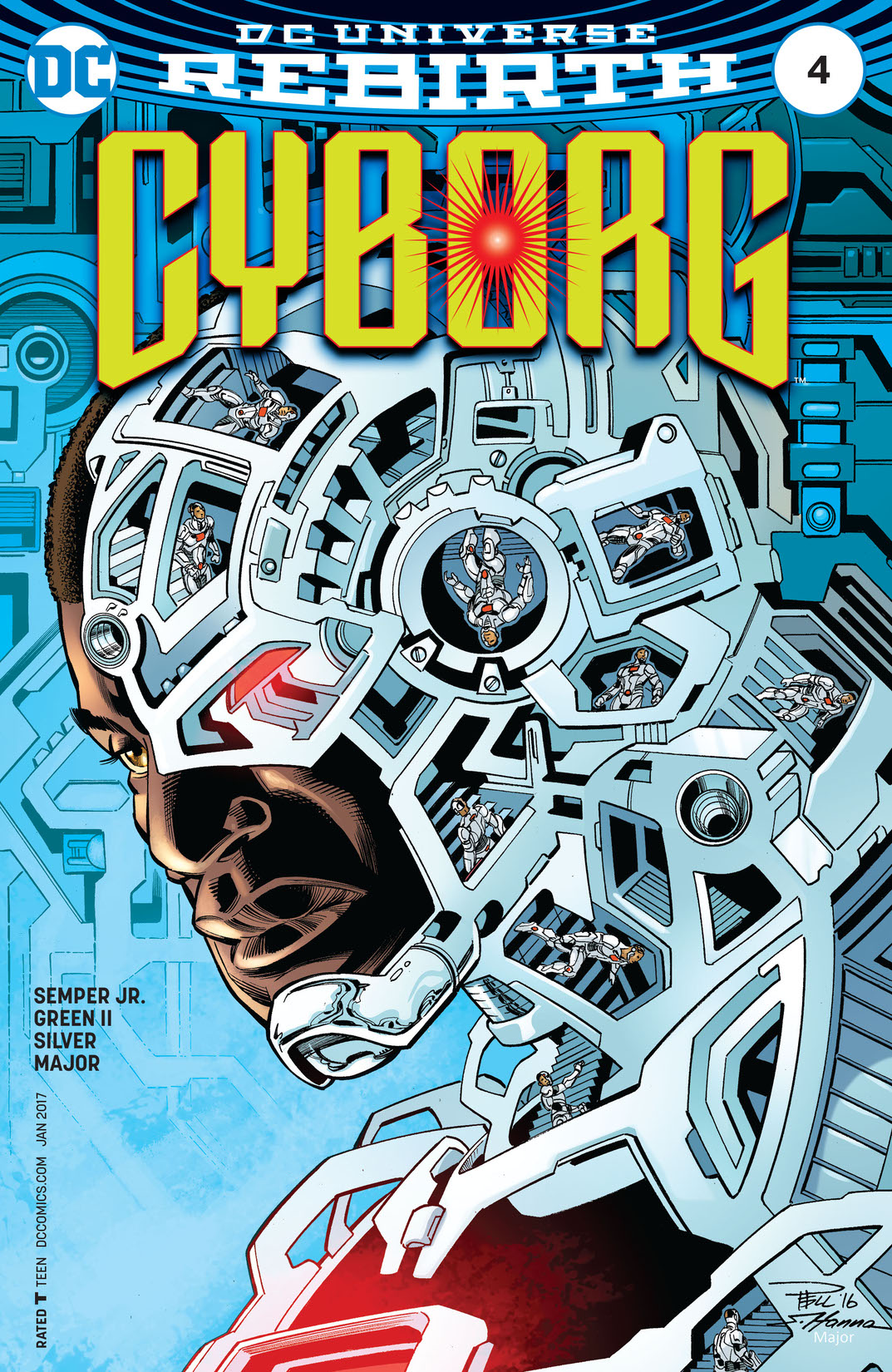 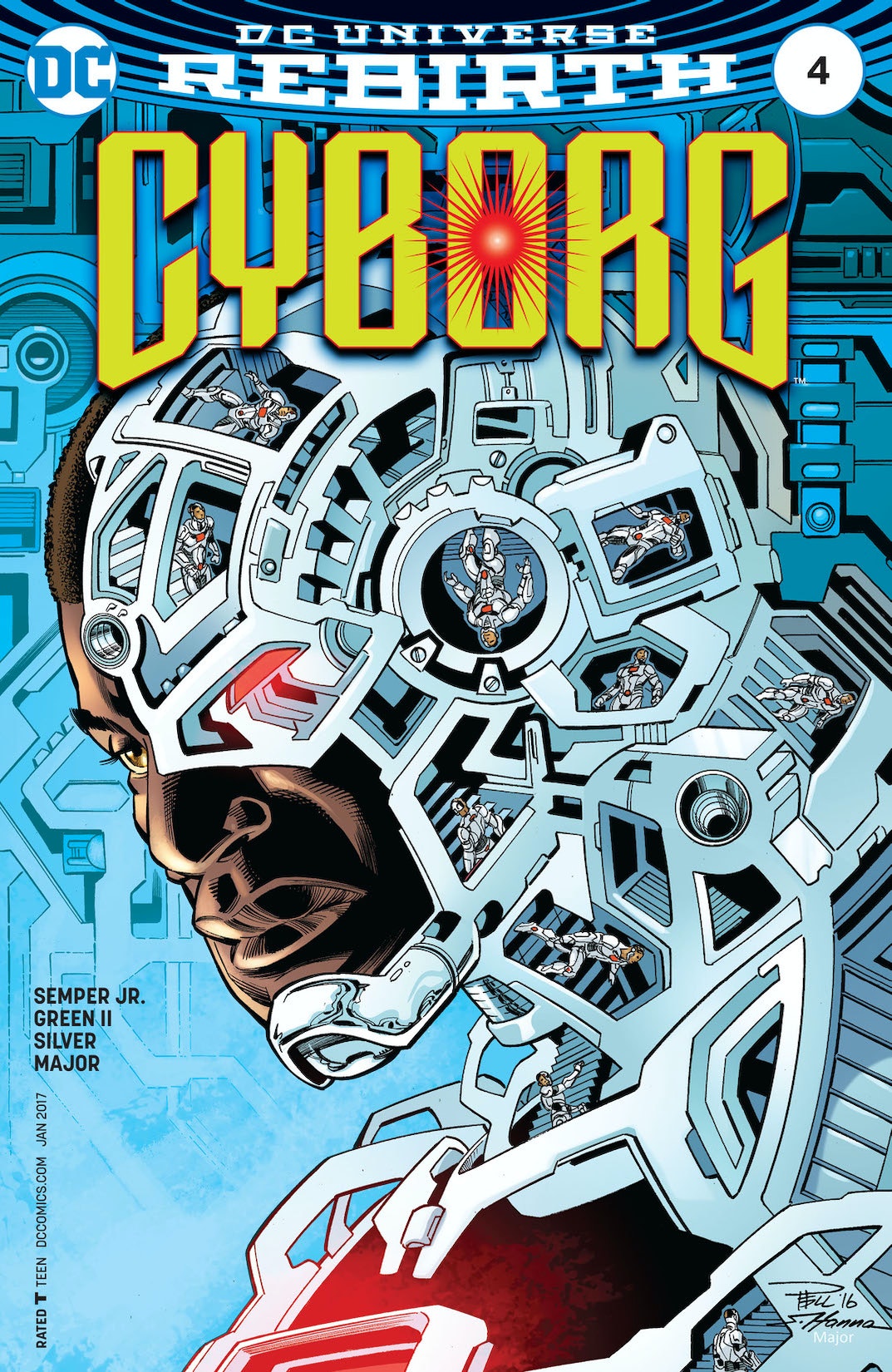 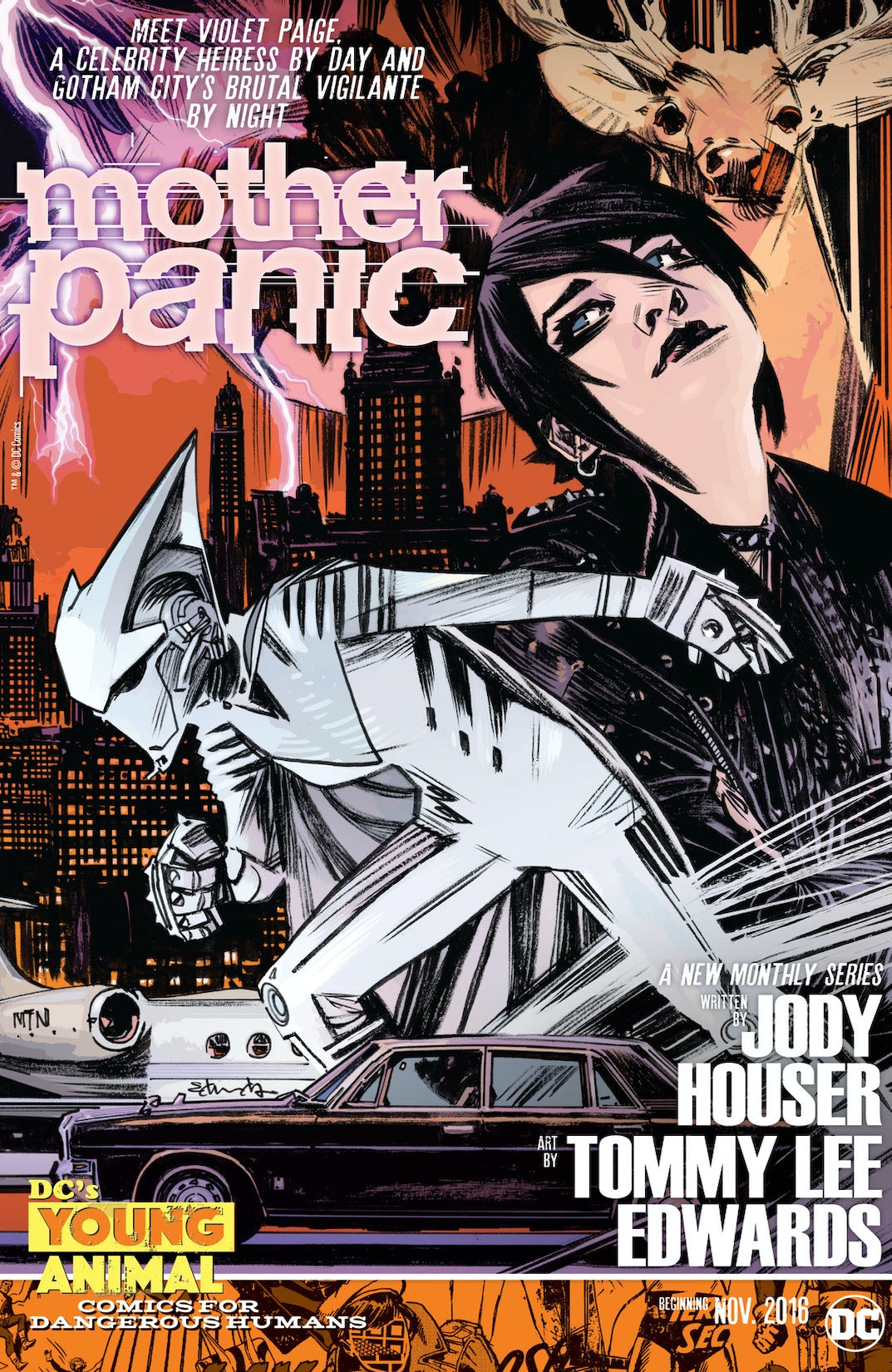 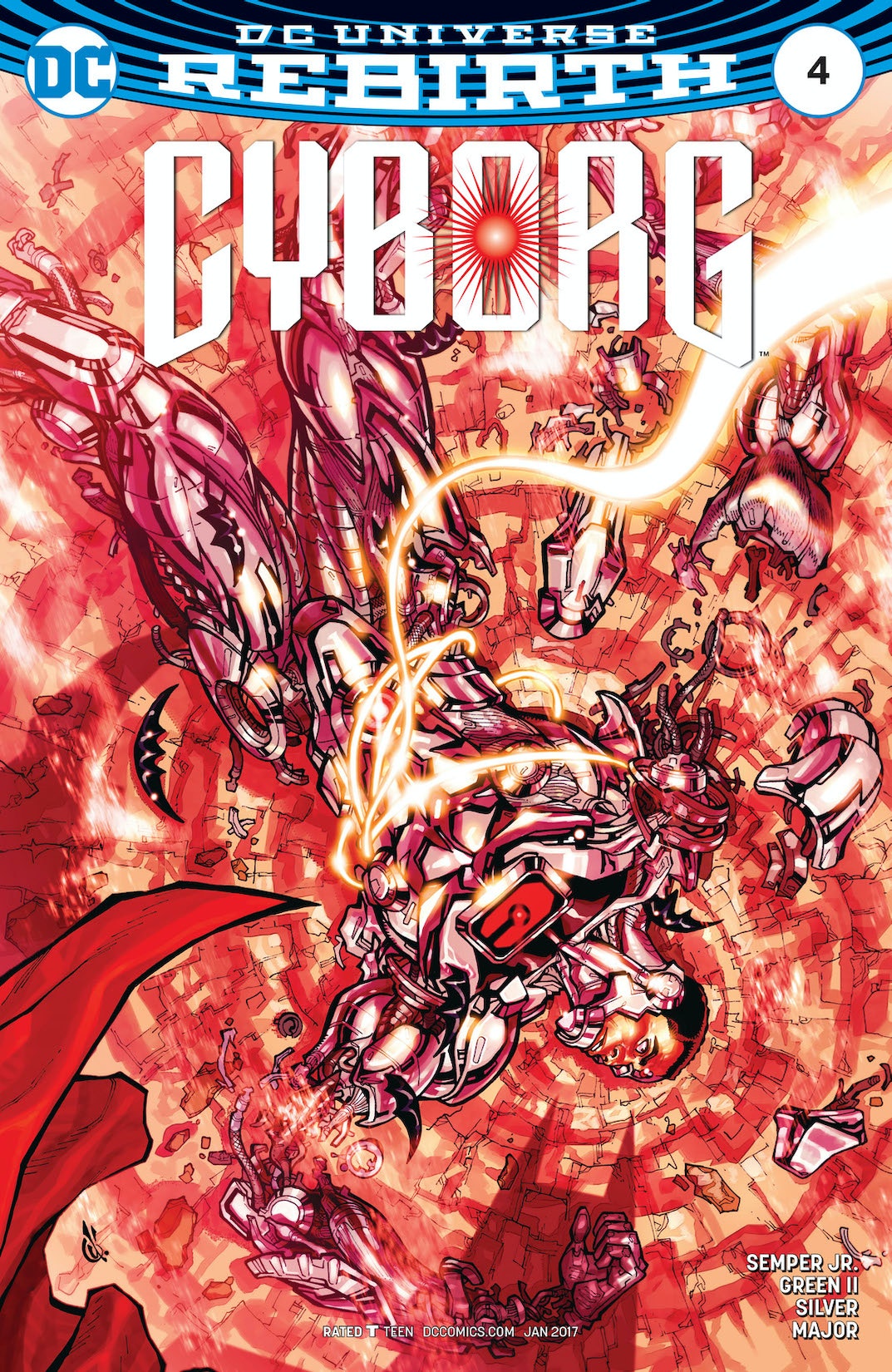 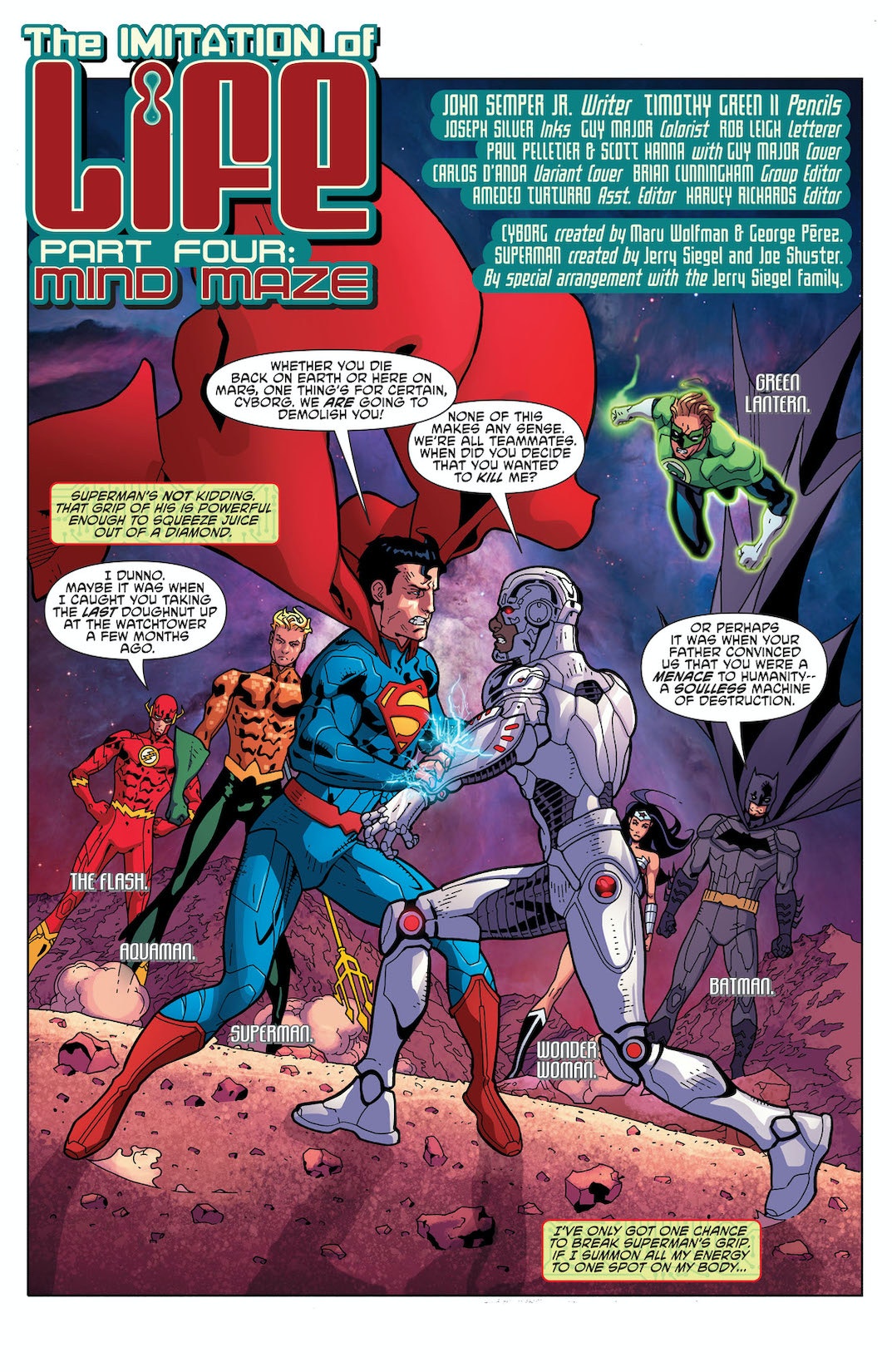 “THE IMITATION OF LIFE” part five! Cyborg loses control of his robotic form when it begins attacking his friends and family at S.T.A.R. Labs. Trapped in a virtual maze of ominous visions and forgotten memories, can Vic Stone hack his way through the cybernetic gauntlet that is his own mind?