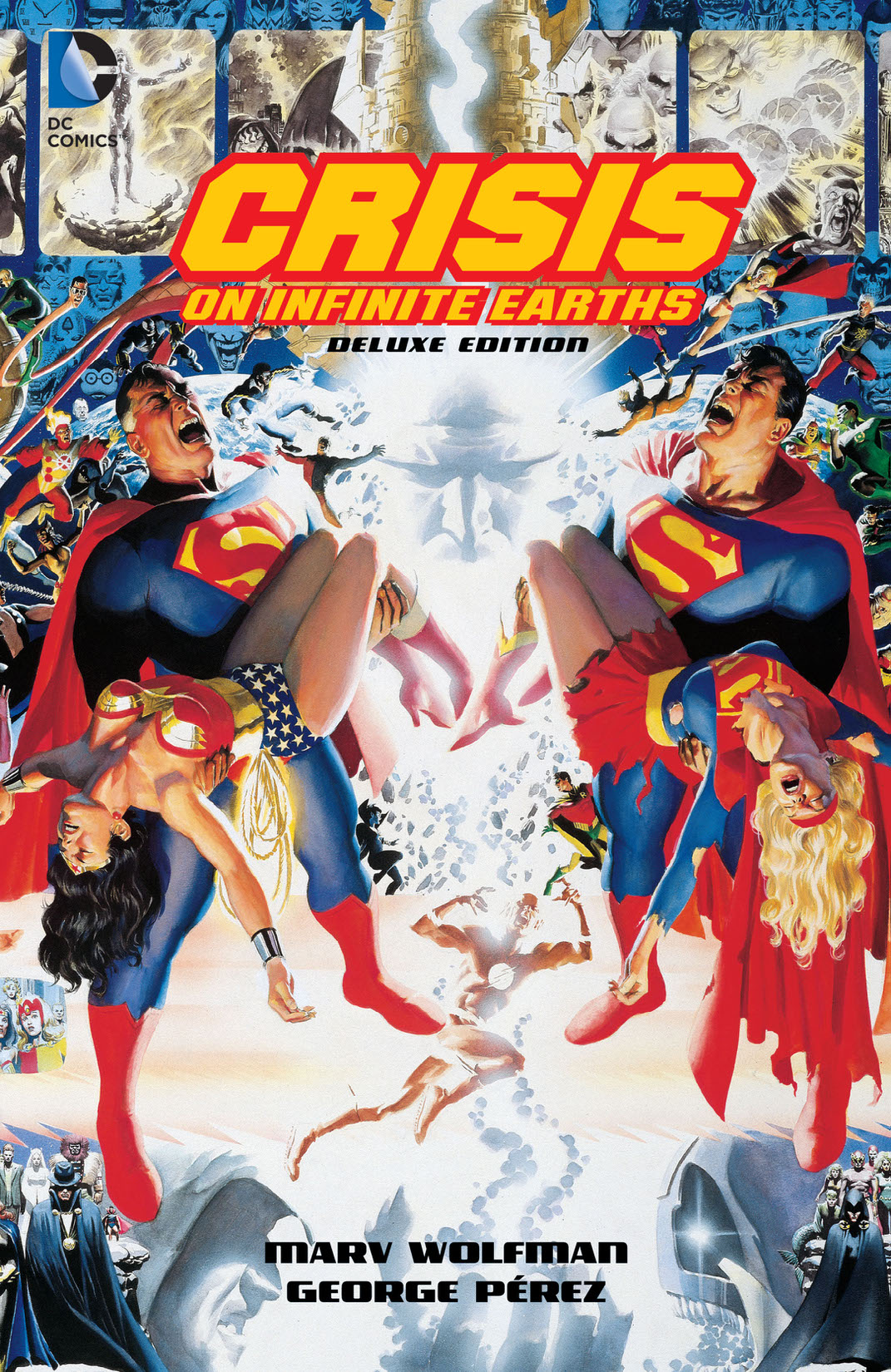 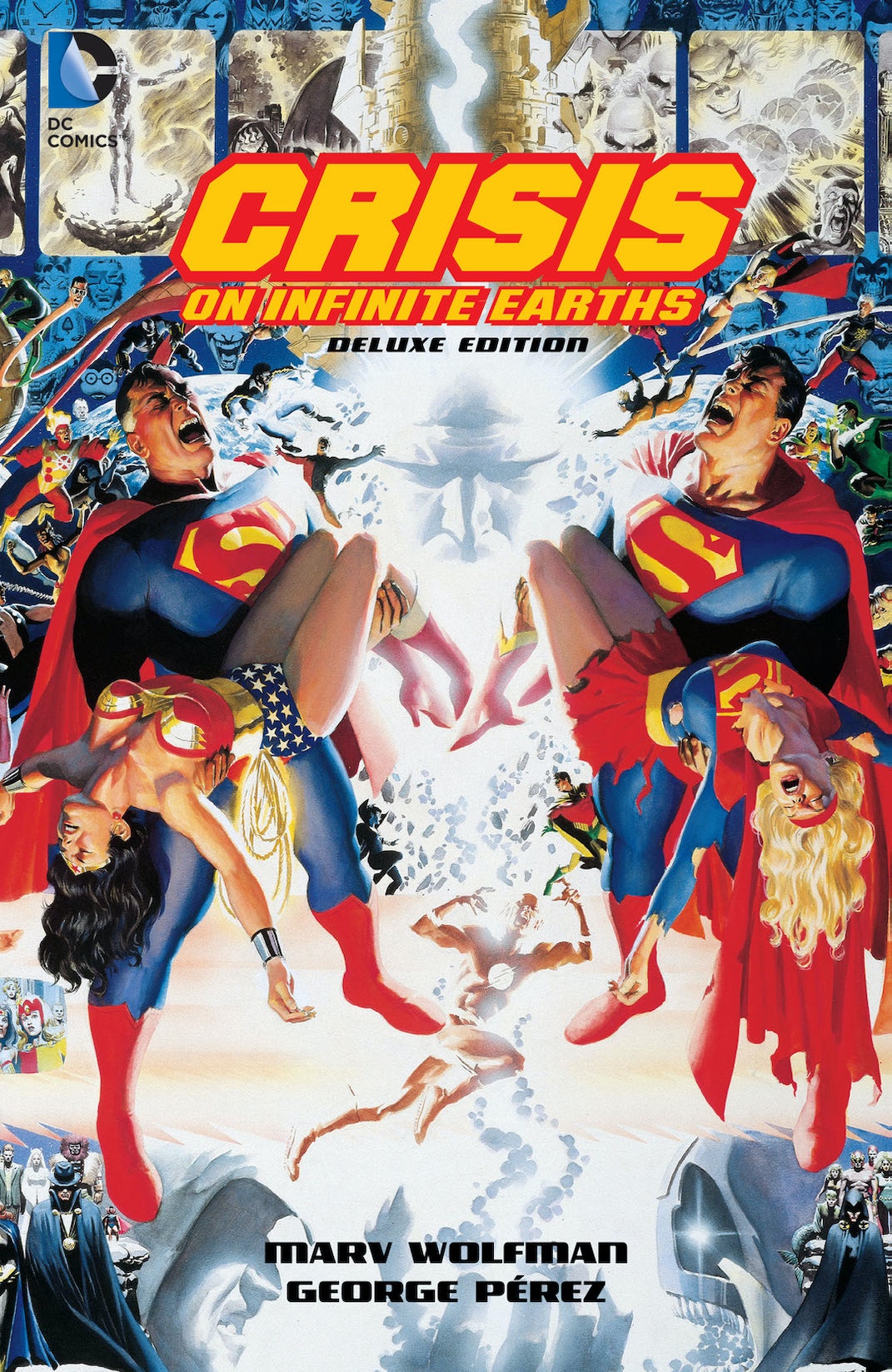 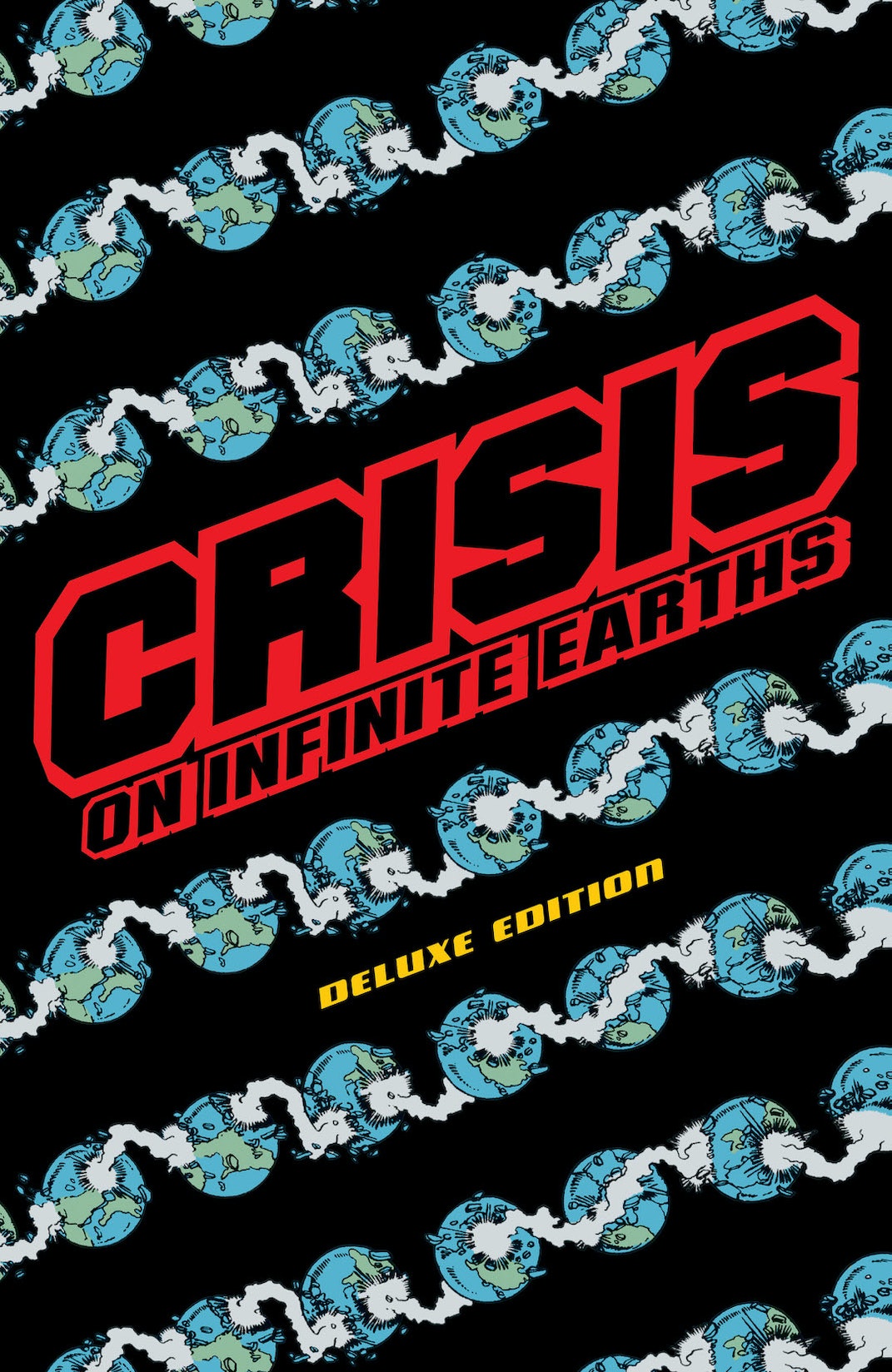 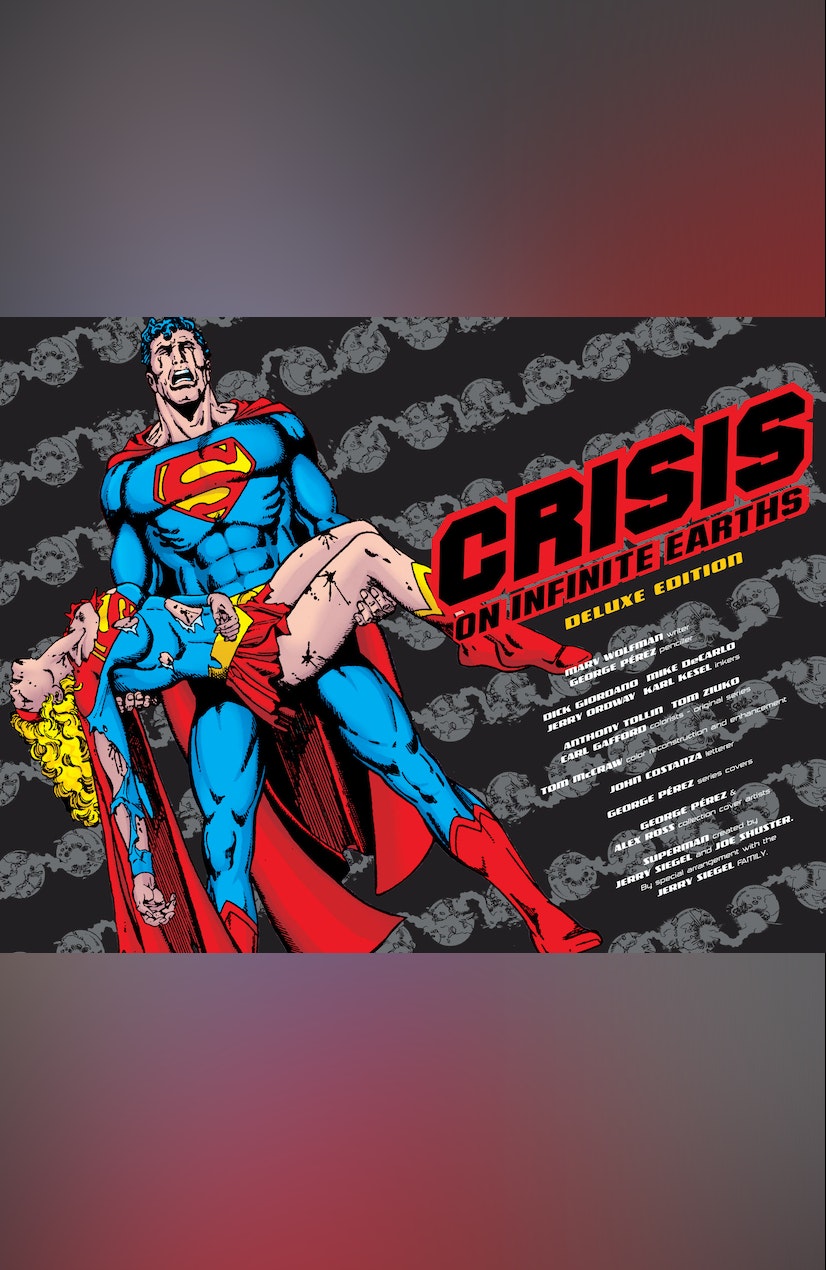 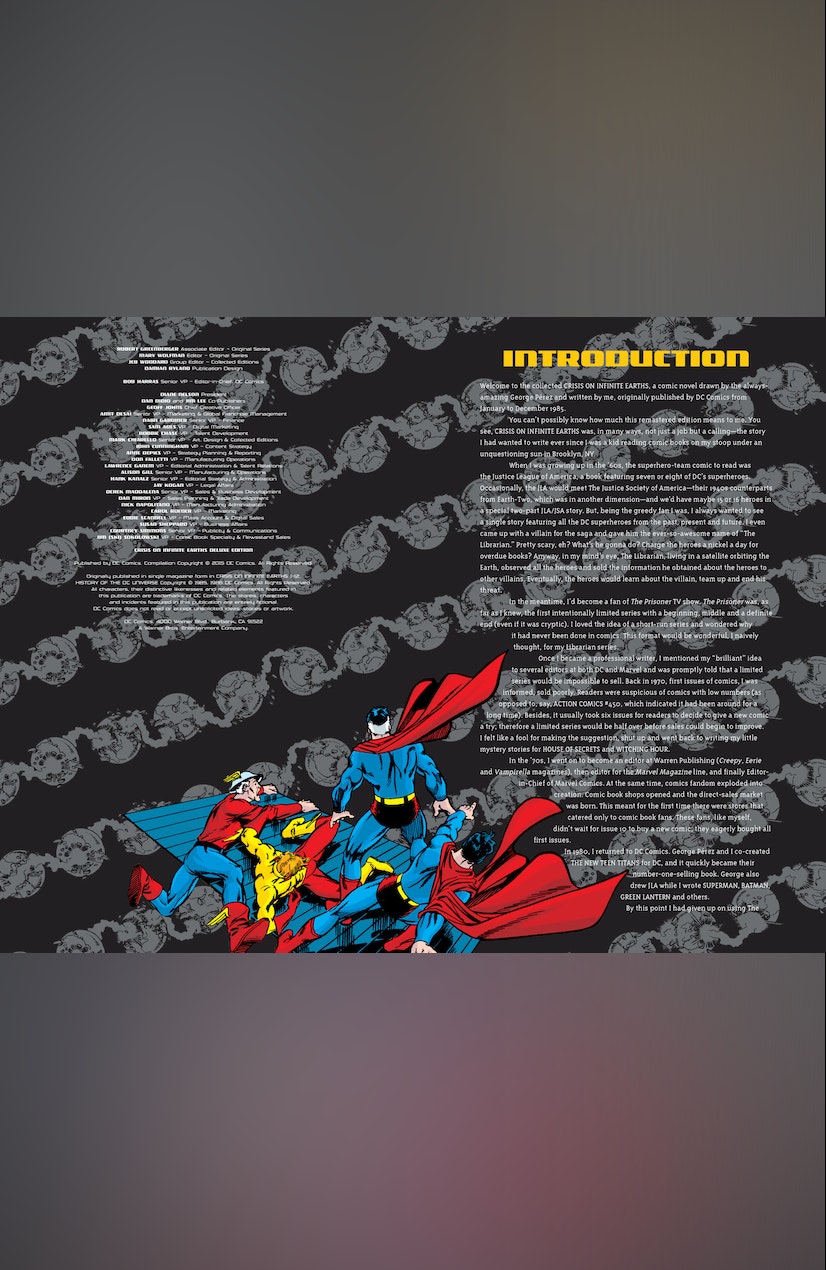 In 1985, DC Comics dramatically altered comics' original universe with CRISIS ON INFINITE EARTHS, a 12-issue series that rocked the comics community, tragically dooming some of DC's most beloved characters and drastically altering others. An unforgettable and defining event in comics history, CRISIS was arguably the first companywide crossover to make good on its promise of lasting change. Written by Marv Wolfman and pencilled by George Pérez, with inks by Dick Giordano, Jerry Ordway and Mike DeCarlo, CRISIS ON INFINITE EARTHS finds the alternate worlds that once were a hallmark of the DC Universe under siege by a mysterious force powerful enough to wipe out the lives of billions. This Deluxe edition will feature as yet to be determined supplemental material.