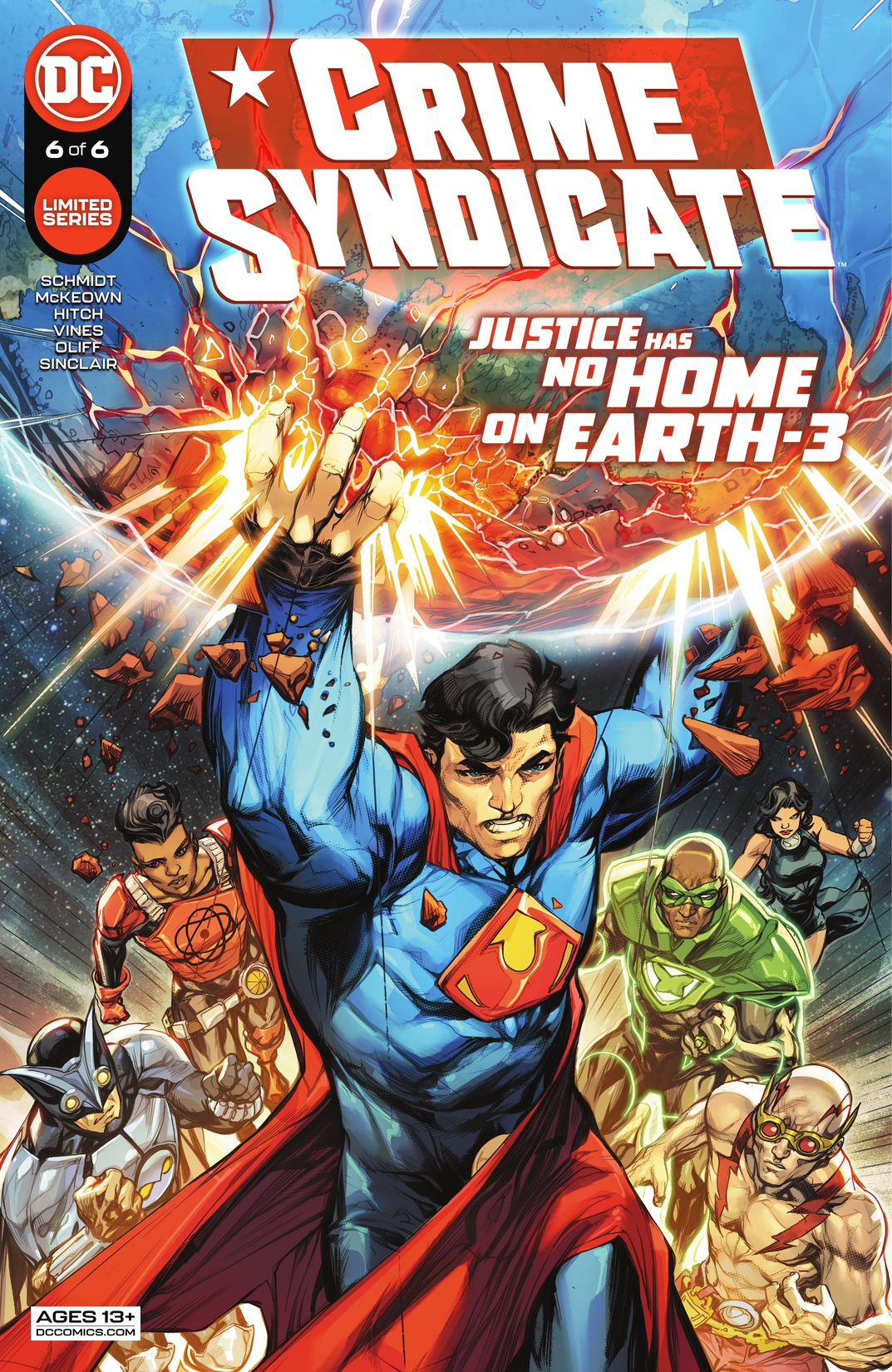 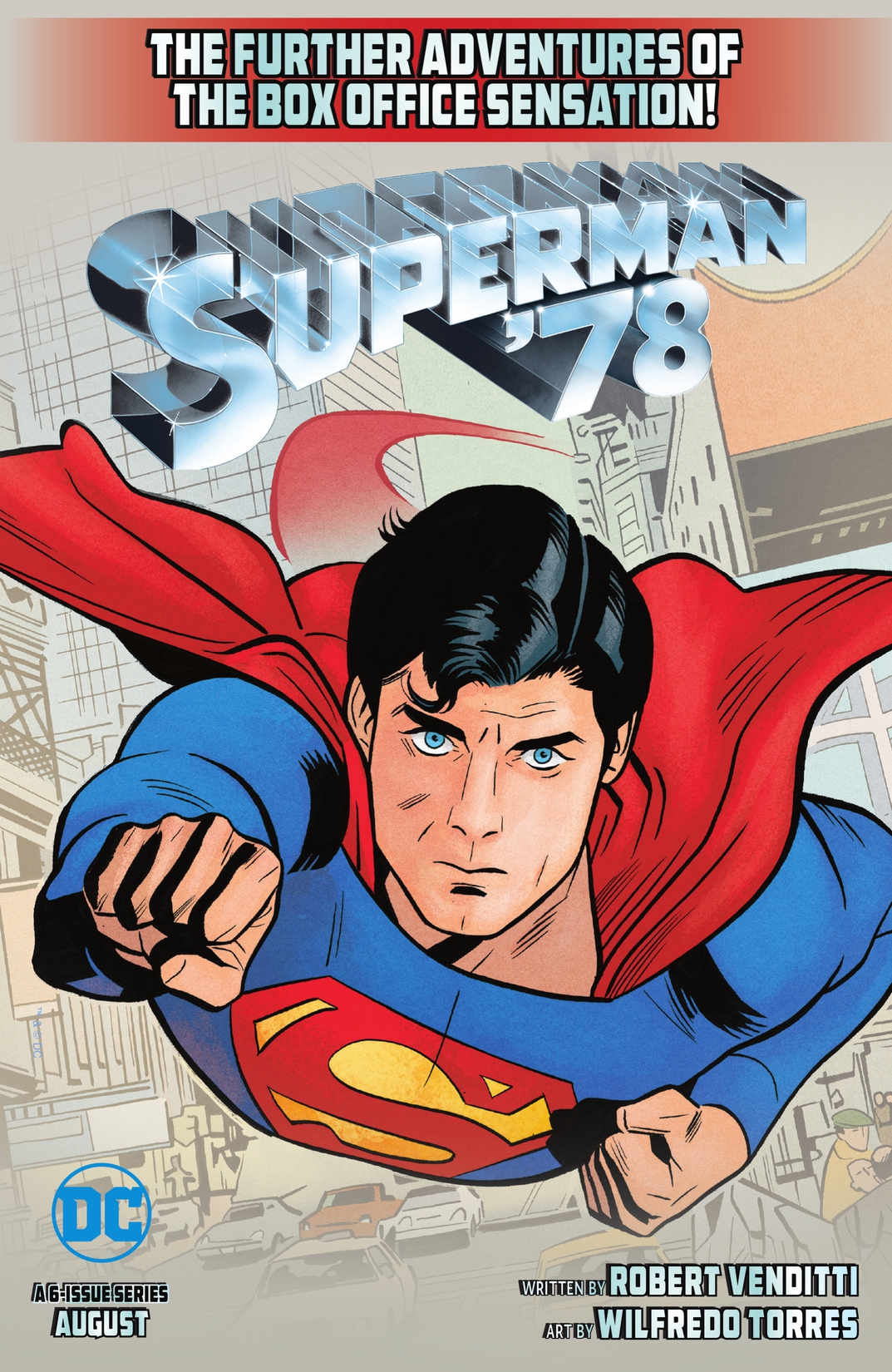 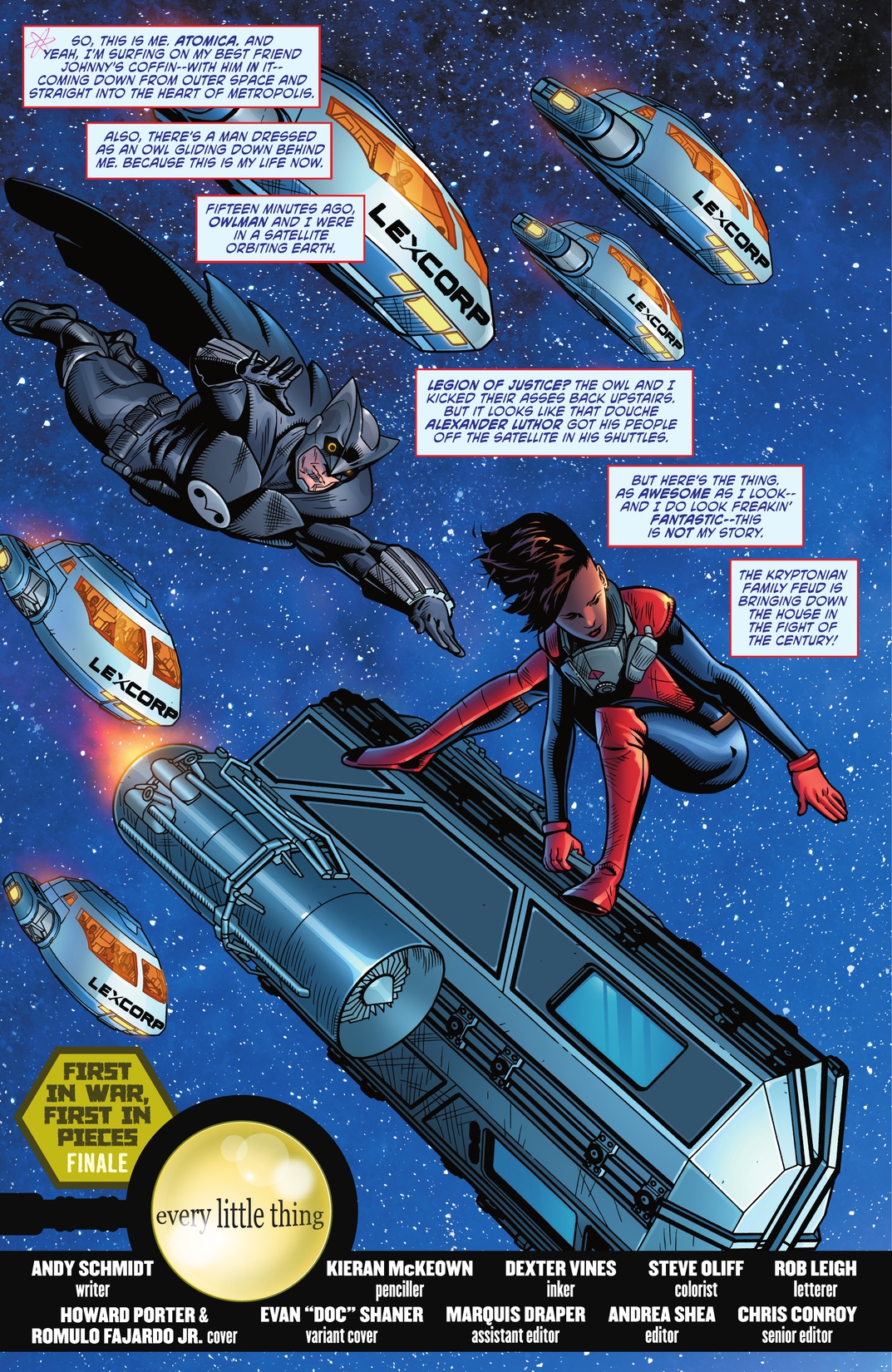 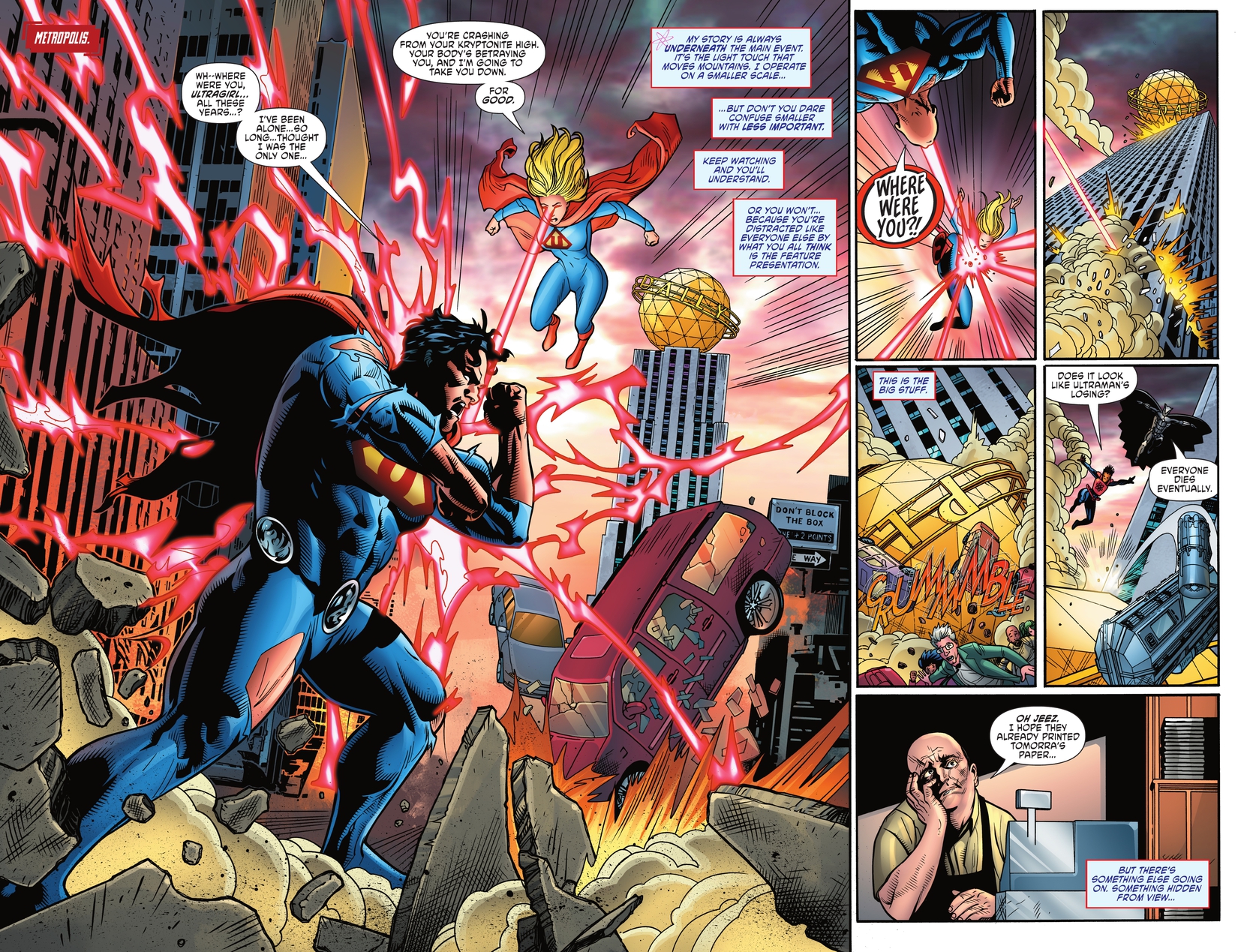 Look, up in the sky! It’s a bird! It’s a plane! It’s…Ultragirl? That’s right, folks, Kara Zor-El of Earth-3 arrives, and it’s far from a happy family reunion! Can Ultraman take his cousin down and reclaim his place as the true last survivor of Krypton? Meanwhile, on a hidden island in the Pacific, Emerald Knight must finally decide: Will he stand with the Legion of Justice? Or will he give in to the Crime Syndicate? Don’t miss out on the shocking finale that shakes Earth-3 to its core!