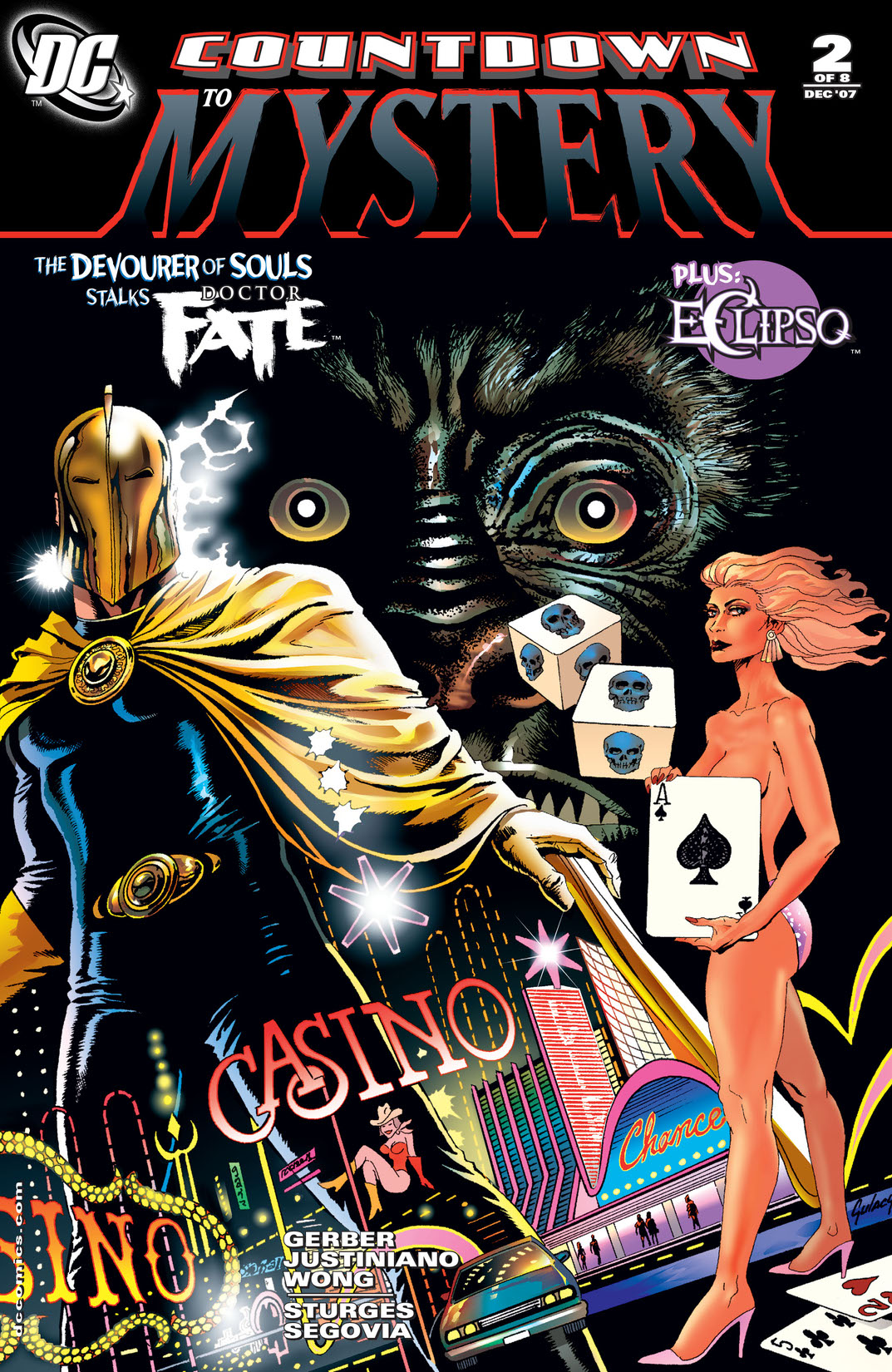 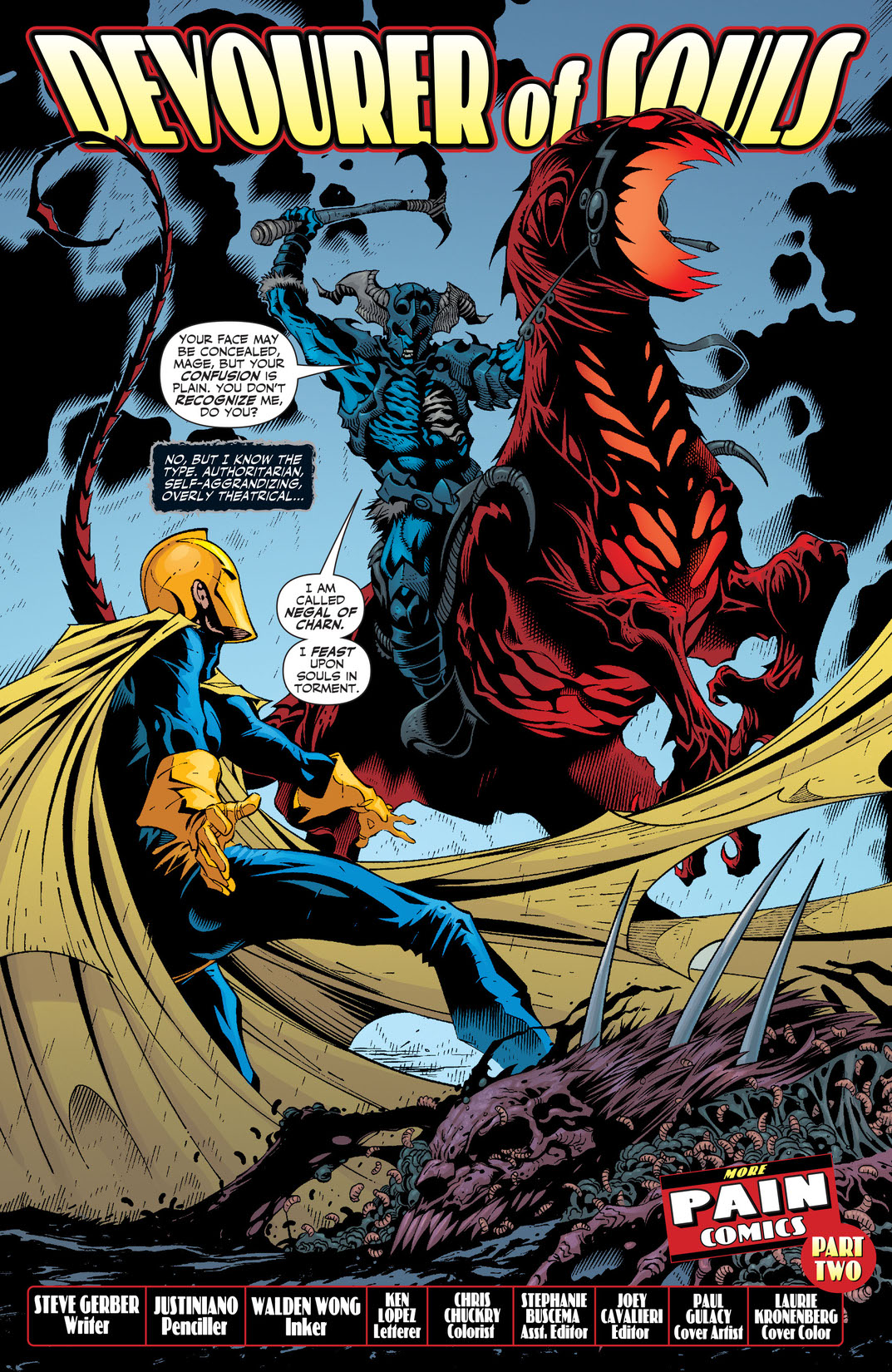 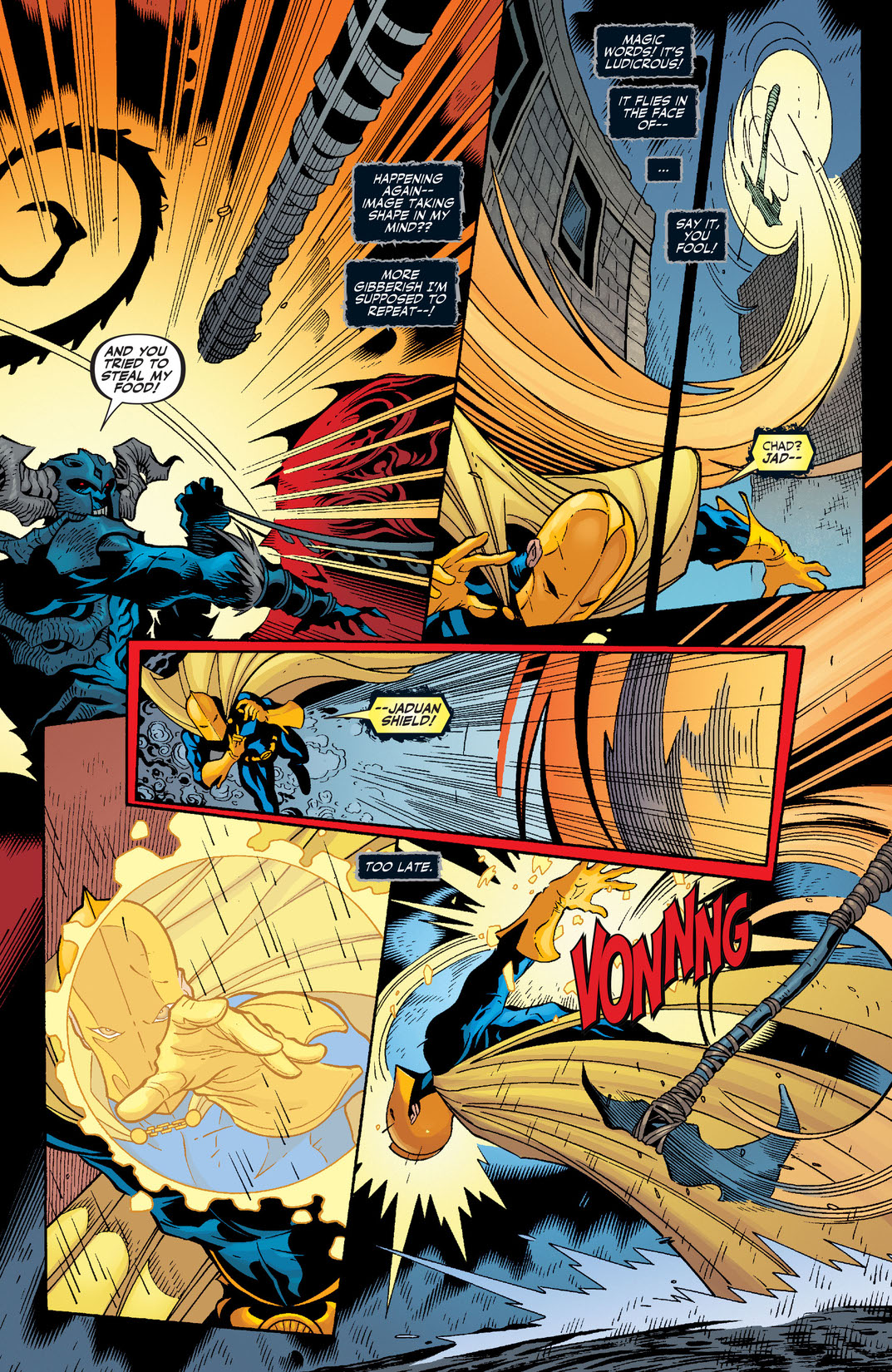 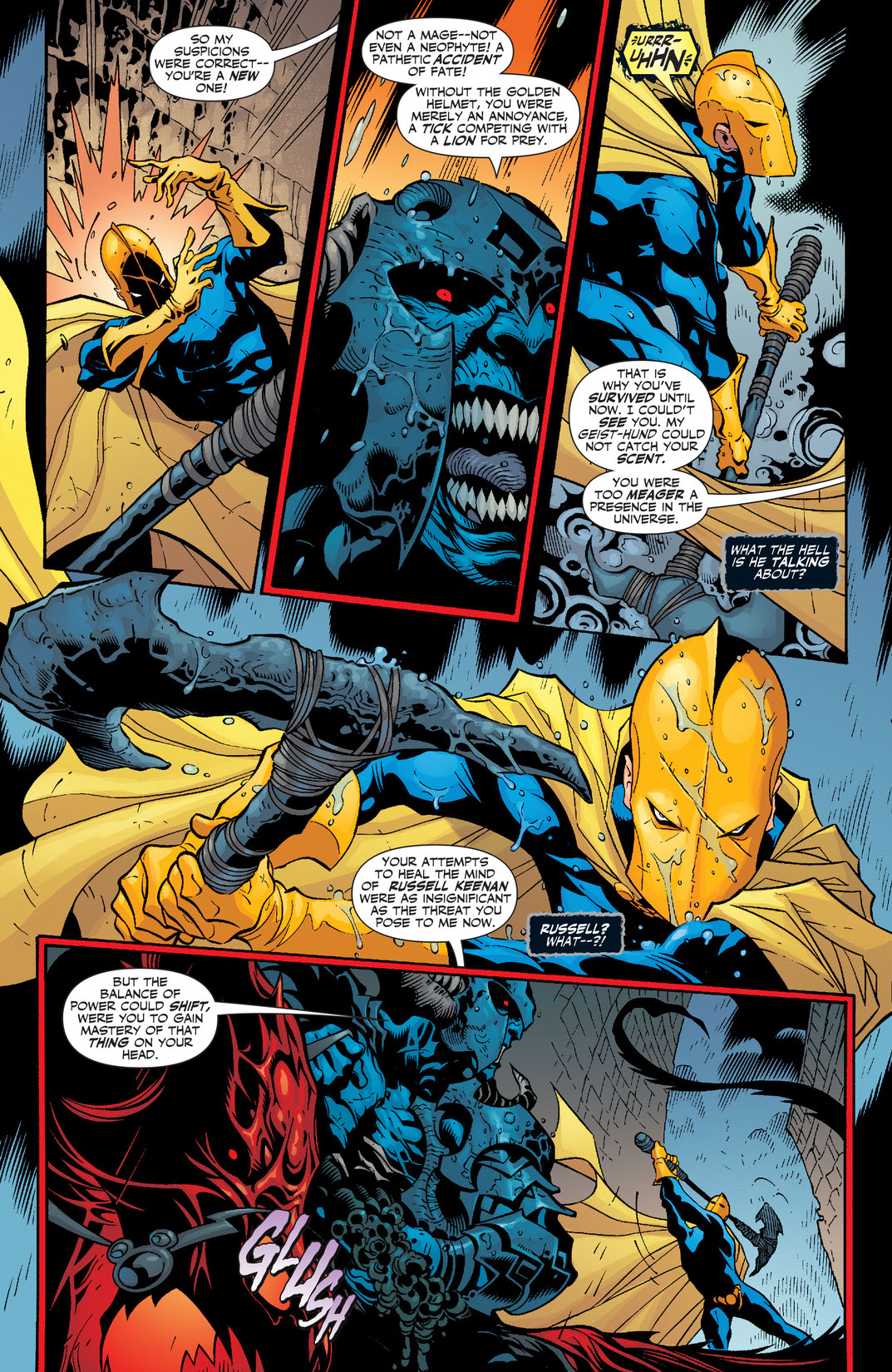 Doctor Fate faces a steep learning curve when it comes to mastering his new powers as he faces 'The Devourer of Souls' in Las Vegas! Plus, Eclipso has discovered Plastic Man's weak point: attacking him through his son, the Titan known as Offspring!