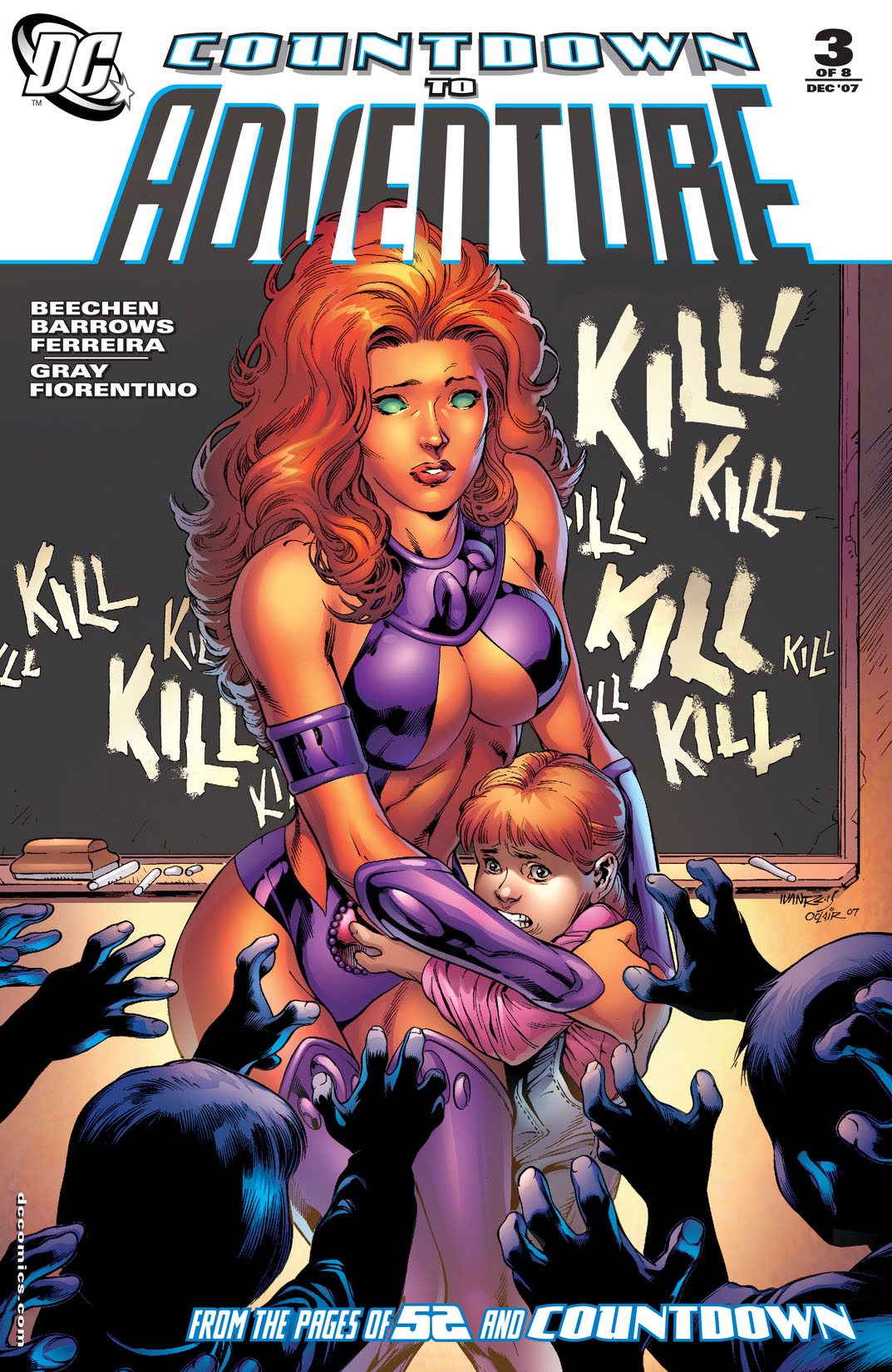 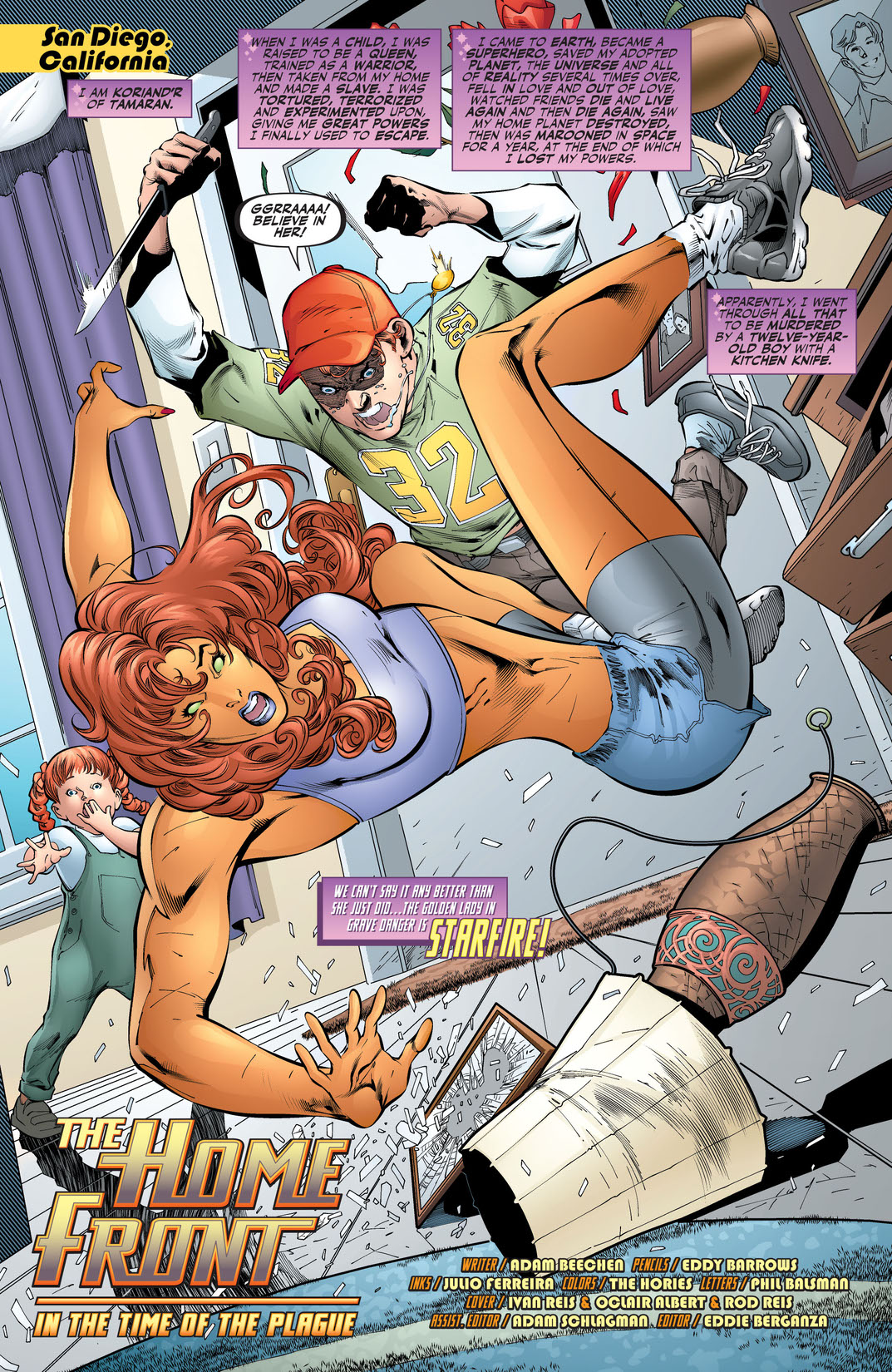 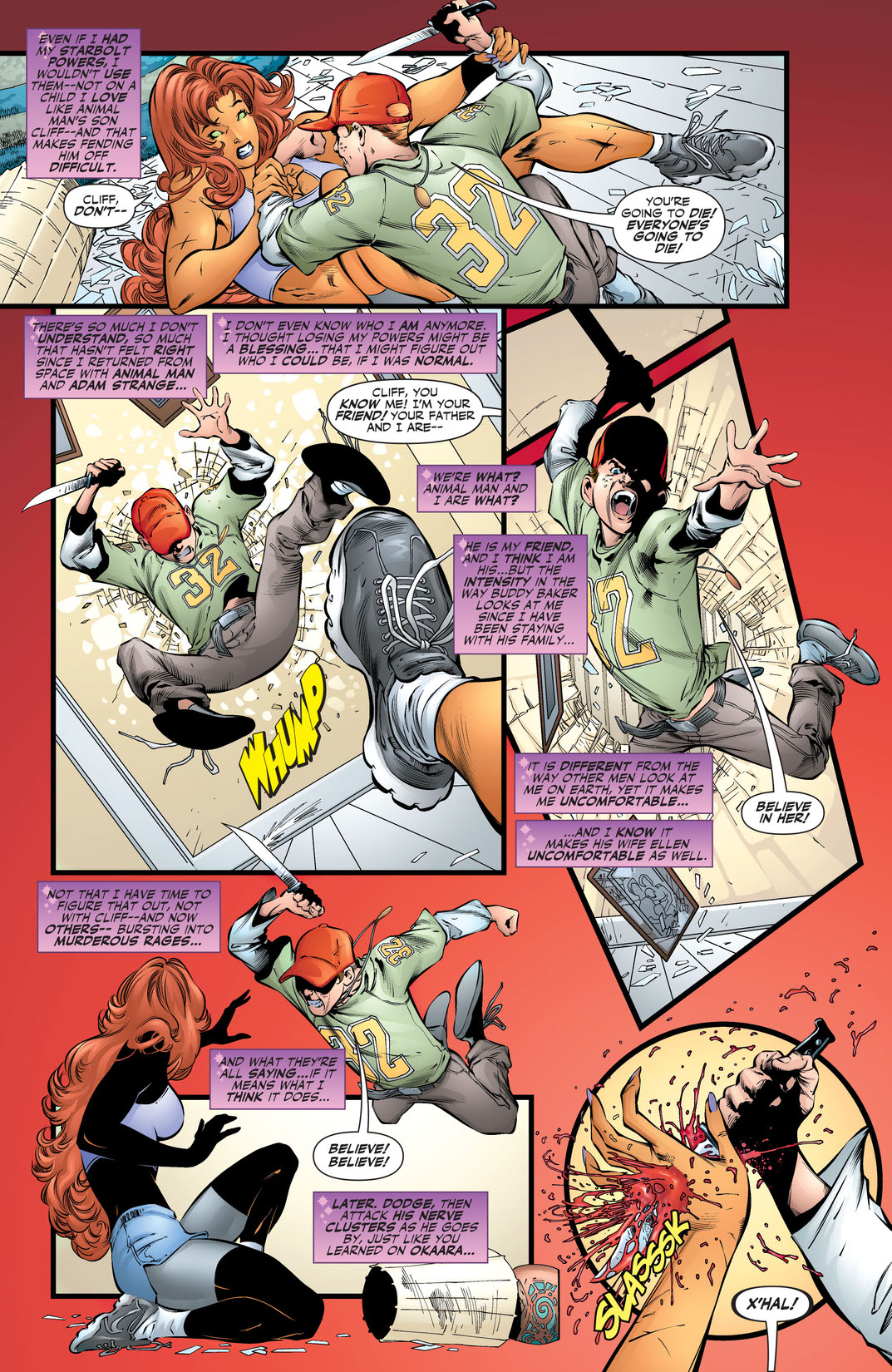 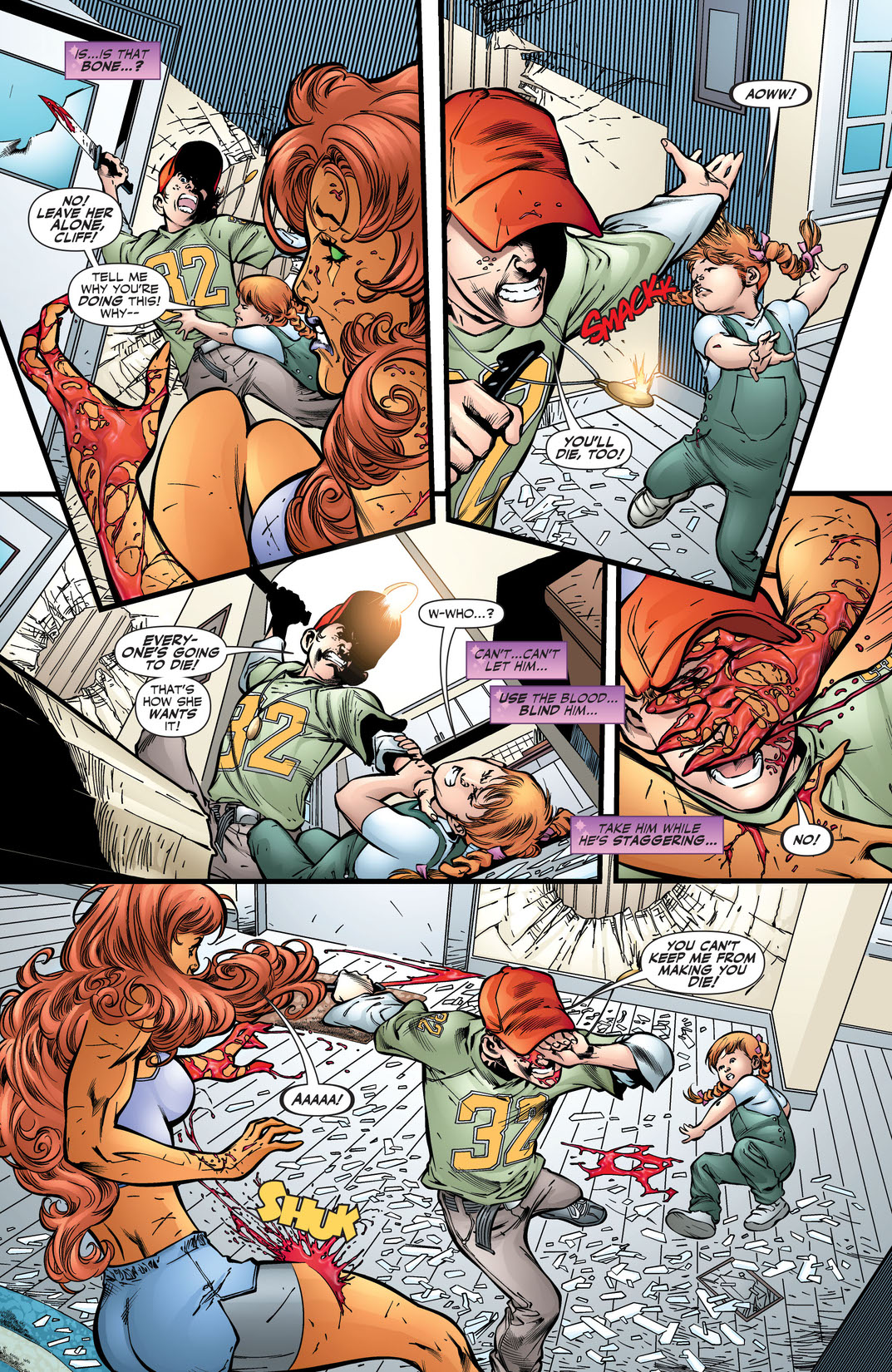 Starfire's powers are still in flux, leaving her defenseless against a new evil that's plaguing Earth! Elsewhere in the Multiverse, in the backup tale, Forerunner faces off against the heroes of a Conjuror's World that include mystic versions of Batman and Superman.