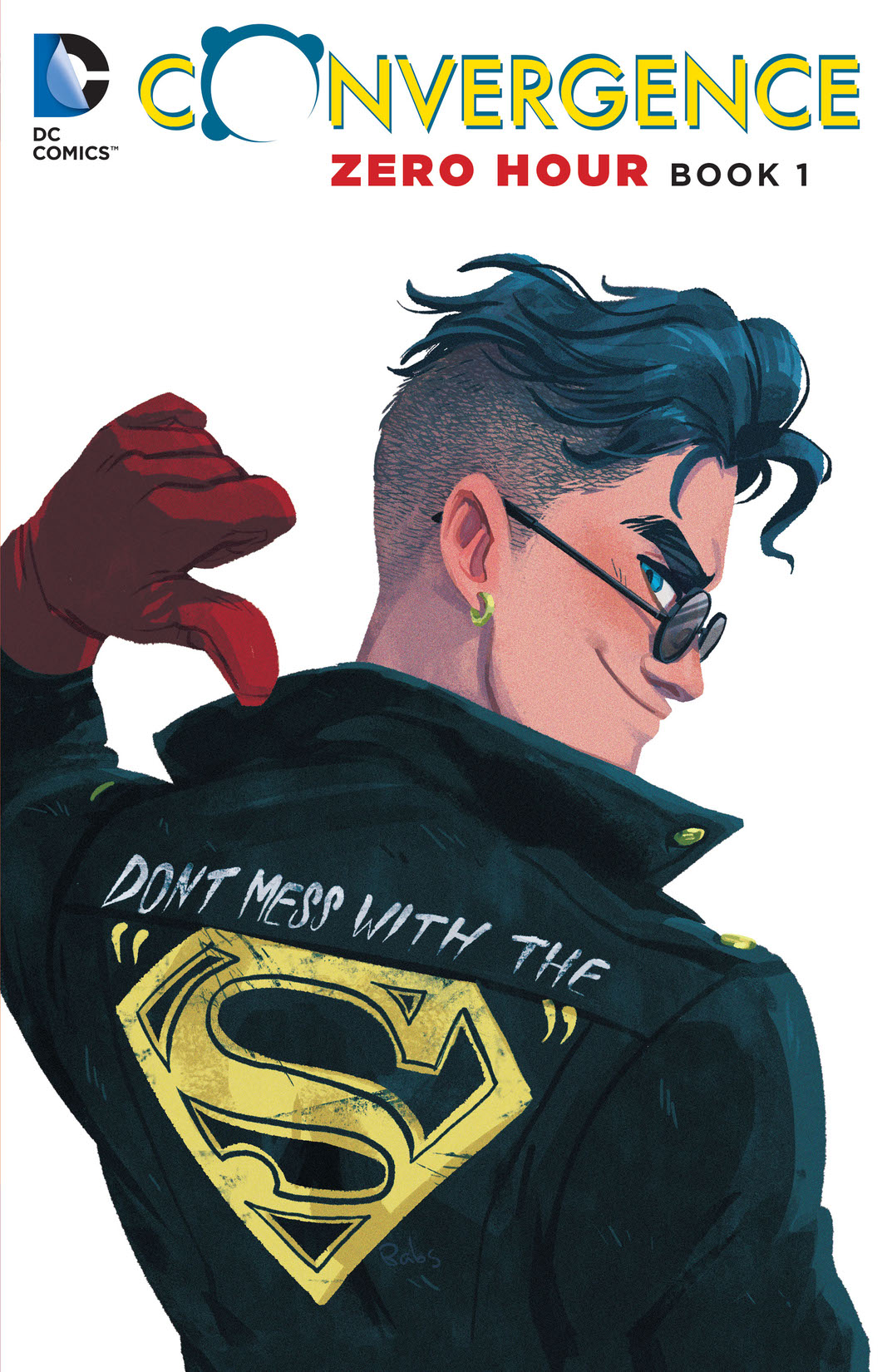 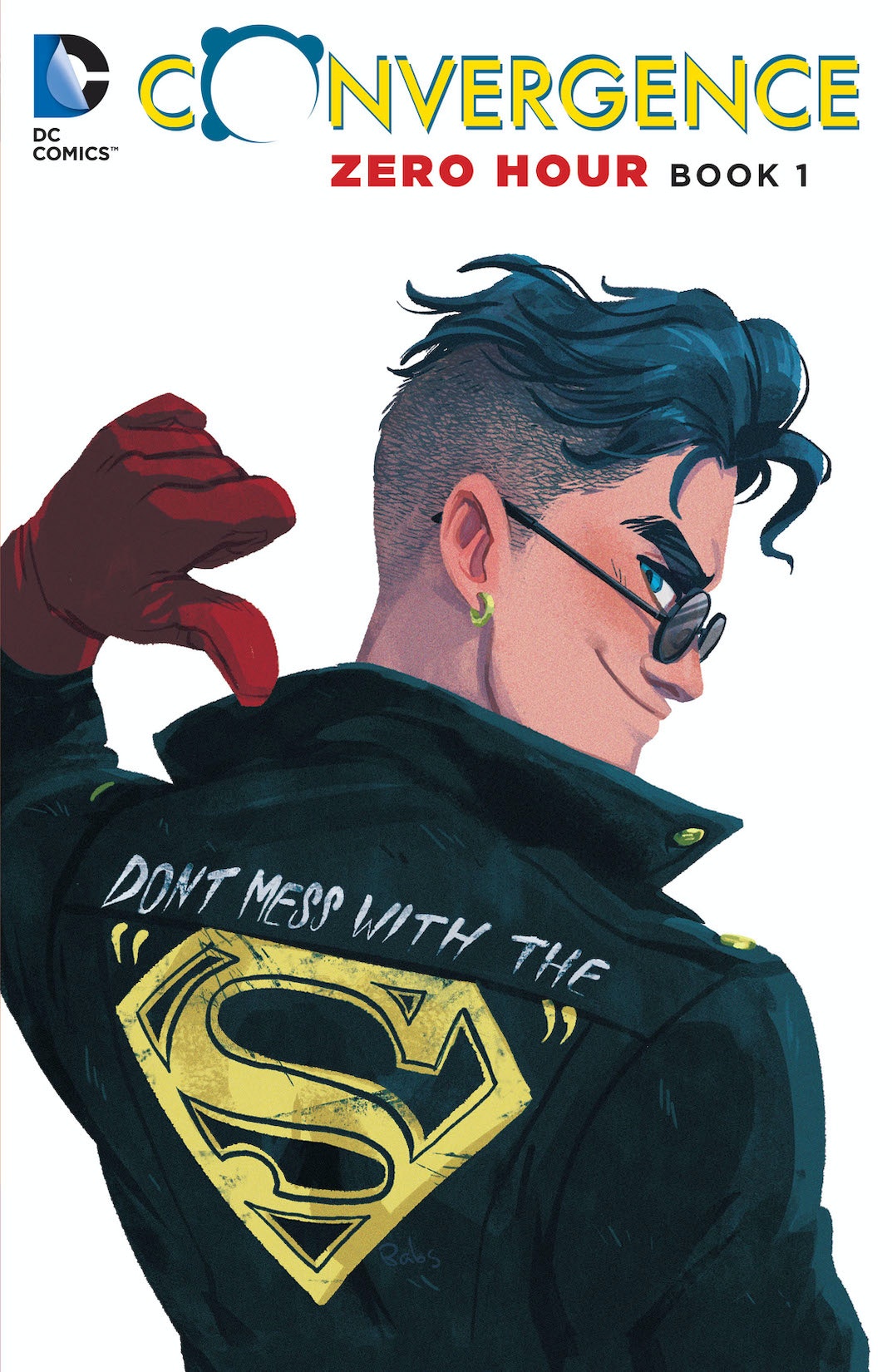 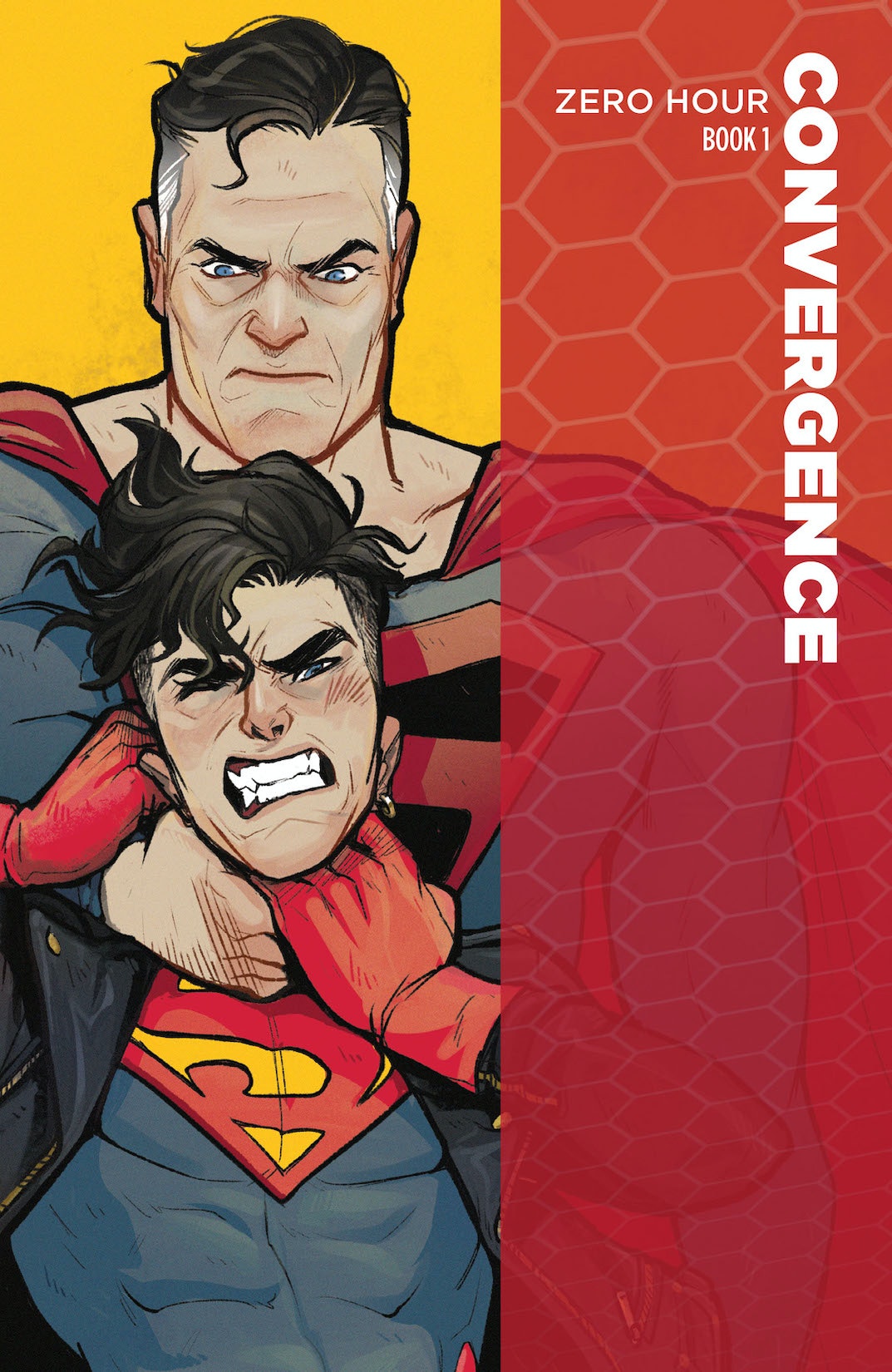 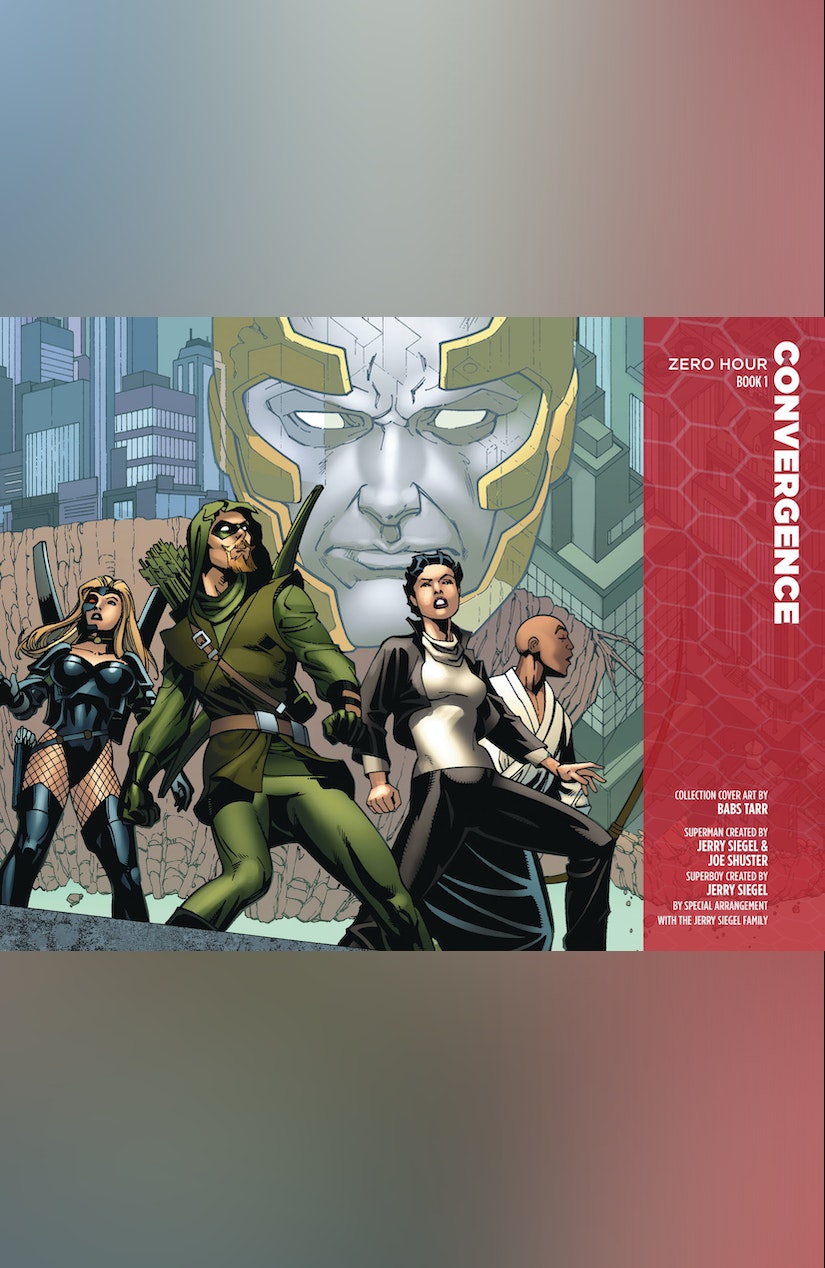 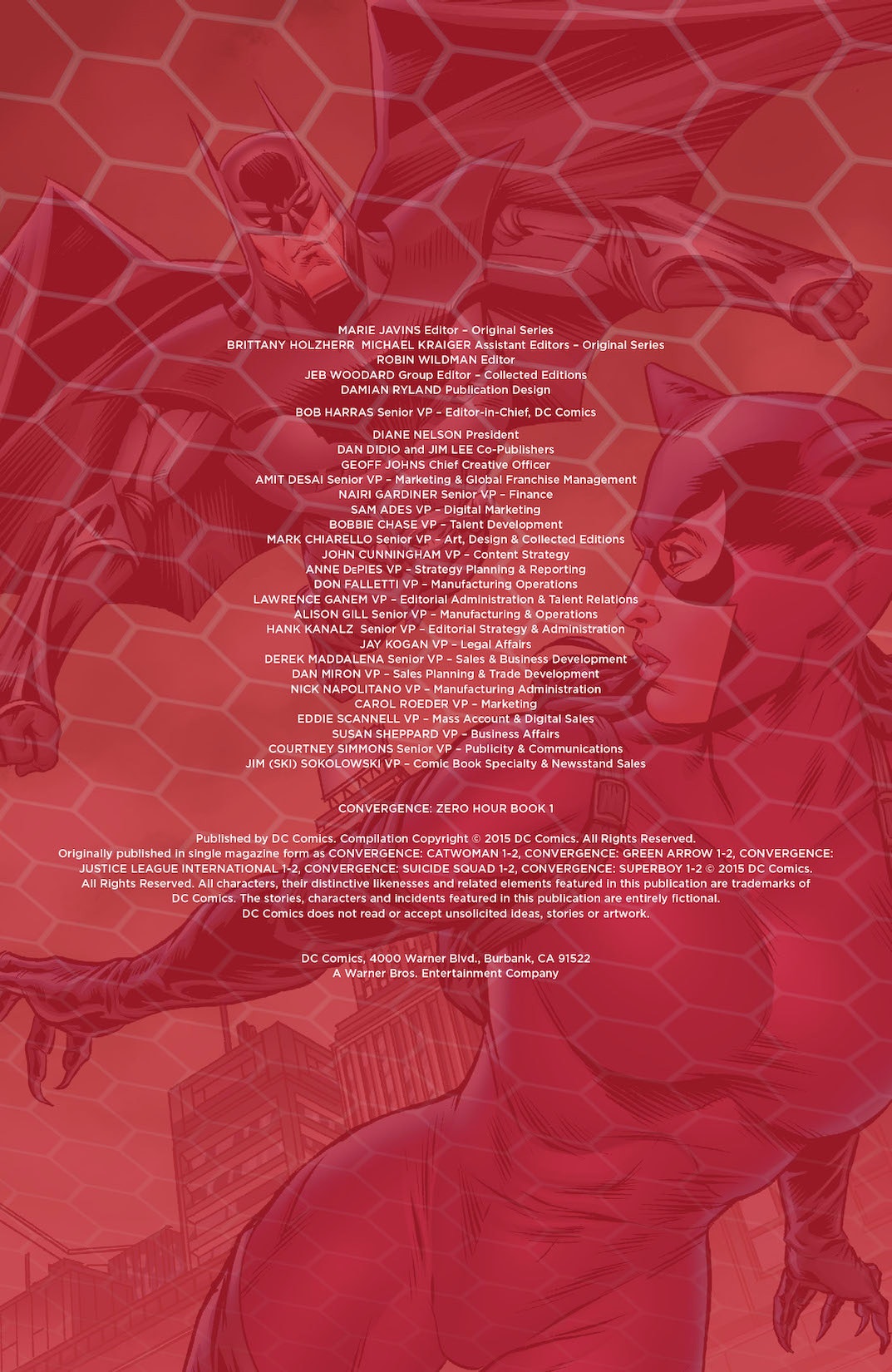 A CONVERGENCE tie-in graphic novel, starring heroes from ZERO HOUR and KINGDOM COME! Once, there were infinite Earths. Then there came a Crisis…a Zero Hour…a Flashpoint. Worlds lived. Worlds died. But some worlds must now fight for their future-in the Convergence! The evil alien intelligence known as Brainiac has stolen 50 doomed cities from throughout time and space and sealed them behind impenetrable domes. Now, after a year, the domes will come down-and the heroes and villains of 50 dead worlds must battle to be the last one standing! In this volume: JUSTICE LEAGUE INTERNATIONAL: It’s no laughing matter as Blue Beetle and Booster Gold lead the team against heavy-hitting heroes from the grim world of Kingdom Come! CATWOMAN: Selina Kyle must defend Gotham City against a Dark Knight like no other-the Kingdom Come Batman! SUPERBOY: The wisecracking Teen of Steel is Metropolis’s only hope against three of Kingdom Come’s greatest warriors: Red Robin, The Flash and Superman himself! GREEN ARROW: The Emerald Archer and his son Connor Hawke must join forces against familiar faces-the Black Canaries of Kingdom Come! SUICIDE SQUAD: Bane and Cyborg Superman, two of the Dark Knight and the Man of Steel’s deadliest foes, spearhead an invasion of Kingdom Come’s Green Lantern stronghold! The heroes and villains of ’90s DC Universe battle against one of the greatest Elseworlds tales ever told in CONVERGENCE: ZERO HOUR VOL. 1!