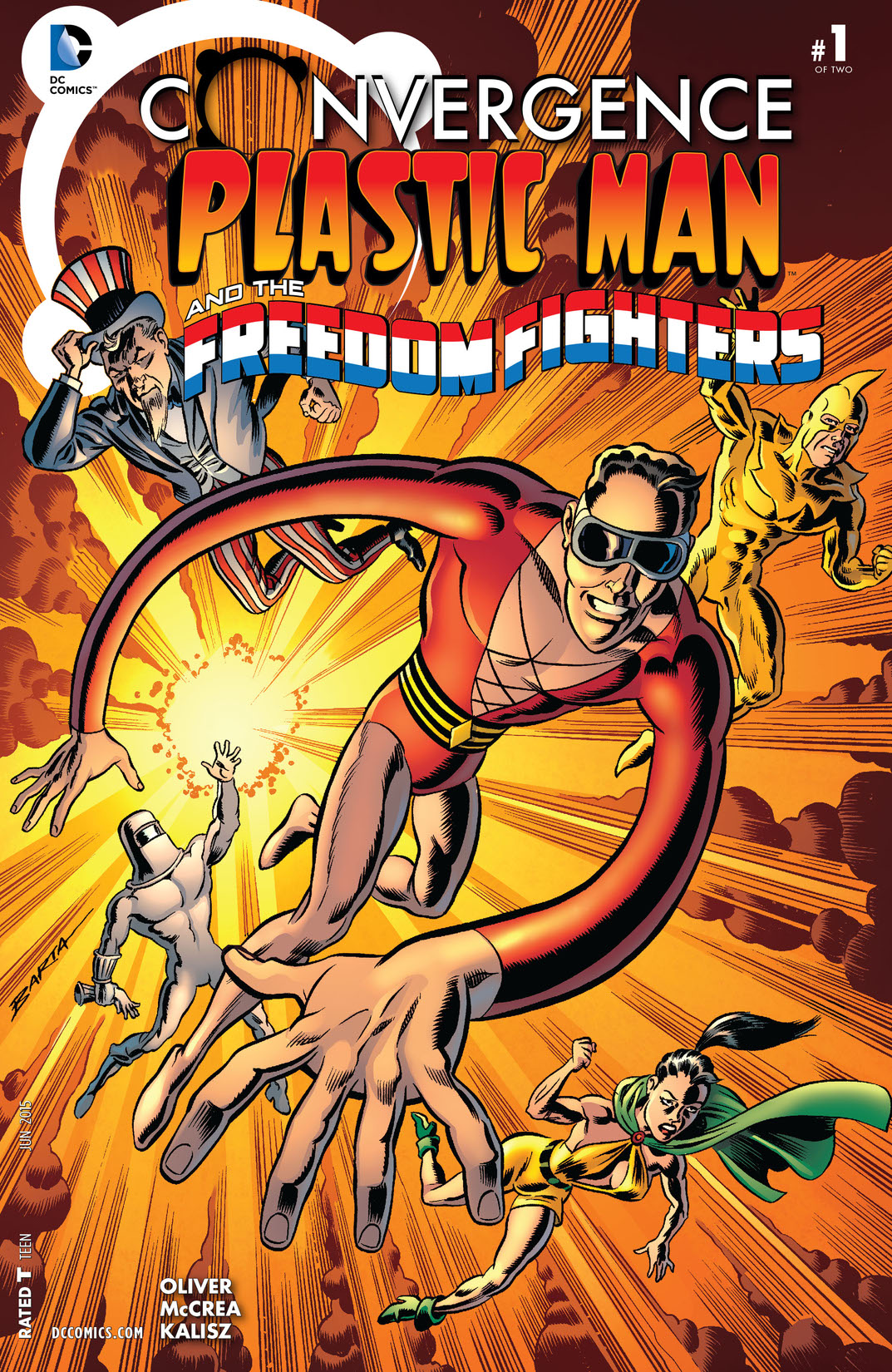 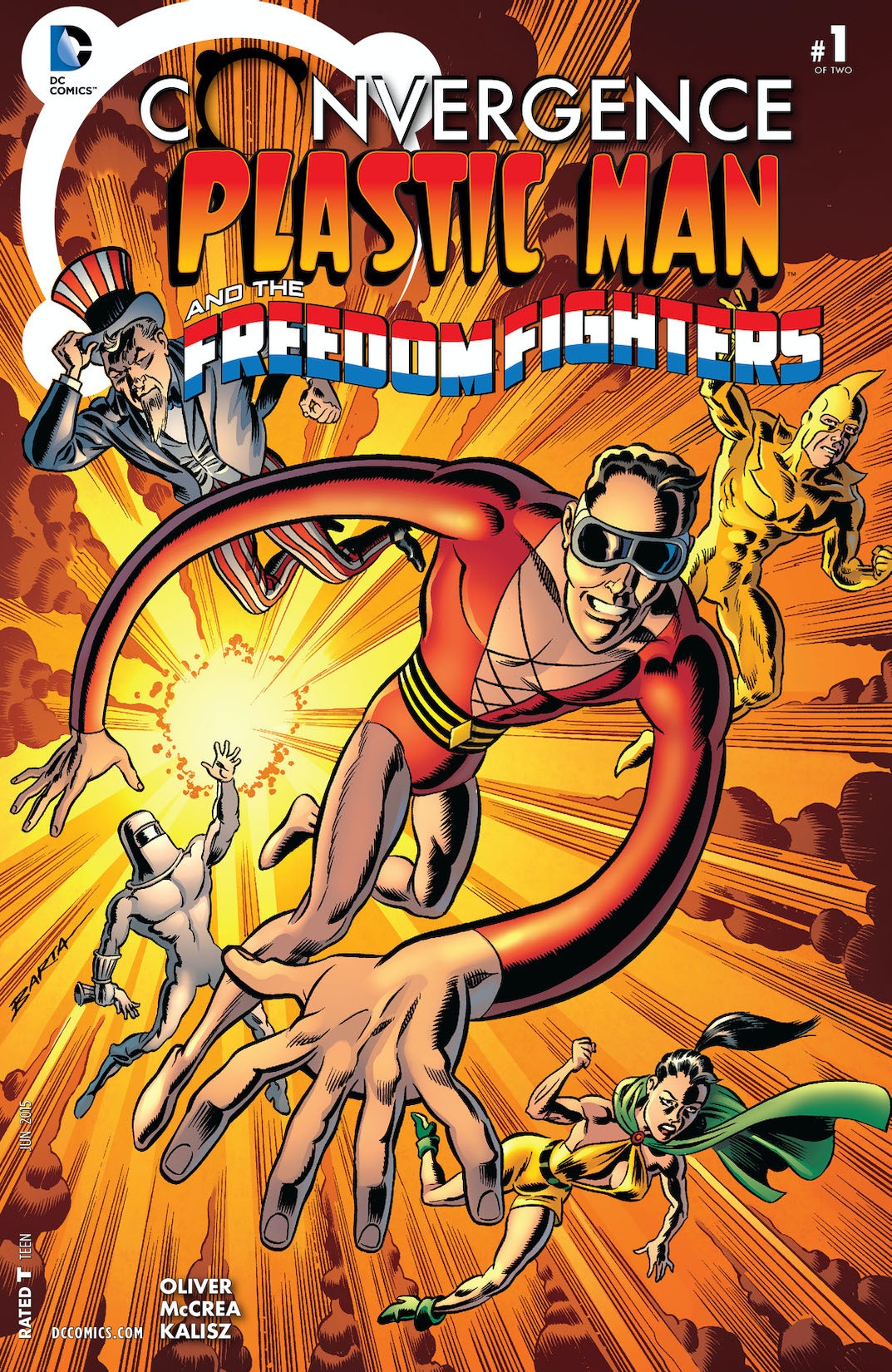 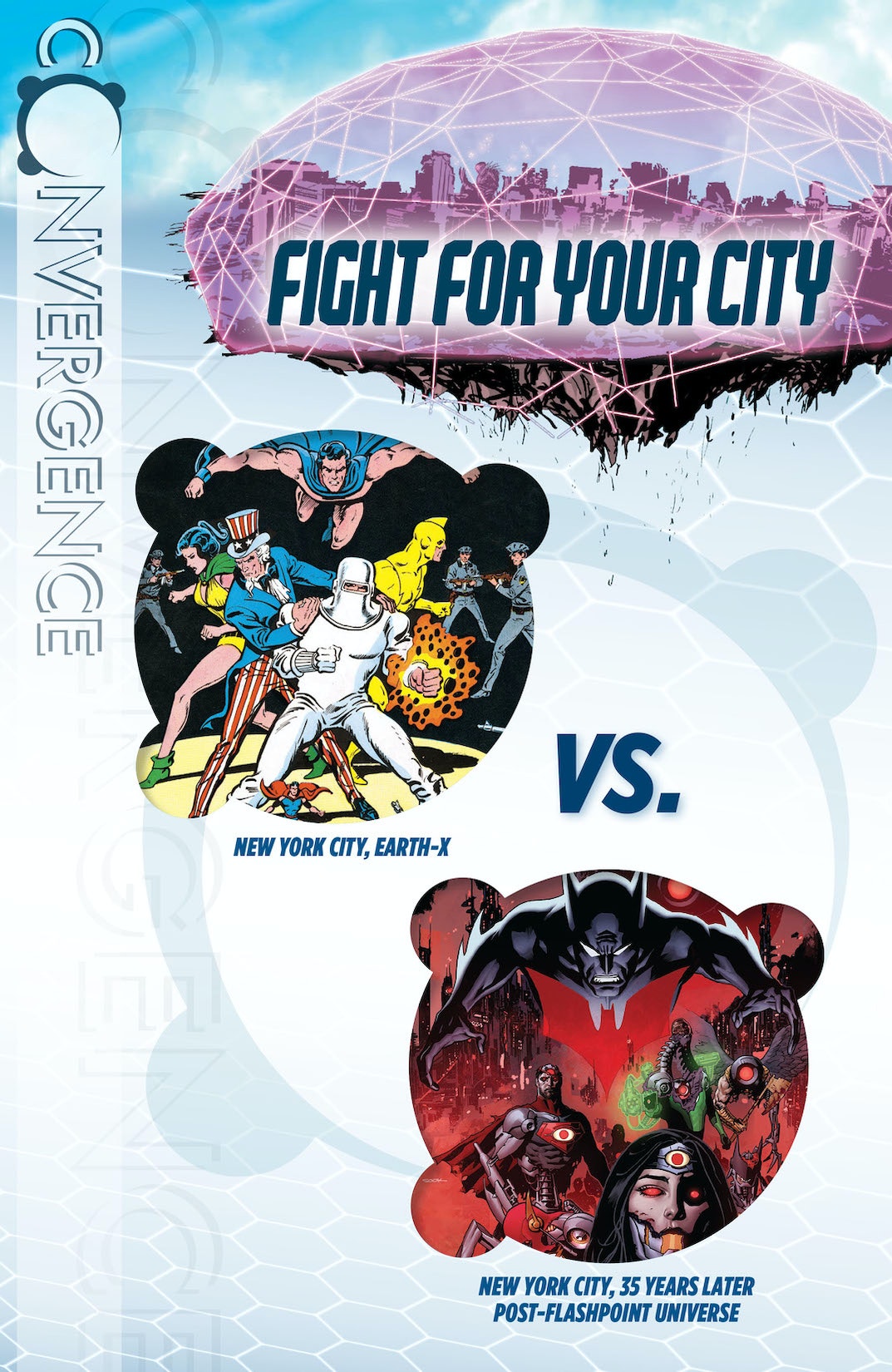 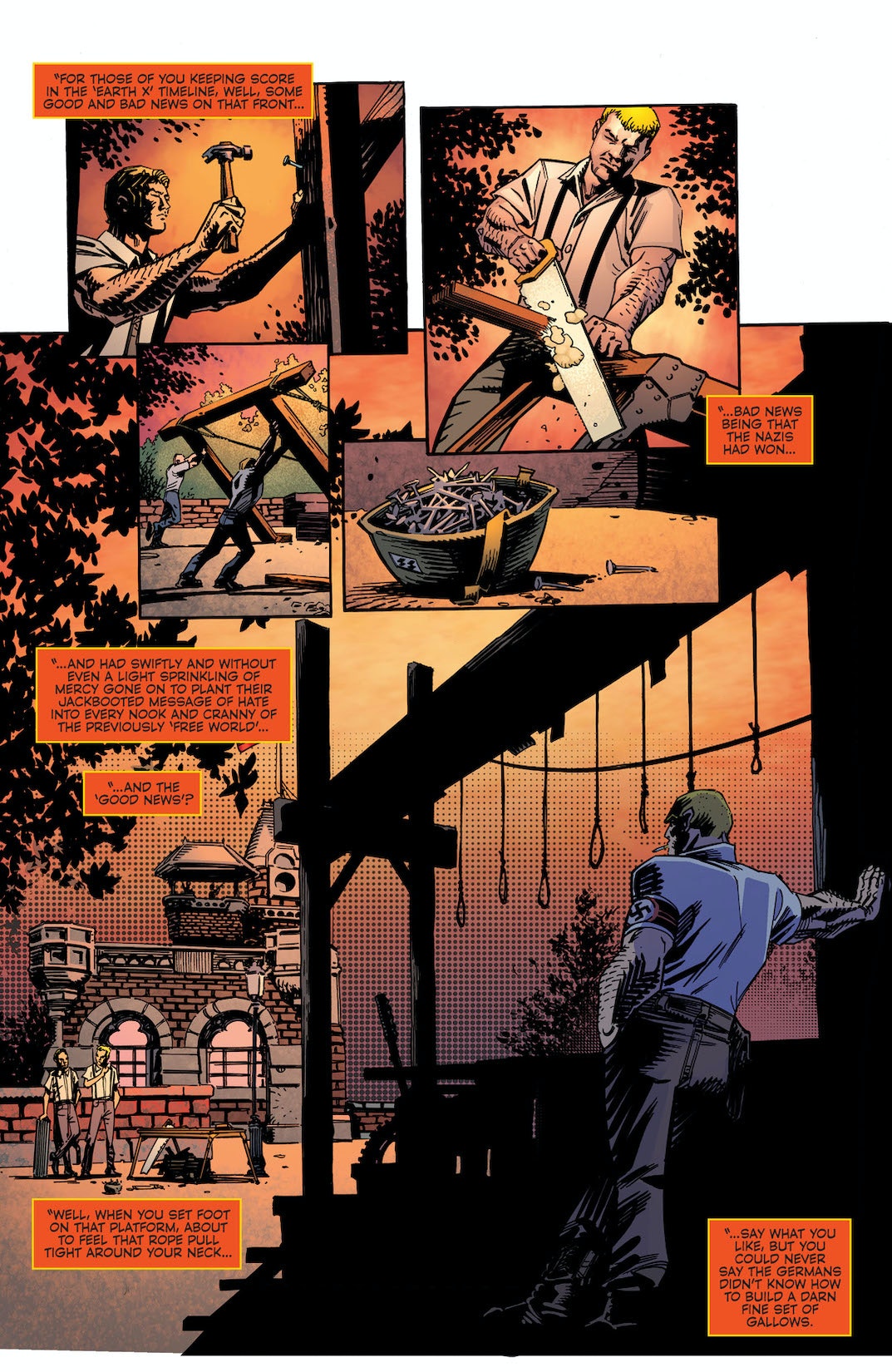 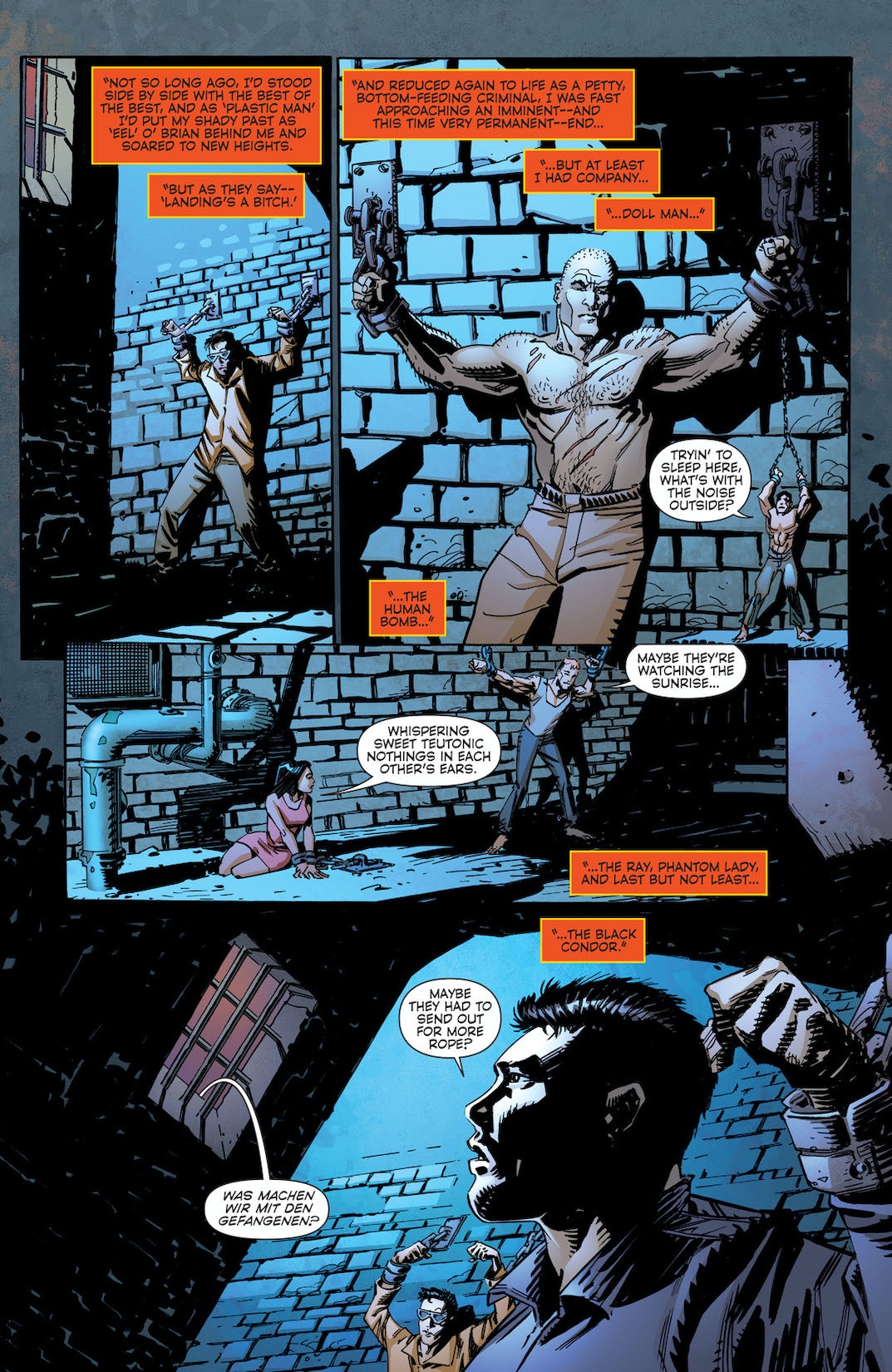 STARRING HEROES FROM CRISIS ON INFINITE EARTHS! You have to see this story to believe it! Plastic Man and the Freedom Fighters are on the gallows in a New York City taken over by Nazis, when robot super heroes attack from Futures End and enemies become allies.