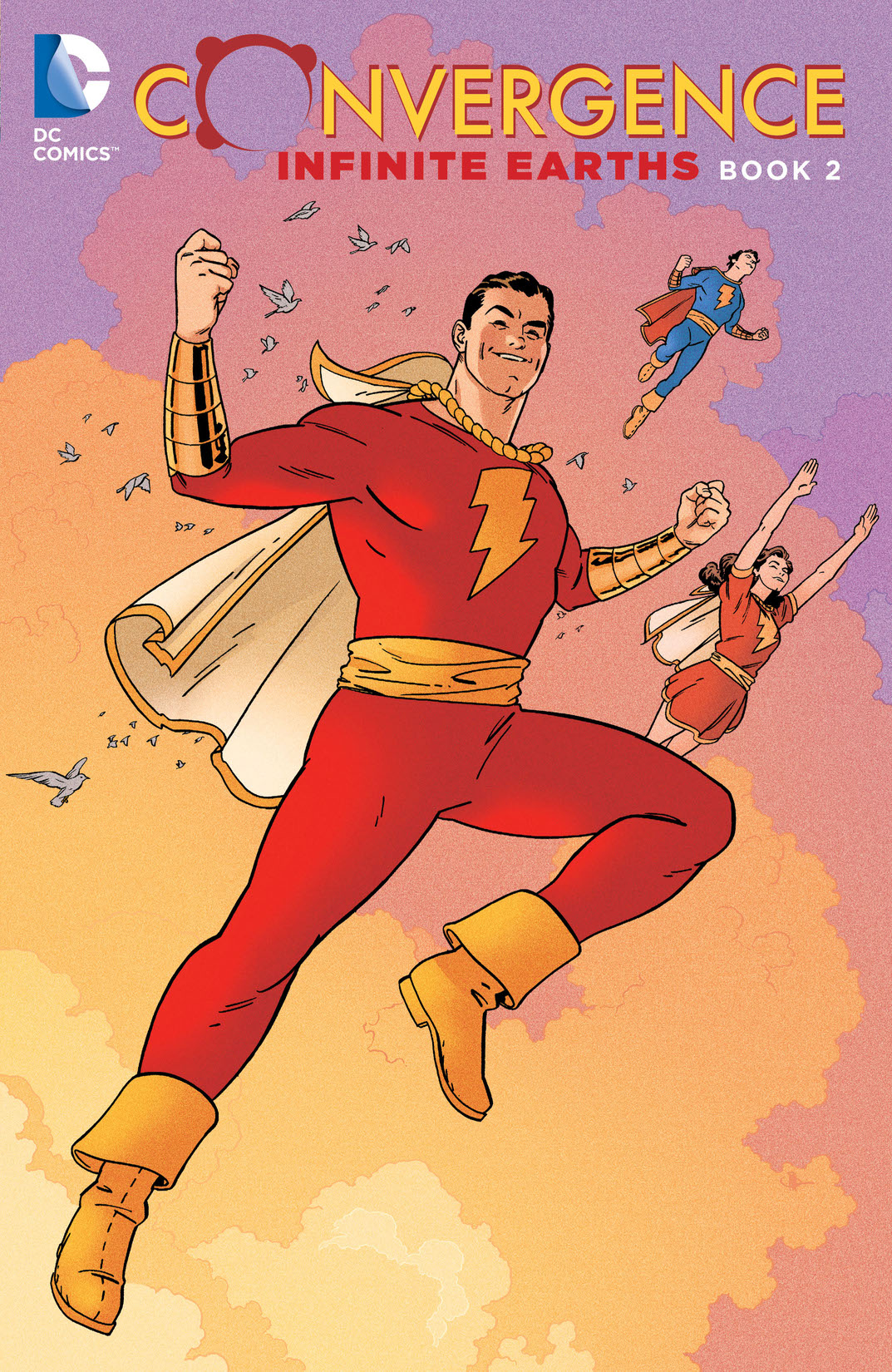 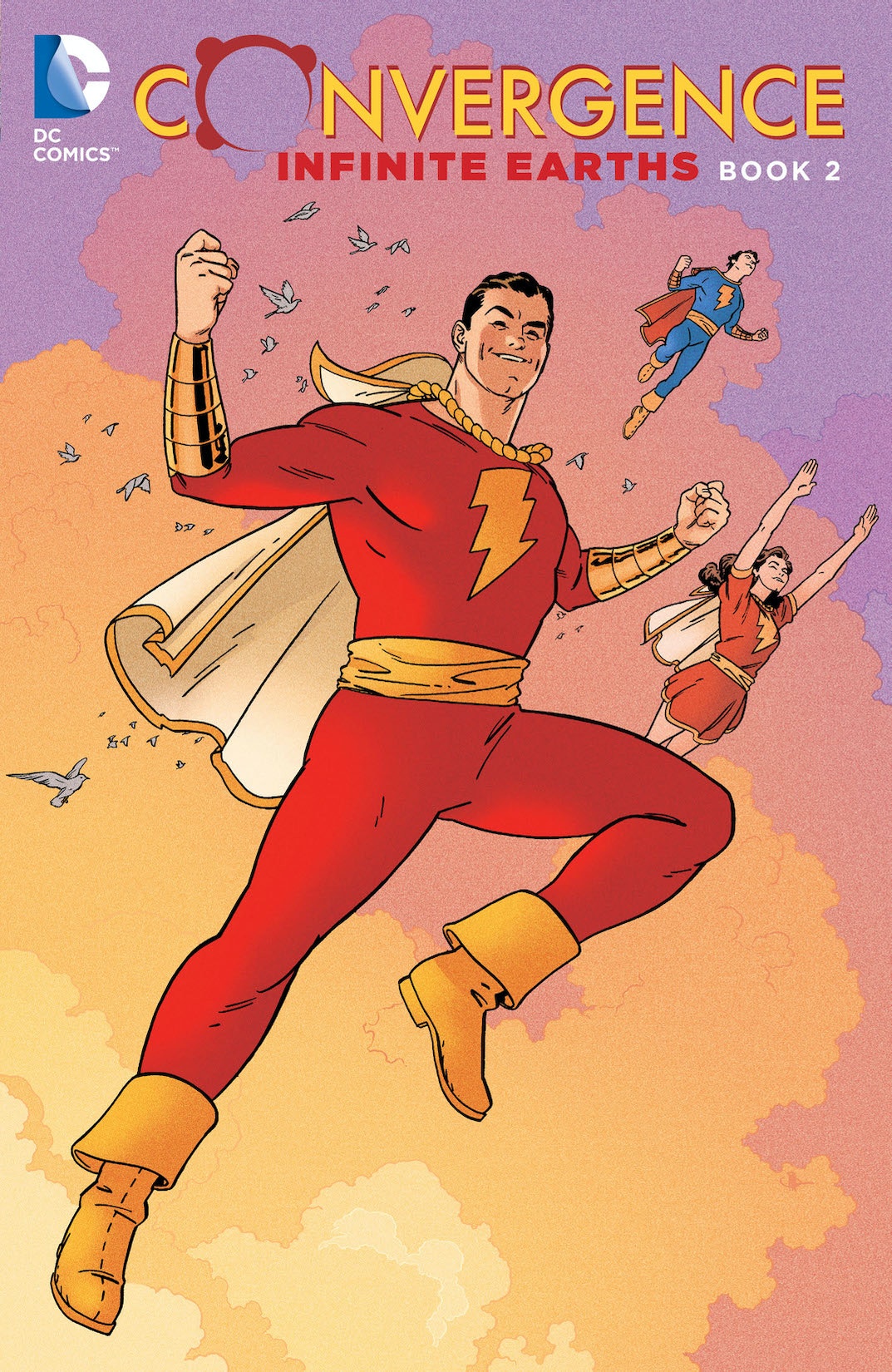 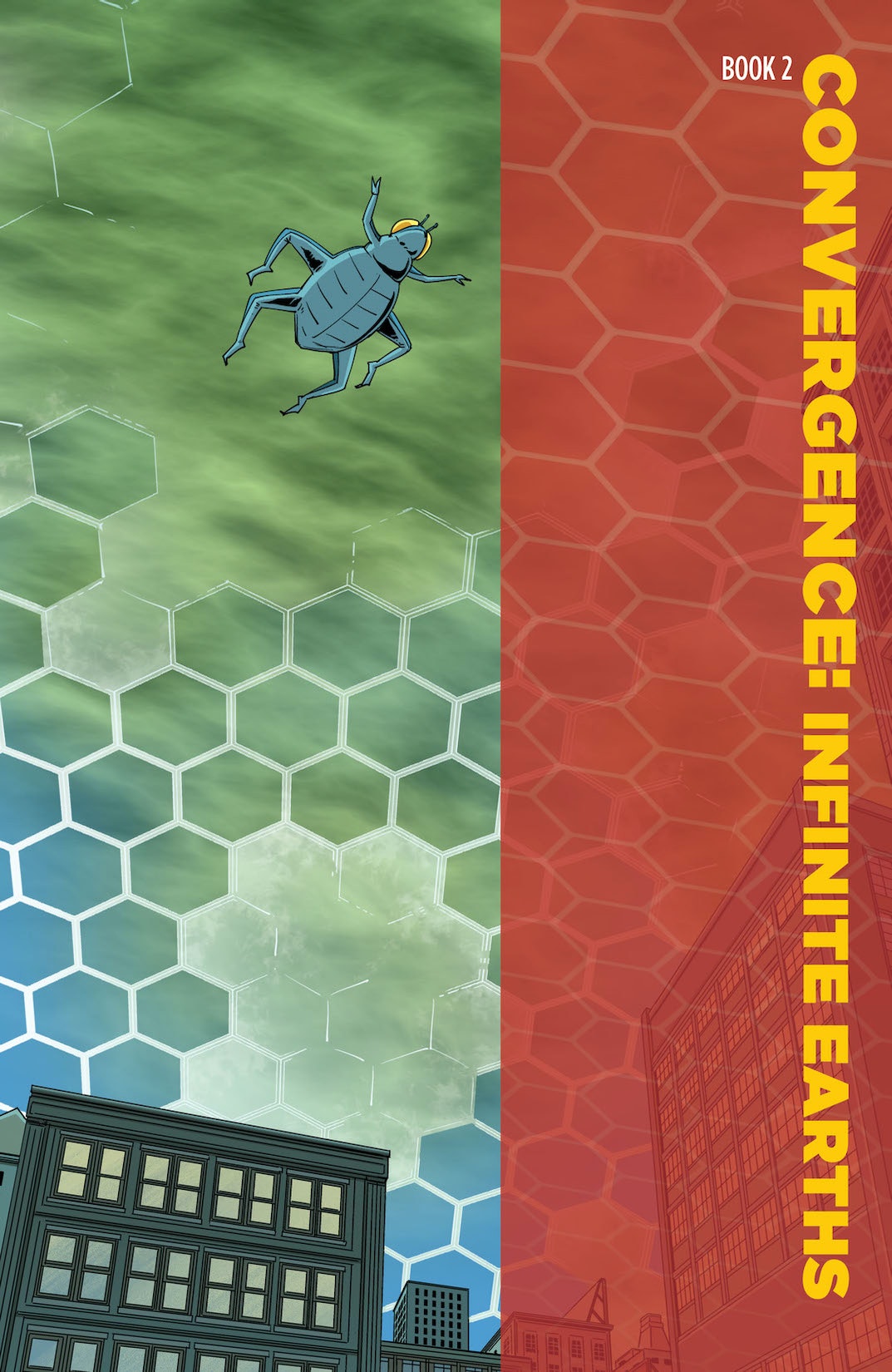 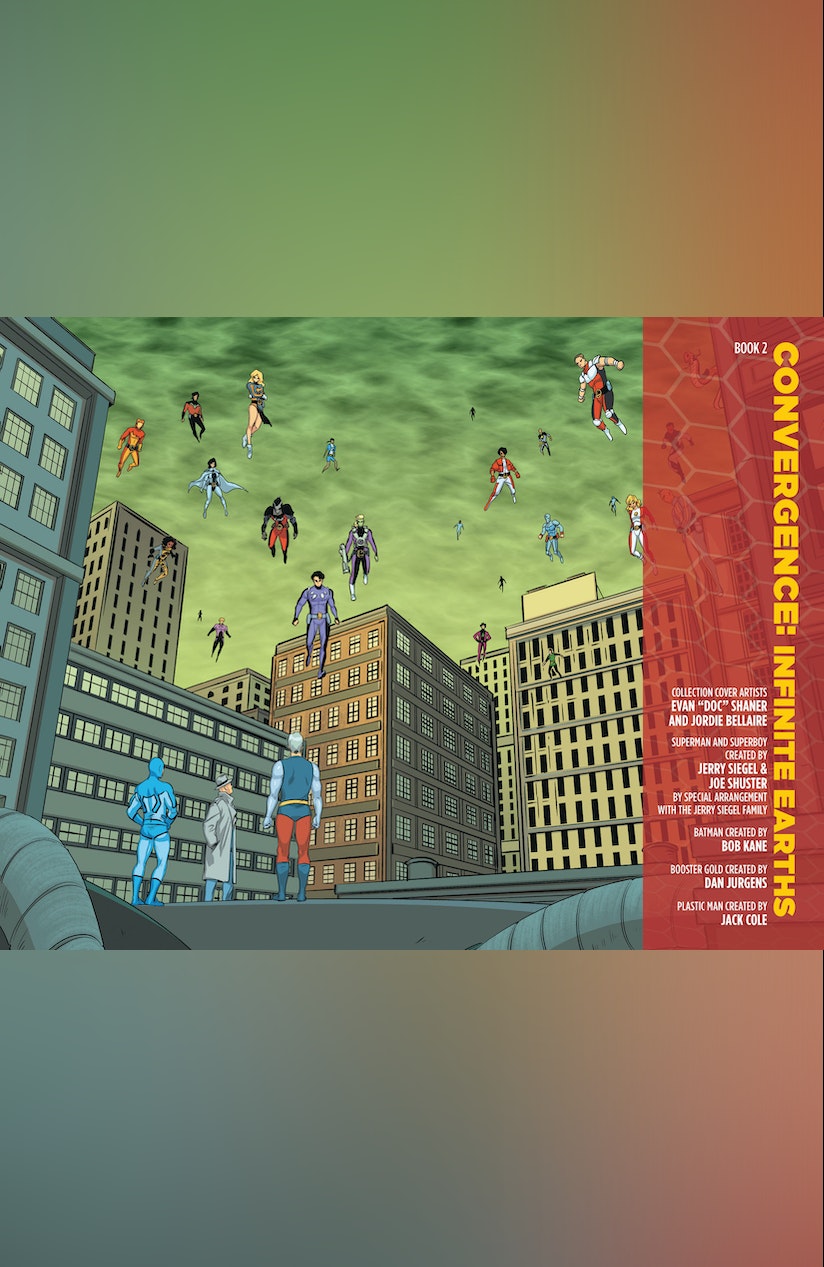 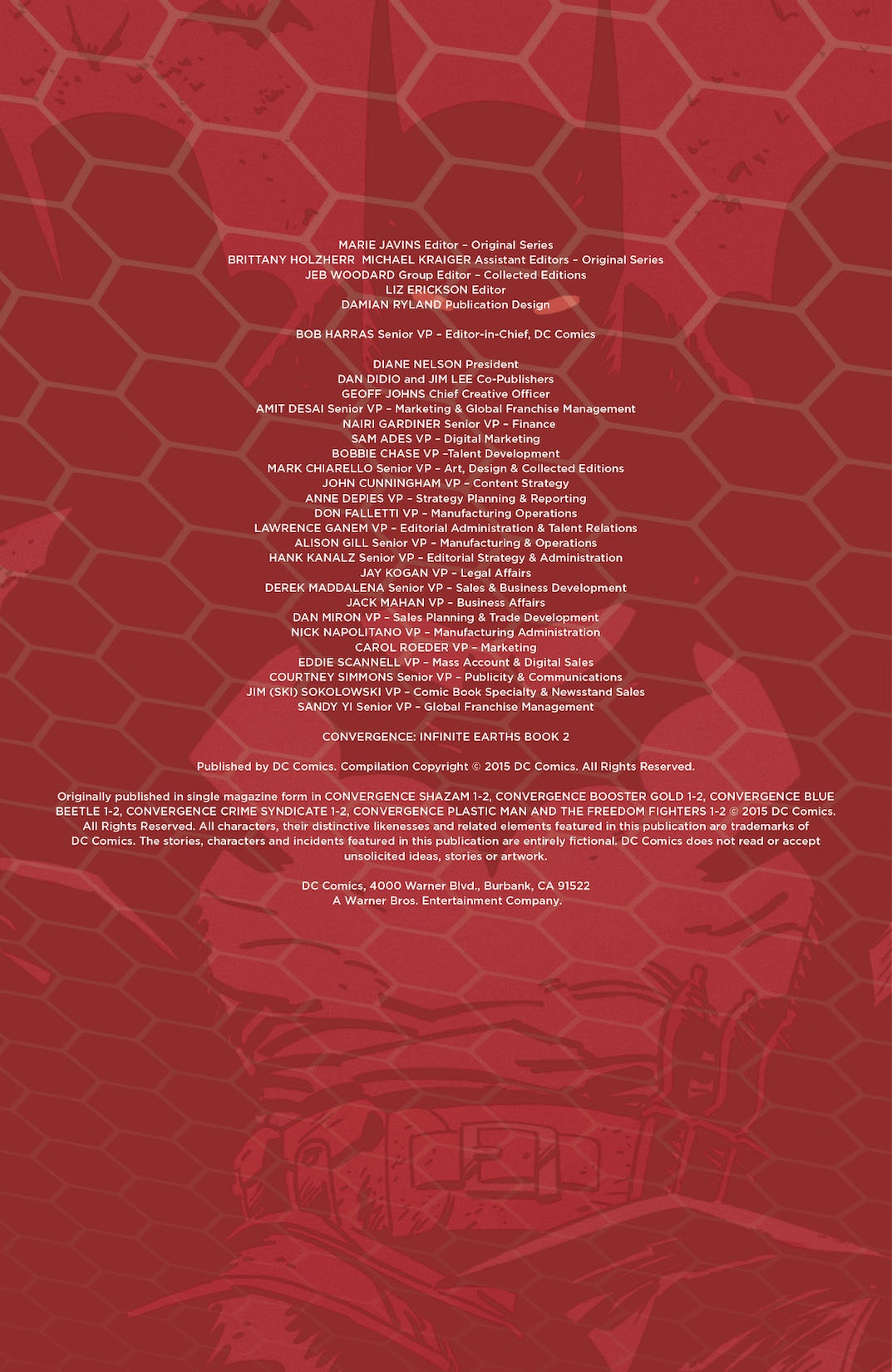 A CONVERGENCE tie-in graphic novel, starring heroes from CRISIS ON INFINITE EARTHS! Once, there were infinite Earths. Then there came a Crisis…a Zero Hour…a Flashpoint. Worlds lived. Worlds died. But some worlds must now fight for their future-in the Convergence! The evil alien intelligence known as Brainiac has stolen 50 domed cities from throughout time and space and sealed them behind impenetrable domes. Now, after a year, the domes will come down-and the heroes and villains of 50 dead worlds must battle to be the last one standing! In this volume: SHAZAM: It’s Shazam vs. steampunk as the Captain Marvel family faces an invasion by the world of Gotham by Gaslight! BOOSTER GOLD: When time-displaced heroes collide! Booster, Rip Hunter and the Time Masters face off against Superboy & the Legion of Super-Heroes with the entire Convergence hanging in the balance! BLUE BEETLE: The heroes of Hub City-Blue Beetle, Captain Atom and the Question-stand watch against an entire army of Legionnaires! CRIME SYNDICATE: The evil equivalents of the world’s most powerful heroes rule their city with an iron fist-until the mind-blowing super-beings of DC One Million arrive to topple their tyranny! PLASTIC MAN AND THE FREEDOM FIGHTERS: In a world where World War II ended in America’s defeat, the few heroes left standing are about to fall before the Nazi regime-until the killer cyborg superheroes of Futures End attack! Superheroes from the Multiverse’s most unique worlds and far-flung eras battle some of its most ruthless villains in CONVERGENCE: INFINITE EARTHS BOOK 2!