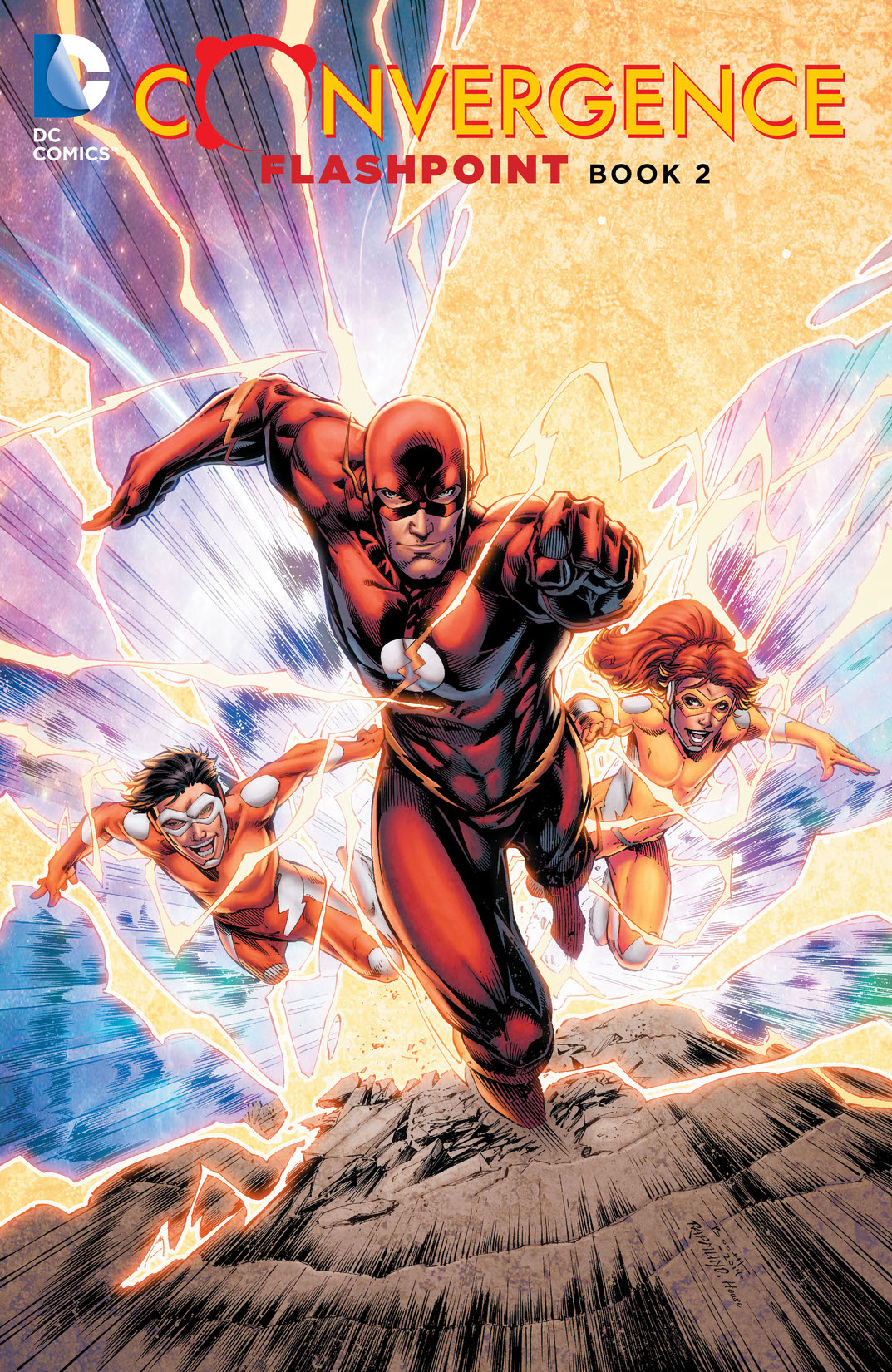 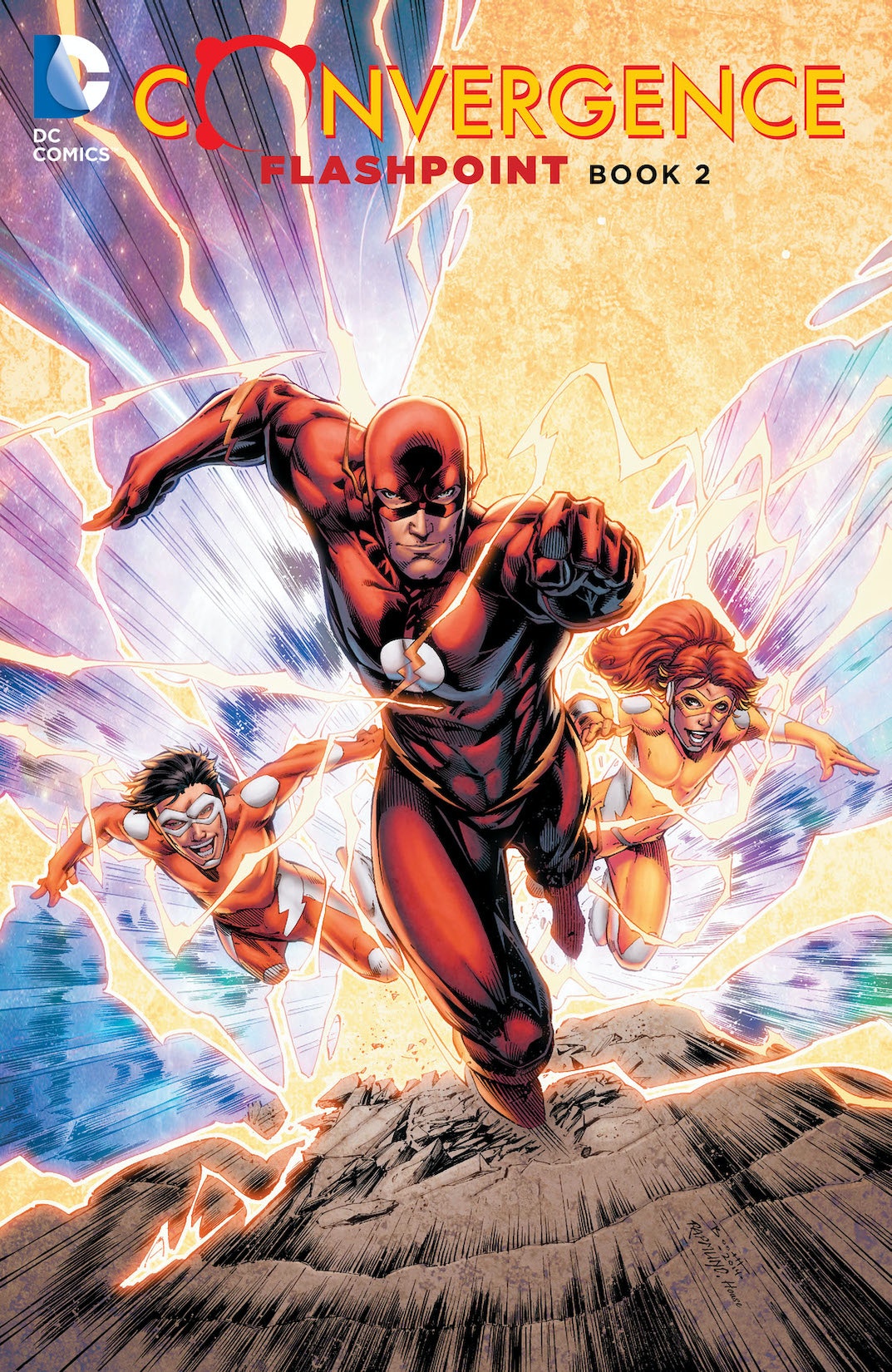 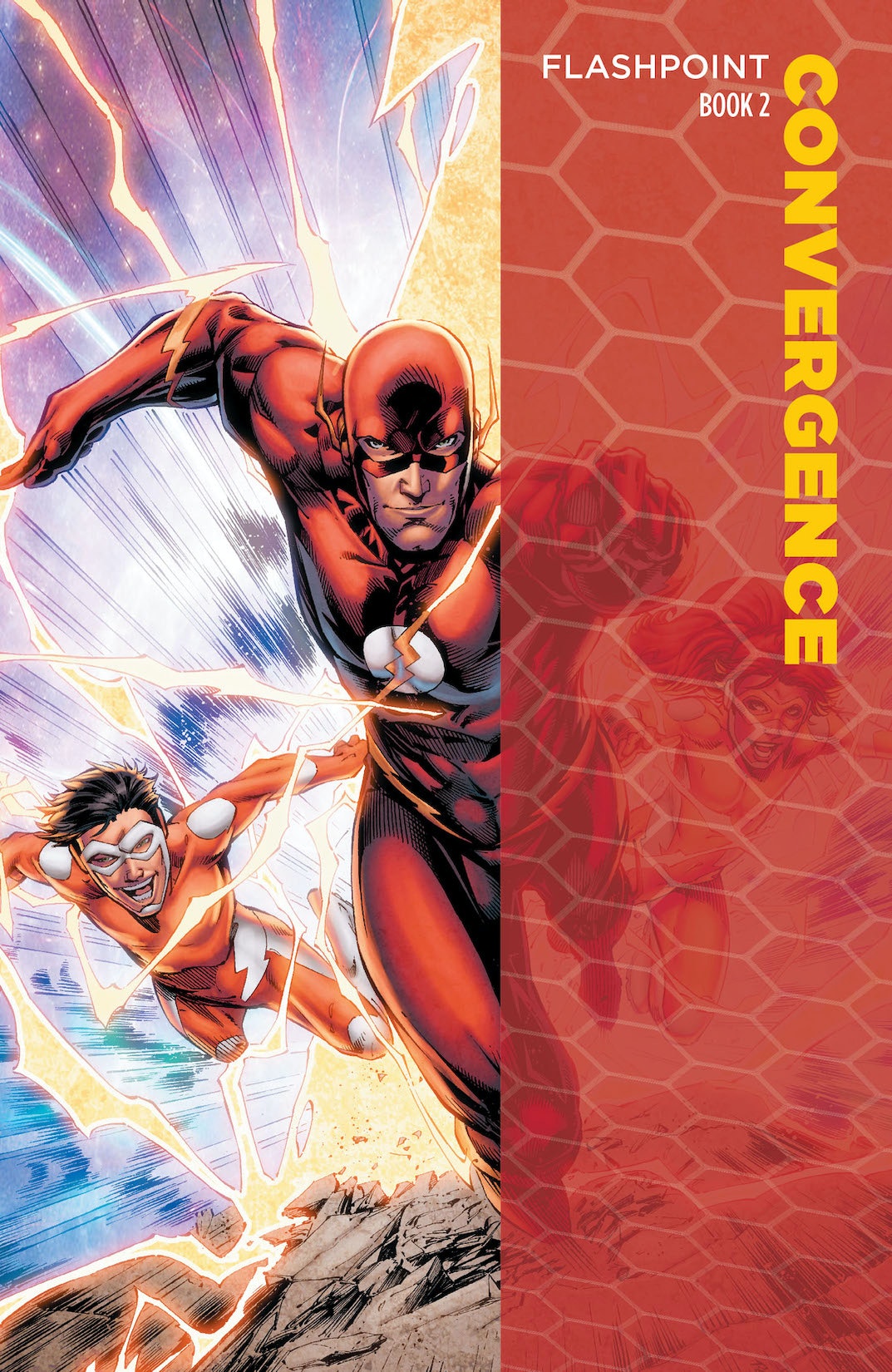 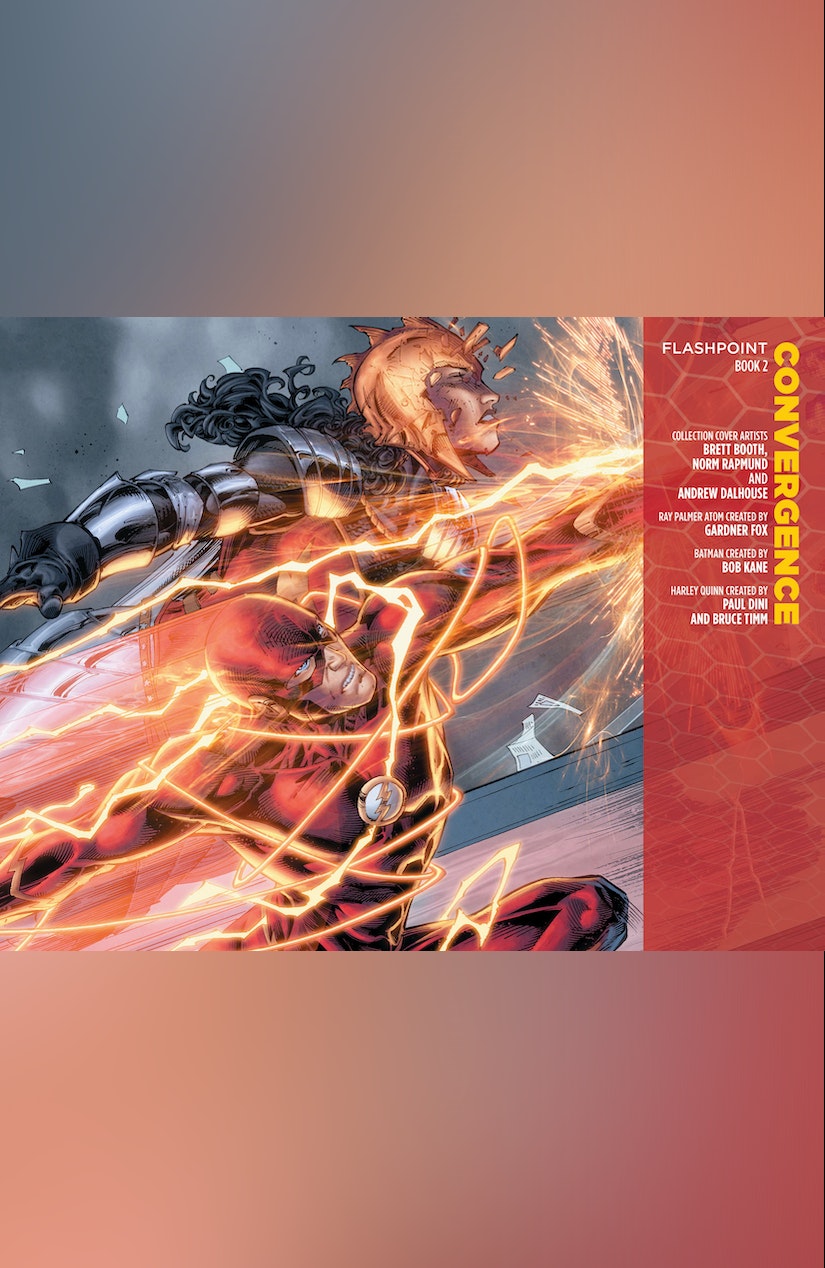 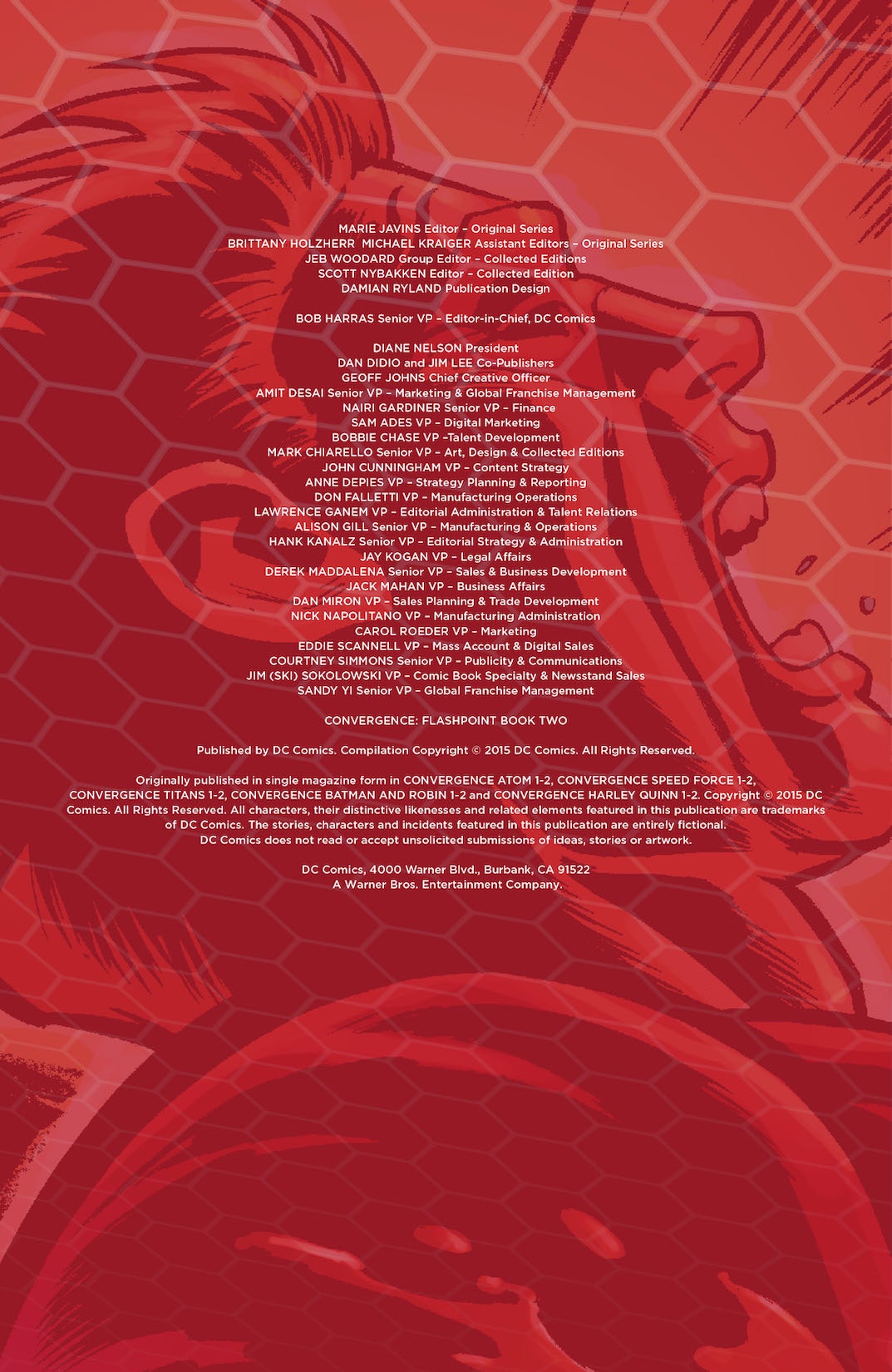 A CONVERGENCE tie-in graphic novel! Once, there were infinite Earths. Then there came a Crisis…a Zero Hour…a Flashpoint. Worlds lived. Worlds died. But some worlds must now fight for their future-in the Convergence! The evil alien intelligence known as Brainiac has stolen 50 doomed cities from throughout time and space and sealed them behind impenetrable domes. Now, after a year, the domes will come down-and the heroes and villains of 50 dead worlds must battle to be the last one standing! In this volume: THE ATOM: It’s atomic fusion as Ray Palmer joins forces with Ryan Choi against the man who killed him-Deathstroke the Terminator! SPEED FORCE: Wally West leads the Flash family in a race to protect their city against the onslaught of Flashpoint’s warmongering Wonder Woman! THE TITANS: With their team in tatters, Starfire, Donna Troy and Arsenal are the last line of defense against the world-conquering Extremists! BATMAN AND ROBIN: It’s up to a dysfunctional Bat-family-the Dark Knight Detective, his son Damian, and his prodigal protégé Jason Todd-to stop an Extremist invasion of Gotham City! HARLEY QUINN: When the going gets tough, the tough get crazy-which is why Harley Quinn is teaming with Poison Ivy and Catwoman against Captain Carrot and his Amazing Zoo Crew! The legends of the pre-Flashpoint DC Universe make a last stand against threats from worlds both brutal and bizarre in CONVERGENCE: FLASHPOINT BOOK TWO!