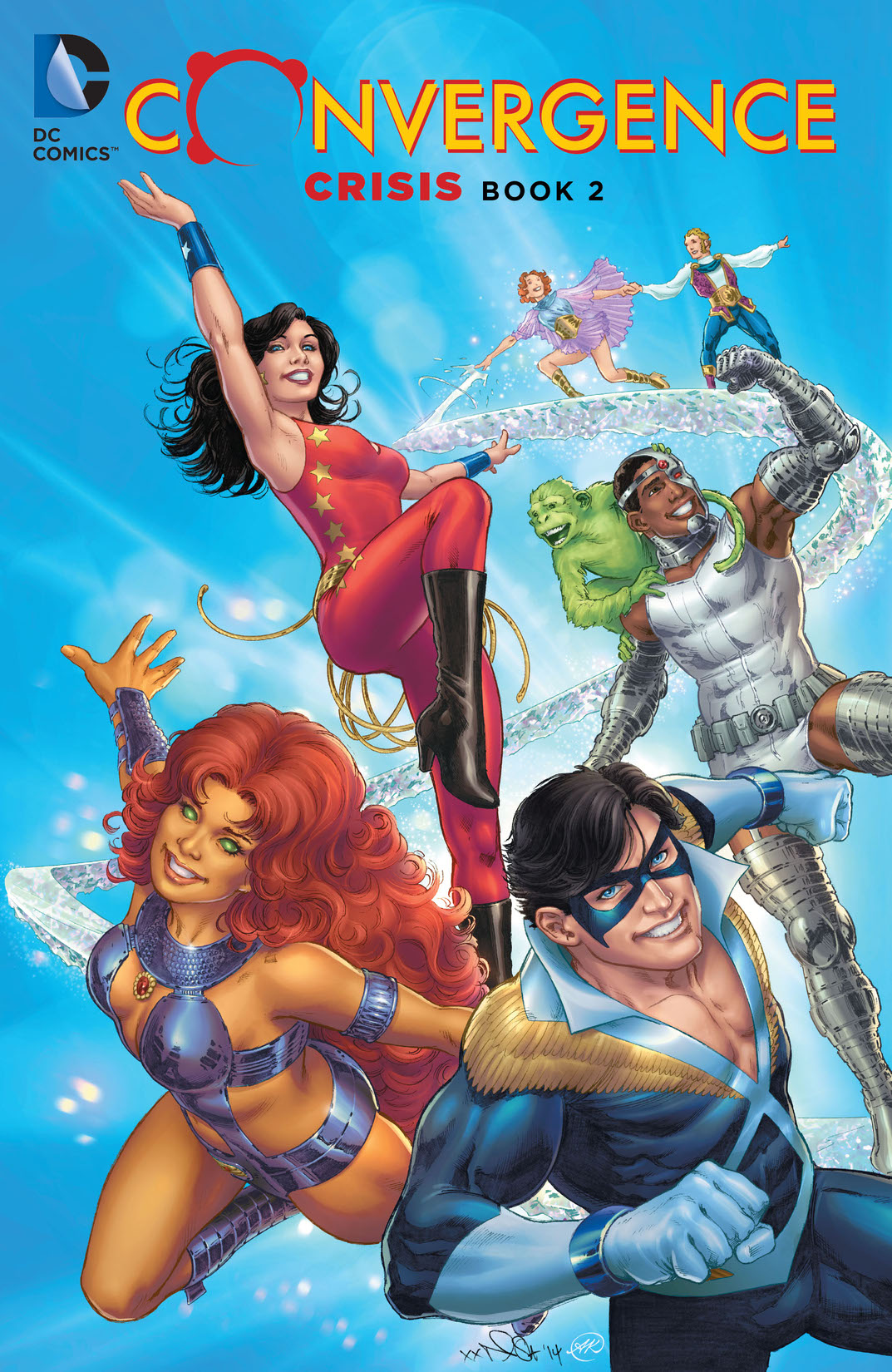 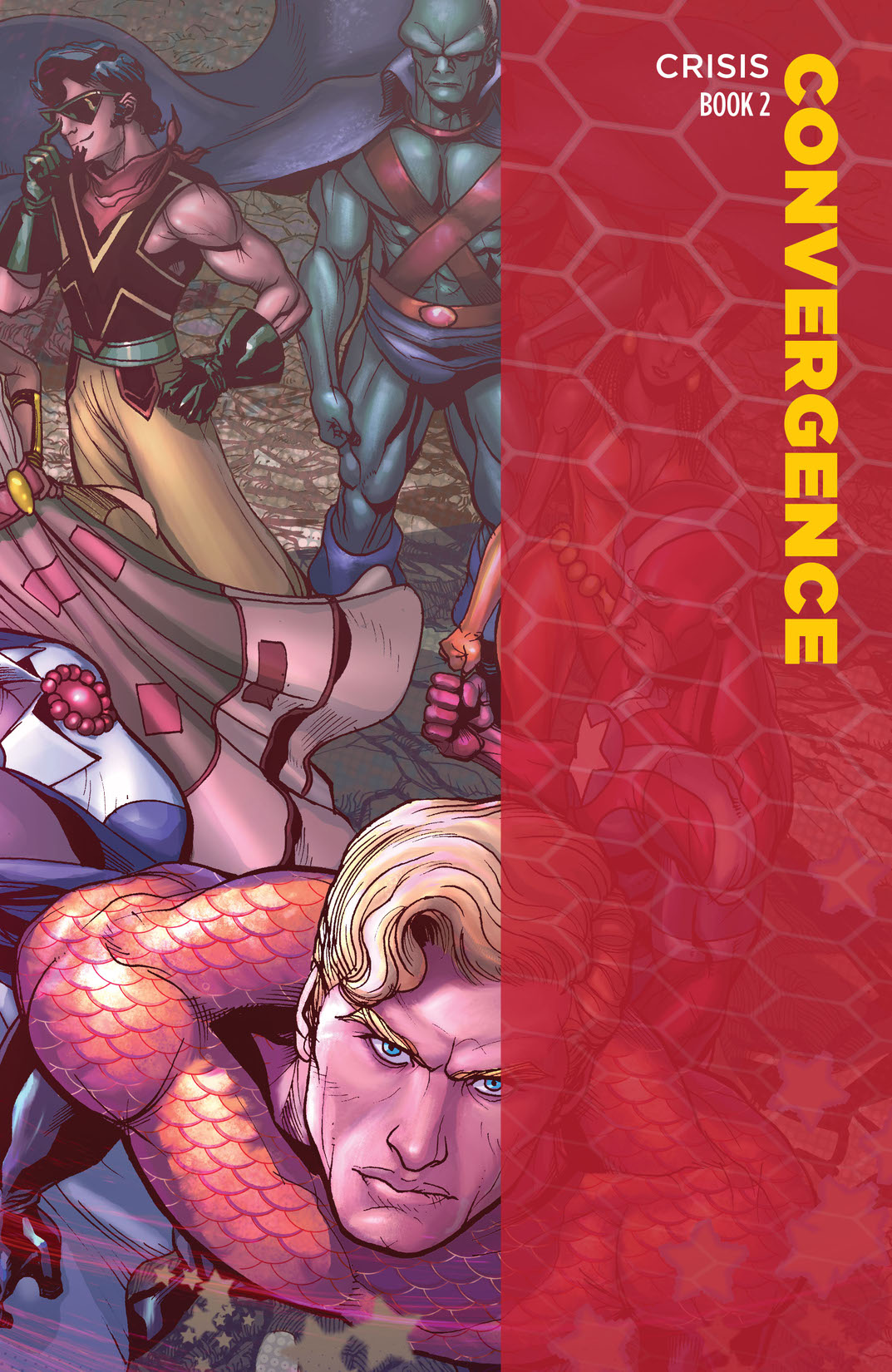 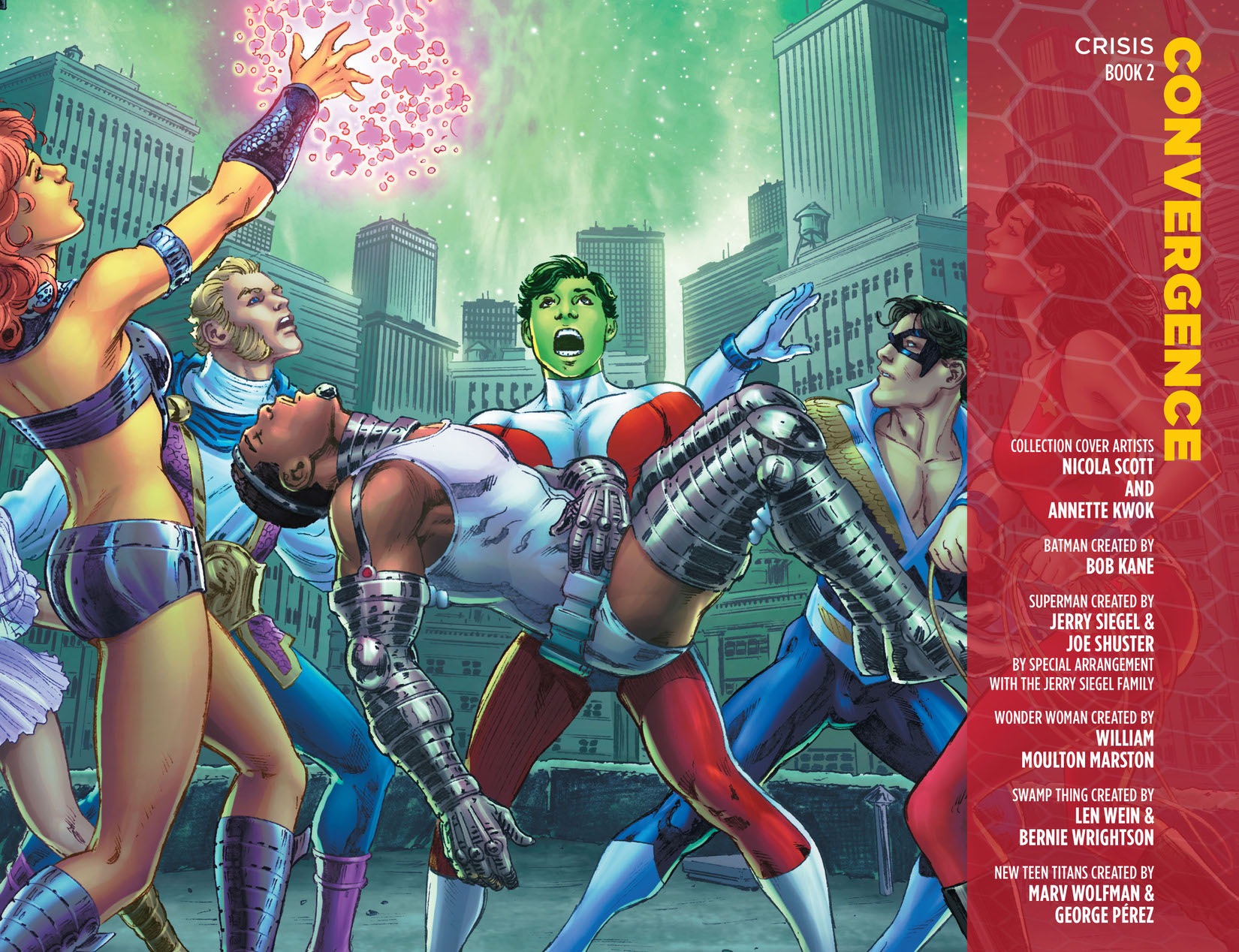 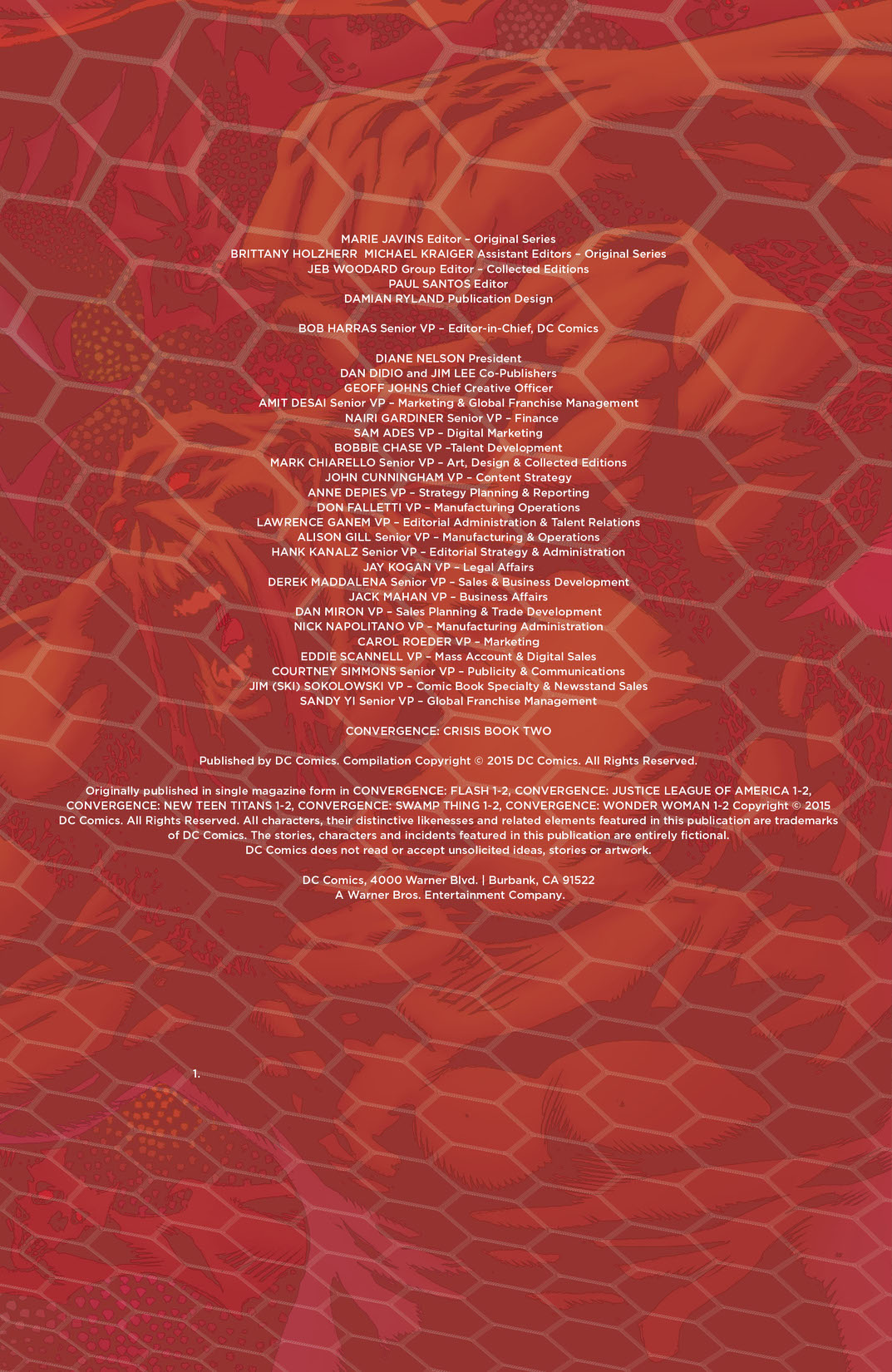 A CONVERGENCE tie-in graphic novel! Once, there were infinite Earths. Then there came a Crisis…a Zero Hour…a Flashpoint. Worlds lived. Worlds died. But some worlds must now fight for their future-in the Convergence! The evil alien intelligence known as Brainiac has stolen 50 doomed cities from places throughout time and space and sealed them behind impenetrable domes. Now, after a year, the domes will come down-and the heroes and villains of 50 dead worlds must battle to be the last one standing! In this volume: WONDER WOMAN: Diana Prince must defend Gotham City against vampire versions of Batman’s arch-enemies Poison Ivy, Catwoman and the Joker himself, from the world of Red Rain! SWAMP THING: Sealed away from the power of the Green for a year, Alec Holland must regain his strength and defeat the Darkest Knight of all, vampire Batman! THE FLASH: Barry Allen, the key to the Crisis itself, must race to defeat the godlike tyrant of the Tangent Universe-Superman! NEW TEEN TITANS: The greatest Titans team in the history of the Multiverse squares off against the Tangent Universe’s deadly Doom Patrol! JUSTICE LEAGUE OF AMERICA: It’s up to the Elongated Man to lead the second-string heroes of the Detroit Justice League and repel the invasion of the Tangent Universe’s Secret Six! The most iconic heroes of the CRISIS era fight the twisted heroes of two of the most popular Elseworlds universes in CONVERGENCE: CRISIS VOL. 2!