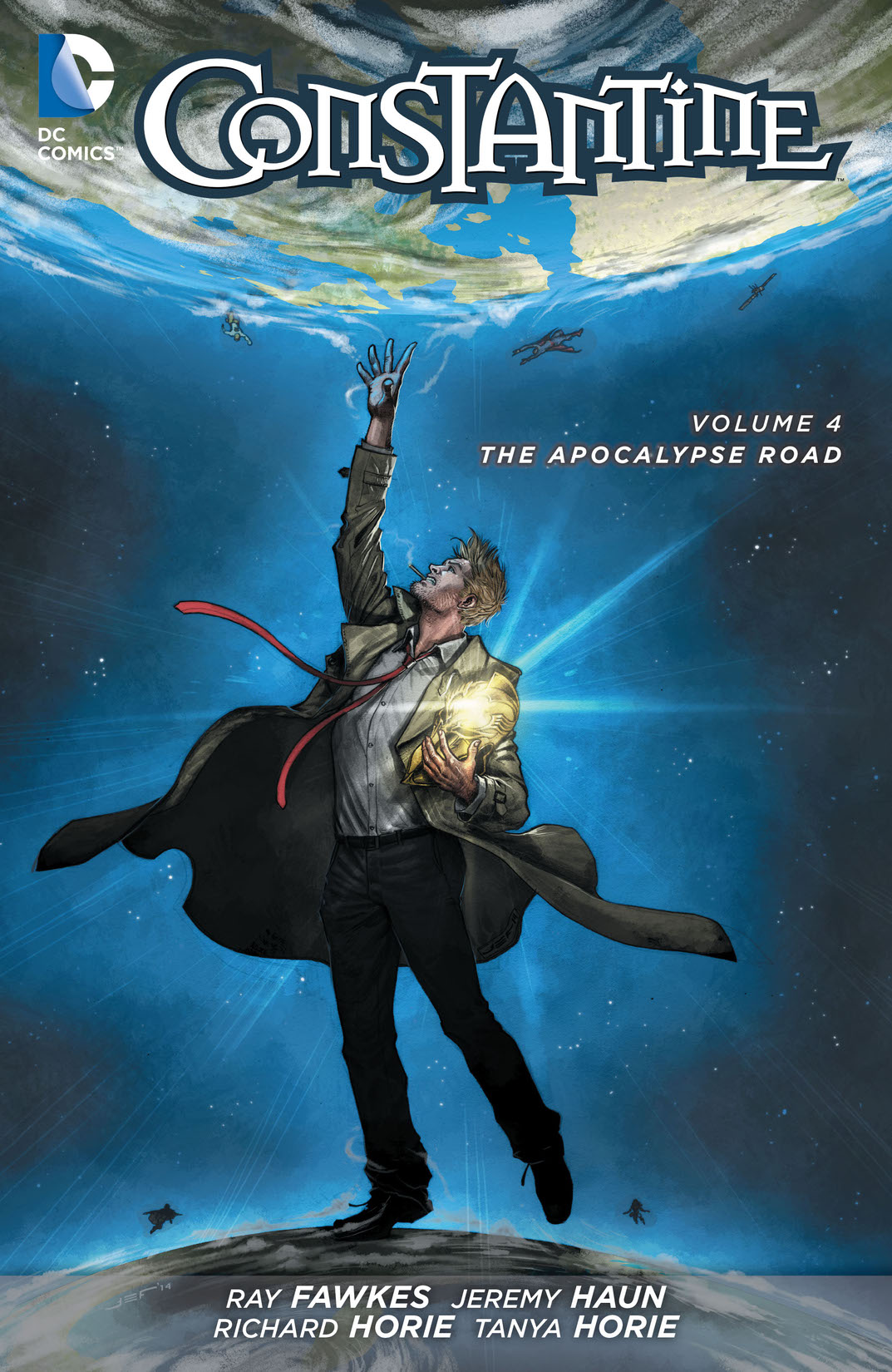 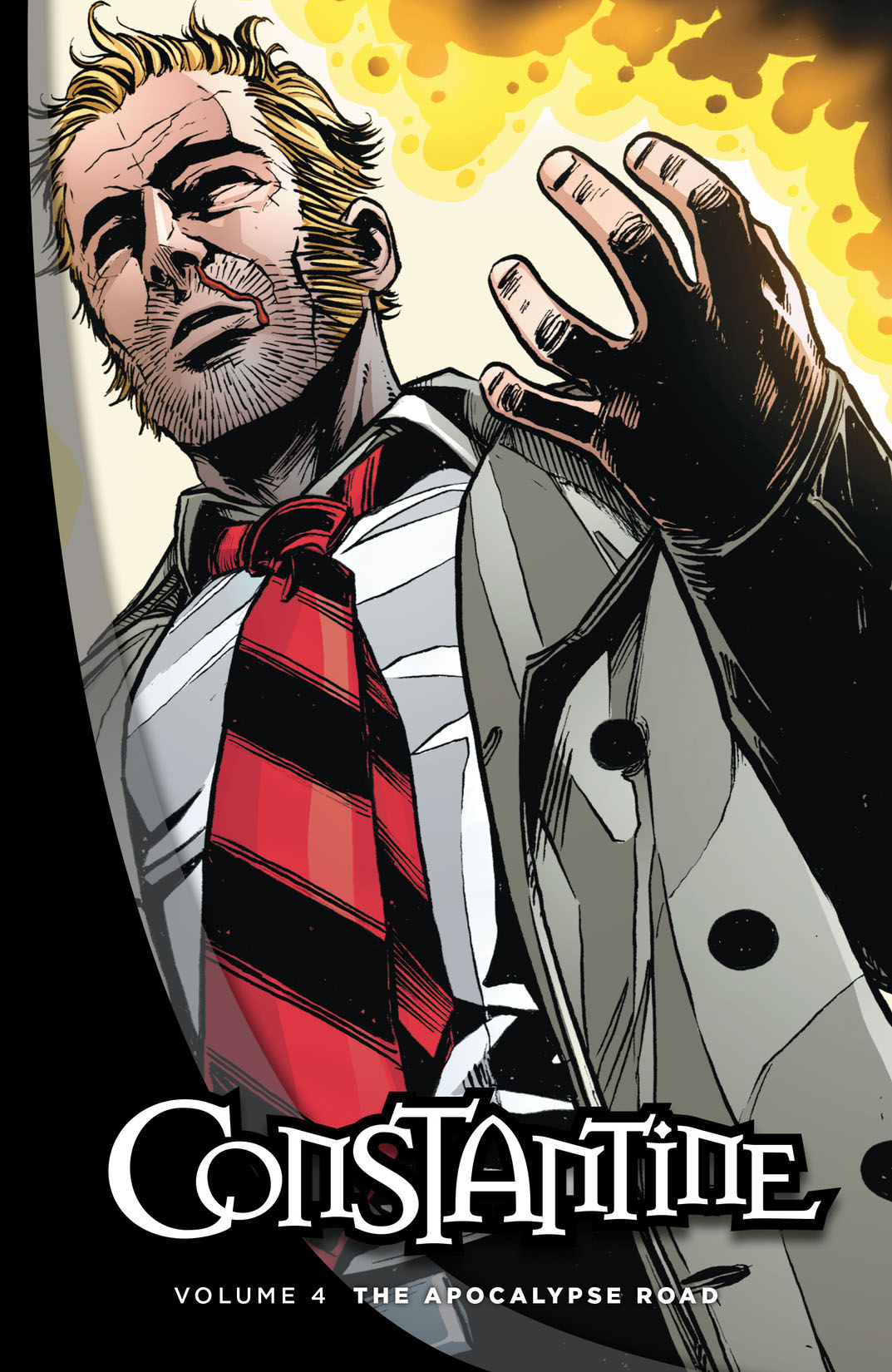 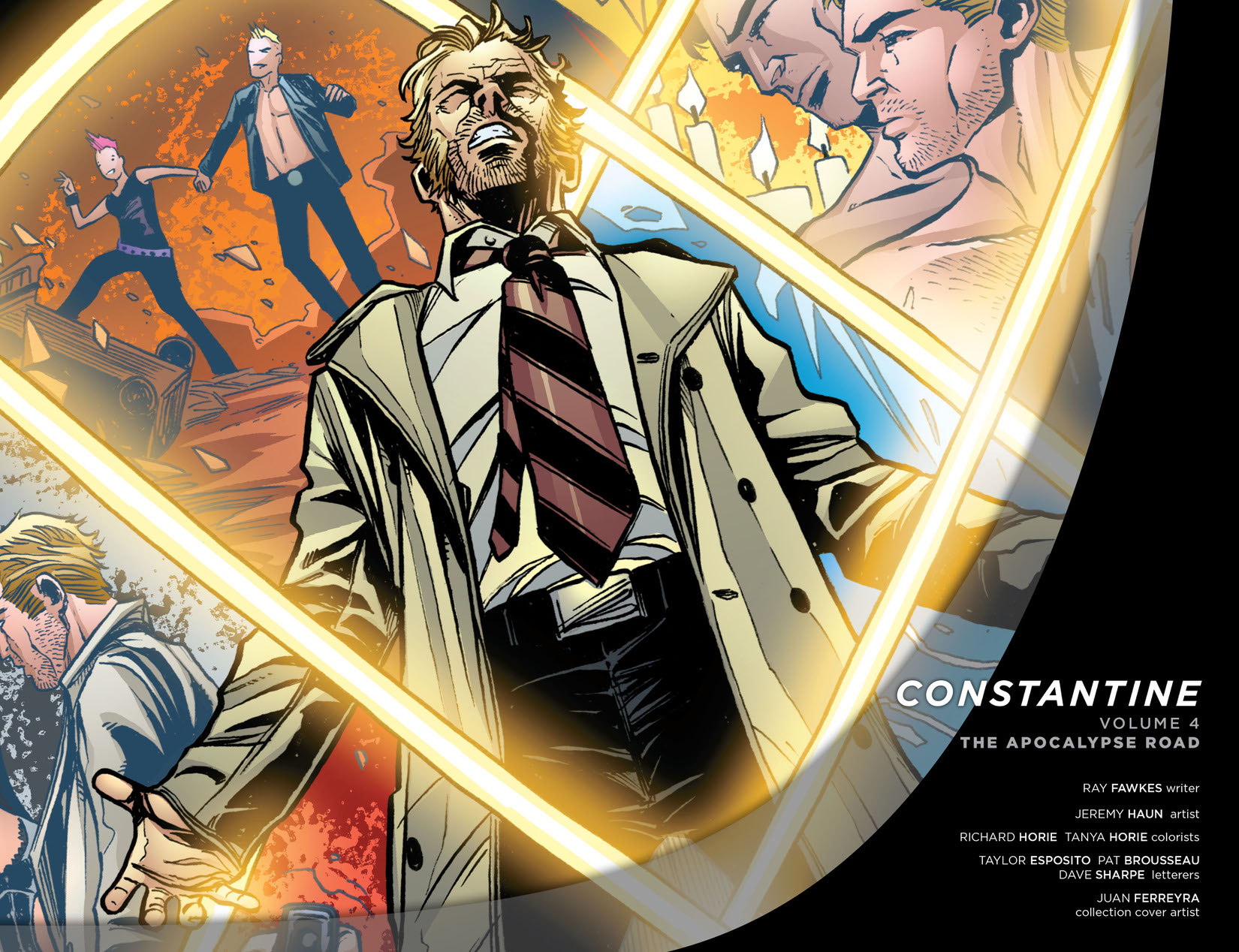 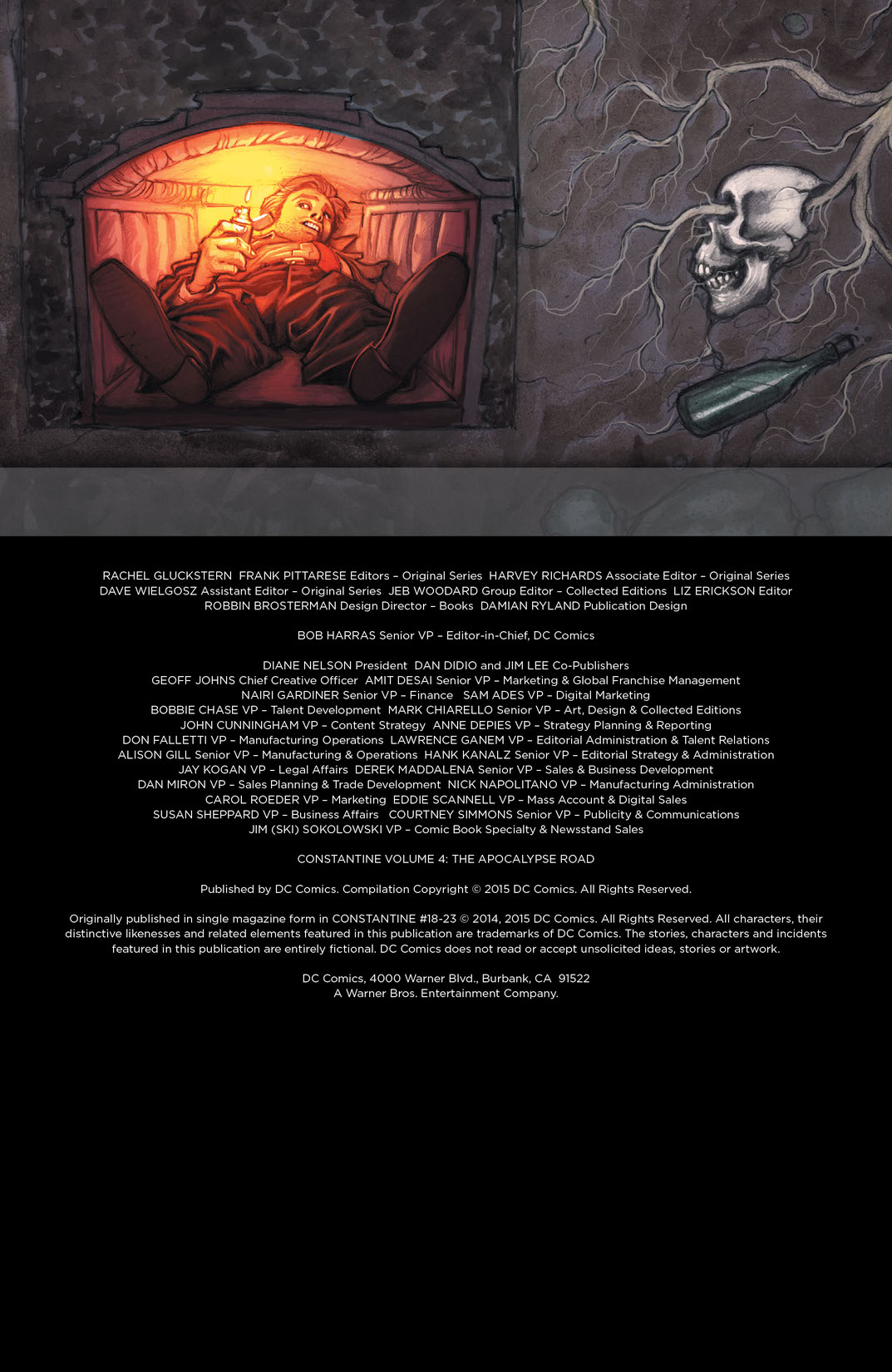 Magic costs. It’s the one lesson John Constantine has learned from his life of cigarettes, superheroes and sorcery. Every spell he casts, every demon he dupes, every fundamental force of the universe he warps—each and every action comes with strings attached and sacrifices demanded. But Constantine has always managed to avoid paying the ultimate price. Until now. When his war against a cabal of powerful sorcerers sends him screaming across the boundary between universes, he arrives in a world much like our own. A world dying at the hands of the mad god called Darkseid. This is the home of another John Constantine, one whose life was peaceful and happy right up to the end. To escape the apocalypse and save the few survivors he can, our black-hearted conjurer must join forces with his good-natured doppelganger. Together, they can return to Constantine’s own world. There’s just one catch: for one to live, the other must die… In CONSTANTINE: THE APOCALYPSE ROAD—a thrilling crossover with EARTH 2: WORLD’S END—the creative team of Ray Fawkes (BATMAN ETERNAL, JUSTICE LEAGUE DARK) and Jeremy Haun (BATWOMAN) give the DC Universe’s most dangerous mage the fight of his lives! This final volume collects issues #18-23.