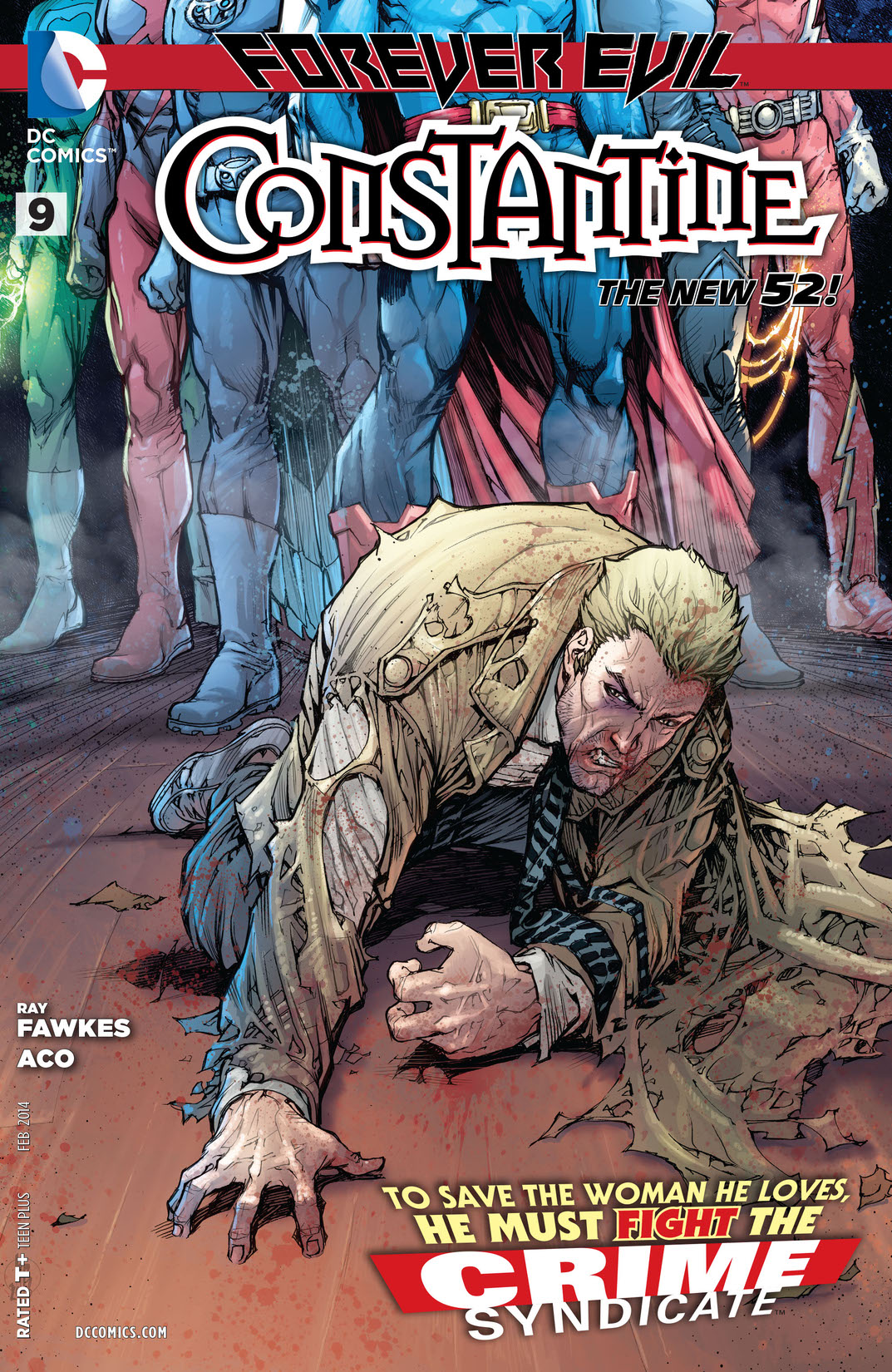 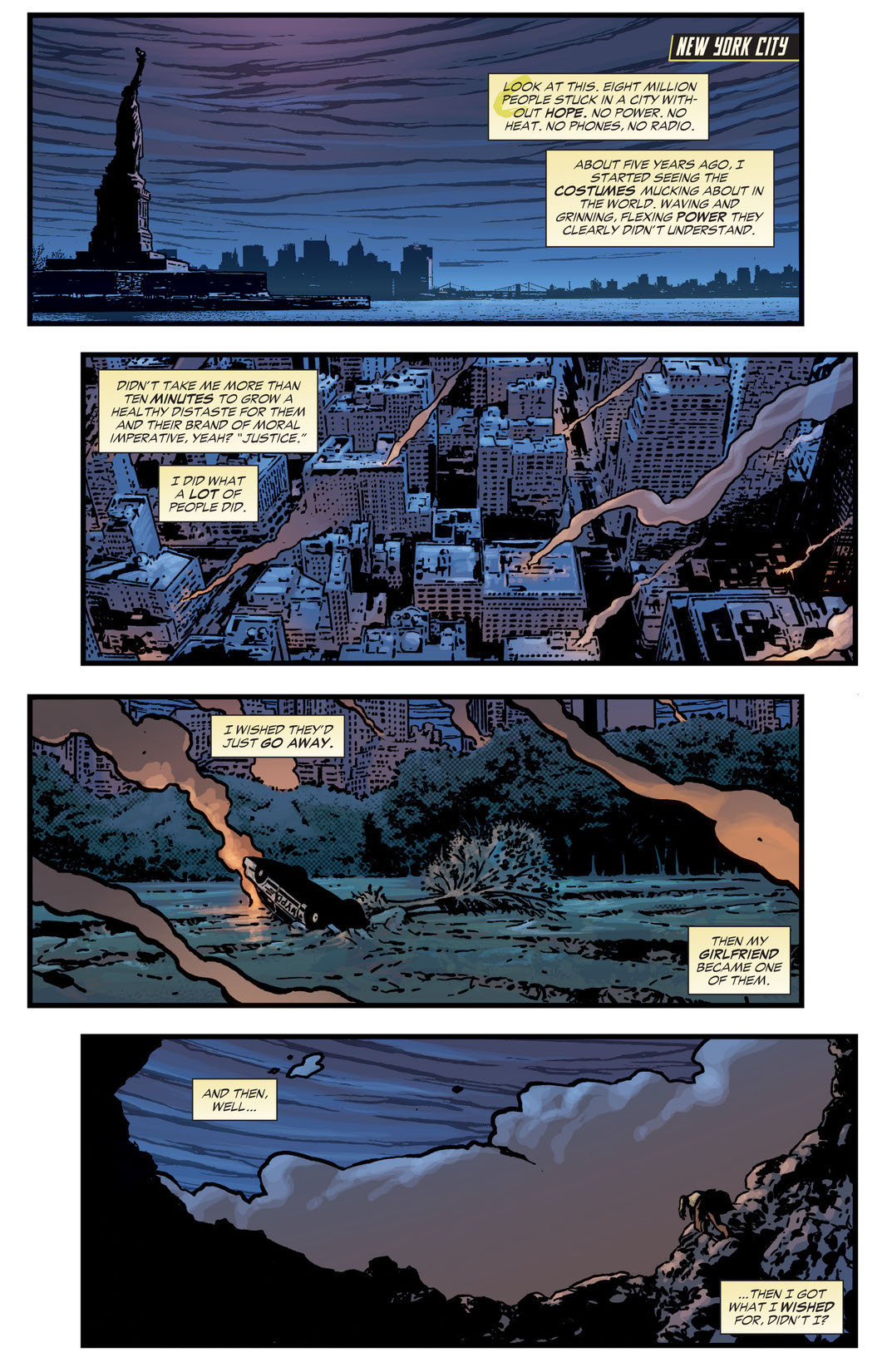 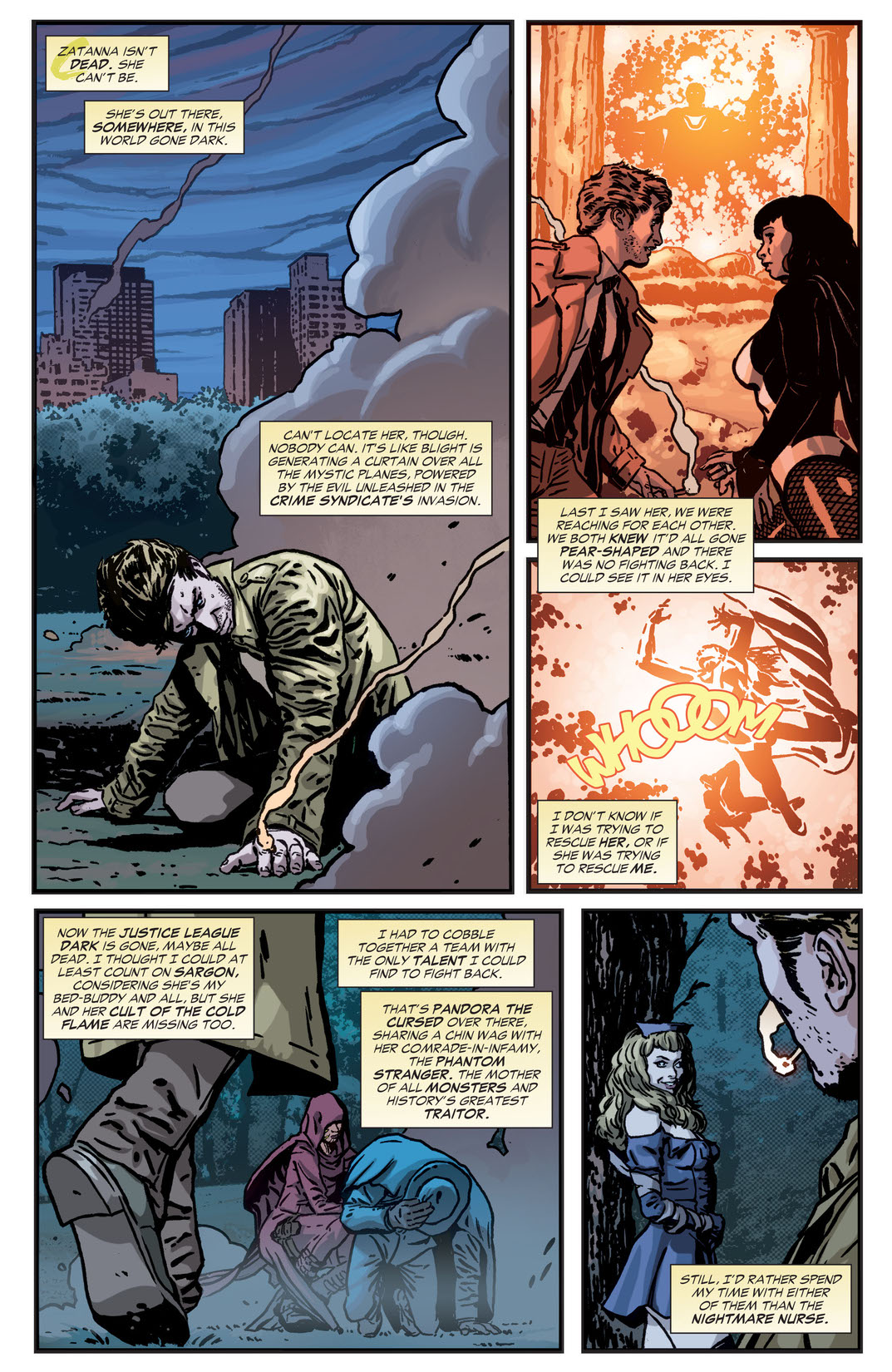 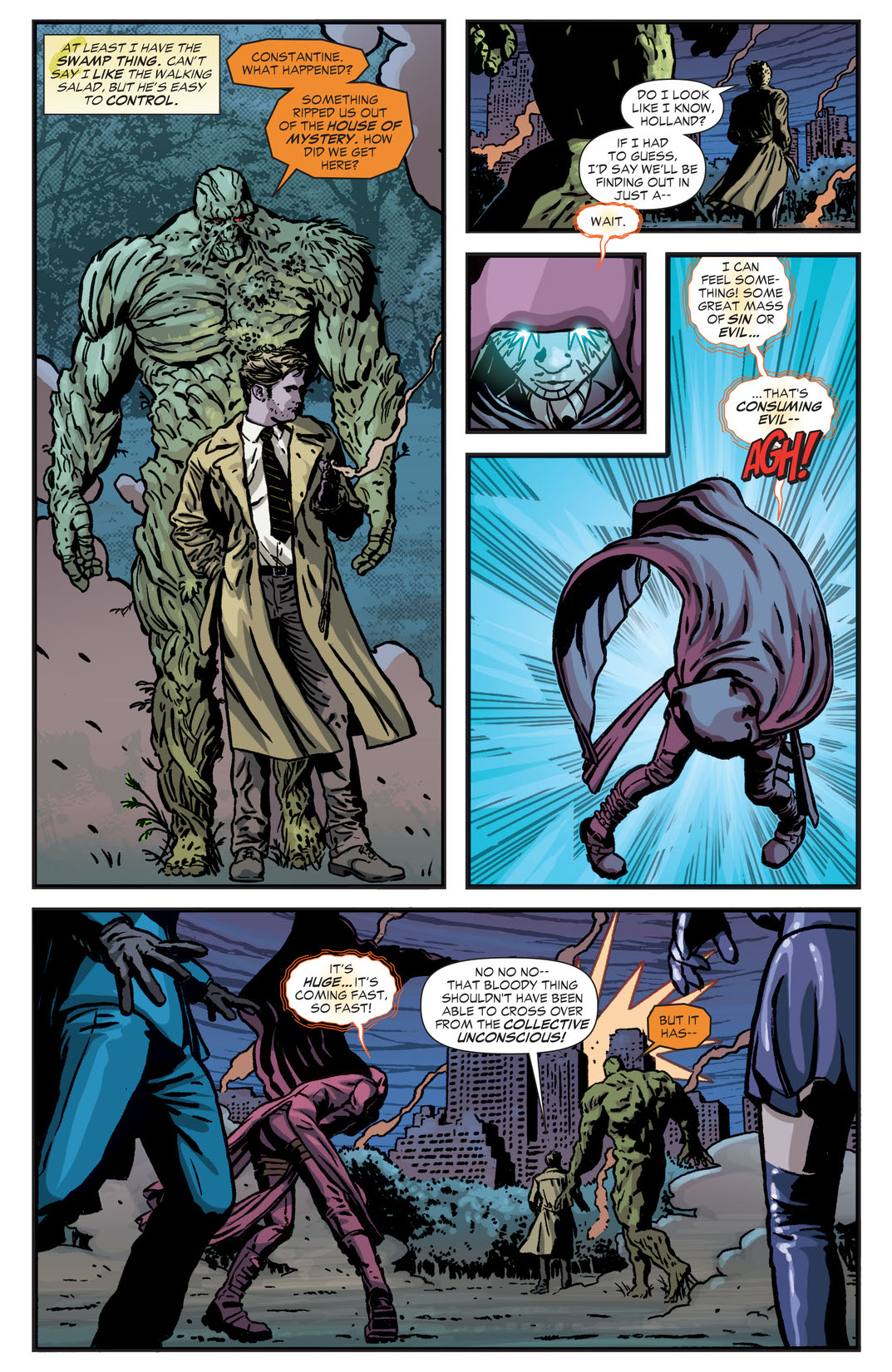 "Forever Evil: Blight" part 4, continued from TRINITY OF SIN: PHANTOM STRANGER (2012- ) #14. Lost and confused now that he's sold himself out to the Cold Flame, John becomes vulnerable to attack by Spellbinder! What secrets will be revealed when John is forced to travel though his own mind? Continued in TRINITY OF SIN: PANDORA (2013- ) #6.