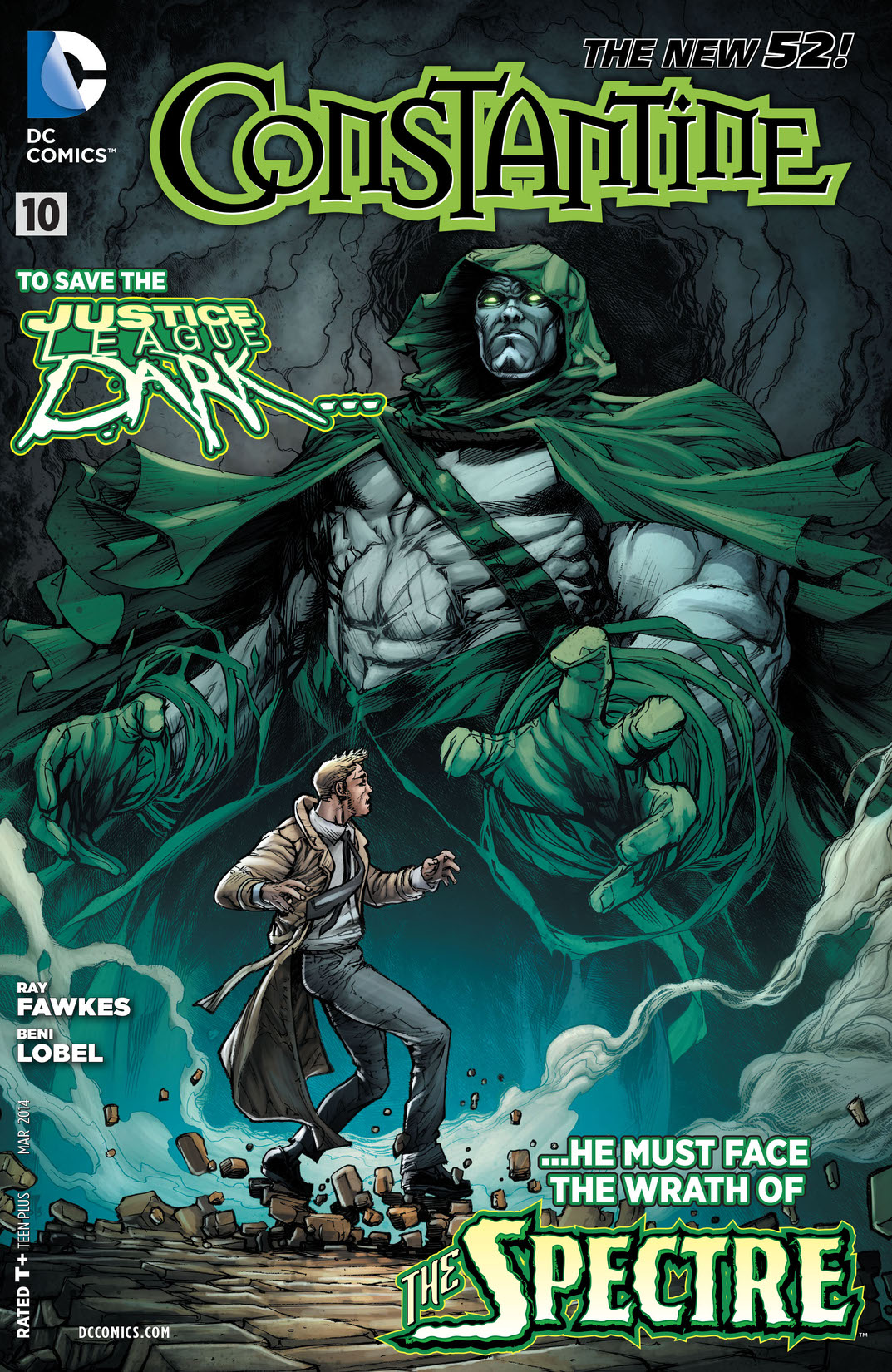 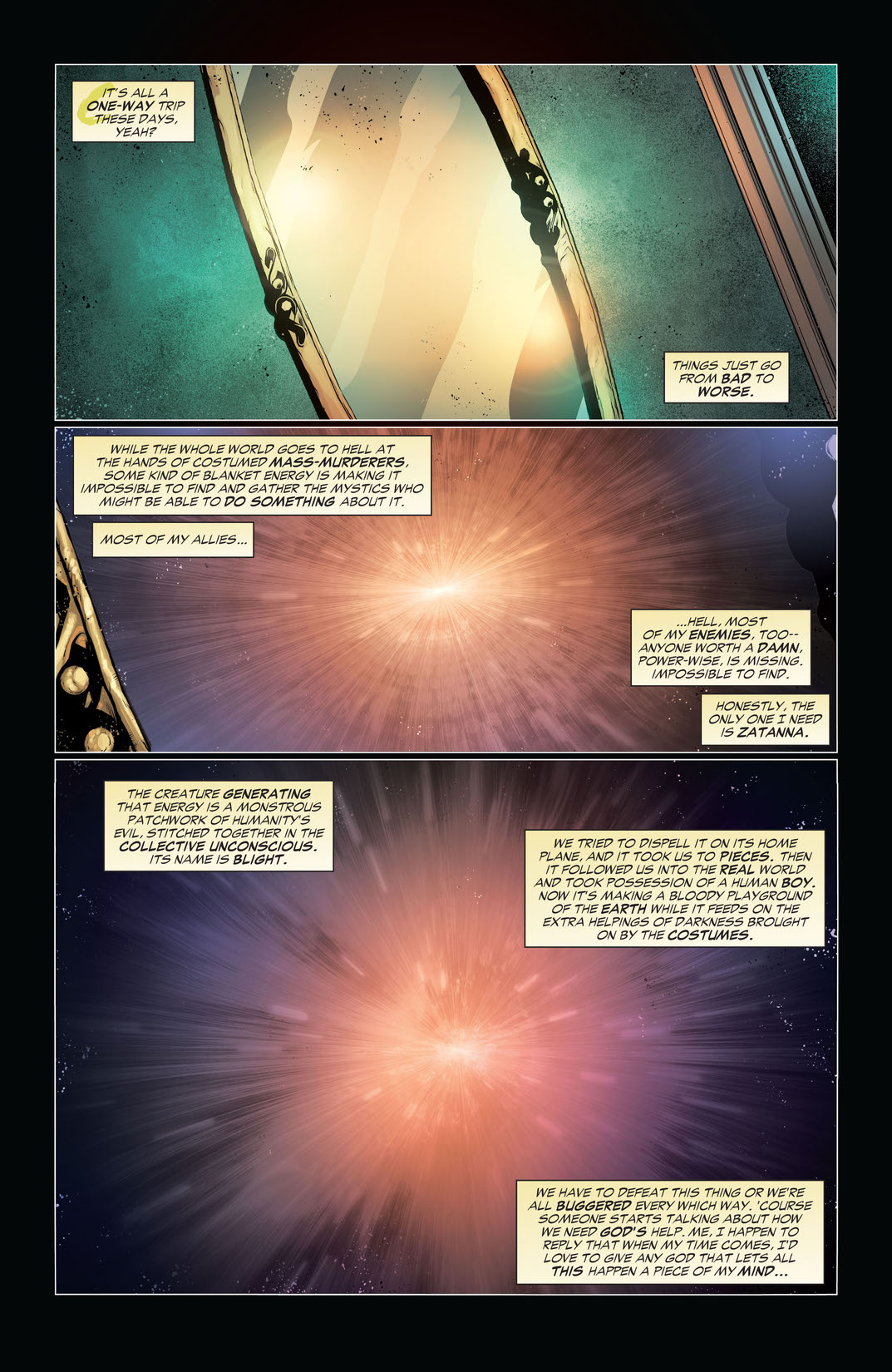 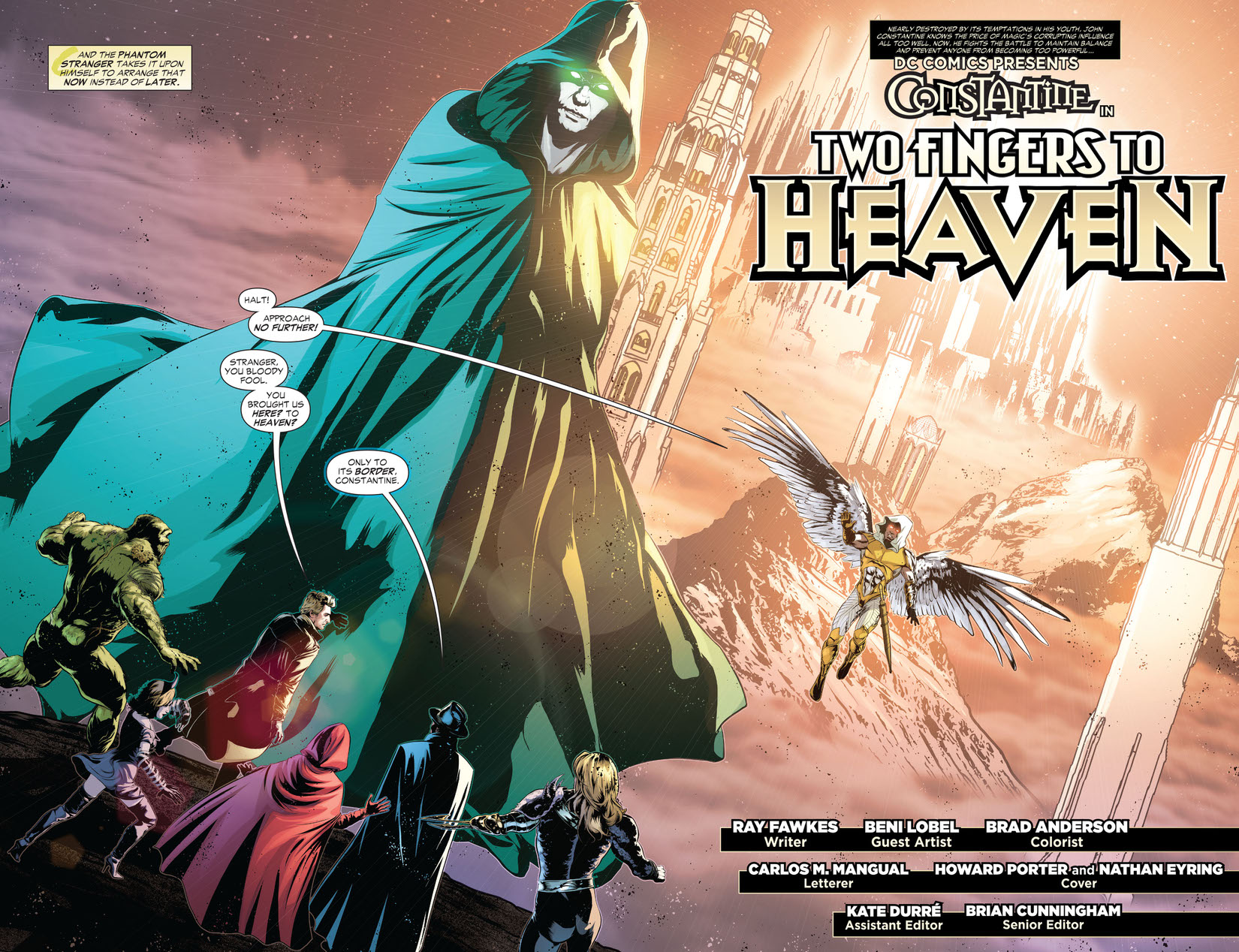 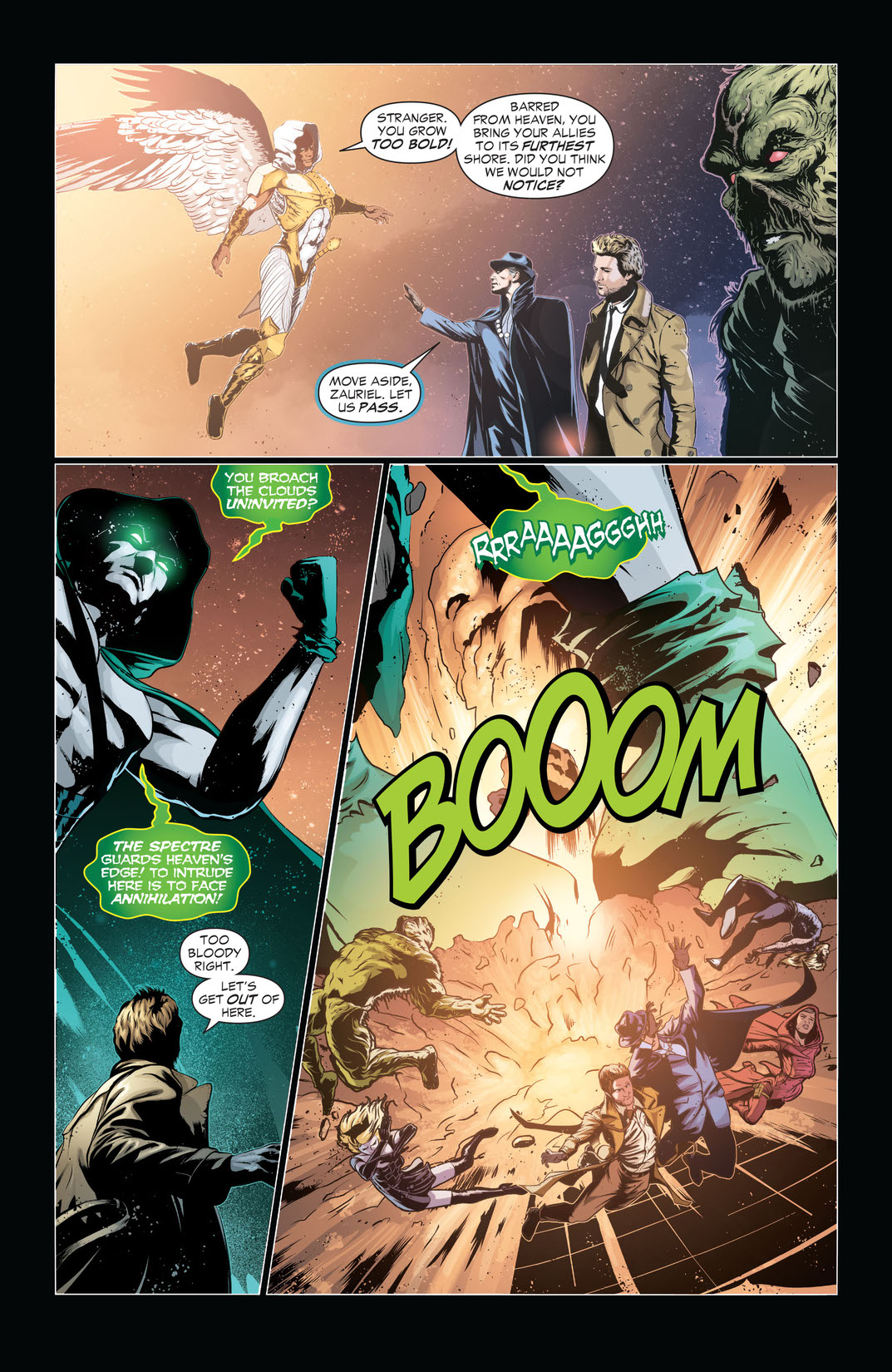 Forever Evil: Blight' part 8, continued from TRINITY OF SIN: PHANTOM STRANGER (2012- ) #15. Brought low by the evil of Blight, Constantine struggles to rally his mystical allies and turn the tide of battle. Only one thing stands in his path: the righteous wrath of The Spectre. Continued in TRINITY OF SIN: PANDORA (2013- ) #7.