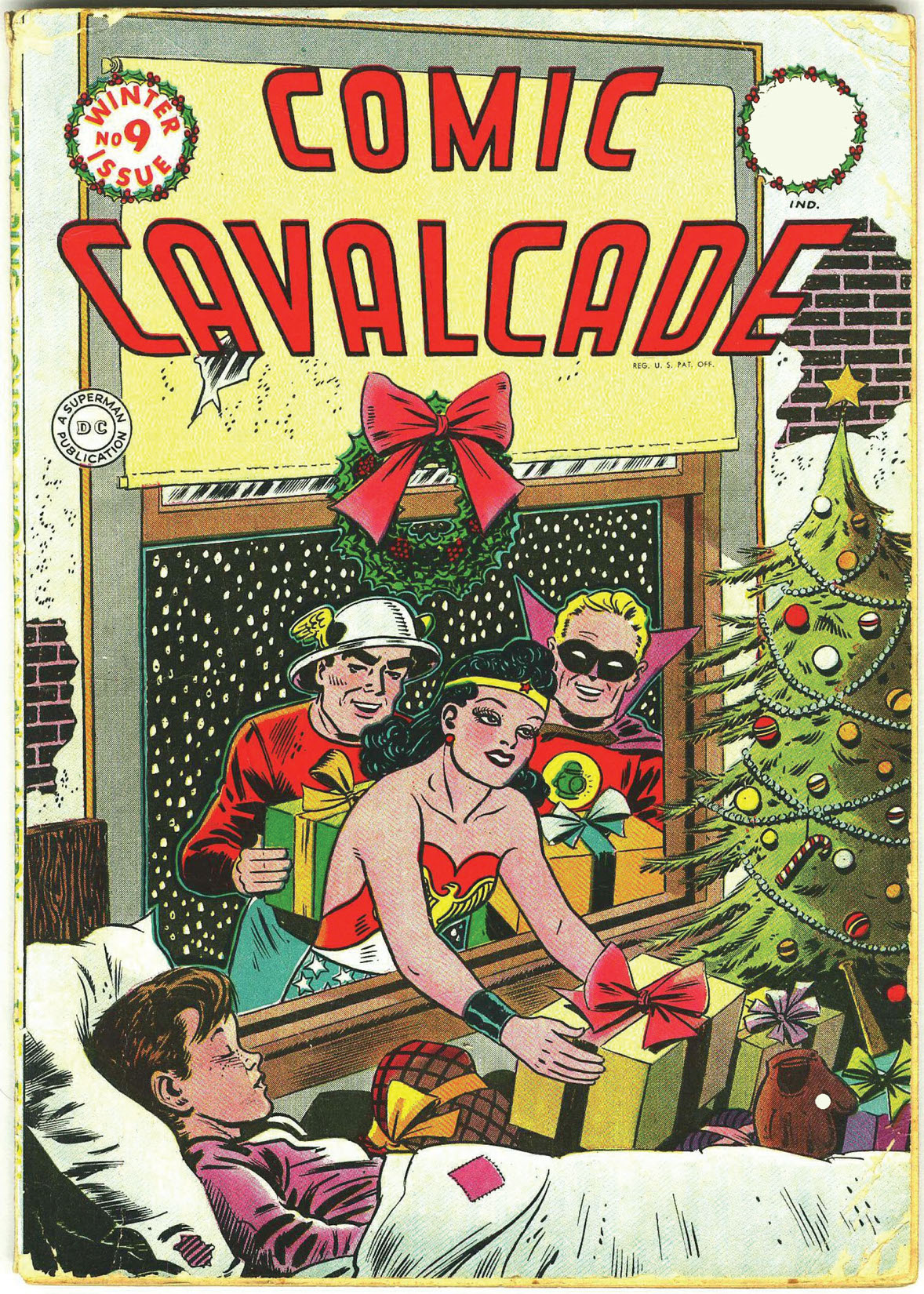 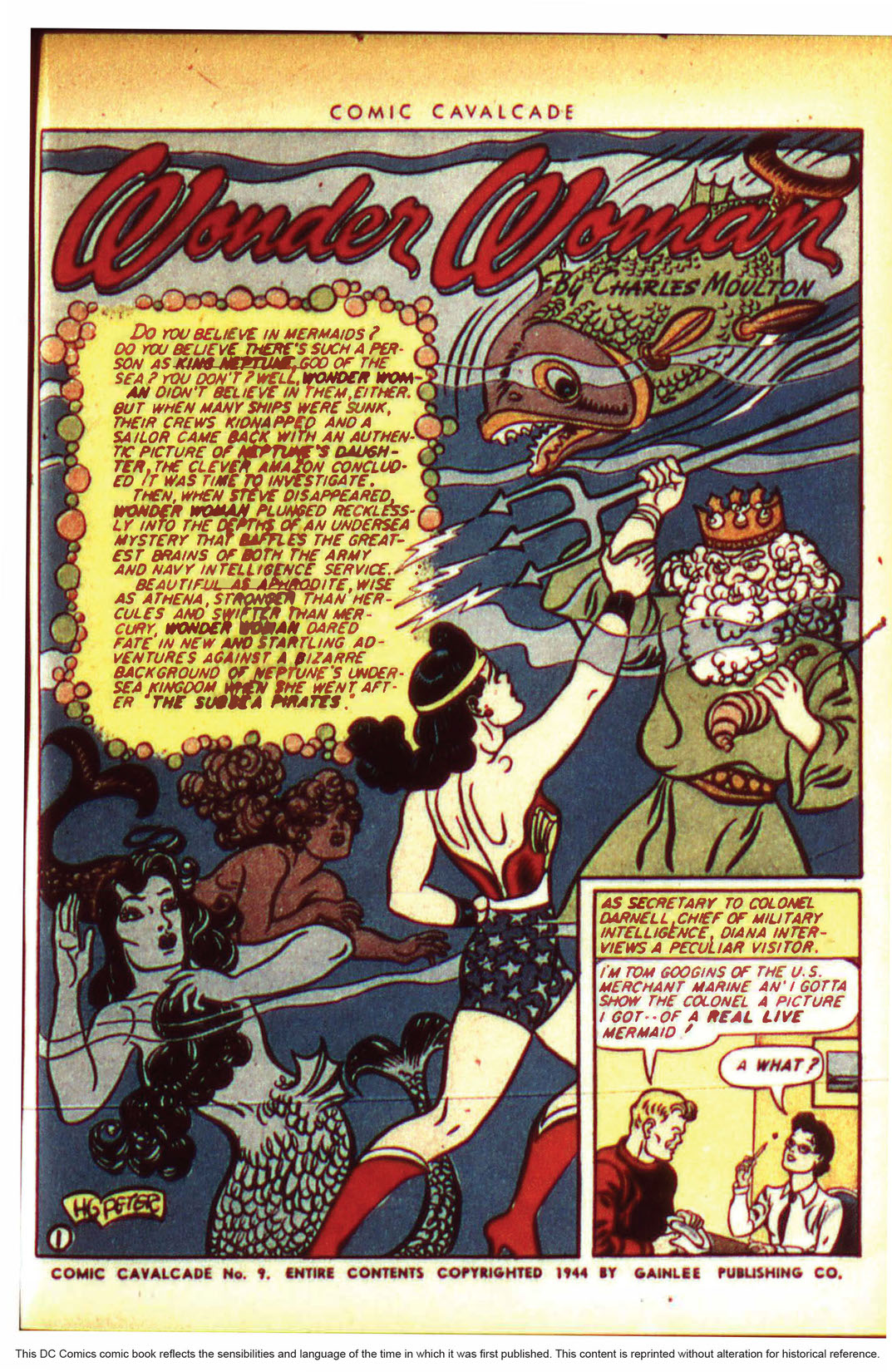 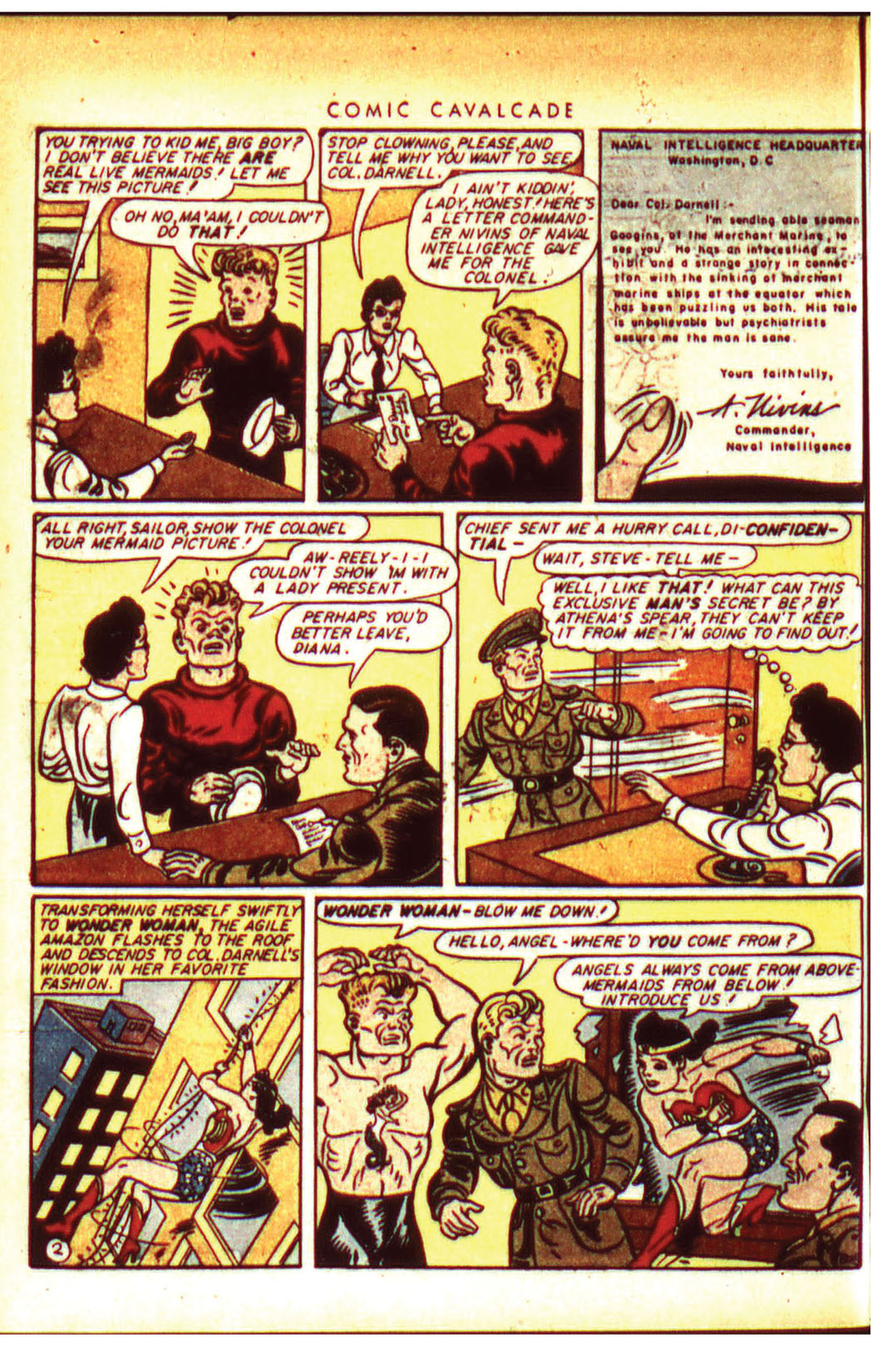 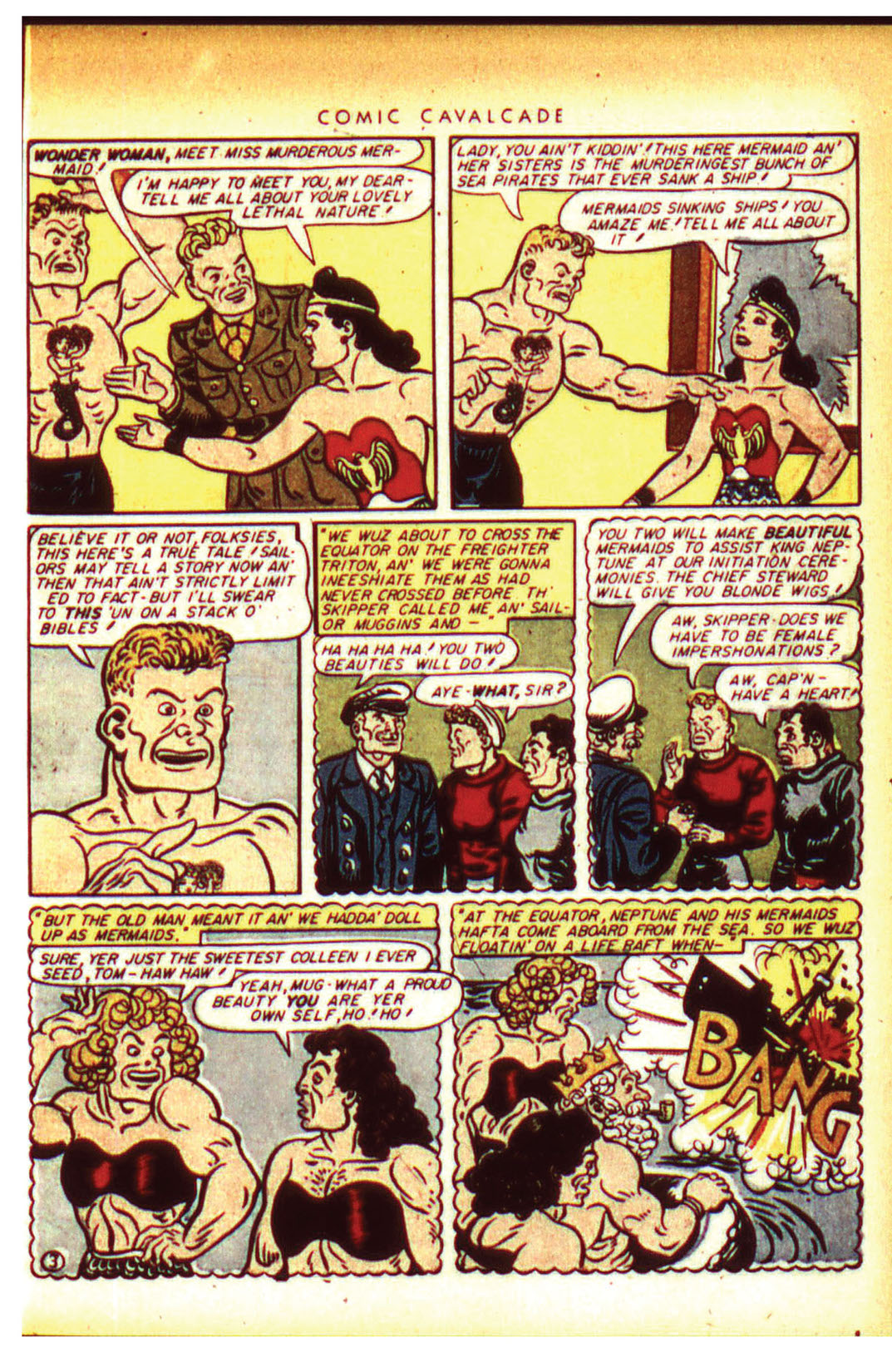 Steve Trevor investigates a report that a school of mermaids have downed a ship, and he ends up being captured by them. Meanwhile, Wonder Woman and the Holliday Girls are also kidnapped when they try to rescue him, but they escape to collar a former female swimming champion who had disguised herself as King Neptune as a cover for her piracy operations. During a pre-Christmas radio program, racial and religious persecution raises its ugly head, prompting Alan Scott to use a life-and-death situation involving Doiby as an example of what America really stands for.