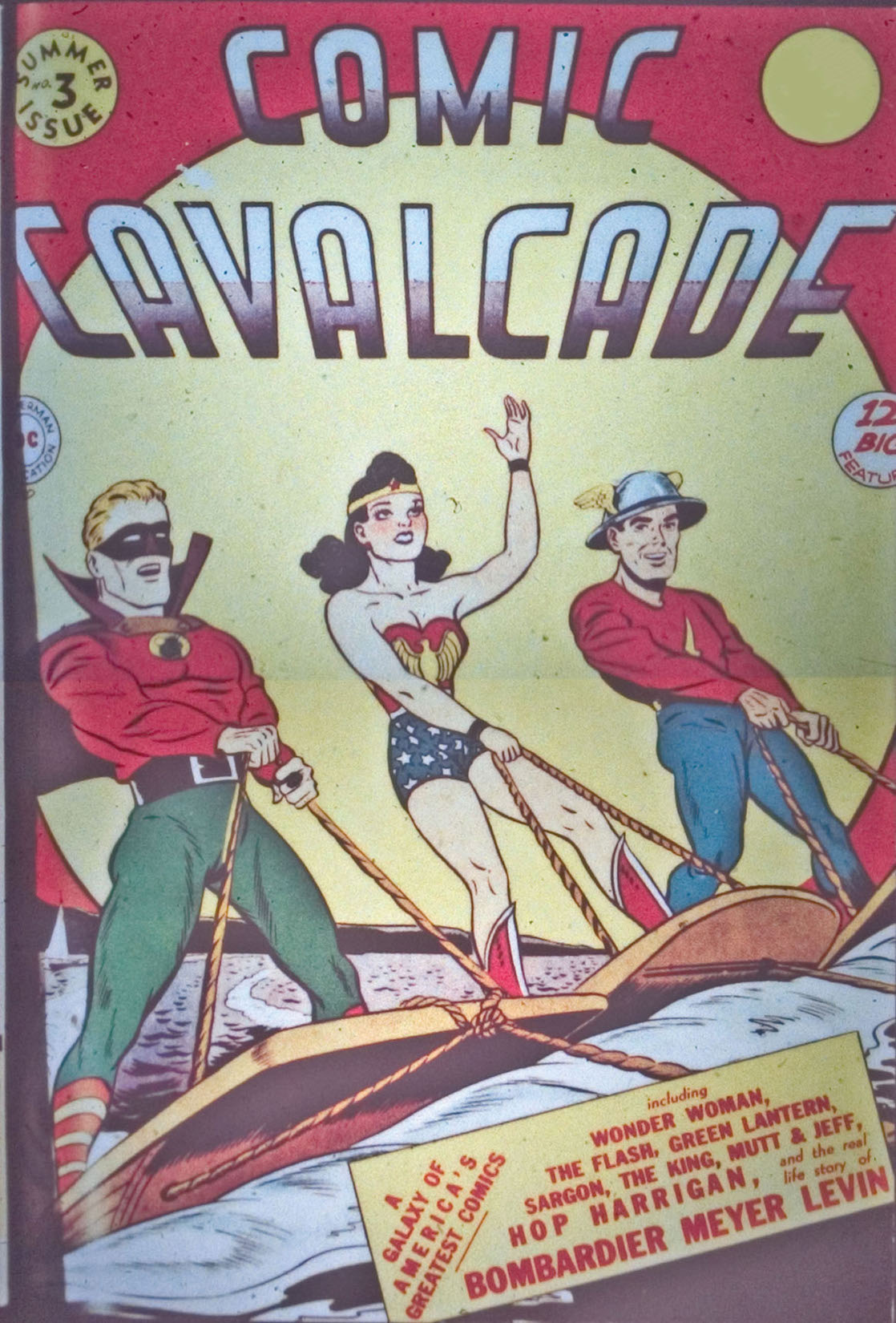 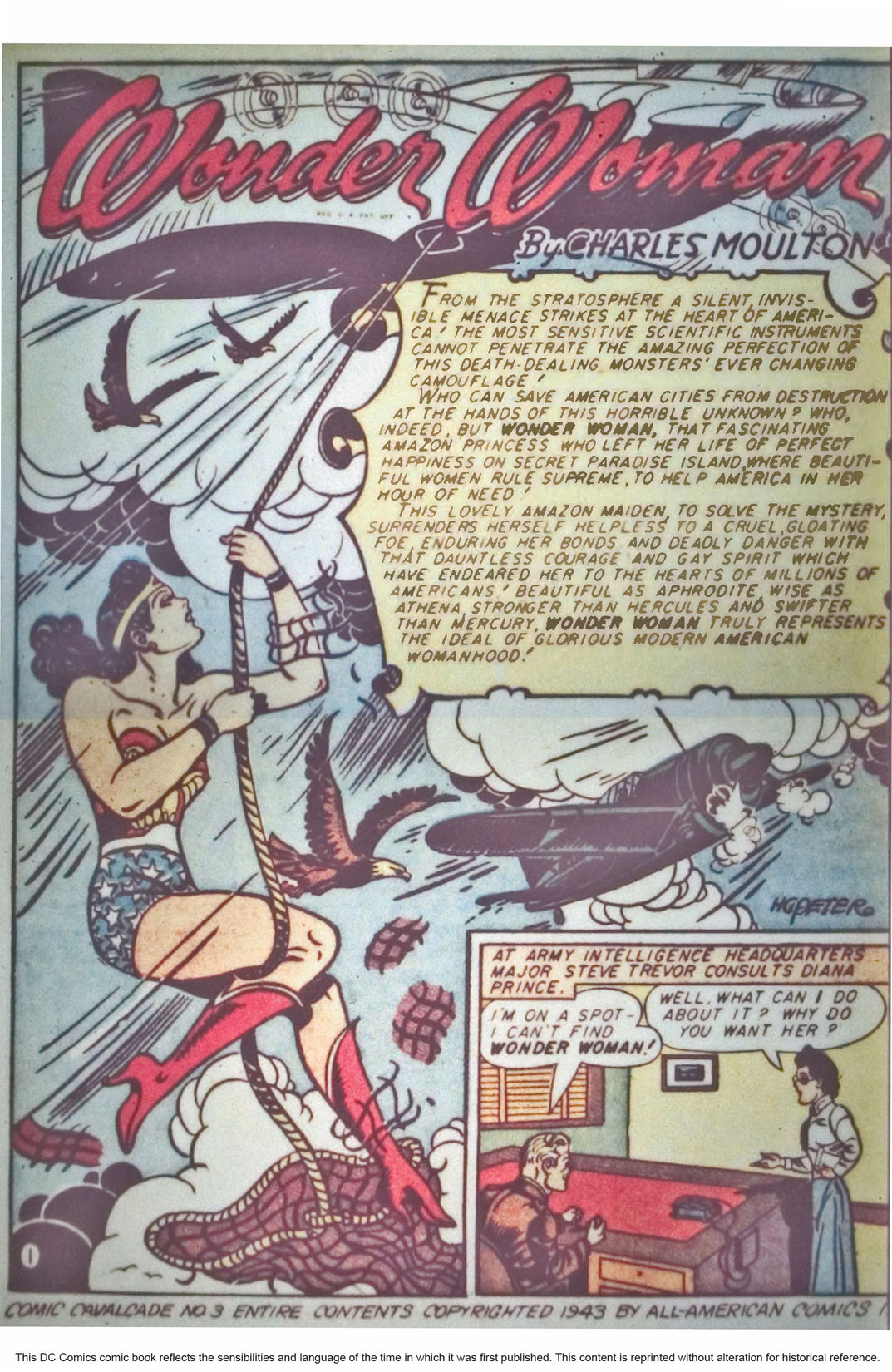 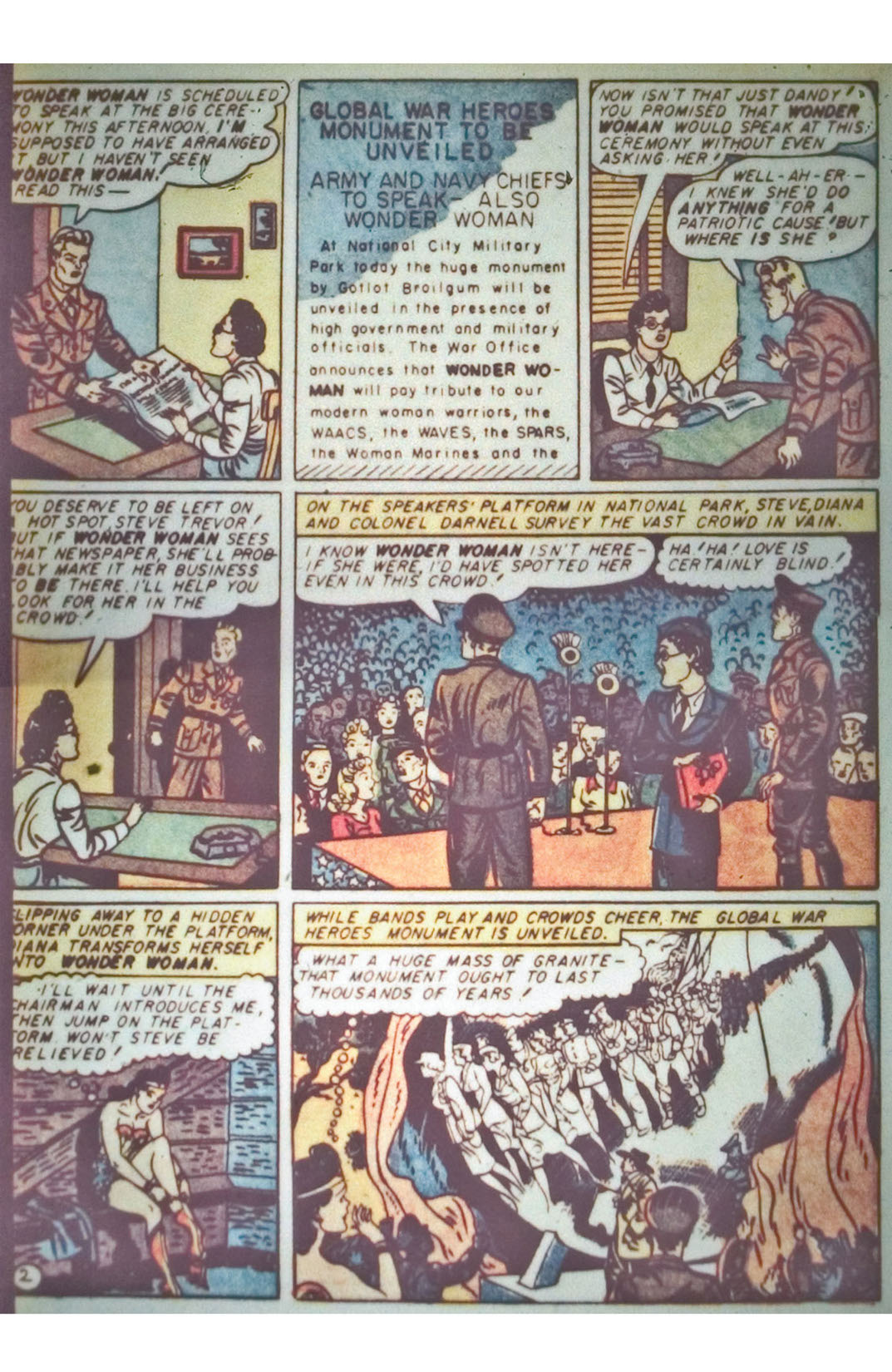 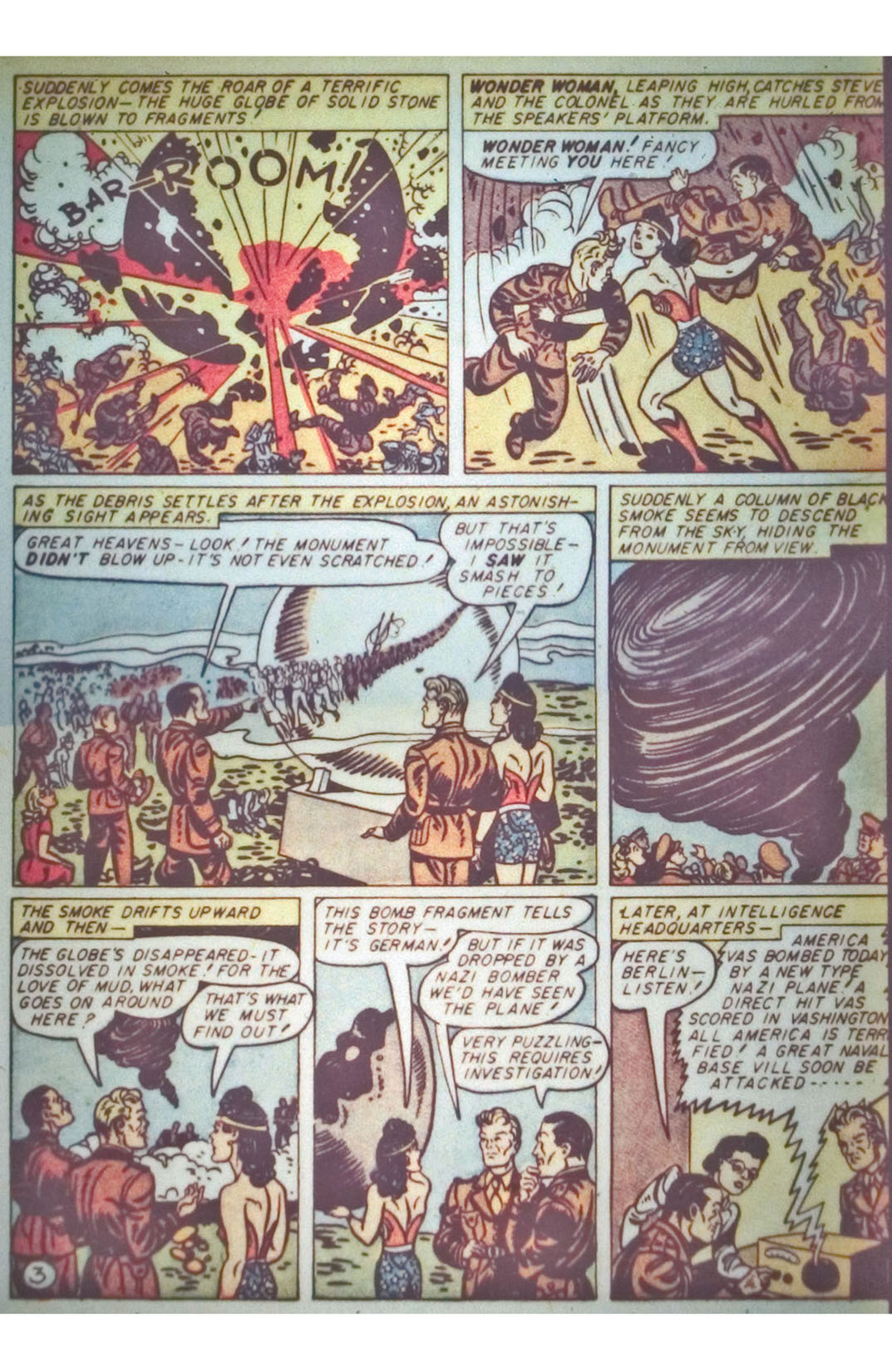 Steve shows Diana a newspaper announcement concerning the dedication ceremonies of a Global War Heroes monument where Wonder Woman is supposed to speak. Wonder Woman is about to speak when the monument blows up, but mysteriously, as the debris clears, the monument is still intact, then disappears in a column of black smoke. Wonder Woman finally gets to the bottom of the mystery when she comes face to face with Eric Lander, an American-born man of German descent, who has invented a silent, self-camouflaging space bomber that he intends to terrorize the United States with!