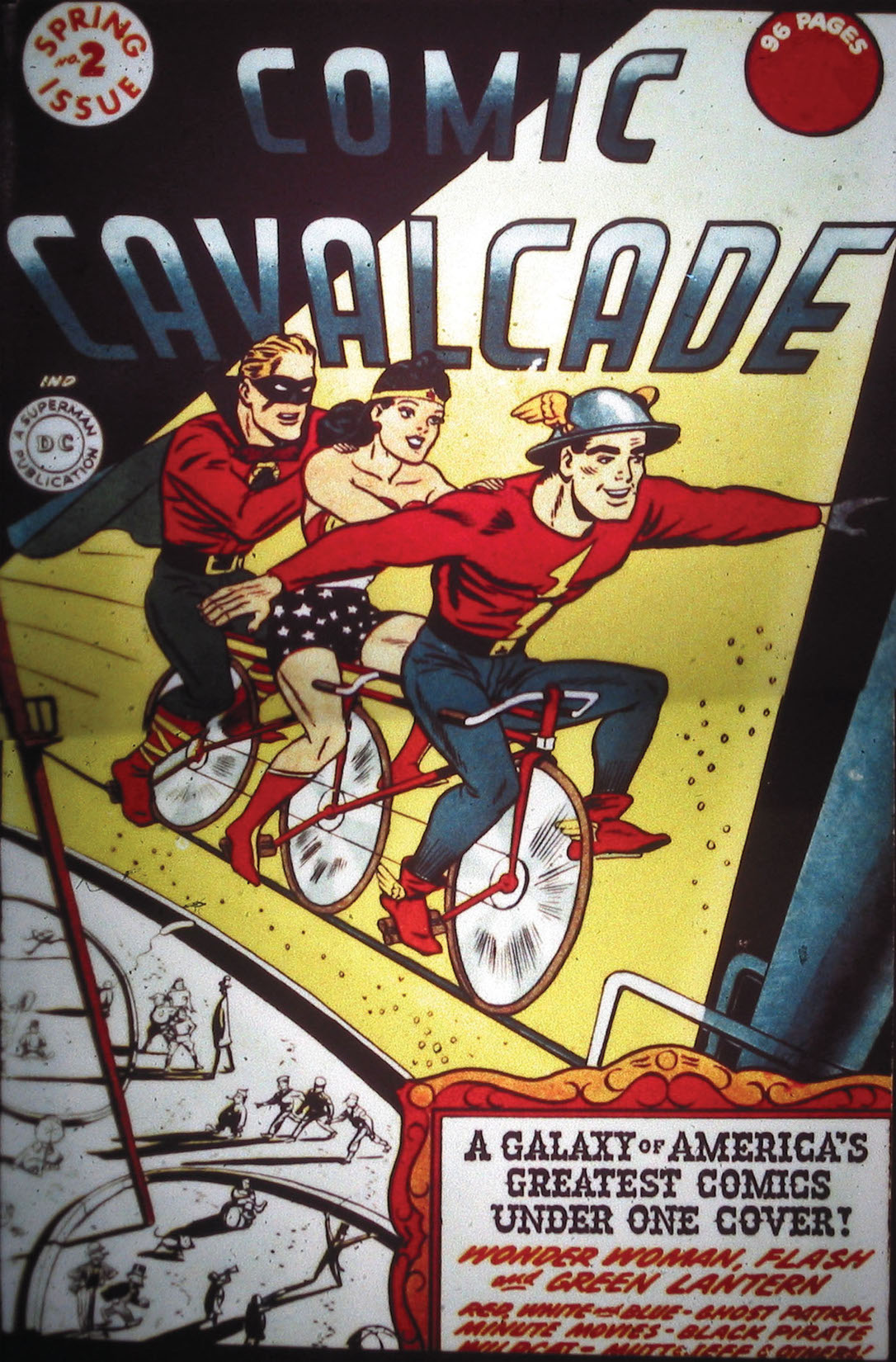 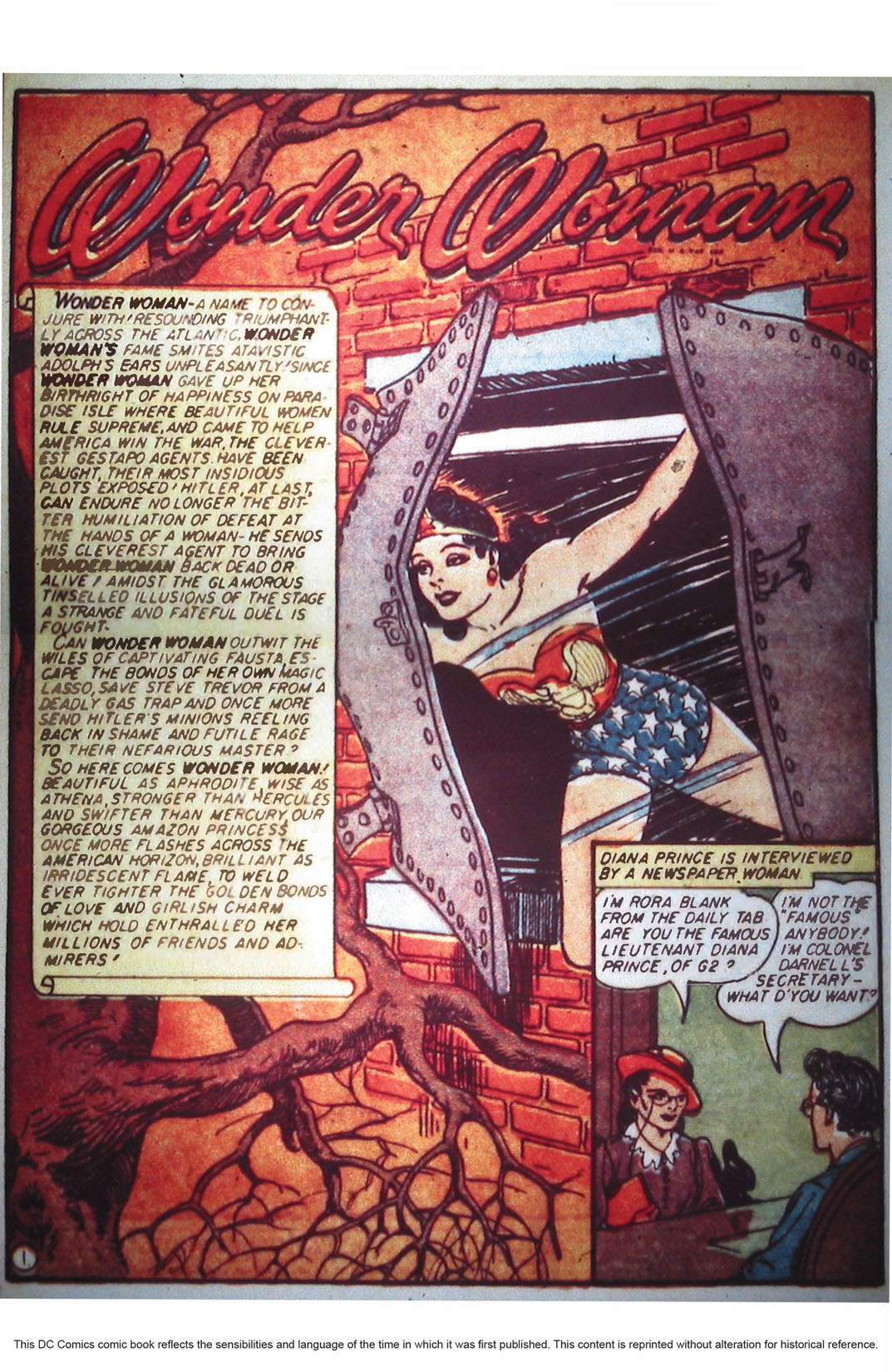 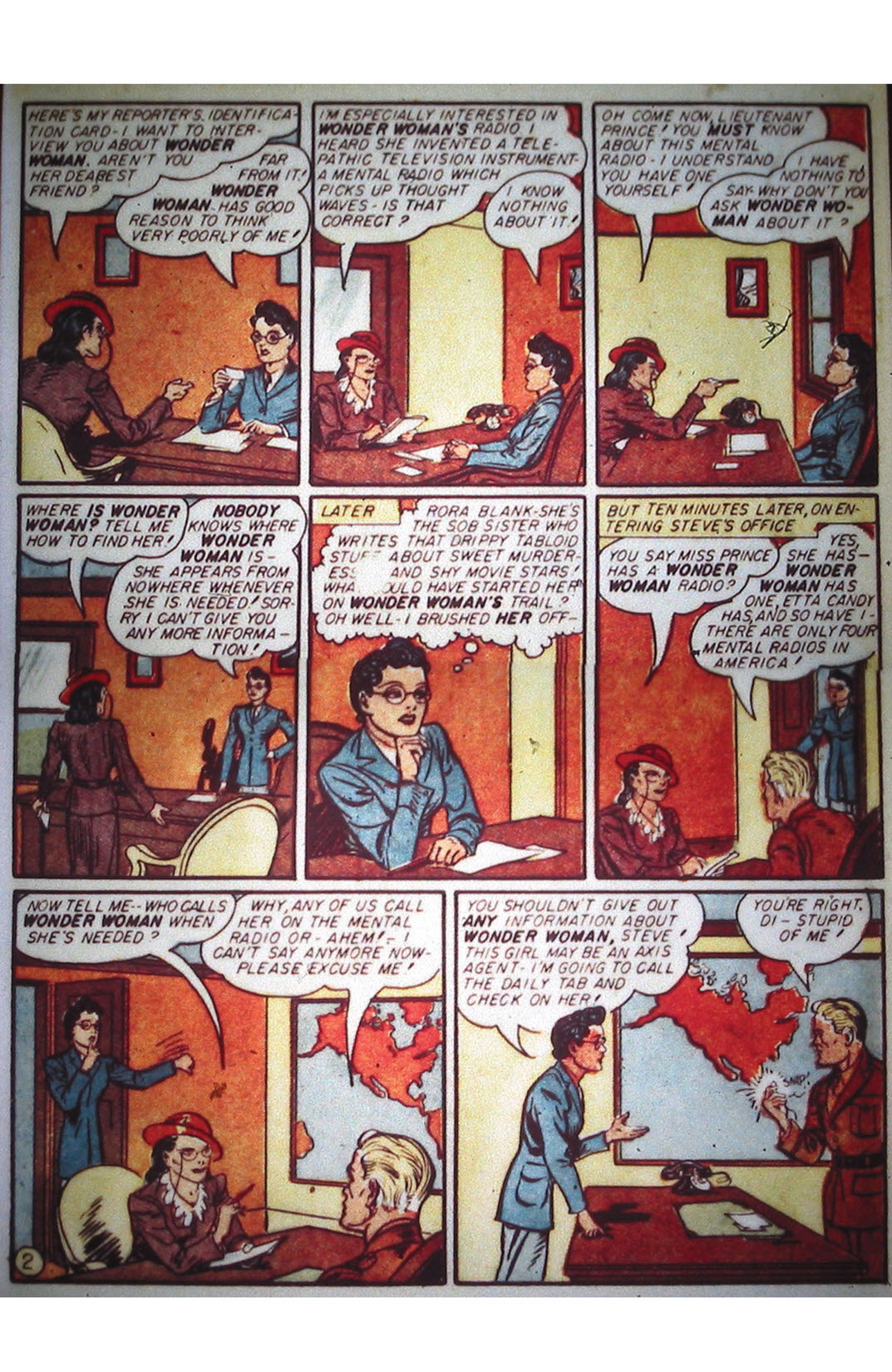 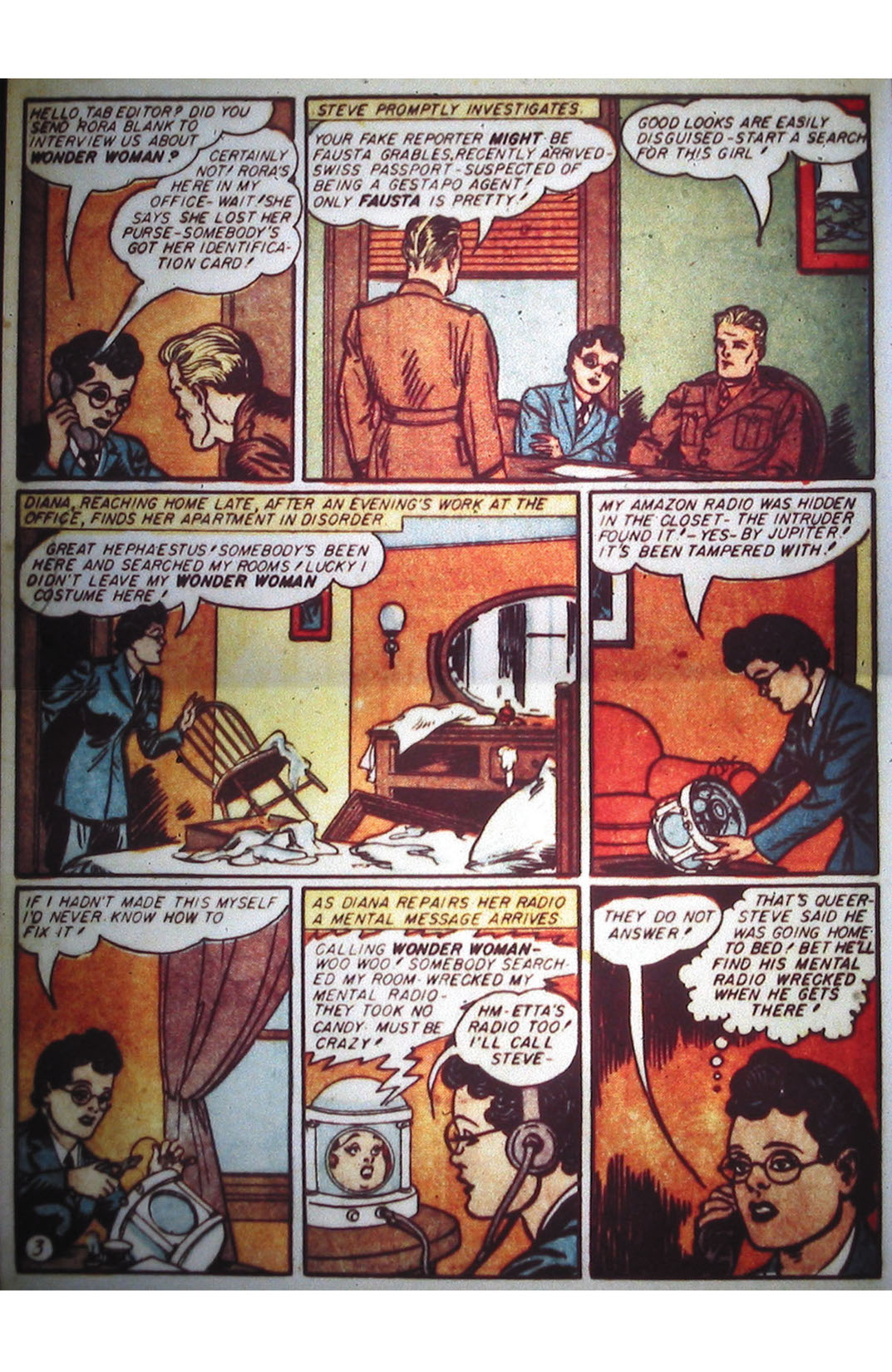 Diana Prince is sitting at her desk one day when a woman enters, posing as a reporter, and asks very personal questions about Wonder Woman. Sensing something is wrong, Diana refuses to answer questions, but Steve Trevor is taken in, not realizing the woman is a Nazi agent, Fausta Grables. She eventually steals Wonder Woman's costume and poses as her for an Army benefit show.