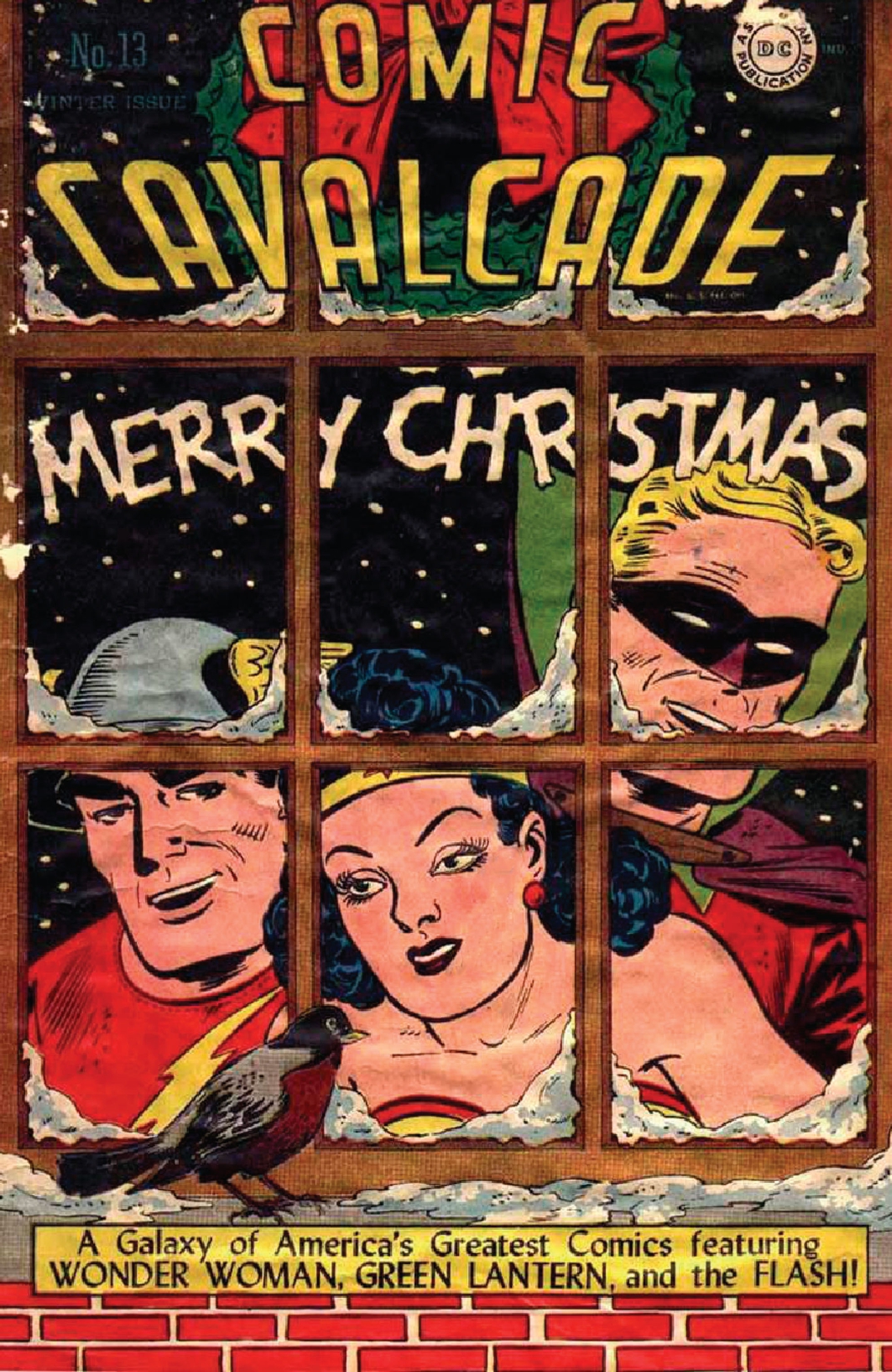 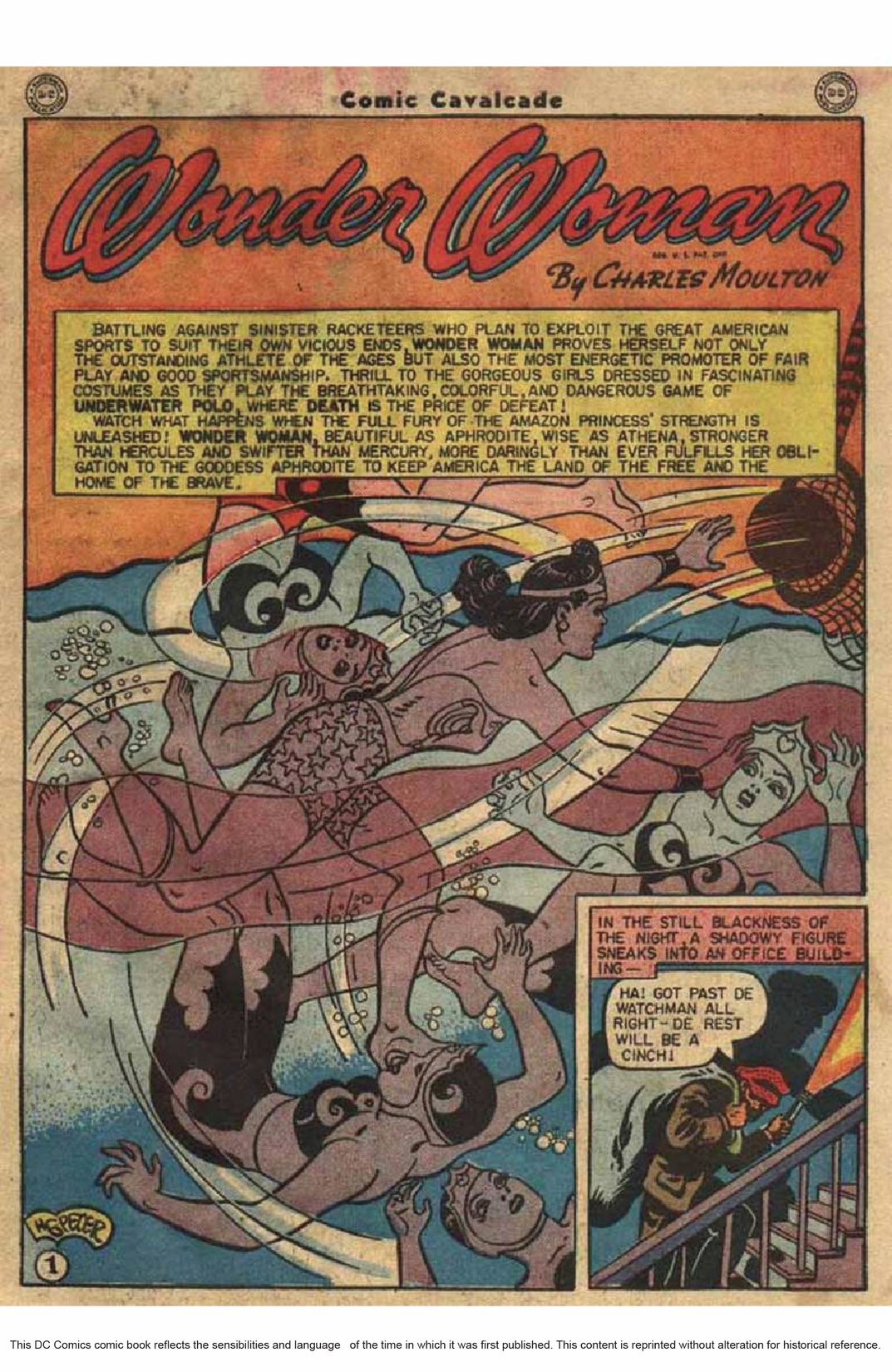 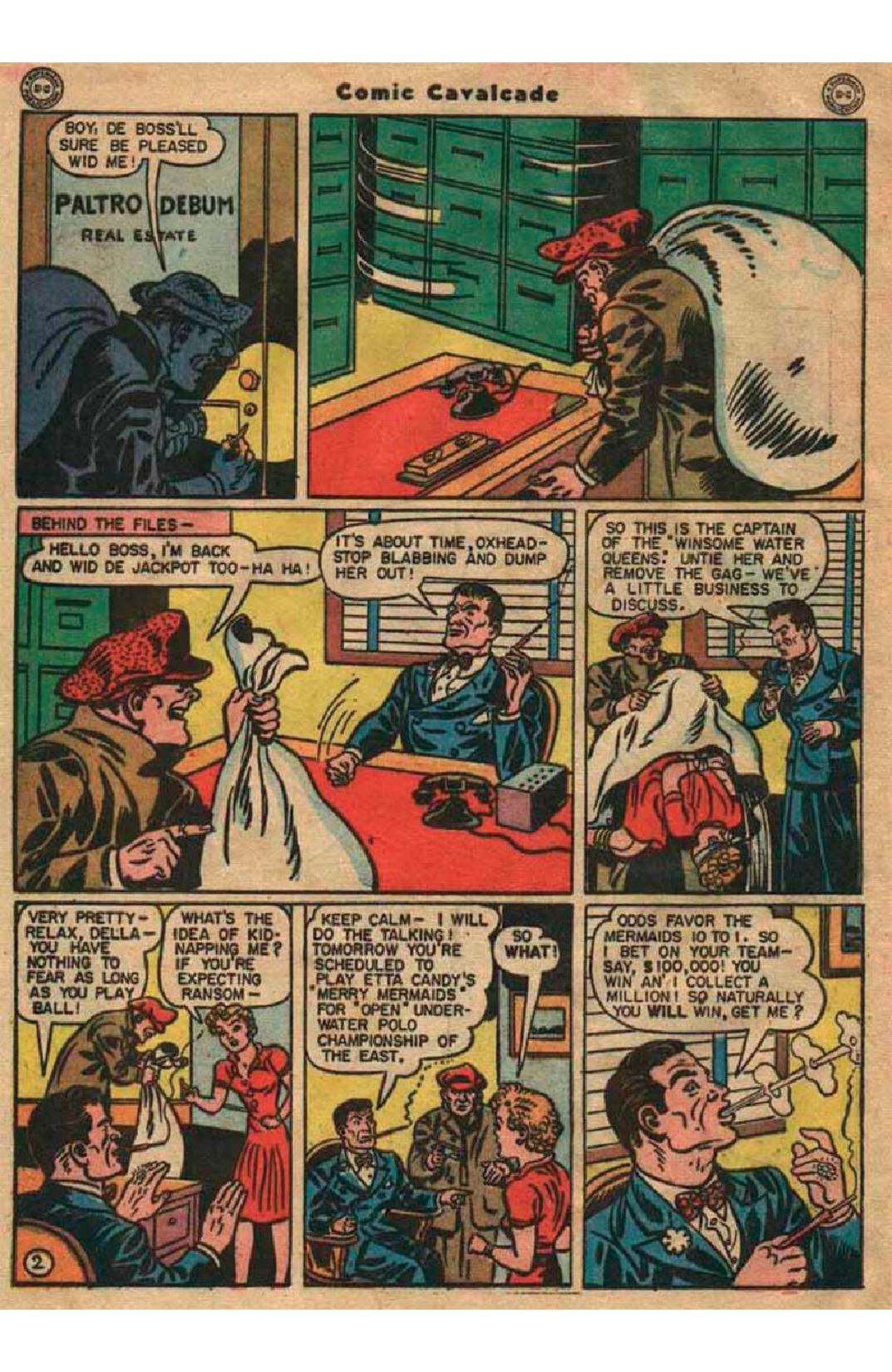 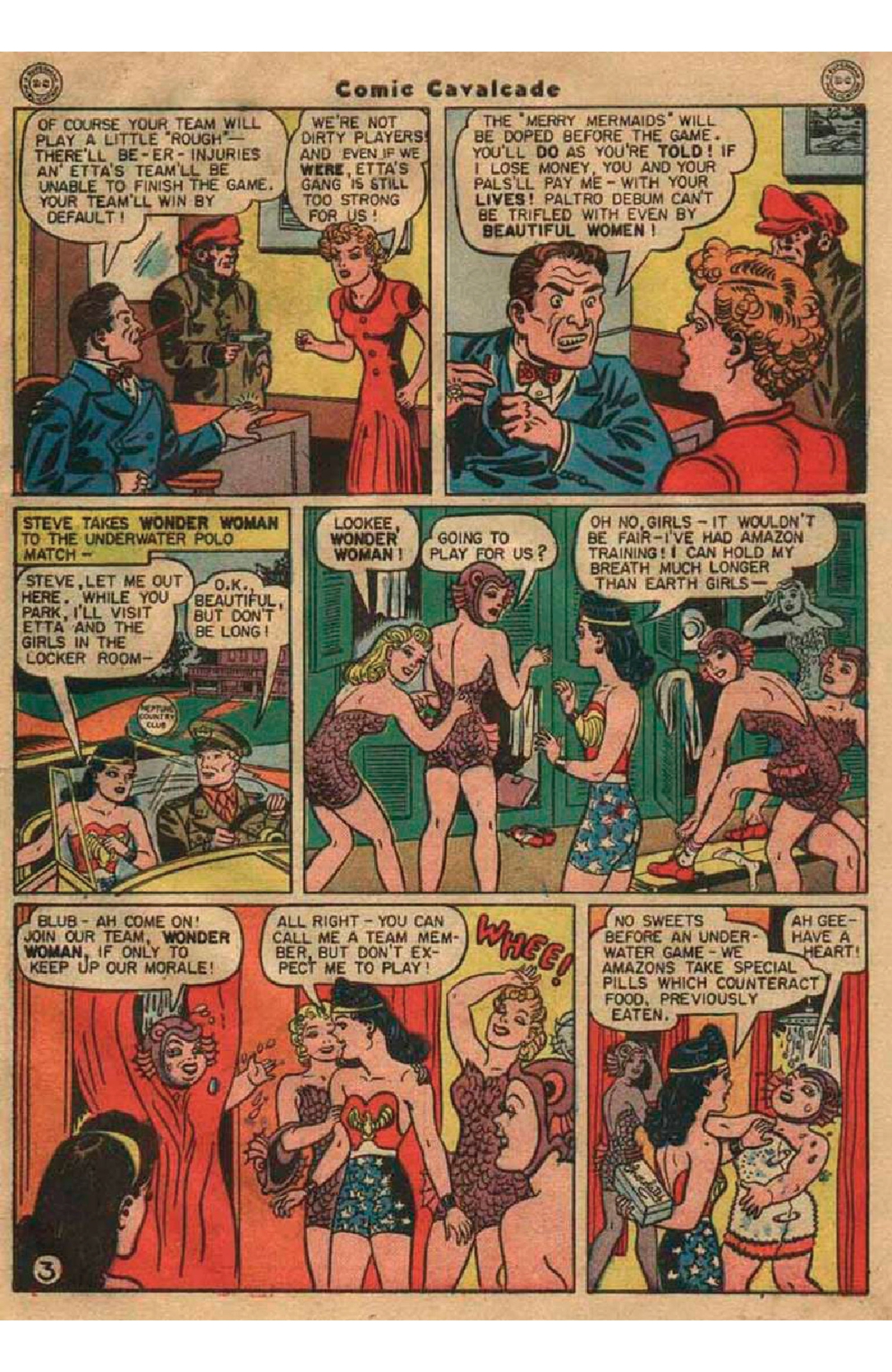 Racketeers kidnap the Captain of a water polo team and force them to play dirty against the team of Etta Candy. Wonder Woman intervenes and is captured with her lasso, has her bracelets removed, and is placed in Etta's polo team bus, and then buried in quicklime.