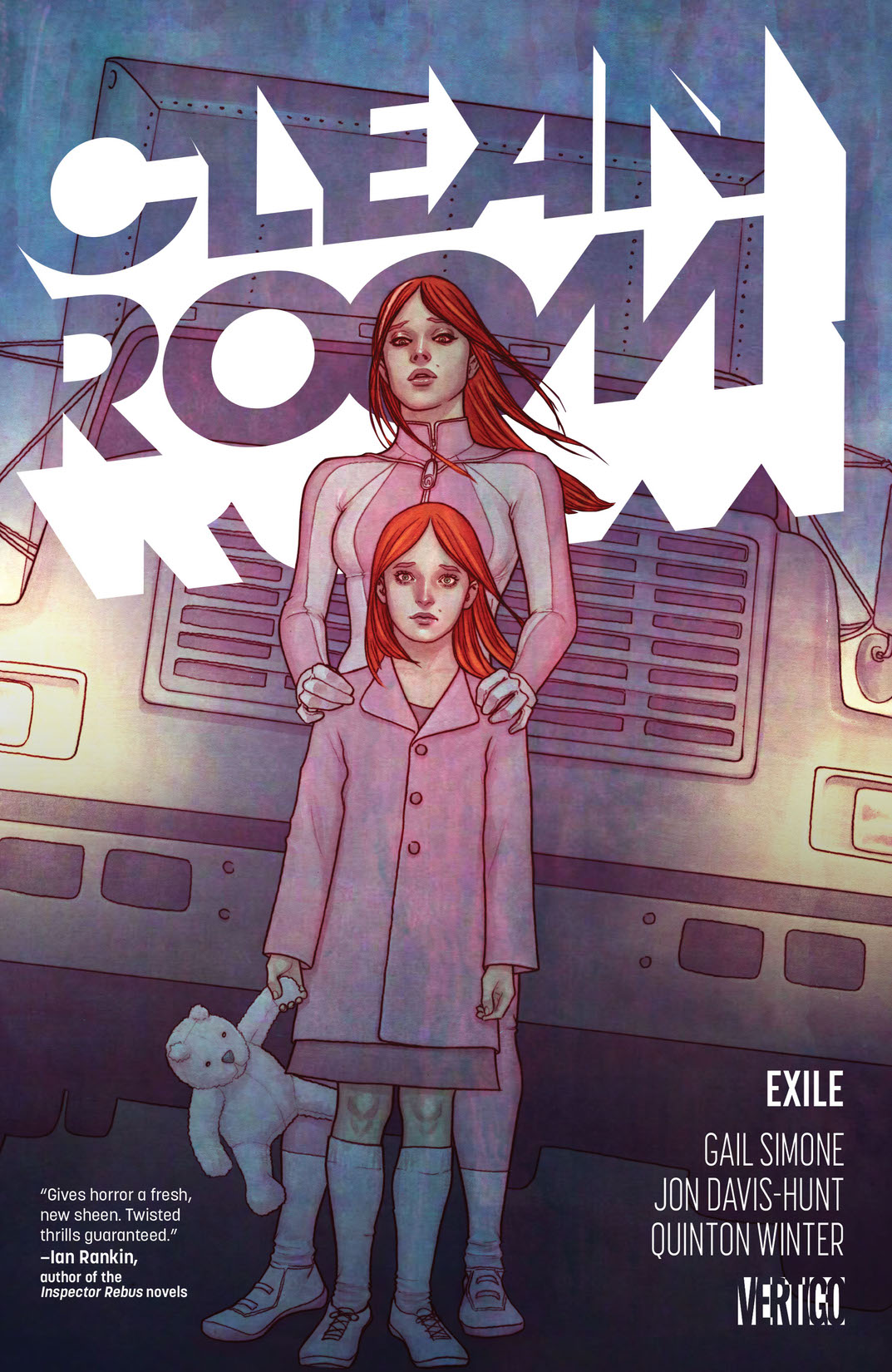 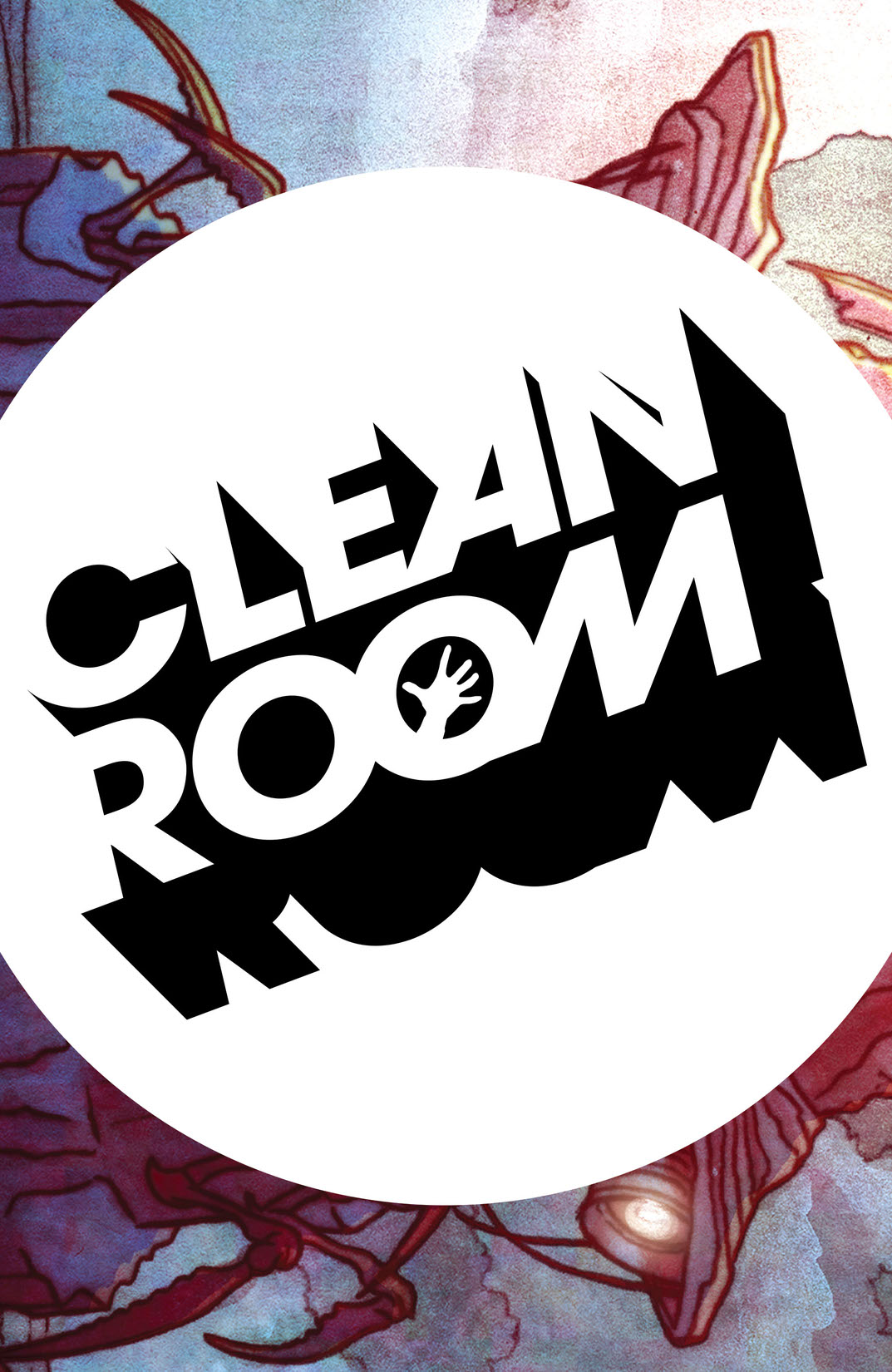 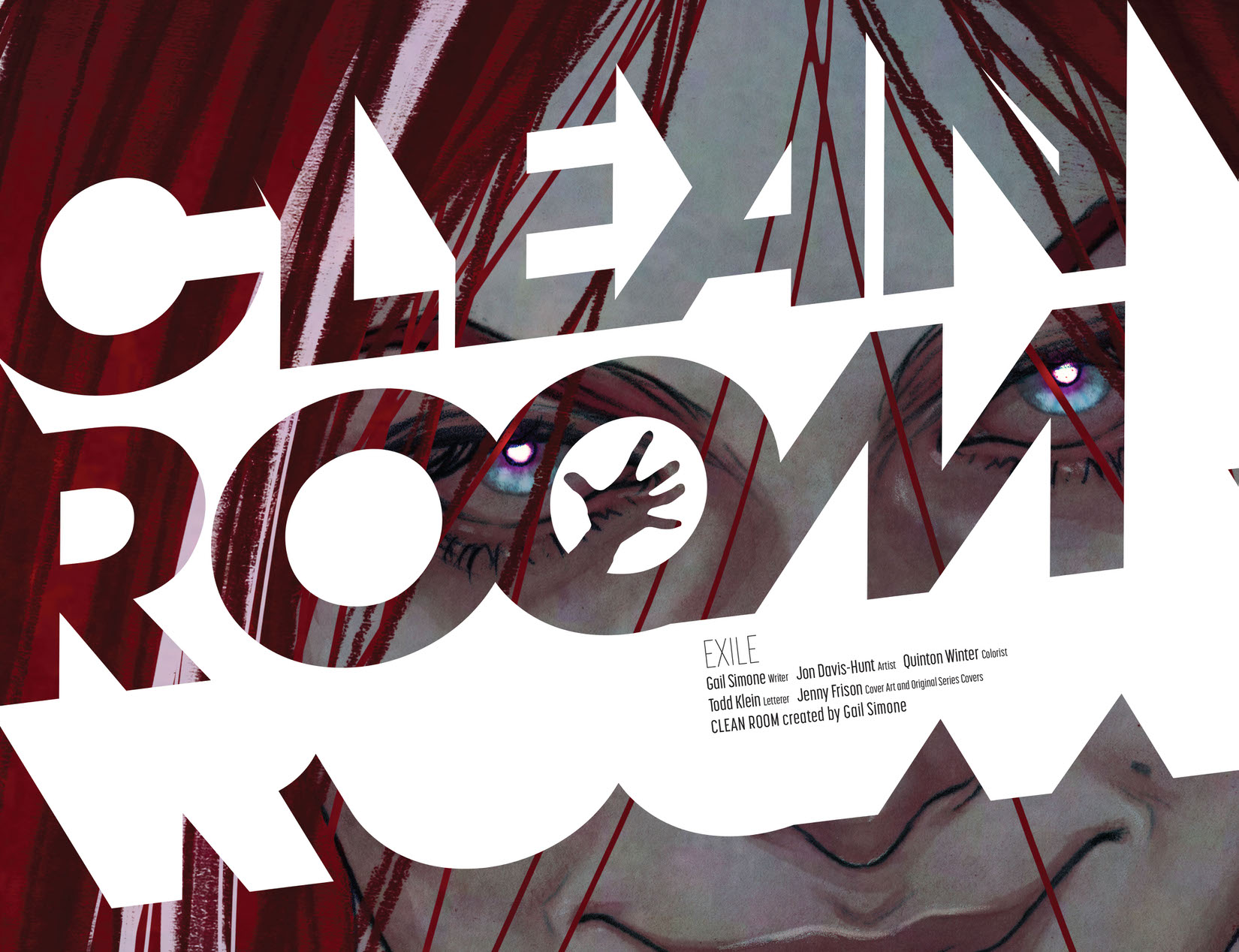 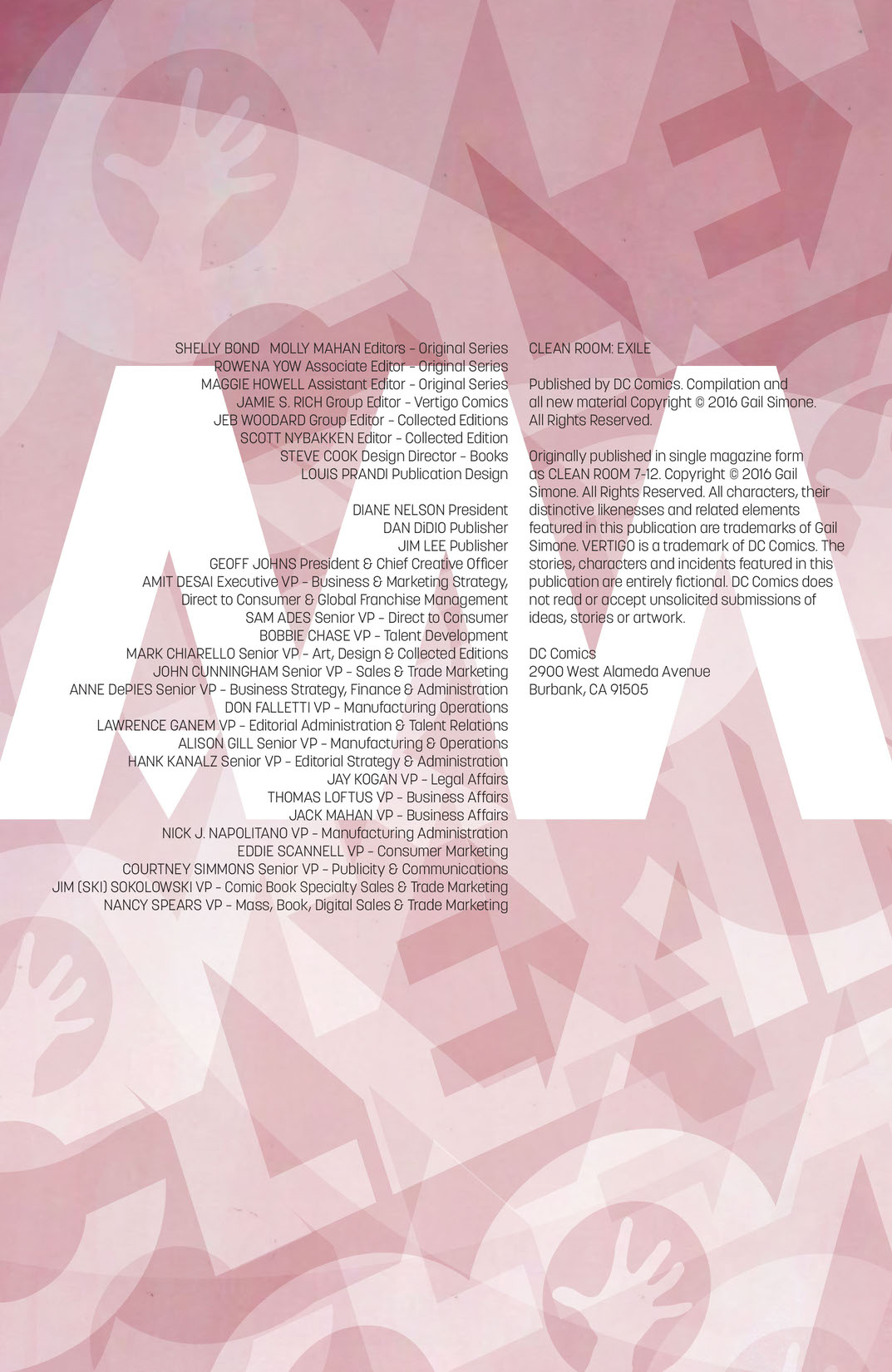 HELL IS REAL. AND THE DEVIL IS COMING. Astrid Mueller is a world-famous horror novelist, a publicly reviled huckster and the all-powerful leader of a secretive cult whose tentacles reach into every sphere of American life. She’s also humanity’s last hope. You see, her organization’s apocalyptic beliefs are neither fraud nor fiction. Ever since she was a child, Astrid has been able to see the extradimensional entities preying on our unsuspecting world, and she’s used every ounce of her fame and fortune to stop them. But what if it’s not enough? When a shocking attack takes the seemingly indestructible Astrid down, it’s up to reporter Chloe Pierce and Mueller’s inner circle to root out the conspirators who are plotting against her and the entire human race. Because behind closed doors—and underneath the skin—unimaginable evil is preparing its ultimate assault, and not even Astrid’s inner sanctum, the Clean Room, can keep them out forever. Acclaimed talents Gail Simone and Jon Davis-Hunt continue their captivating new horror saga with CLEAN ROOM VOL. 2: EXILE, collecting issues #7-12 of this Vertigo series.