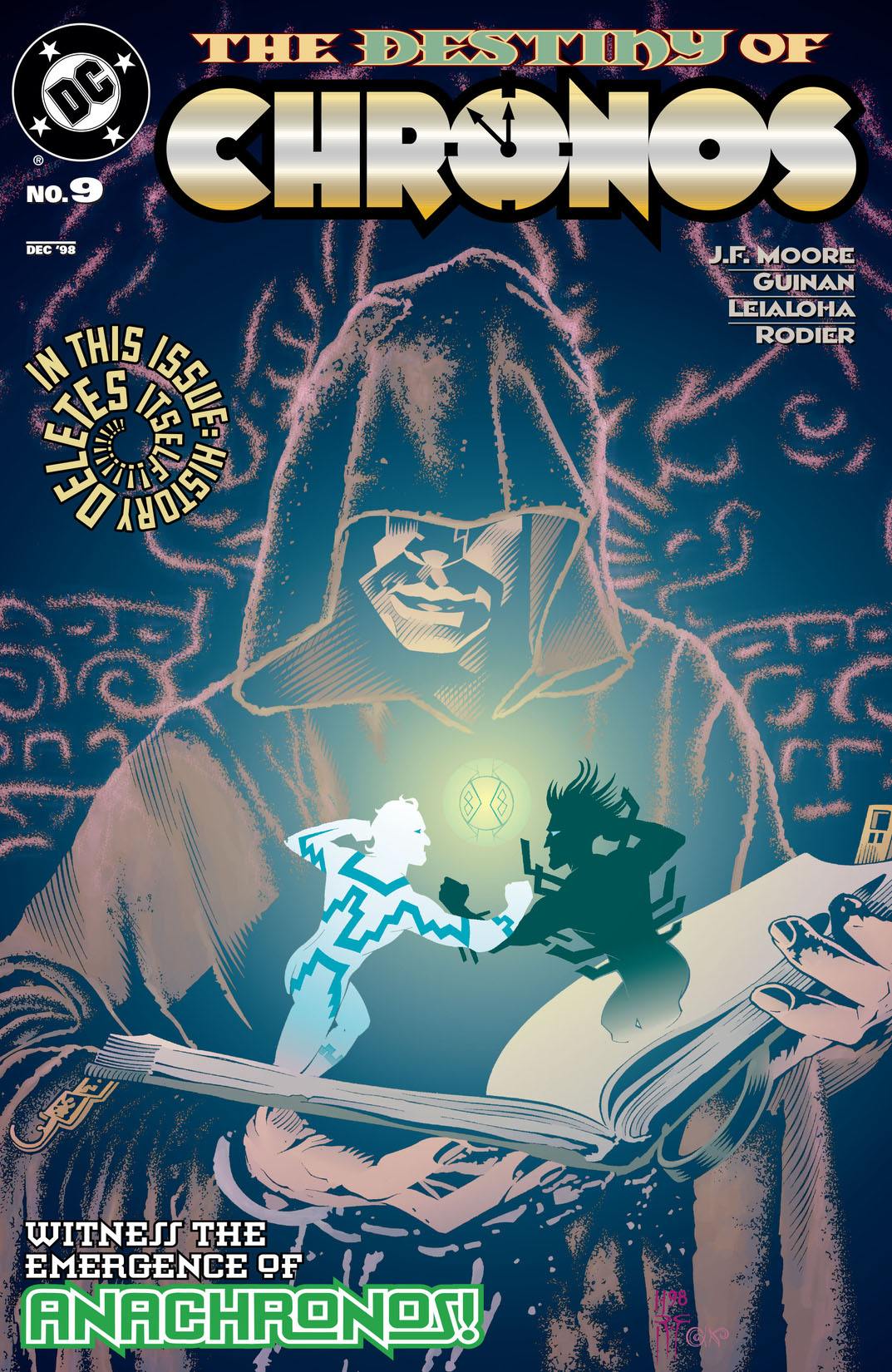 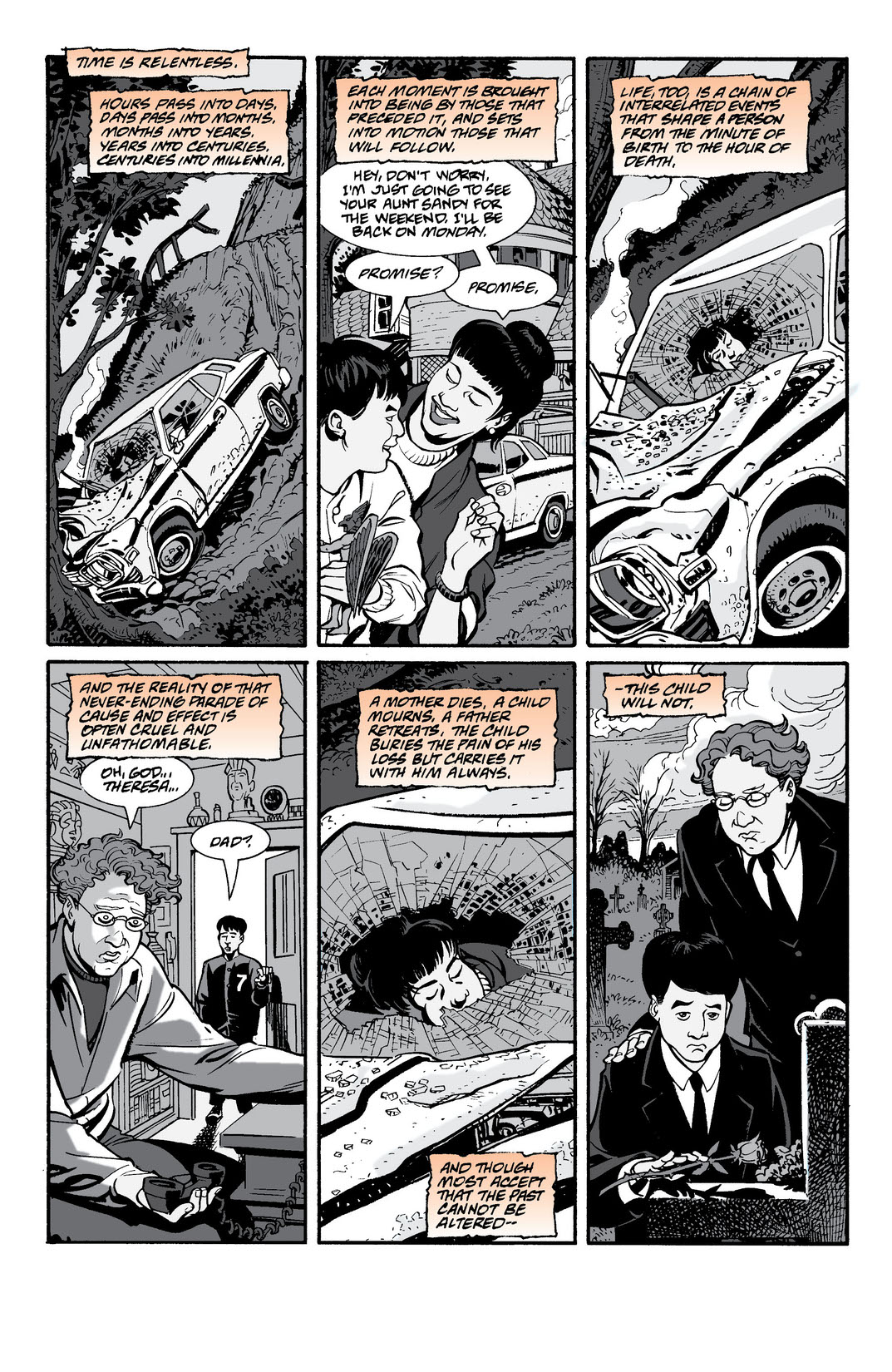 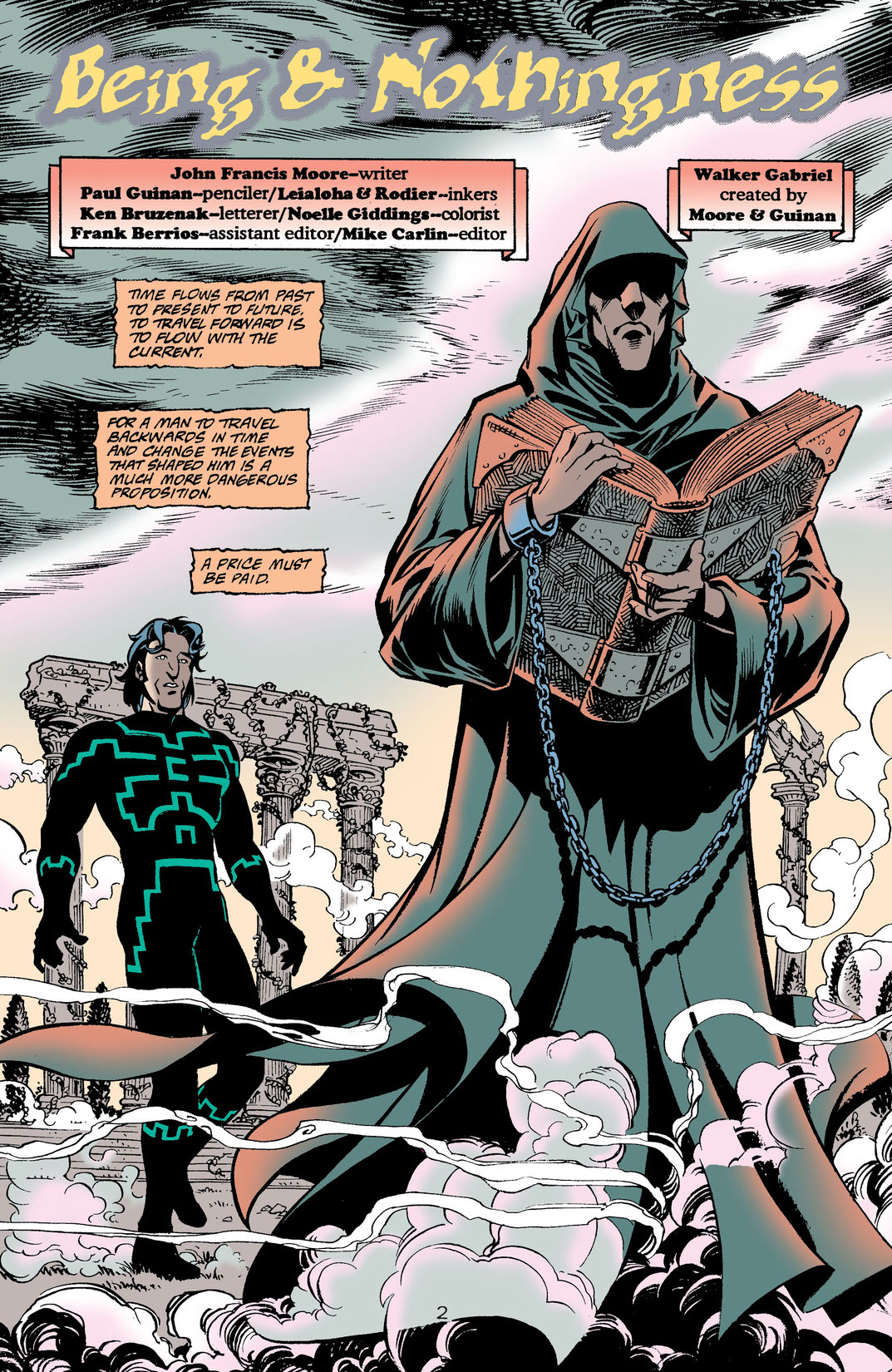 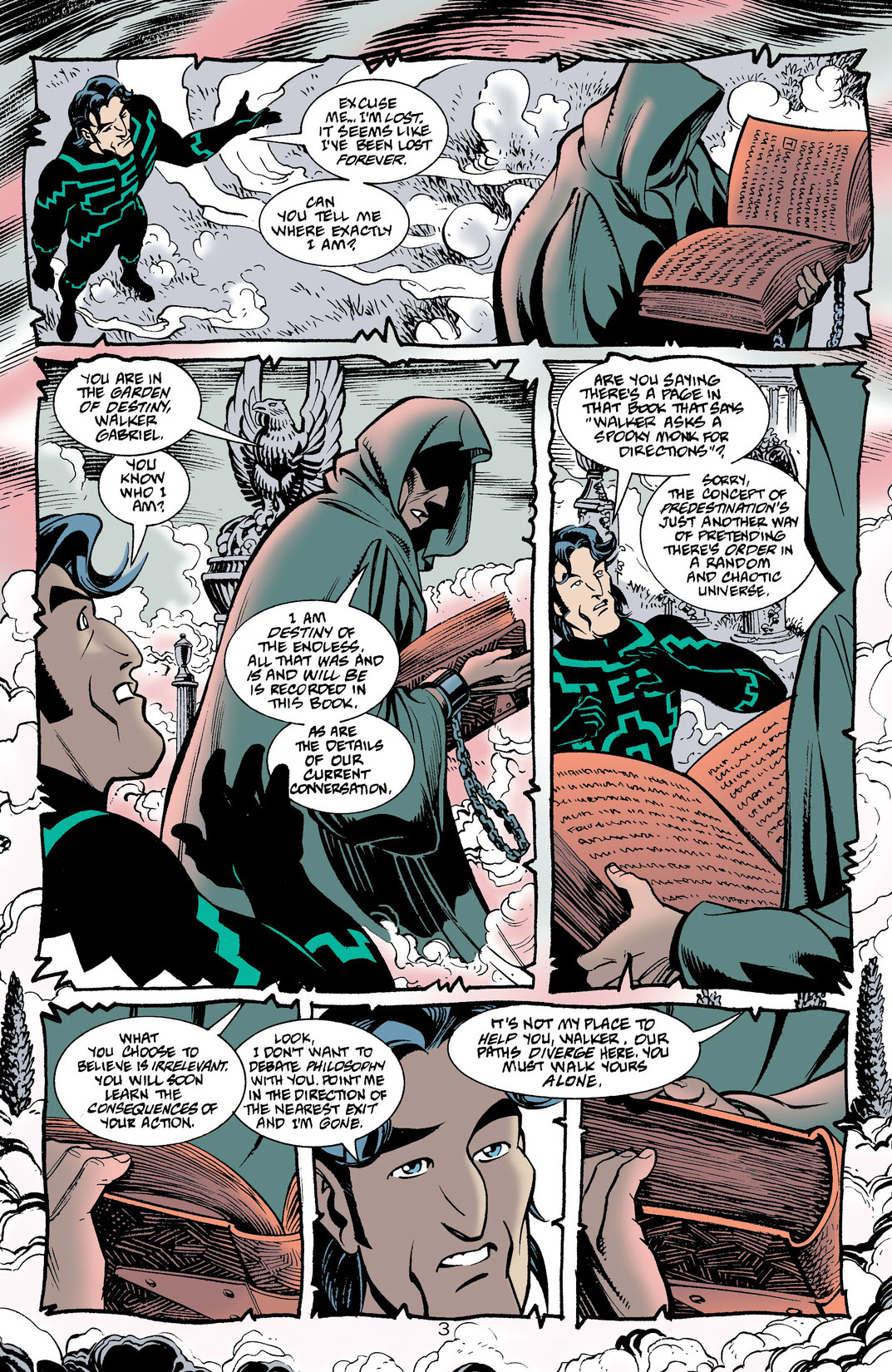 In a stunning turn of events, Walker Gabriel becomes… "The Man Who Chose Not to Exist!" Using his unique abilities, Chronos saves his mother from her decades-earlier death, but, in so doing, plunges the world into a crippling war! The only solution is for Chronos to wipe himself from existence. Opposing him is his crazed doppelganger-the insane new nemesis Anachronos! If Walker Gabriel succeeds, his mother will live and the world will return to normal, but he will truly become the Man Out of Time!