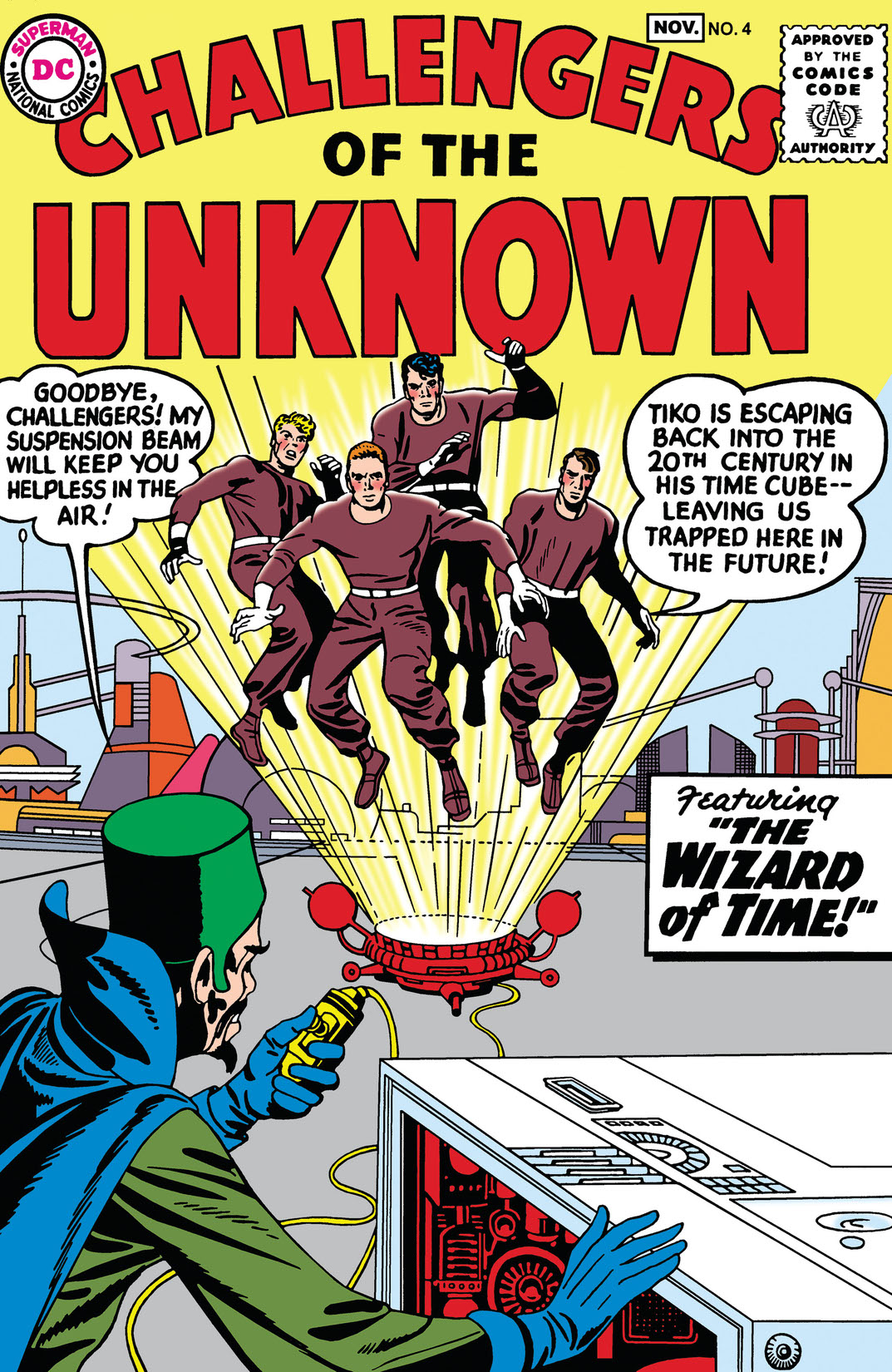 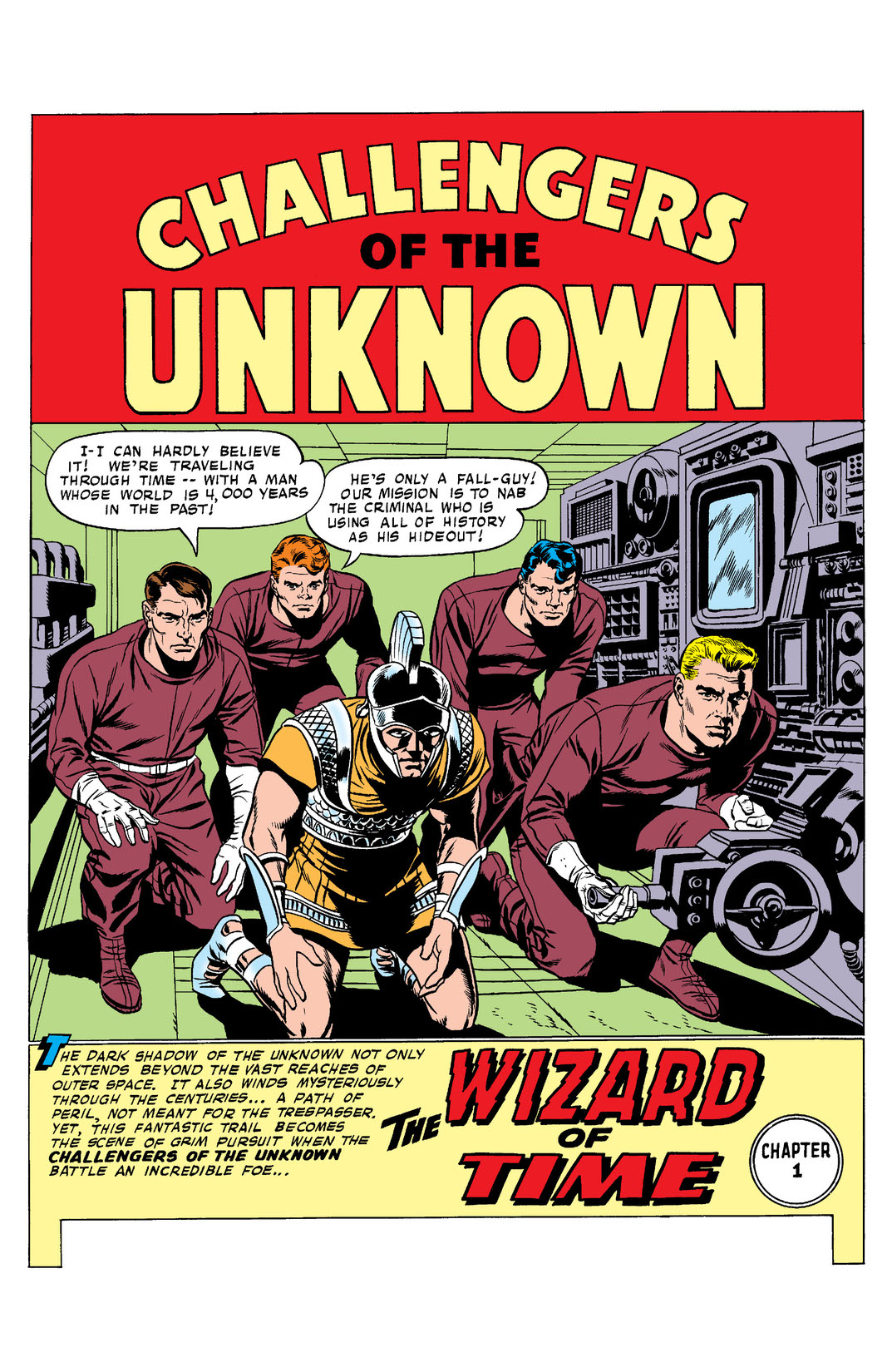 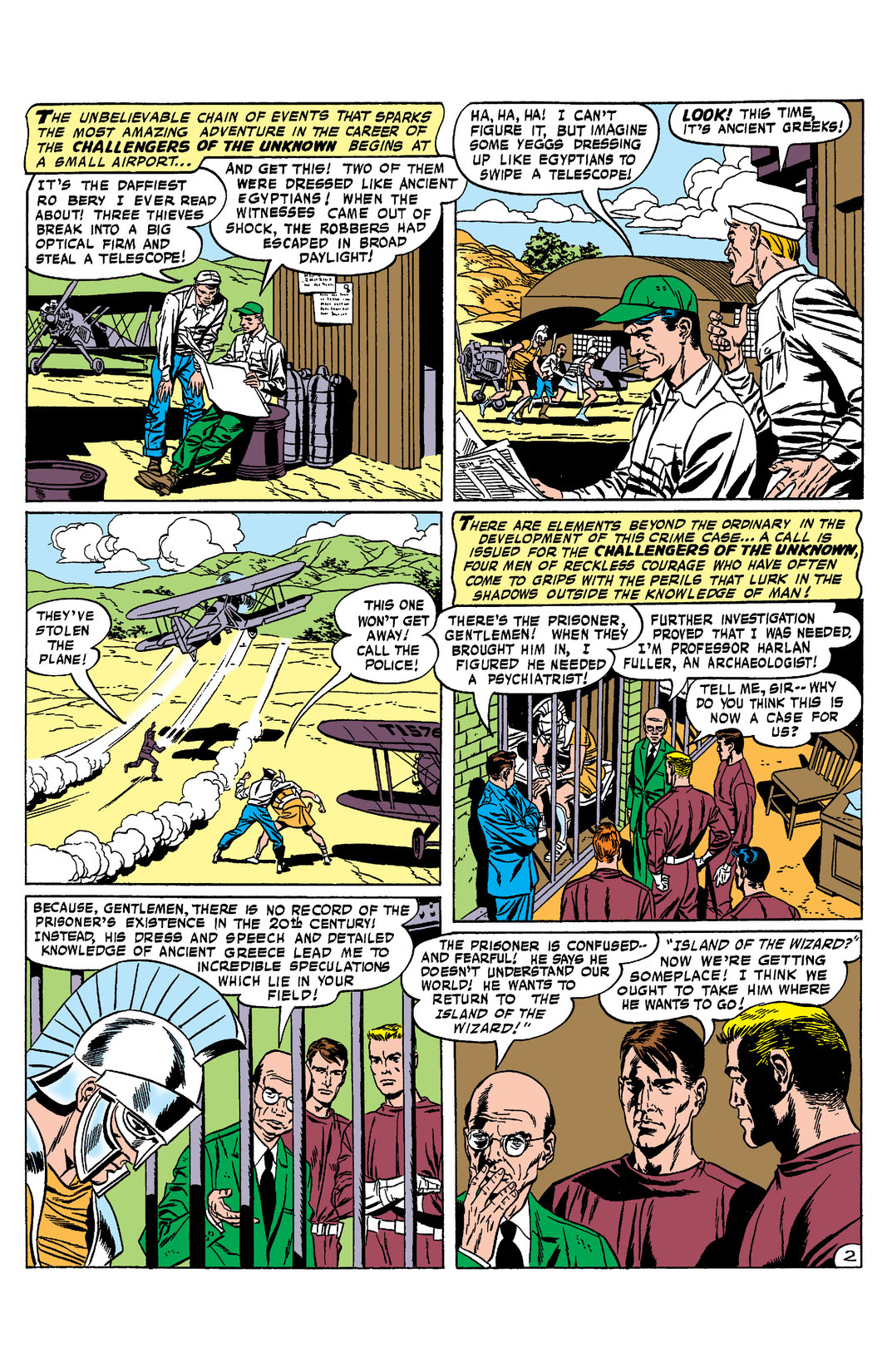 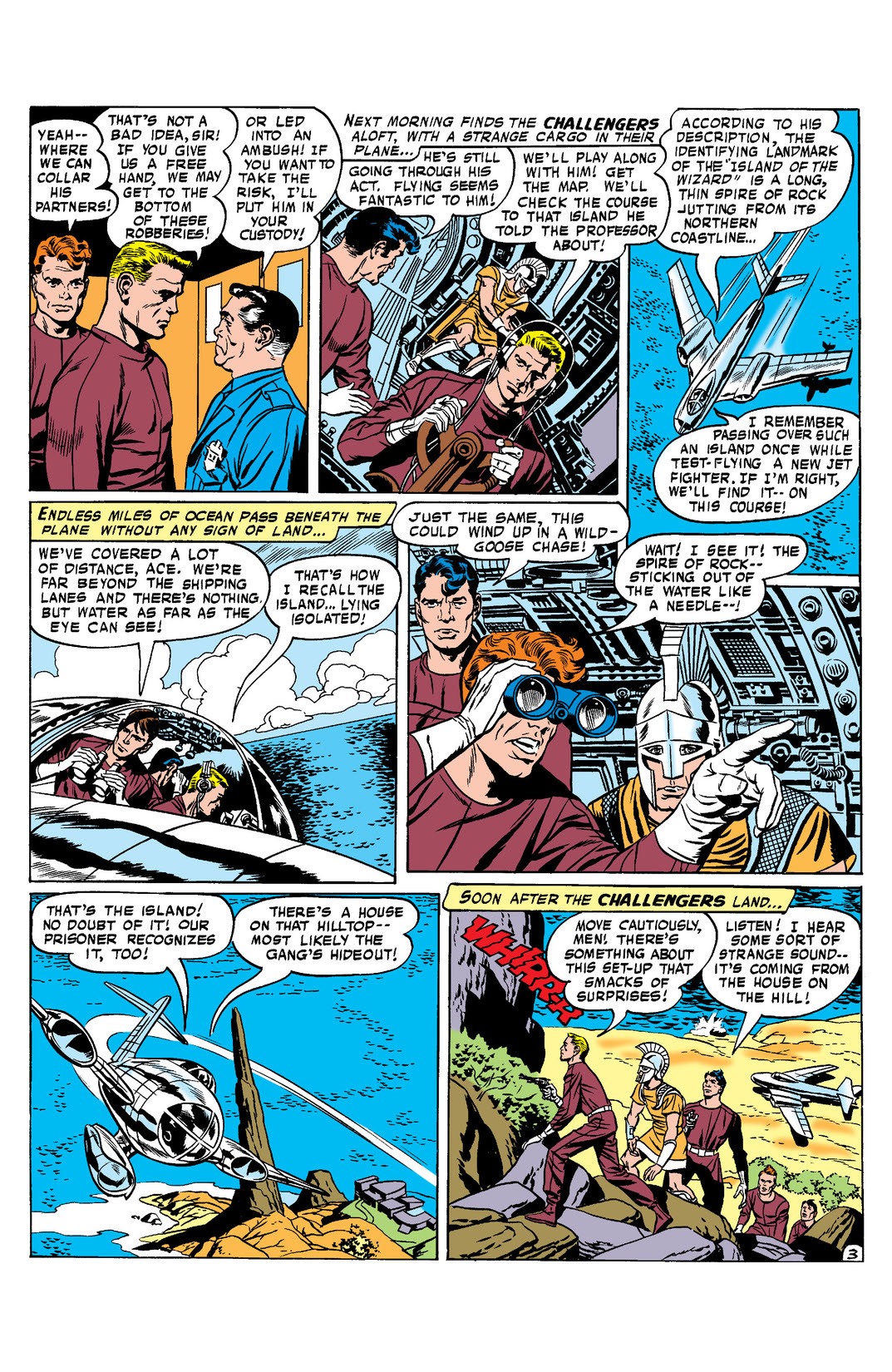 The Challengers of the Unknown are called in to investigate an apparent Greek soldier who has appeared in modern times and stolen a plane and other artifacts. They learn that he was summoned by the "wizard of time," a scientist named Darius Tiko who intends to use a time cube to travel to the future and bring back powerful weapons to the present!