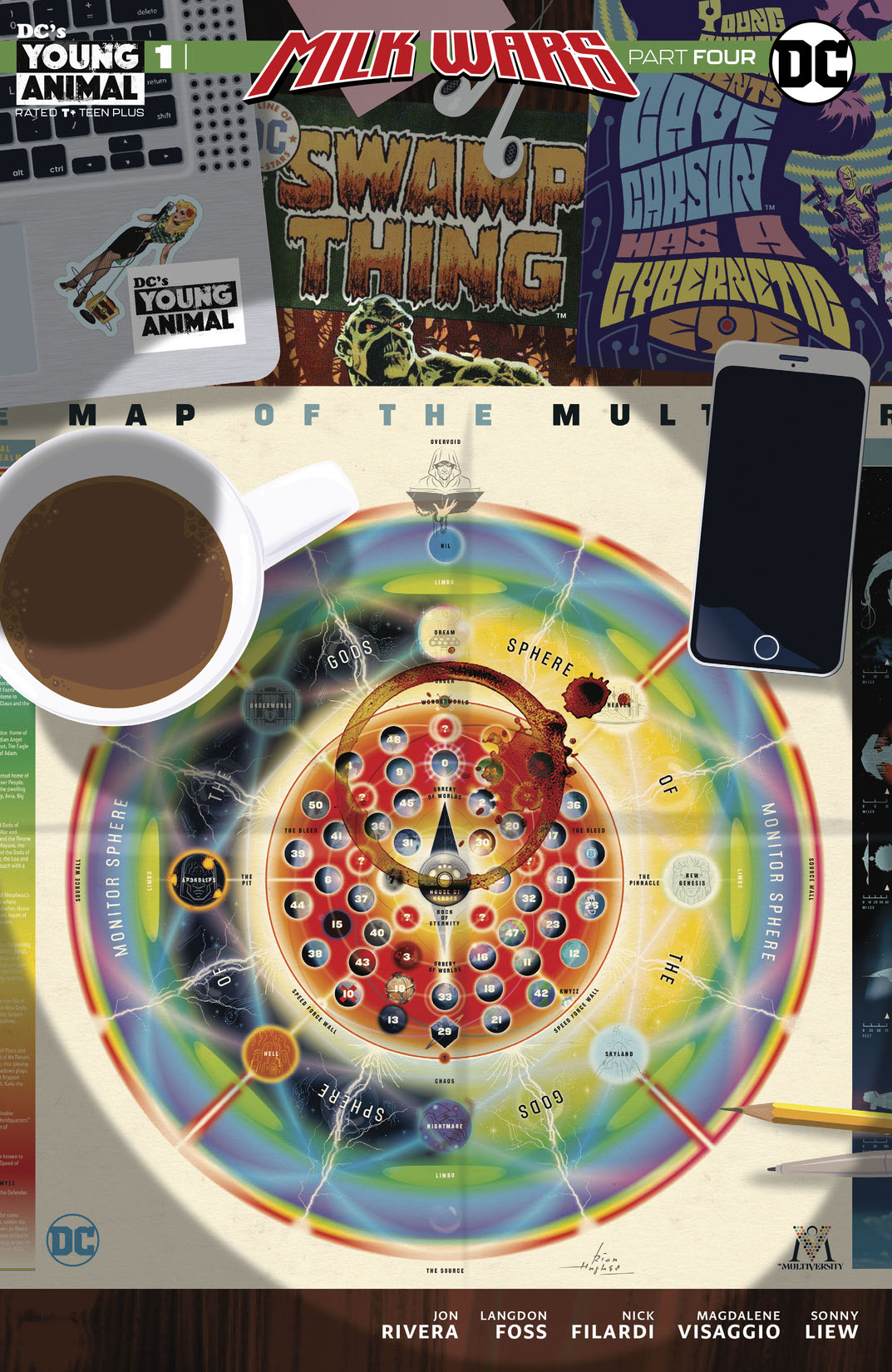 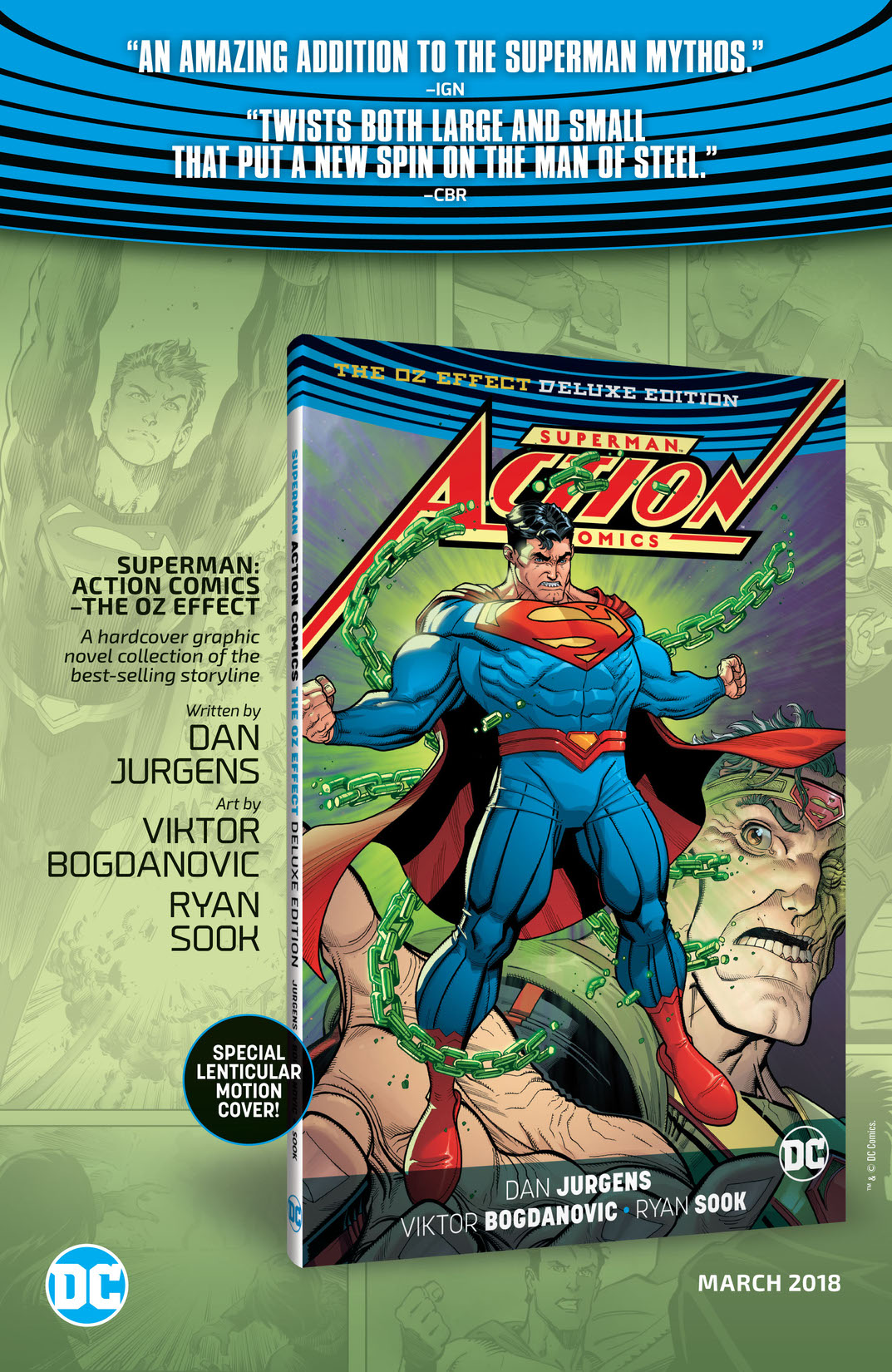 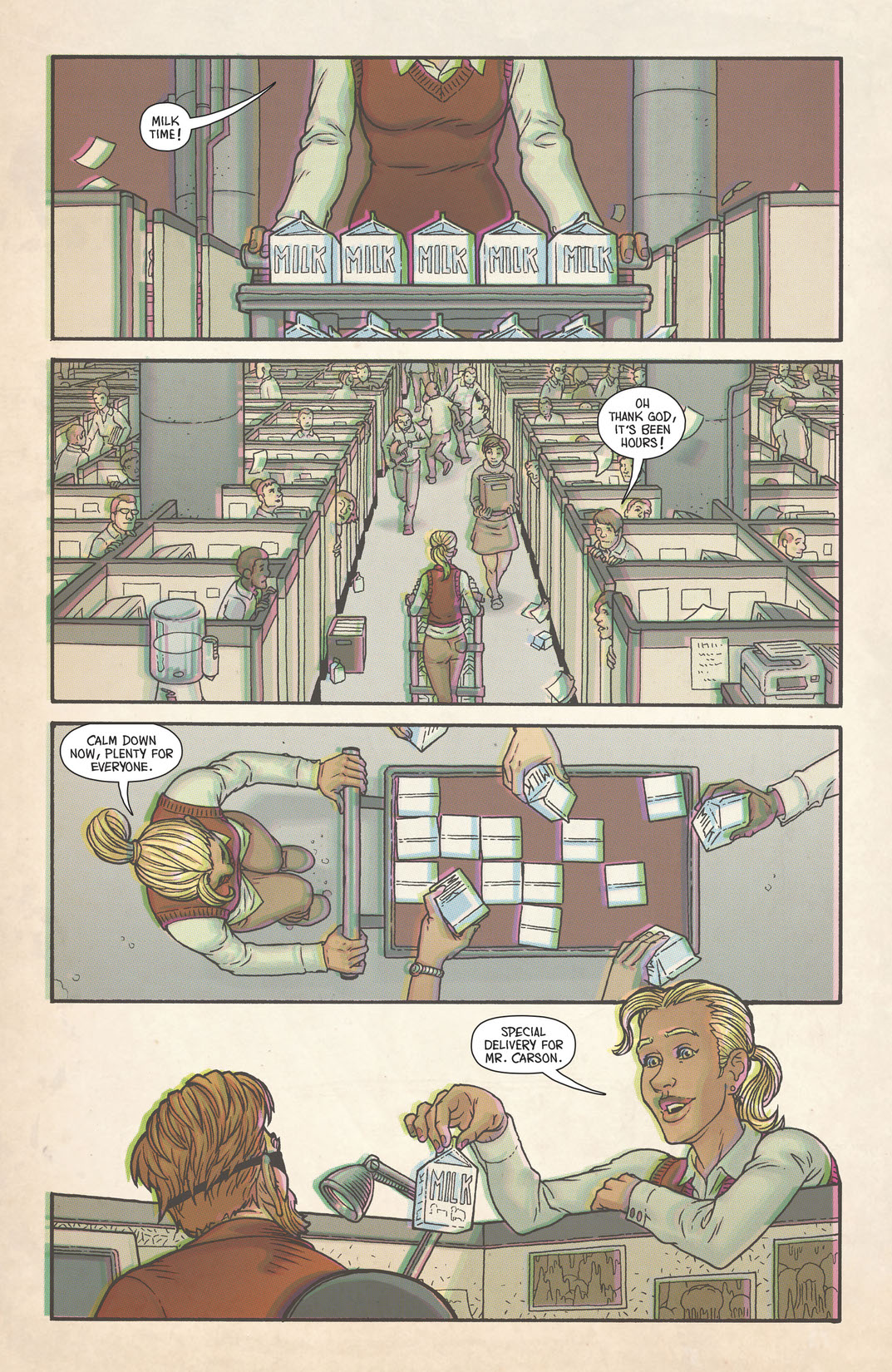 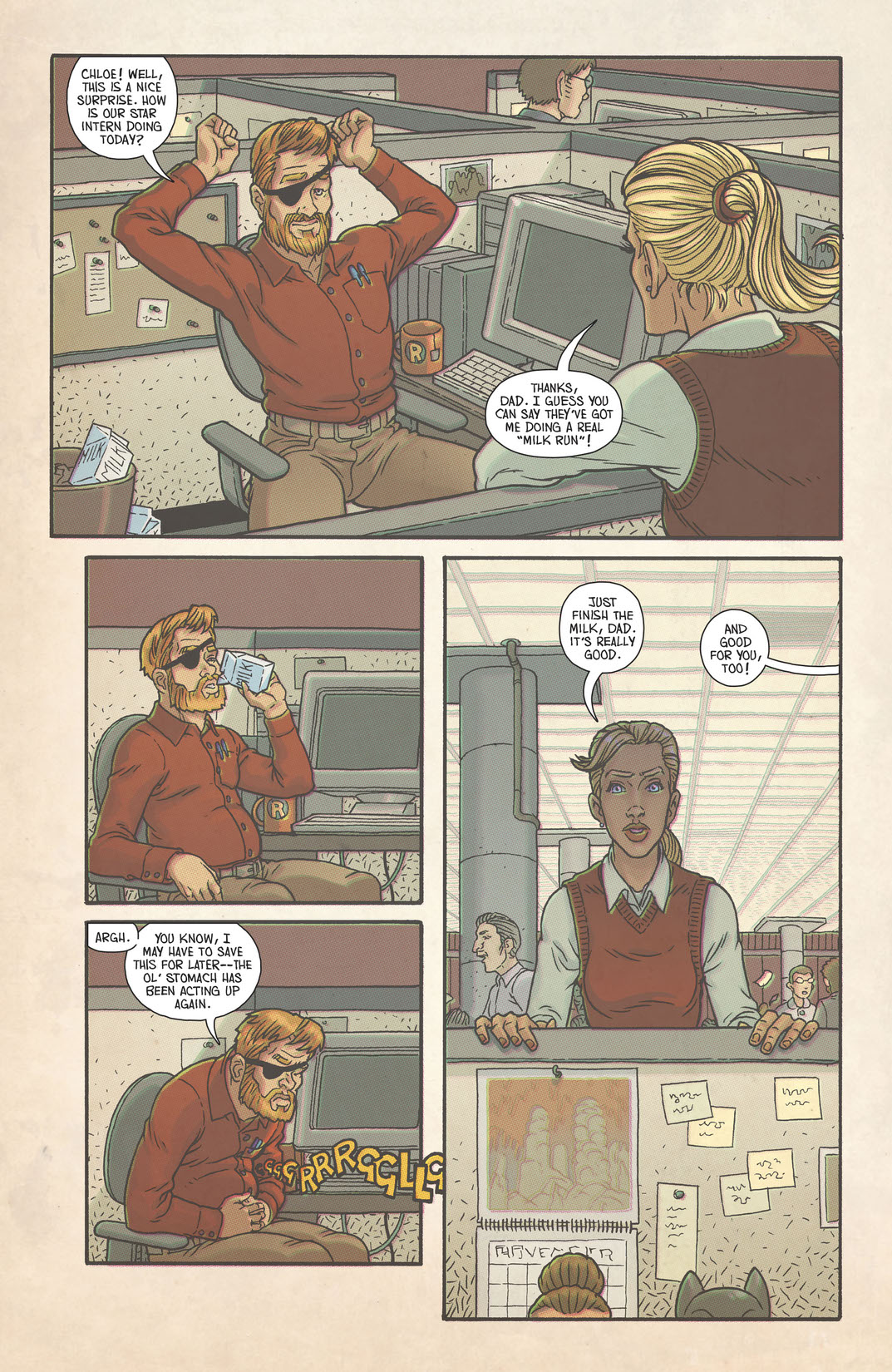 “MILK WARS” part four! Swamp Thing has detected a disturbance in the Green, and his hunt for it has led him to RetCo headquarters. There he finds Cave Carson and his crew struggling against being assimilated into RetCo’s diabolical narrative. Is it possible for Swampy and Cave to destroy the organization from the inside? Plus, find out how their efforts help Eternity Girl in the final installment of her backup story!