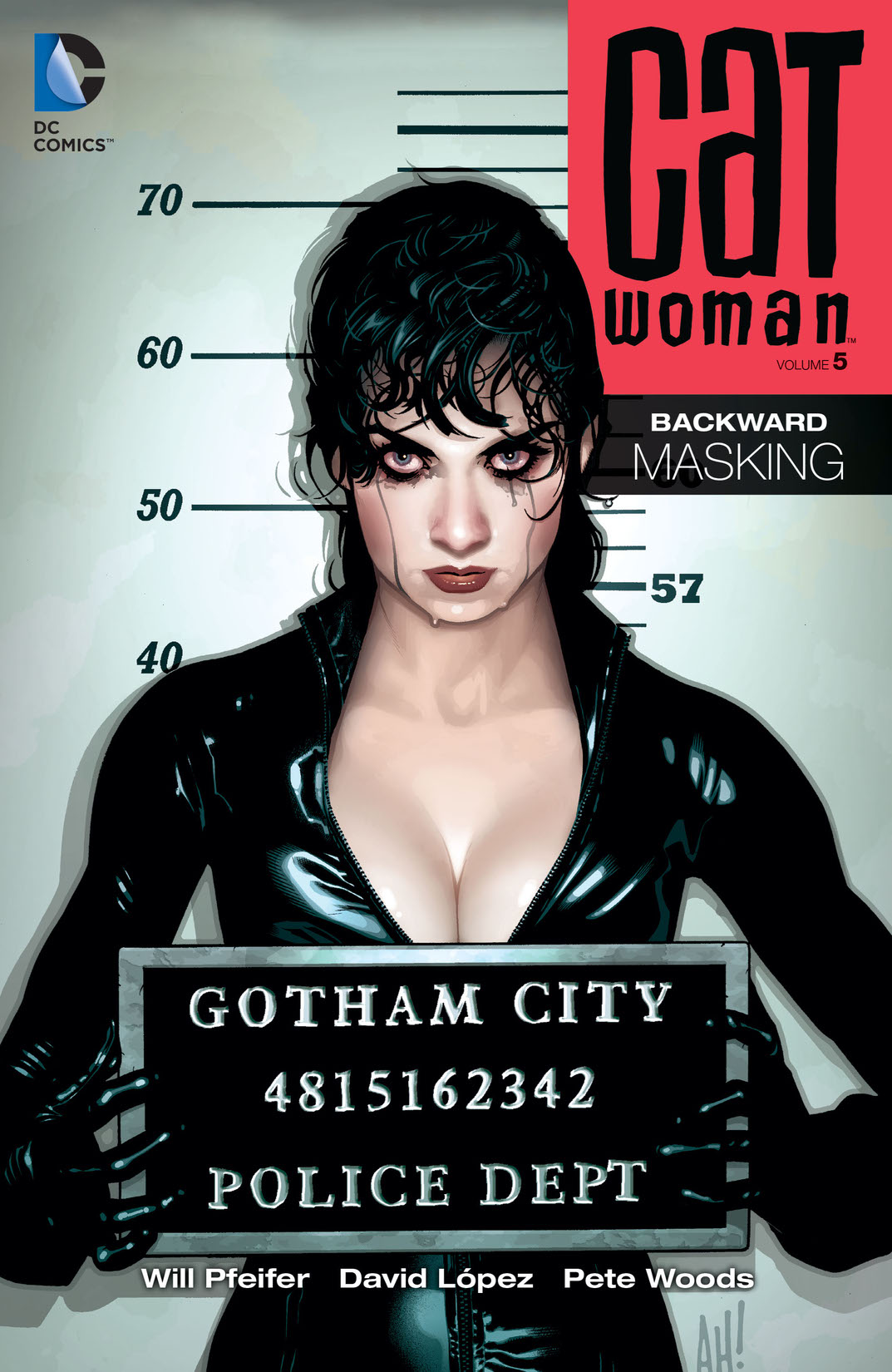 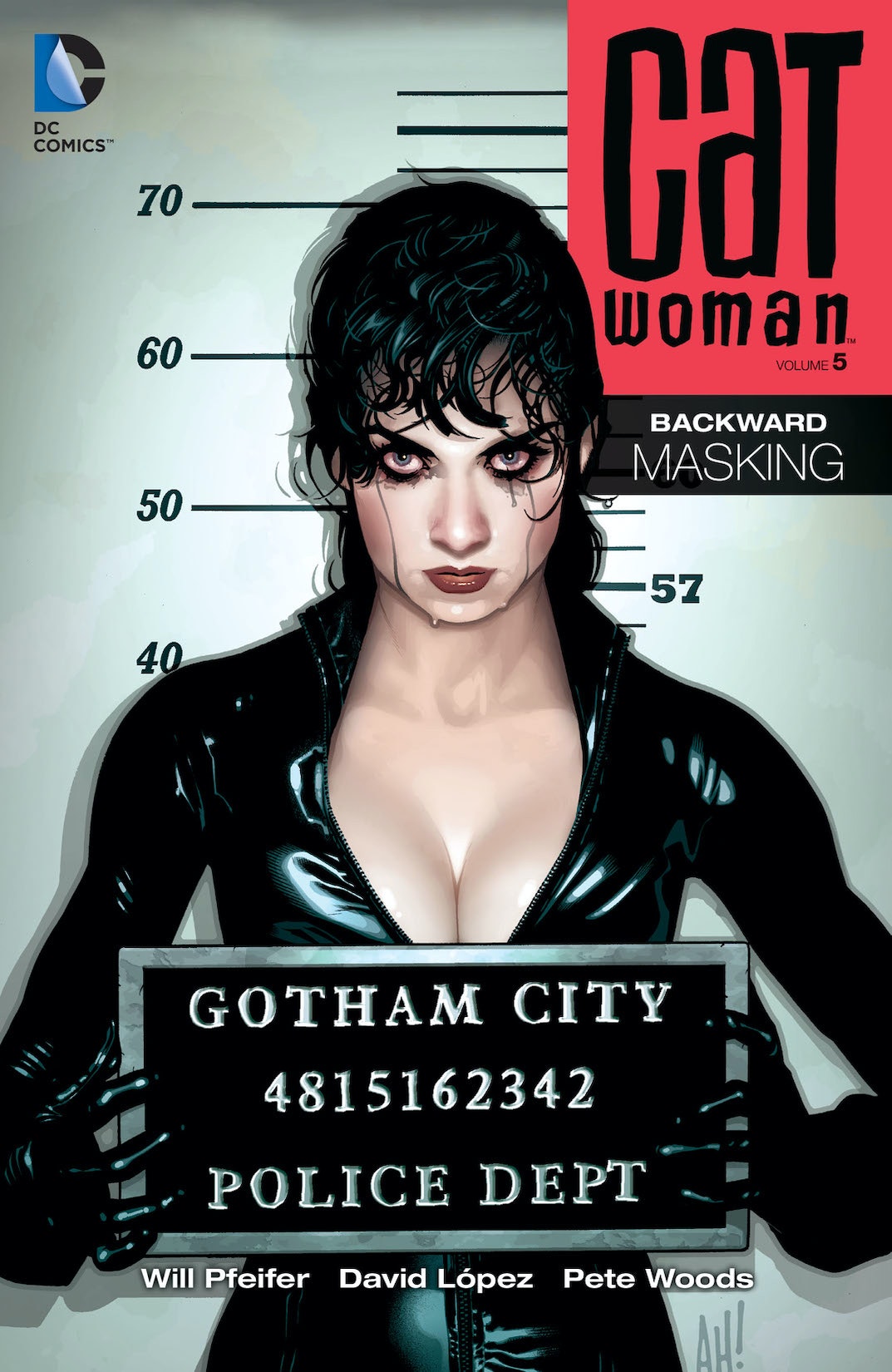 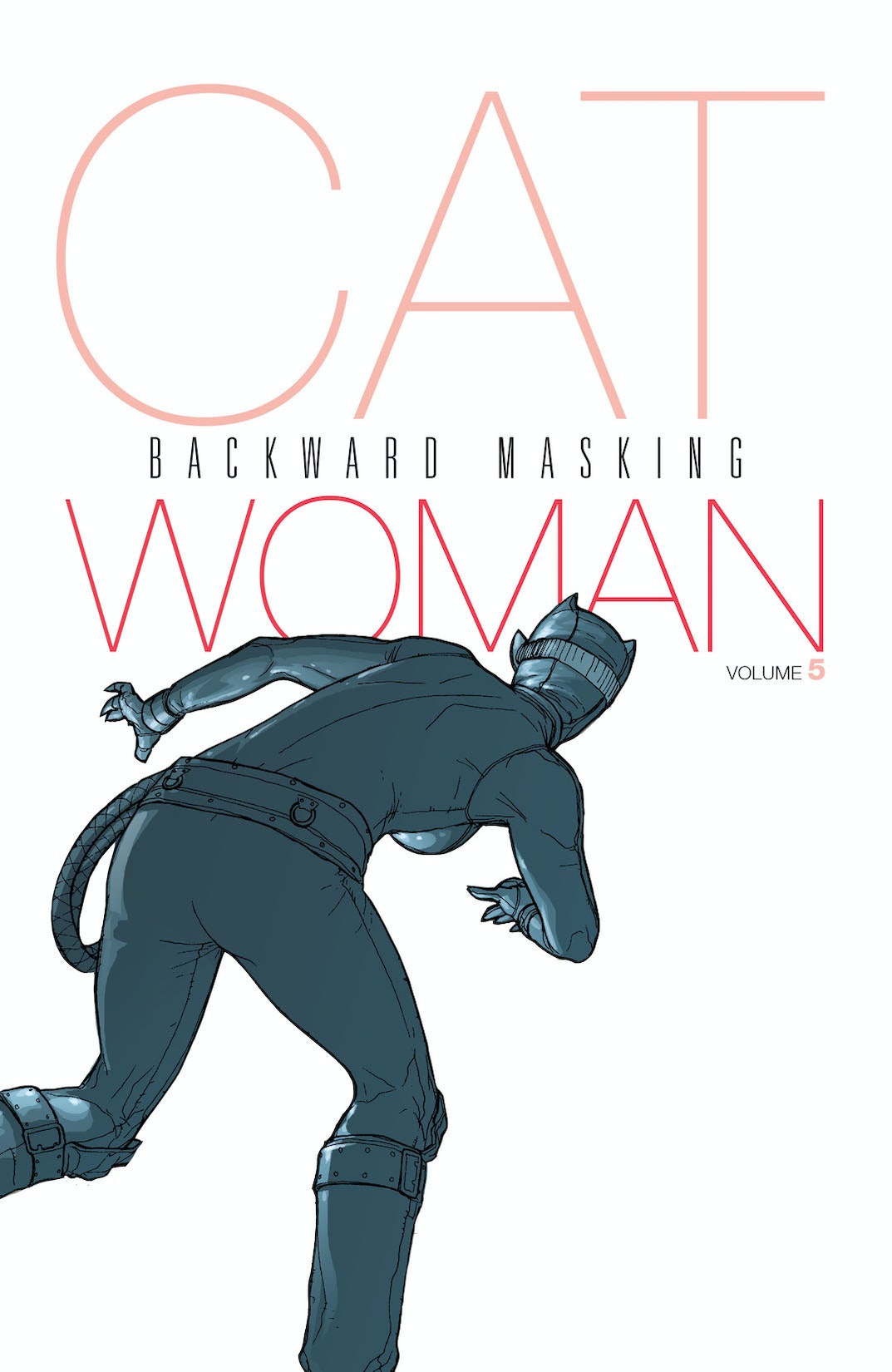 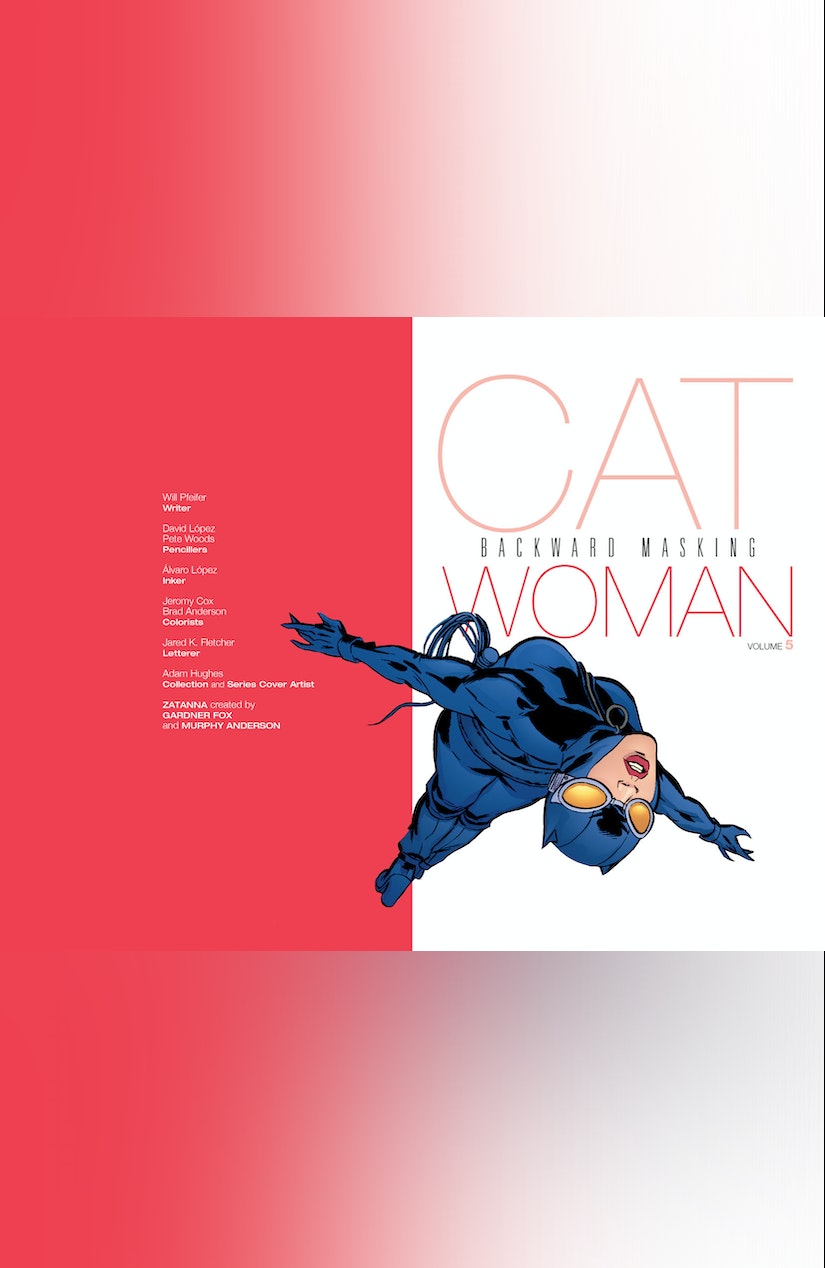 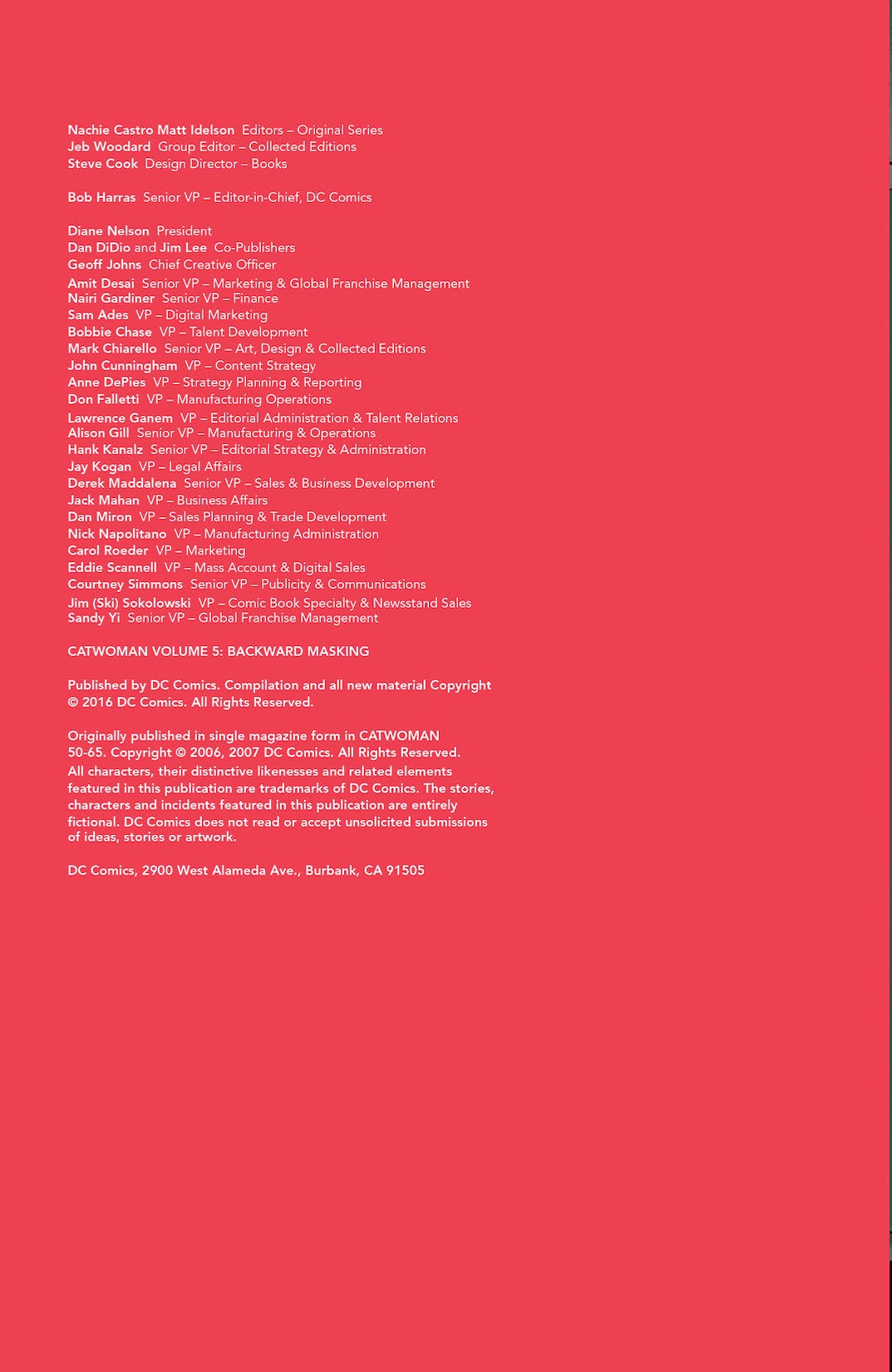 Will Pfeifer (TEEN TITANS) and artists Pete Woods (LEGION LOST) and David López (INJUSTICE: GODS AMONG US: YEAR ONE) take Catwoman in a whole new direction as Selina rediscovers who she is and who she has to protect. Who is Catwoman? That’s the question Selina Kyle is asking herself after discovering that her mind was altered by Zatanna and the Justice League, and she was changed to become more hero than villain. How does this affect her mission to protect Gotham City’s East End? Or her relationship with her friends Holly Robinson and Sam Bradley? After learning the truth, Selina’s life becomes chaos, but Black Mask doesn’t care. He has his own idea of who Catwoman is, and he’s about to tell her in the most bloody way possible. Collects CATWOMAN #50-65!