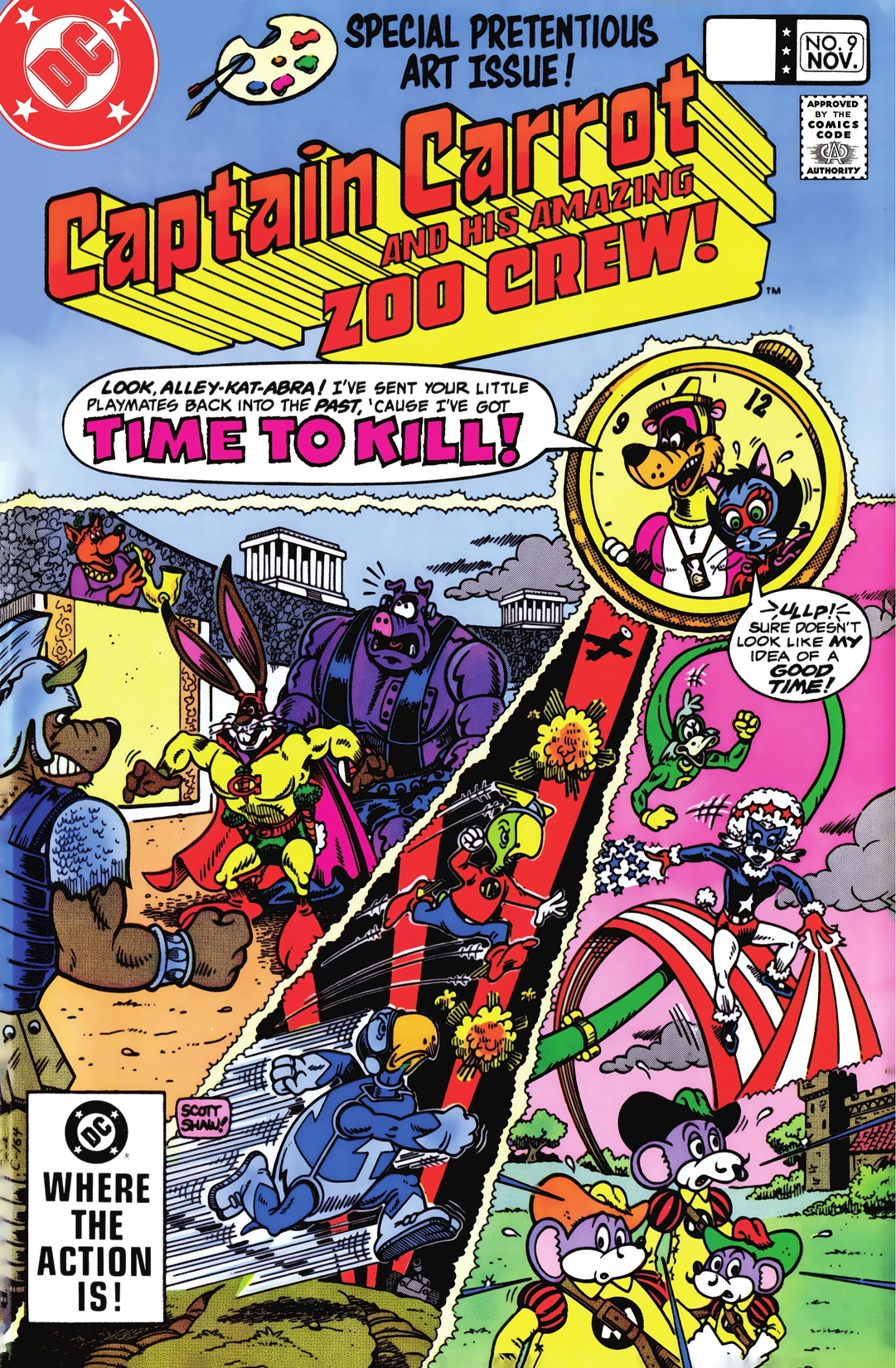 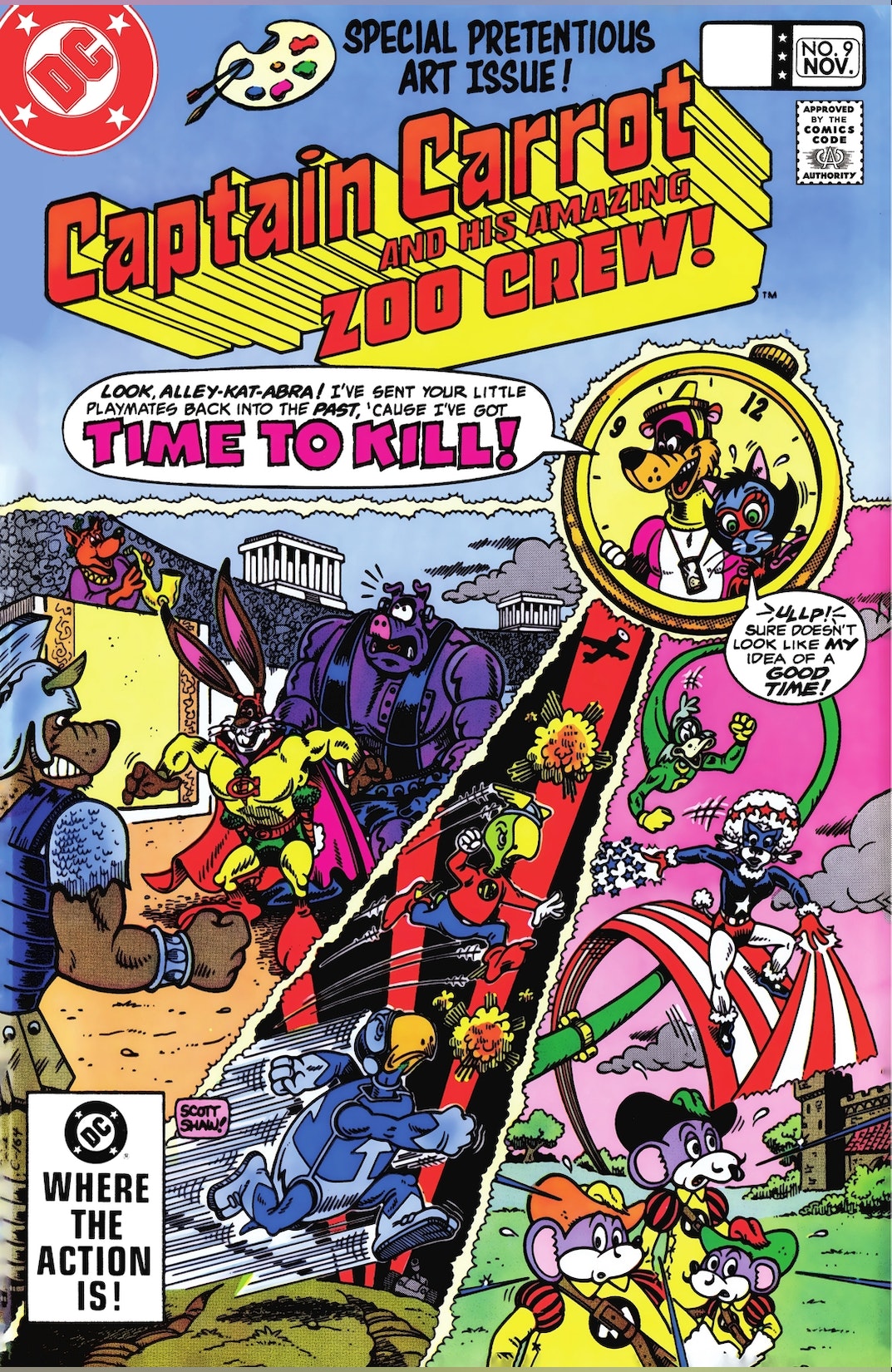 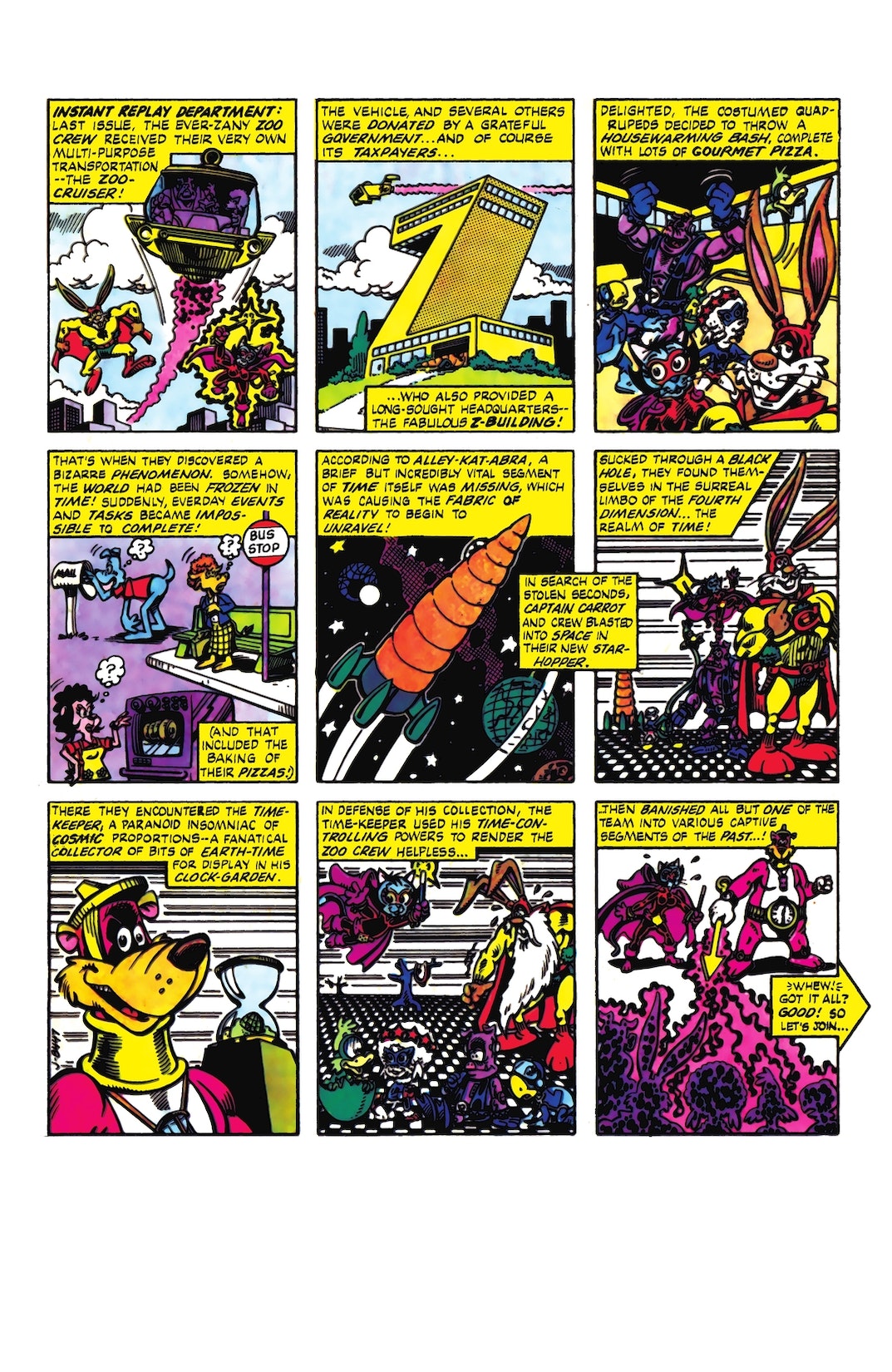 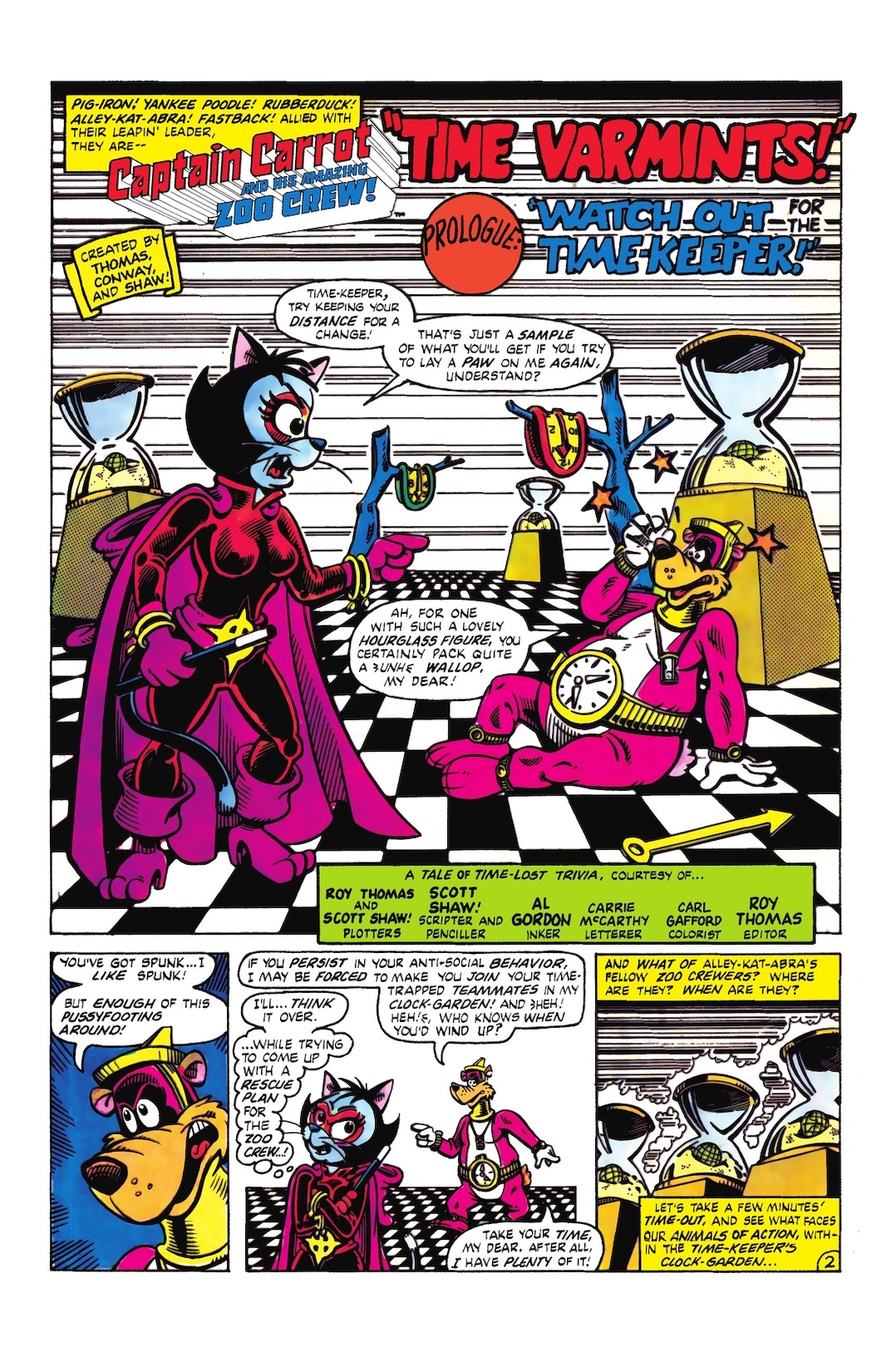 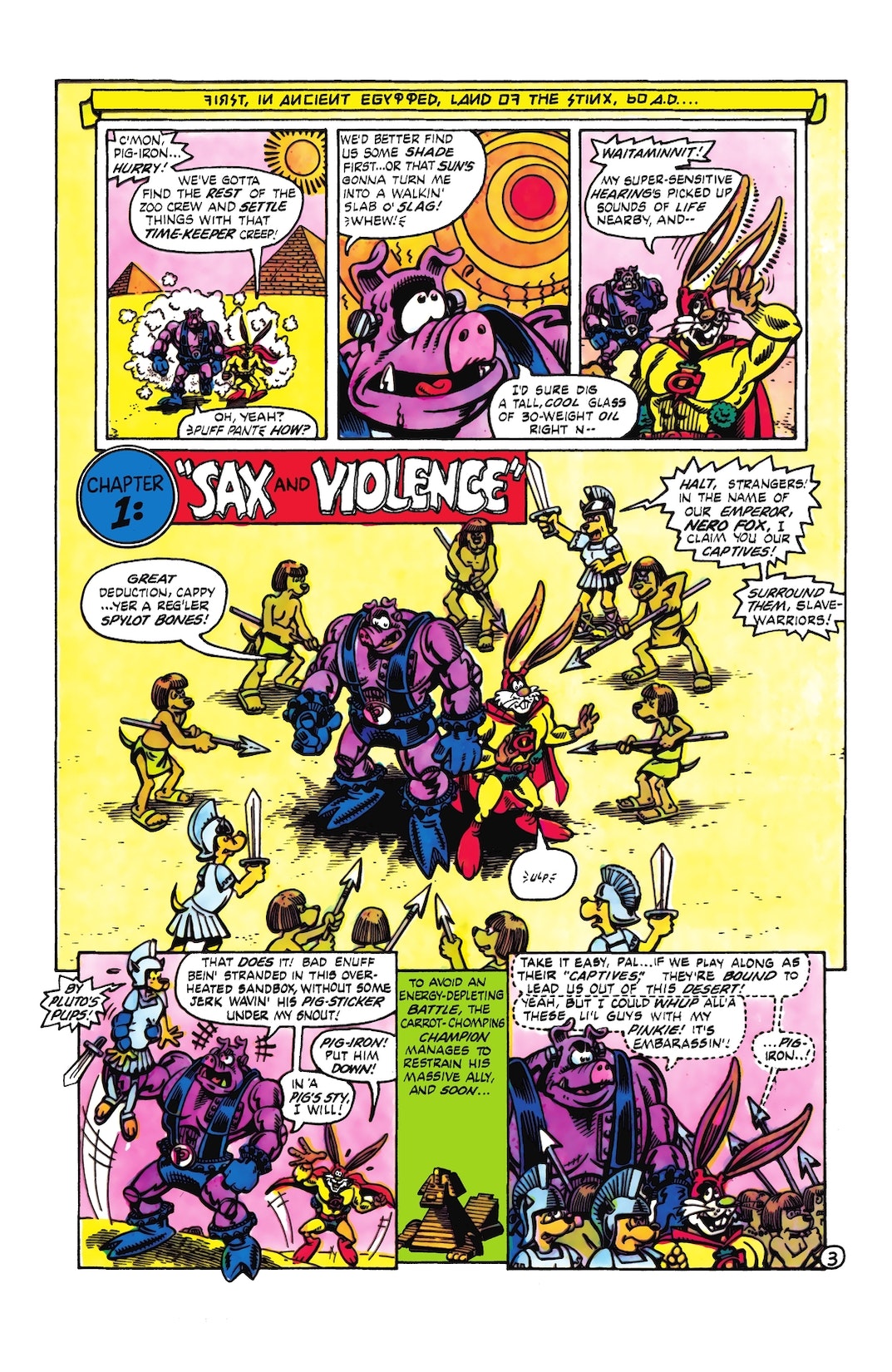 “…Something tells me this isn’t Grizzlyland!” Our favorite anthropomorphic adventurers have been thrown into the time stream, and getting home won’t be easy! How will Pig-Iron and Captain Carrot escape the gladiators of Roam? Can Yankee Poodle and Rubberduck defend the court of King Looey XIV? And just who is that quick-footed friend Rubberduck has met in the Second Weird War?